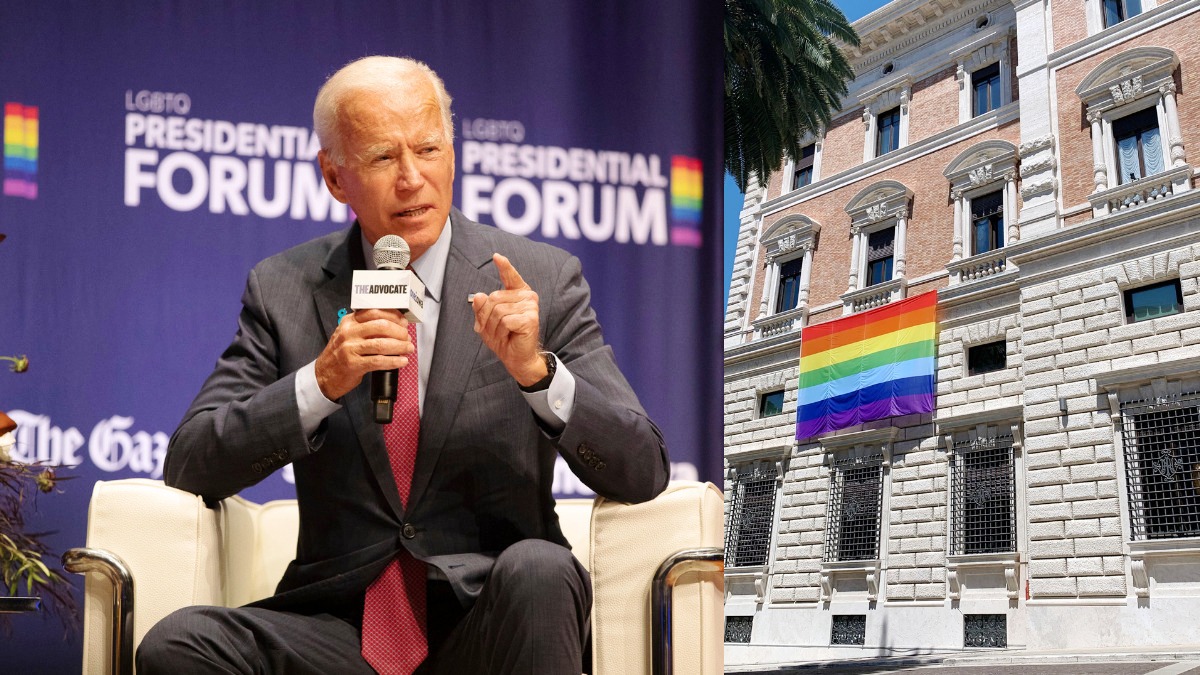 Gay pride month starts today. Throughout the month of June, “Pride Month” will be celebrated around the world as activists call for greater affirmation and equality for the LGBT+ community. President Joe Biden recognized “Pride Month” by issuing a presidential proclamation:

“My Administration is taking historic actions to finally deliver full equality for LGBTQ+ families. On my first day in office, I signed an Executive Order charging Federal agencies to fully enforce all Federal laws that prohibit discrimination on the basis of gender identity or sexual orientation. As a result, the Federal Government has taken steps to prevent discrimination against LGBTQ+ people in employment, health care, housing, lending, and education.” [1]

“NOW, THEREFORE, I, JOSEPH R. BIDEN JR., President of the United States of America, by virtue of the authority vested in me by the Constitution and the laws of the United States, do hereby proclaim June 2021 as Lesbian, Gay, Bisexual, Transgender, and Queer Pride Month. I call upon the people of the United States to recognize the achievements of the LGBTQ+ community, to celebrate the great diversity of the American people, and to wave their flags of pride high.” [1]

The U.S. Embassy to the Holy See celebrates #PrideMonth with the Pride flag on display during the month of June. The United States respects the dignity and equality of LGBTQI+ people. LGBTQI+ rights are human rights. pic.twitter.com/Xentlnr16E

Joe Biden also sent a message to his diplomatic ally, Pope Francis, by hanging the LGBT+ flag at the US Embassy in the Vatican. Under Joe Biden and Pope Francis, the LGBT+ agenda must be proclaimed to the world through proclamations, policies or by hanging flags on balconies. The beast and its image (the Vatican and US) will assume the name “Christianity” but will be void of divine content and biblical truth (2 Timothy 3:5).

If Pope Francis and Joe Biden really cared about equality and about human rights of LGBT+ people, they would fly the rainbow flag in these predominantly Muslim nations and support gay, lesbian, bisexual and transgender pride at ALL their embassies. But they don’t. They only do it in the so-called “Christian” nations. This is disappointing and embarrassing and shows that globalists only give lip service to a cause when it is only politically expedient.

The Christian church and the Christian family in the West are in great crisis as biblical truth has been abandoned. We want God to conform to our views, rather than for us to conform to His word. For the church, there can be no discussion on any subject that does not refer to the Holy Scriptures. This is what the worldly spirit of relativism and secularism has done to the teachings of the church. There is an effort to separate the teachings of the Bible from our beliefs. And a church that has embraced the word of God as the source of all truth cannot embrace the radical ideas of the LGBT+ movement.

“Preach the word; be instant in season, out of season; reprove, rebuke, exhort with all long suffering and doctrine. For the time will come when they will not endure sound doctrine; but after their own lusts shall they heap to themselves teachers, having itching ears; And they shall turn away their ears from the truth, and shall be turned unto fables.” 2 Timothy 4:2-4.