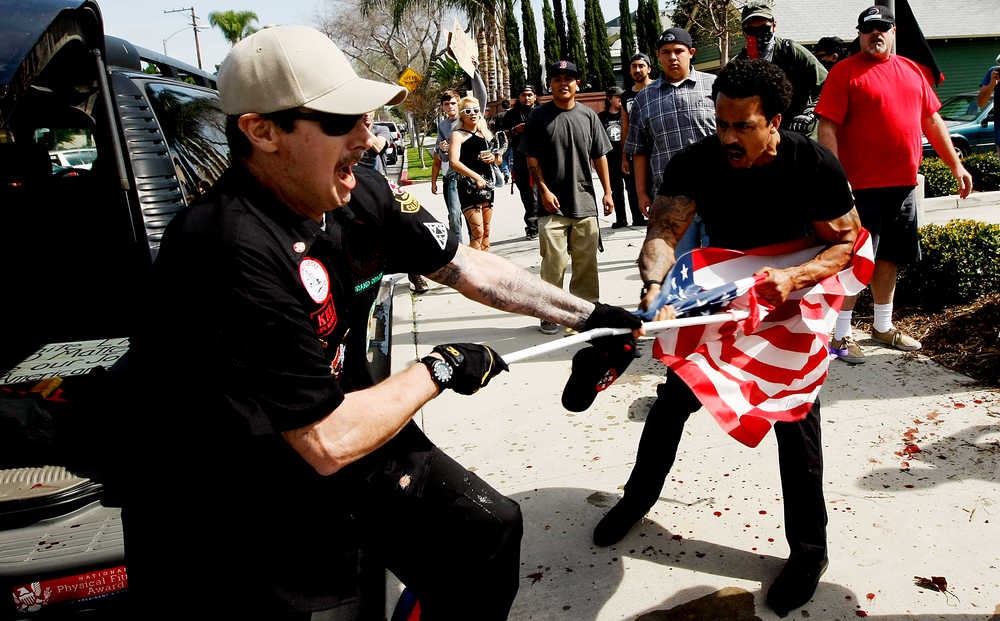 What causes the collapse of a civilization? Is it political corruption, inflation, foreign invasion or economic stagnation? There is no question that all of these weaken the strength of any country. But God’s word tells us that He will send strife among those nations that forget Him, so that in the trials and tribulations, they may hopefully remember from where their help comes.

The ancient prophets predicted internal strife among certain nations. Egypt, in the prophetic word, is a symbol of those who no longer regard their Creator and who refuse to humble themselves before the Lord. It was in Egypt when these famous words were said, “And Pharaoh said, Who is the LORD, that I should obey his voice.” (Exodus 5:2).

This internal, national strife has been witnessed throughout every civilization where the messages of God are rejected. These fateful predictions will come upon any and all societies that are in spiritual and moral decline.

“And the brother shall deliver up the brother to death, and the father the child: and the children shall rise up against their parents, and cause them to be put to death. And ye shall be hated of all men for my name’s sake: but he that endureth to the end shall be saved.” (Matthew 10:21, 22).

We have some serious problems in our nation this 4th of July. We have a situation where 1/2 the nation of Americans believes the other half to be traitors. Then we have the second half who accuses the first half being anti-American.

We have one half of Americans who celebrate the 4th of July with a sense of national pride and meaning, while the other half view this type of nationalism as arrogant and racist. We have millions of Americans who will honor the 4th of July with great admiration and respect to our flag, and then we have so many who make a mockery of our national festivals and who will burn our flag and blame everything evil in this world on America.

This is the kind of division that is playing out on the streets of every city in our nation, day in and day out. No faithfulness, no cooperation, no middle-ground, no compassion, no mercy, no moral honesty or a sense of brotherhood. No one’s conscience is moved to a sense of urgency to help one another as God has commanded us.

Instead we see mostly “swearing, and lying, and killing, and stealing, and committing adultery, they break out, and blood toucheth blood.” (Hosea 4:2).

And if this terrible state of affairs continues without any regard to man or to God, the Lord has decreed the following: “Therefore shall the land mourn, and every one that dwelleth therein shall languish.” (Hosea 4:3).

And if in our anguish we refuse again to turn nigh unto God, then there will be a final solution to all societies who refuse to repent. Hosea prophesied that if Israel refused to change her ways that the literal fall would soon follow its moral fall:

“And the pride of Israel doth testify to his face: therefore shall Israel and Ephraim fall in their iniquity; Judah also shall fall with them.” (Hosea 5:5).

Civilizations have come and gone, yet God’s word will remain forever. When Israel finally fell for the last time during the Roman siege of Jerusalem, she was plagued with internal division and strife and great was the fall. Aside from internal division, Israel experienced all the other factors – inflation, economic stagnation and foreign invaders. These days are just before us again, and they should be a warning to our citizens here in America.

“But Israel had spurned the divine protection, and now she had no defense. Unhappy Jerusalem! rent by internal dissensions, the blood of her children slain by one another’s hands crimsoning her streets, while alien armies [terrorism] beat down her fortifications and slew her men of war!” (Great Controversy, p. 29).

Is this not a picture of what is happening here in America and to the rest of the world? May God help us to open our eyes.