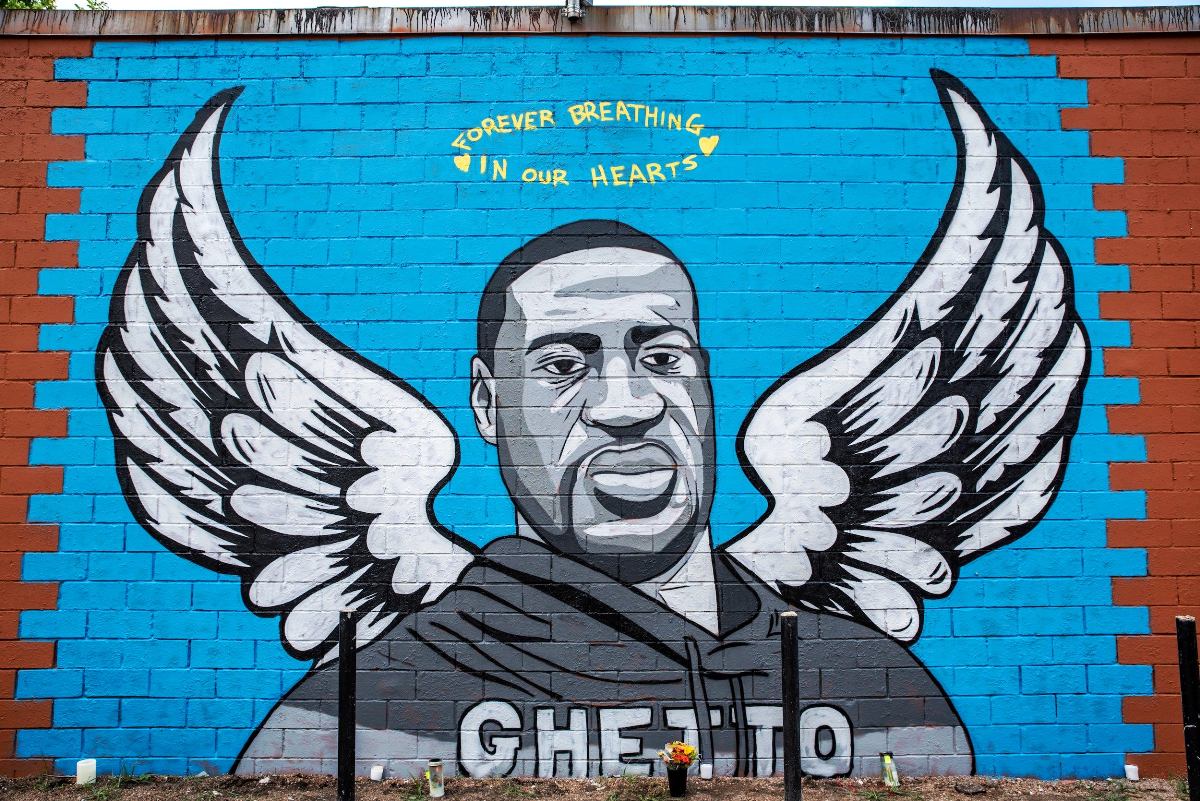 The murder of George Floyd by the police has garnered worldwide attention and sparked a national debate on the subject of police brutality. His death was truly a tragedy. But there is a marketing side to this tragedy and some are taking advantage of it. There are George Floyd shirts, hats and even underwear that are being sold. Yes, you heard it, underwear. You can purchase 3 pairs of George Floyd R.I.P. underwear for $18. [1]

Clearly, people are embracing the George Floyd fame and are trying to capitalize on it. Everyone is trying to see how they can use this tragedy to advance their own ambition or personal agenda. Merchants are making money, political opportunists are pandering for votes, musicians are selling their new songs and social revolutionaries are implementing their Marxist propaganda. Unfortunately, few are trying to see how this tragic death can be used to IMPROVE our relationships here on earth.

Even the Jesuits are riding the George Floyd wave. What the Jesuits are doing is outrageous and shameful. The Jesuits are elevating the death of George Floyd to the status of sainthood by canonizing him on the same level of Mother Theresa and the Virgin Mary. Roman Catholics hold the belief that we can pray to certain dead people or “saints” and ask them to intercede for us in heaven. Usually, the process towards sainthood within Catholicism is long and tedious and the candidate must demonstrate heroic virtue. [2] Not anymore!

Father James Martin, S.J. is a prominent Jesuit priest and editor for the American Magazine, the official publication for American Jesuits. [3] Not only has this Jesuit Priest compared the death of George Floyd to the death of Jesus Christ, but he is also calling upon the dead, George Floyd, to make intersession for us in heaven before God, a work that belongs only to Jesus!

After being brutalized and humiliated by civic authorities, and being pushed to the ground as a crowd watched, this innocent man was killed ultimately by asphyxiation, not by a loss of blood, and in his final moments, he cried out for a drink of water and spoke to his mother. pic.twitter.com/3BT2s3xg5B

In the tweet above you will see George Floyd’s death being compared to the death of Jesus. Below, you will see the heretical lunacy of the Jesuit priest as he “unofficially” canonizes George Floyd into a saint and calls upon him to pray (intercede) for us:

This is not a great day for #GeorgeFloyd, who only wanted to breathe. Or for his family or friends who wanted him to live. May Mr. Floyd pray for us in heaven, forgive us for the violence we did to him, and for the disgraceful lack of sorrow, mourning and remorse shown here. https://t.co/vkM32bCoim

The Jesuits are on board with the whole Black Lives Matter movement and apparently there have been no objections over the veneration of the deceased person of George Floyd. George Floyd has departed, and according to the Jesuit James Martin, we can pray that he may intercede for us in heaven.

I'm so proud of my brother Jesuit and former boss. AMDG. https://t.co/yqKo23wYOE

The Bible clearly prohibits us from communicating with the dead. God’s word calls it an abomination whenever we “call upon” the “dead.” (Deuteronomy 18:9). This is pure spiritualism and apostasy to attempt to speak with George Floyd. But the Jesuit priest, James Martin, has the support of Pope Francis, and is also an avid advocate of the LGBT+ agenda.

Dear friends: Thanks for all your prayers over these last few days of meetings, which I had asked for when I left. So far I've shared the stories of #LGBT people with the Pope and Vatican officials and have tried to build bridges. I'll continue to do so in Rome until I return! pic.twitter.com/wm2ssrWBUn

We are not trying to impugn the death of George Floyd or lessen the tragedy. We fully support black Americans and anyone who is treated unfairly. But we will never be able to support the commercialization or politicization of this tragedy. Many people and organizations are promoting their own religious or political ambitions that have nothing to do with helping to uplift the oppressed.

Even the political organization called “Black Lives Matter” is exploiting George Floyd. Black Lives Matter is pushing an agenda that is completely incompatible with the word of God. They are advocating for abortion, gender theory, the LGBT+ movement, the abolishment of ALL law enforcement, the destruction of the traditional, biblical family, the end of capitalism, feminism and in many cases, riots. This has nothing to do with helping the persecuted and everything to do with starting a Marxist/Socialist/Jesuit revolution in America.

I have an update on the signage at my church. I love my congregations pic.twitter.com/eFmNIcpzcm

Why in the name of God would Seventh-day Adventists stand in solidarity with an organization that seeks to destroy His word? [4] [5] [6] We are losing our souls whenever we support revolution and not repentance. In the photo above you will see an image posted by Stephen Hall, pastor of the Portage Seventh-day Adventist Church in Portage, WI. Rather than promoting half-political truths, we are supposed to preach against sin and call people to confession and obedience to the word of God.

The picture above comes from a Seventh-day Adventist Church in Lauderdale Lakes, FL. Too many Seventh-day Adventists are losing their biblical convictions and identity. We are embracing the philosophies of those who have worldly, reprobate minds. Read for yourself and learn about the mission of the Black Lives Matter organization. [7] How can a member of the Remnant Church of Bible Prophecy stand with an organization that denies God’s word and makes a mockery of Him? They stand united with the world under the gay pride flag; we stand under the blood-stained banner of Christ that is inscribed with the commandments of God and the faith of Jesus (Revelation 14:12).

The failed and broken policies of the Black Lives Matter organization are not godly, biblical or Christian and will not solve the problems we face today. Resentment and hatred will only generate more division. Have we not read our Bibles? The answer is not found in some policy but in a person, Jesus Christ (John 15:11).

How can we not see that it is only through the incarnation of the Son of God into our lives that we can have true lasting peace and rest (John 14:27)? Only when men and women are restored into the image of God through Christ can we dwell in safety (Joshua 21:44). There is no other way.