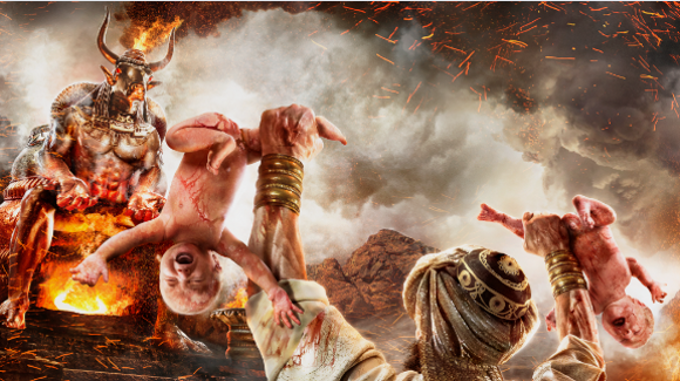 There is an immense cloud of death and judgment hovering over our nation. We live in a generation that loves death. We applaud and celebrate it and somehow we just can’t have enough. We are following in the footsteps of ancient Israel who adopted the cult of death and sacrificed their babies to the gods of the Canaanites.

We now have today one of the most radical, pro-abortion pieces of legislation ever passed. Last week the New York State Legislature enacted a new law called the “Reproductive Health Act.” [1] This law has nothing to do with reproduction or health. It has everything to do with death. It decriminalizes all abortion procedures and makes them legal even up to the time of a baby’s due date. Doctors and midwives can now eliminate full-term, unborn babies with no questions asked.

This new law also “revokes medical care for babies who are born alive after botched abortions.” [2] This means that any baby who happens to survive an abortion can now be refused medical attention. In other words, they can legally “finish off” a live, new-born baby that has excited their mother’s body due to a failed abortion procedure!

Here’s what is even more disturbing. When this law was passed, and when the provisions to revoke medical care to babies who survive abortions was announced, the state legislators in New York erupted into cheers and applause!

This is the sound from the NY Senate chamber after the 38-24 vote to:

– Add abortion to the NY Constitution

How did Americans become so hardened and so desensitized? How can rational human beings support this kind of horrific and hideous evil? We have truly become a death-obsessed culture. America has a terminal disease from which we will never recuperate.

New York now has the Statue of Liberty, the Empire State Building, Central Park and the new baby-killing tourism – guaranteed to terminate the pregnancy, even if it survives the abortion. There are no words for this. We have lost our conscience and our way. Truly we are living in the end times. The Lord will soon arise and bring an end to all this because dignity and morality means nothing anymore to a culture that has lost all respect for the unborn and for the sanctity of life. As Jeremiah rightly declared, this is truly over-passing the “deeds of the wicked.”

“They are waxen fat, they shine: yea, they overpass the deeds of the wicked: they judge not the cause, the cause of the fatherless, yet they prosper; and the right of the needy do they not judge. Shall I not visit for these things? saith the LORD: shall not my soul be avenged on such a nation as this? A wonderful and horrible thing is committed in the land.” Jeremiah 5:28-30.

“God keeps a reckoning with the nations. Through every century of this world’s history evil workers have been treasuring up wrath against the day of wrath; and when the time fully comes that iniquity shall have reached the stated boundary of God’s mercy, His forbearance will cease. When the accumulated figures in heaven’s record books shall mark the sum of transgression complete, wrath will come, unmixed with mercy, and then it will be seen what a tremendous thing it is to have worn out the divine patience.” (Testimonies, Vol. 5, 524).