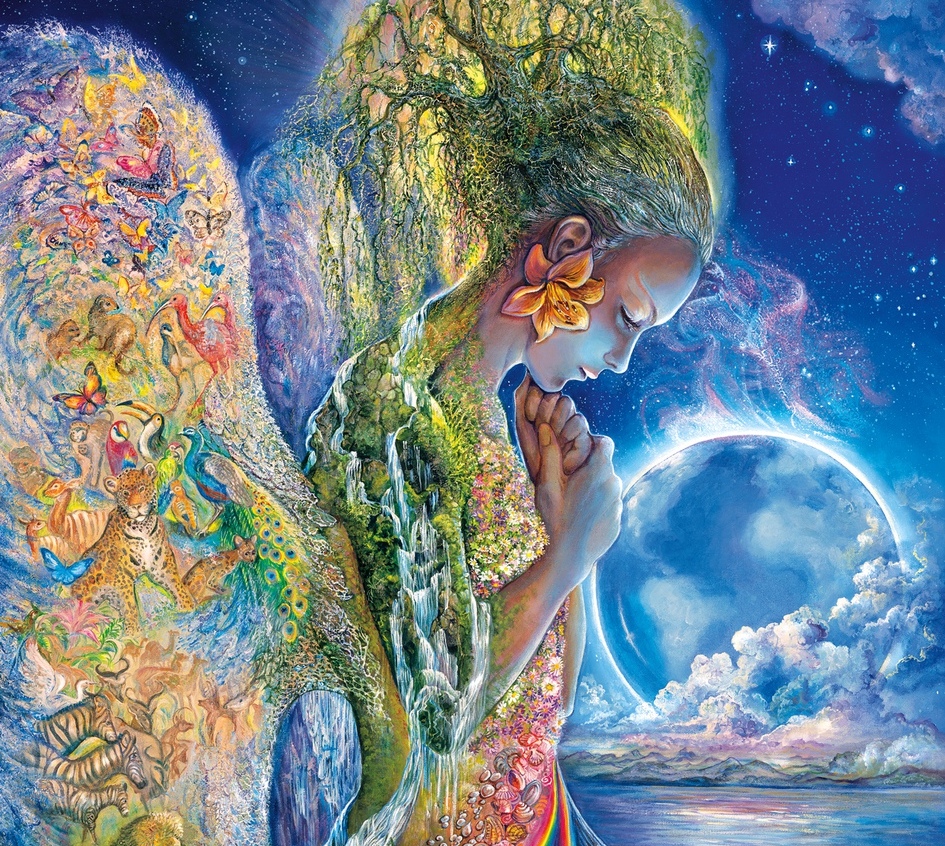 Adventist churches in Germany have published a new initiative on the environment called “Sustainable Faith.” Both the leadership of the North German Union Conference of Seventh-day Adventists and the South German Union Conference of Seventh-day Adventists have replaced the faith of Jesus (Revelation 14:12) with a new “sustainable faith” on the environment.

They talked about the need of protecting the environment and quoted from the United Nations Environmental Program (UNEP). They also discussed the need of “networking” together with other “Christians” to “support one another in this matter.” They stated:

“Climate change is also a concrete threat to our livelihoods … The picture is also very clear when it comes to faith and sustainability: over 90 percent believe that it is the Christian mandate to preserve creation … The environmental awareness study by the Federal Environment Ministry (2018) had already found that climate protection and sustainability received high affective and cognitive approval rates among the population.” [1]

This has become the new preoccupation as the two Seventh-day Adventist Union Conferences in Germany met to announce their ecological intentions moving forward. The urgent challenge is to protect our common home. They plan to work together with religious and government authorities to seek a sustainable and integral development. This is a new mission and the new “sustainable faith” that will shape the future of our planet.

This is the same rhetoric that Rome and the United Nations propose in their calls for ecological conversion. And now our union conferences have just announced their plan to redeem the planet. This is not a vision on how to save souls as Jesus commanded us in Matthew 28:19, 20. This is not an initiative to reaffirm our commitment to take the Three Angels’ Messages to the world. No.

This is the same narrative outlined in Laudato Si’, the Pope’s climate agenda, on how to heal the planet. Our churches are now looking for solutions on how to reverse the damage that is being done to the earth. Really? What about the damage being committed against God’s law? How about the offenses being committed against God and our fellow men? Not one word about this appears in their new climate statement. 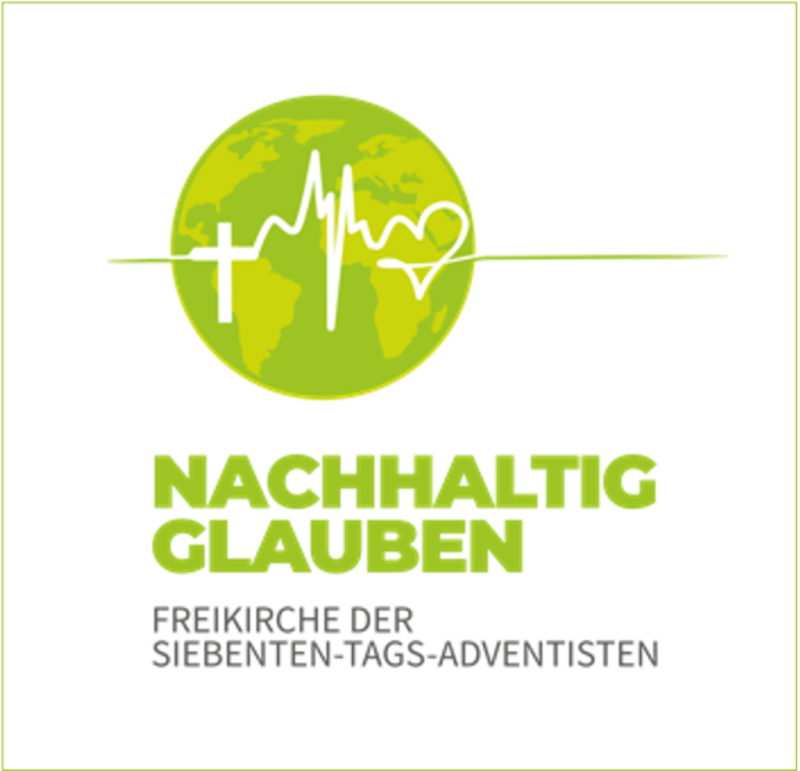 The new logo for the Adventist initiative “Sustainable Faith”.

The new chief concern is over the sins against the trees, the rocks, the wind and the animals. The environmental sins have become more urgent than the sins against God’s law. Where is the public concern about the fate of people who are becoming more and more secular and irreligious with each passing day? What about the souls that are dying today without the everlasting gospel? Where is there concern for the hundreds of millions of children being aborted every year? No, there is no call for ending this tragedy!

The new initiative goes on and on about the environment and our duty towards the earth. Not one word about what should really concern God’s people – the fate of mankind and our eternal destiny. There is not one word about our planet being in rebellion against God. There is nothing about the worldwide apostasy described in Revelation 13, 17 or 18 that is forming before our eyes. No, Rome’s new Green Controversy has replaced God’s Great Controversy and the final battle will not be over the souls of men and women; rather, the final battle will be over the ecology.

This is a fulfillment of what the Spirit of Prophecy said would occur in our day. Sadly, the mission of the church has been aligned with the world. A complete reorientation of our priorities is taking place. We are witnessing with horror the landmarks of the faith, the pillars which we hold very dear, are being abandoned, one after the other. This abandonment is occurring through a pervasive new attitude that is producing a complete reorientation of the Church. This reorientation would come about through the stealthy implementation of certain policies—policies that are designed to make us just like every other church.

“I was told that men will employ every policy to make less prominent the difference between the faith of Seventh-day Adventists and those who observe the first day of the week. In this controversy the whole world will be engaged, and the time is short” (Selected Message, Book 2, p. 385).

The new sustainable faith is an attempt to redefine the work of the church by means of social action rather than through the presentation of the truth. When environmentalism enters the church, the preaching of present truth begins to decline and a new agenda of saving the planet begins to evolve. So what do we do? Should we carry on with the straight testimony to the world and to the church, and not become sidetracked through green sustainability? Or should we form strategic alliances with Rome and other international organizations to fight for environmental justice in order to become a much more effective witness?

“The Lord designs that the proclamation of the third angel’s message shall be the highest, greatest work carried on in our world at this time … This message is the gospel message for these last days, and in no case is it to be overshadowed by other interests, and made to appear an unessential consideration” (Manuscript Release, vol. 9, p. 82).

“God has not called His people to ignore present truth for these last days, and take up a work that so absorbs workers and means that the Lord is not represented as He would otherwise be.” (Ibid. p. 84).

“The truths contained in the Revelation are to be taught, and we are all to learn the lessons of the fearful import of the things to transpire in these last days of this earth’s history. You have lost sight of these things. Other things introduced by you have not come in under the instruction of God.” (Ibid. p. 86).

“There are many places where the means should have been appropriated to make aggressive warfare … Every stroke should tell for God and His holy Sabbath. That is to stand out in all our work distinctly and pronounced, to be a witness that the seventh day is the sign, the seal of God. The Sabbath is to be exalted and made prominent more than is done now.” (Ibid p. 88).

It is hard to imagine anything more basic to the Seventh-day Adventist faith than to wake up the inhabitants of the earth through the proclamation of the First, Second, and Third Angels’ messages. Environmental sustainability has trumped the preaching of the Third Angel’s Message, what Ellen White called the “highest, greatest work.” We are now engaged in a life-long, never-ending struggle for environmental justice which will certainly consume all of our time and energy in an attempt to create a perfect utopian society in this world. Our pioneers were a different kind of Adventist than the people we have become. To them the Third Angel’s Message was their primary burden.

“Our people need to be silent upon questions which have no relation to the third angel’s message.” Selected Message, Book 2, p. 336.

Notice, only those who hold fast to the faith which was once delivered unto the saints, the Three Angels’ Messages, in context to the everlasting gospel, will in the end triumph under the power of the Latter Rain.

“The bulwarks of Satan will never triumph. Victory will attend the third angel’s message. As the Captain of the Lord’s host tore down the walls of Jericho, so will the Lord’s commandment-keeping people triumph, and all opposing elements be defeated.” (Testimonies to Minister, p. 410).