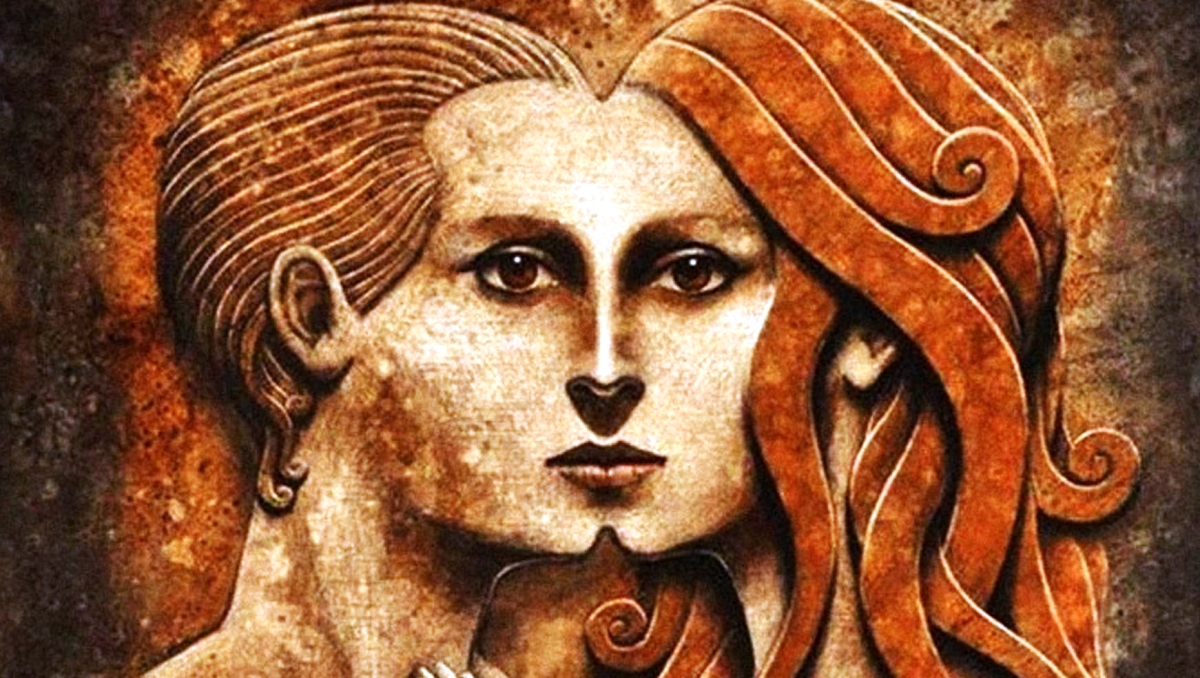 The image of God is being erased.

Adventist Health allows its physicians to perform gender affirming surgeries such as mastectomies and hysterectomies for transgender men (women transitioning into men) at its facilities. Also, “within” the Adventist Health “system,” physicians can provide gender-affirming hormone therapy. This information was disclosed by the California State Attorney General’s Office.

All of this came to light as a result of Adventist Health’s plan to take over Delano Regional Medical Center in 2019. Because hospitals in California receive most of their revenue from Medi-Cal, California’s Medicaid insurance. All business mergers of organizations that receive public money must be approved by California Attorney General Xavier Becerra. (And it’s not a surprise that Joe Biden chose California Attorney General Xavier Becerra to be director of the US Department of Health and Human Services [1] because of his radical and liberal views on health.)

So what were the requirements that Xavier Becerra gave to Adventist Health? They are contained in a 17-page “Affiliation Agreement” dated November 19, 2019 and prepared by the Attorney General’s office. This was a “temporary” approval given to Adventist Health to acquire Delano Regional Medical Center based on certain conditions. Notice what Section “XV” says on page 8:

“There shall be no discrimination against any lesbian, gay, bisexual, transgender, or queer individuals at Delano Regional Medical Center. This prohibition must be explicitly set forth in Central California Foundation For Health, Adventist Health System/West, and Adventist Health Delano’s written policies applicable at Delano Regional Medical Center, adhered to, and strictly enforced.” [2]

With all these worldly corporate mergers and acquisitions, we have lost the battle and have surrendered to the LGBT+ movement. This “written” and “enforced” policy is completely incompatible with the Bible. We have administrators who are confused about sexuality. These clueless and compromised Seventh-day Adventists see nothing wrong with the state dictating our new “legally binding” LGBT+ policies.

We will focus on pages 15-17 of the California Attorney General’s document that posed 8 direct questions to Adventist Health about abortion and transgender issues. We will briefly examine questions 1 through 6 that addresses abortion and then questions 7 and 8 that deal with gender affirming surgeries and hormone therapy.

Attorney General Becerra asked 6 questions about abortion. The questions and answers basically say that Adventist Health does not interfere with the “wishes” of the patient or the “judgment” of the physician. Although Adventist Health says they do not perform “elective” abortions, they do allow what are called “medical” abortions for “medical” reasons (protecting the life of the mother or birth defects).

Surprisingly, when asked in Question #2a about “medication” abortion (mifepristone), a drug that terminates a pregnancy (kills the baby) that is 10 weeks or less, Adventist Health responded that the “organization will allow prescriptions” based at the discretion of the “physician but does not support abortions on demand.” [2] So, although they have an established policy, they do not interfere with the will of the patient or the discretion of the individual physician.

Secondly, and even more concerning, Adventist Health was asked in Question #5 about abortion referrals. In other words, if they don’t perform abortion on demand, will they at least refer their patients to doctors who do? Their answer was yes. Notice what Adventist Health said:

“Abortions are not performed on demand. The clinical team and providers would refer the patients based on her wishes. Adventist Health as a system does not interfere or guide those referrals. The decisions are between the physician and the patient. Adventist Health does support the patient’s wishes for such a referral as feasible and possible.” [2]

Most Catholic hospitals refuse to refer their patients to “on demand” abortion providers because they believe that such “direct referral would have made Catholic hospitals complicit.” [3] But Adventist hospitals have no problem making those referrals. You see, that’s what California wants to hear. They want to make sure that people seeking abortion services get the help they need, and our hospitals are more than willing to tell mothers where they can get abortion services “on demand.”

Questions #7 and #8 specifically address transgender surgery, therapy and services. We will show the question and answer in its entirety and in its original, including  the parentheses:

Q7. What treatment or referrals does Adventist Health provide for patients with gender dysphoria, (such as hormone therapy and gender-affirmation surgery)? [4]

That is the original question. We have not added anything. The question has to do with affirmation services for transgender people, such as women who want to become men. Notice their answer:

Answer: A physician can refer their patients as the patient wishes and the physician recommends. It is between the physician and their patients. Adventist Health does not direct care and would support our patients based on their wishes. Within our system some physicians provide hormone therapy however none of our facilities currently provide gender reconstruction surgery. [4]

Seventh-day Adventist hospitals are providing referral services and hormone therapy treatments for people who want to change their sexual orientation. These so-called “medications” are designed to block hormones. For transgender women (biological men who wish to become women), estrogen injection therapy will block testosterone in men, thereby inducing femininity and transforming them into “women.”

For transgender men (biological women who want to become men), testosterone injections will suppress female characteristics and help increase masculinity in these women. We are talking about feminizing men and making women more masculine. We are helping people transition away from their assigned sex at birth! We do it for money, between $5,000 and $30,000 per person (the average cost for transitioning hormone therapy). This is more than affirming the world’s radical gender theories; Adventist Health is actually helping them make the transition! Notice question #8.

Q8. Assuming that it is medically indicated by their physician, do you provide any or all of the following health care services to all patients, including to patients who are seeking such services related to a gender transition: Hormone therapy, Hysterectomy, Mastectomy. [4]

This question is not about removing a woman’s breast or uterus because of cancer. The question has to do with a woman who has perfectly normal body parts, but because they want to transition into a man, would Seventh-day Adventist institutions provide these gender transition services? That is the question. Notice their answer:

Answer: Adventist Health does not direct hormone therapy, hysterectomies or mastectomies. It is a physician-patient decision and if elected could be done in our facilities. [4]

“Oh, but we don’t do gender reconstruction surgery.” No they don’t. Adventist Health only does gender affirming surgery. The hysterectomy (removal of the uterus, cervix, ovaries and Fallopian tubes) is for the purpose of affirming the new gender. Transgender men (women) want their internal anatomy to align with their gender. This is a huge, life-changing step in gender transition. And for around $20,000 (the average cost for a hysterectomy), Adventist Health will help you transition.

And a mastectomy (removal of the breast) is just another step towards physical manhood for female-to-male transgender patients. For only around $15,000 (the average cost for a mastectomy) Adventist Health can get rid of your female attributes. For only $15,000 a woman can have a chest that will look just like a man’s chest.

Well, the California Attorney General was very pleased with the responses, so on January 7, 2020, Delano Regional Medical Center joined the Adventist Health family. They celebrated with photos, balloons and a ribbon-cutting ceremony. [5] Finally, on June 22, 2020, Adventist Health also released the news of its acquisition of Delano Regional Medical Center, COMPLETE with the conditions that they agreed to abide by as outlined in the California Attorney General’s report. [6]

This is an unprecedented apostasy! It is inescapably obvious. This is a betrayal of God, our fellow men, the church and every Seventh-day Adventist. We no longer know what it means to be human, made in the image of God! This abomination defies God’s intentions for mankind regarding human sexuality. Seventh-day Adventists are surrendering to the powers and spirit of the world!

This is a dark period in the history of Adventism. We are faced with an apostasy that is headed by top leaders, followed by silent mid-level managers and supported by a careless ministry. The visible church is being turned into a pro LGBT+, pro ecumenical and pro humanistic swamp while lazy, men-pleasing messengers cry “peace and safety” (PK 142). They tell us, “Don’t worry, God will take care of everything, go back to sleep.”

Yes, God is going to resolve everything, but not in the way that most people imagine. Please read carefully the following inspired counsels that address the current situation taking place within Adventism:

“In these days He (God) has instituted no new plan to preserve the purity of His people. As of old, He entreats the erring ones who profess His name to repent and turn from their evil ways. Now, as then, by the mouth of His chosen servants He predicts the dangers before them. He sounds the note of warning and reproves sin just as faithfully as in the days of Jeremiah. But the Israel of our time have the same temptations to scorn reproof and hate counsel as had ancient Israel. They too often turn a deaf ear to the words that God has given His servants for the benefit of those who profess the truth. Though the Lord in mercy withholds for a time the retribution of their sin, as in the days of Jeremiah, He will not always stay His hand, but will visit iniquity with righteous judgment” (Testimonies, vol. 4, p. 165).

“He shows us that when His people are found in sin they should at once take decided measures to put that sin from them, that His frown may not rest upon them all. But if the sins of the people are passed over by those in responsible positions, His frown will be upon them, and the people of God, as a body, will be held responsible for those sins … God bids us speak, and we will not be silent. If wrongs are apparent among His people, and if the servants of God pass on indifferent to them, they virtually sustain and justify the sinner, and are alike guilty and will just as surely receive the displeasure of God; for they will be made responsible for the sins of the guilty” (Testimonies, vol. 3, pp. 265, 266).

“Who are standing in the counsel of God at this time? Is it those who virtually excuse wrongs among the professed people of God and who murmur in their hearts, if not openly, against those who would reprove sin? Is it those who take their stand against them and sympathize with those who commit wrong? No, indeed! Unless they repent, and leave the work of Satan in oppressing those who have the burden of the work and in holding up the hands of sinners in Zion, they will never receive the mark of God’s sealing approval. They will fall in the general destruction of the wicked” (Testimonies, vol. 3, p. 267).

“The plain, straight testimony must live in the church, or the curse of God will rest upon His people as surely as it did upon ancient Israel because of their sins. God holds His people, as a body, responsible for the sins existing in individuals among them. If the leaders of the church neglect to diligently search out the sins which bring the displeasure of God upon the body, they become responsible for these sins” (Testimonies, vol. 3, p. 269).