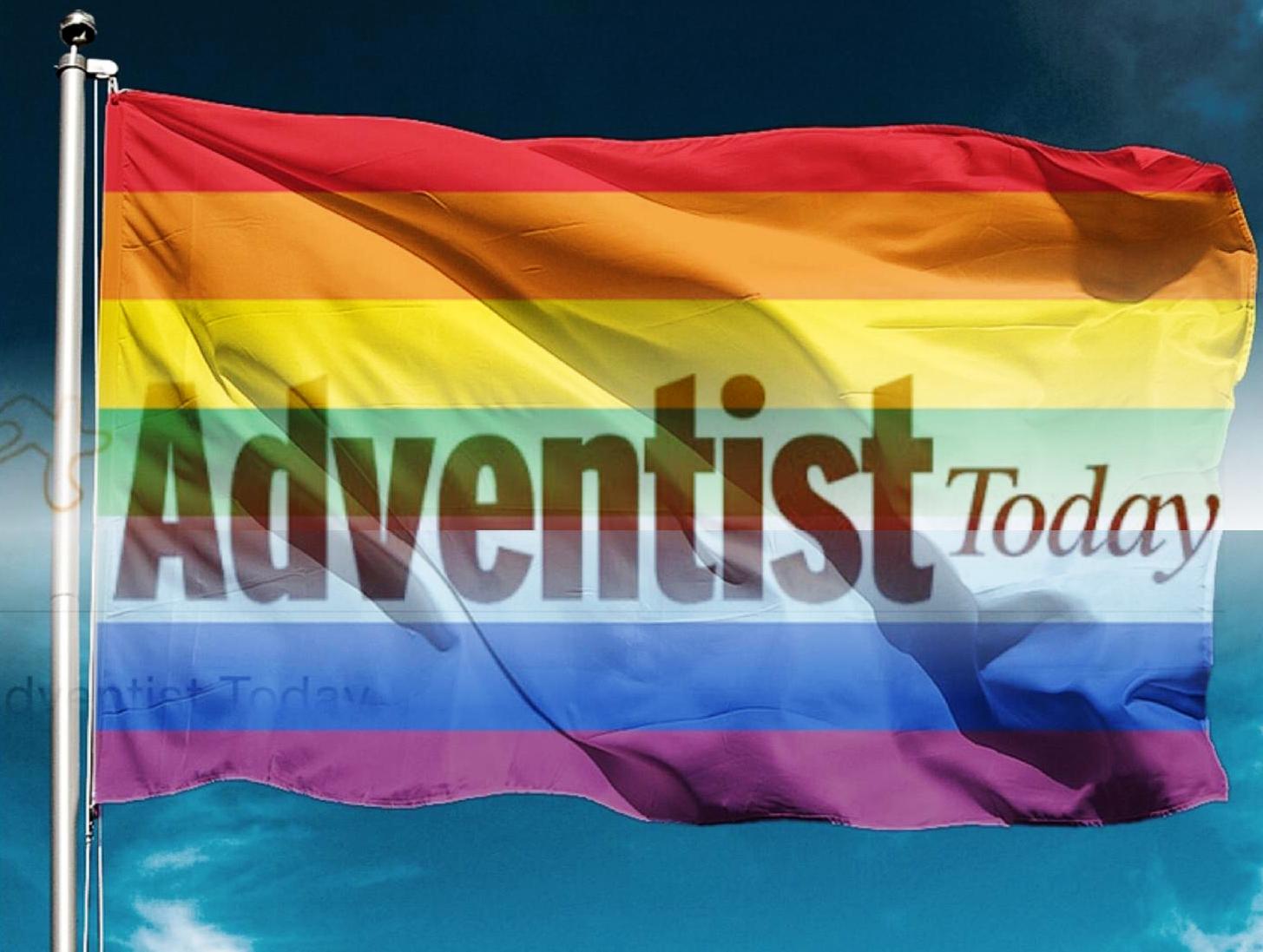 It is amazing to see the lengths which some will go in order to justify the homosexual lifestyle. Theological revisionists are doing their best to distort, lie and pervert the clear teachings of the Bible and to change the longstanding principles of our faith.

Whenever any Seventh-day Adventist media ministry, independent or otherwise, begins to tell you that homosexual relationships are all right and that God is fully supportive of it, you can be sure that a religious fraud is being perpetrated and that people are being led astray.

Such efforts deserve no support, no encouragement, and no endorsement. They are false teachers doing the work of the enemy, not God’s. Pray that maybe one day their eyes may be opened before it’s too late.

Here is part of what Adventist Today published in an article on August 4, 2019 and quoted in its entirety:

“The Bible does not condemn committed homosexual relationships, because it never contemplates such a thing. I was impressed by this statement from pastor and psychologist Dr. Smuts van Rooyen: “If you go beyond proof-texting, you’ll see that what the Bible authors opposed is homosexuality as a means of idol worship. … Every reference to homosexuality in the Bible has to do with pagan worship, not to loving, monogamous, and faithful persons who seek to live out the implications of the gospel as a faithful heterosexual couple would.” [1]

This has got to be one of the most anti-intellectual, clueless and misleading statements I have read in a long time. We expect atheists and militant homosexual activists to express this kind of blatant biblical illiteracy. But for a so-called Seventh-day Adventist media ministry to exalt worldly humanism above the clear teachings of God’s word – this is utterly tragic.

David, Abraham, Jacob and every other faithful man found in the Bible we’re in loving heterosexual relationships. Which of the patriarchs, prophets, apostles, watchmen, kings, elders, judges, scribes, rabbis or priests were in a “committed homosexual relationship?” There wasn’t any. They all had wives, and we can name their wives. The truth is that the Bible doesn’t condone homosexuality; it denounces it:

Dr. Smuts van Rooyen, who is quoted above by Adventist Today, is a former Seventh-day Adventist pastor who was fired from Andrews University. [2] He also had his ministerial ordination revoked by the church for denying our historic teachings on 1844, the investigative judgment, the 2,300 day prophecy and other fundamental beliefs. [2] And this pro-homosexual apostate is the expert that Adventist Today uses? How sad.

There would be no confusion on this subject if we would allow the Bible to interpret itself; but because of the inability of so many to engage in basic logic, basic reasoning and basic thinking when studying the Bible; we will look at the entire chapter of Leviticus 18. By analyzing the entire chapter we can debunk the other false charge of Dr. Smuts van Rooyen when he says that people use “proof-texting” (out of context verses) to establish God’s disapproval of homosexuality.

In Leviticus Chapter 18 God warns His people against following the customs and practices of the “Egyptians” and the “Canaanites” (Leviticus 18:1-3). So what were these practices? Let’s allow the Bible to tell us what they were.

Then in Leviticus 18:24-30 God goes on to warn the nation of Israel that these are the 5 cardinal sins that defile the land and these were the sins that caused the Canaanites to be “cast out” of the land. Therefore, God commanded His people to reject these “Egyptian” and “Canaanite” customs and instead embrace His commandments. Remember, Sodom and Gomorrah were cities in the land of Canaan.

Incest, adultery, child sacrifice (abortion), homosexuality and bestiality are all immoral under any and all circumstances. But Adventist Today is falsely claiming that if you can somehow remove homosexuality from the context of “idol worship” that this will make homosexuality acceptable to God. Really, where does the Bible say that? But why stop there? Let’s follow this faulty reasoning to its logical conclusion.

What if we remove beastiality from the context of idol worship? Will a loving, faithful relationship with an animal make this abomination acceptable to God? Of course not. How about adultery, incest and the killing of babies? Can these be justified and acceptable to God in a context outside of “idol worship?” No.

Yet Adventist Today is promoting the acceptance of homosexuality on the basis of human reasoning and philosophy and not on a plain “Thus saith the Lord.” They are saying that homosexuality can be justified as long as we remove it from the pagan, idol-worshiping context and place it into a loving, committed Christian context.

They are doing the very thing that God warns cannot be done. Adventist Today is committing the “terrible evil” of clothing the sins of “Sodom” under a “garb of sanctity:”

“Indulgence in unlawful things has become a power to deprave mankind, to dwarf the mind and to pervert the faculties. Just such a state of things as exists today existed before the flood and before the destruction of Sodom. Dissipation is on the increase in our world. Handbills on which indecent pictures are printed are posted up along our streets to allure the eyes and deprave the morals. These presentations are of such a character as to stir up the basest passions of the human heart through corrupt imaginings. These corrupt imaginings are followed by defiling practices like those in which the Sodomites indulged. But the most terrible part of the evil is that it is practiced under the garb of sanctity. Our youth will be defiled, their thoughts degraded, and their souls polluted unless they are barricaded with the truth” (Testimonies on Sexual Behavior, Adultery and Divorce, p. 120).

Homosexuality is not sanctioned by God in any context, pagan or Christian. You cannot shroud sin with a garb of sanctity and expect God to sanctify it. That’s what Rome has done. They have taken the pagan day of the sun and have attempted to remove this day out of the pagan context and make it the Lord’s Sabbath under a false garb of sanctity. The same lying spirit that was seen in Romanism is working it’s way into Adventism today.

I can see no greater example of mass rebellion and open apostasy among some Seventh-day Adventists than on this issue. So-called Adventists are embracing the homosexual agenda against the clear teachings of the Scriptures on human sexuality.

Adventist Today has become the perfect embodiment of what the Prophet Isaiah warned about. They seek to celebrate and praise the very thing God calls a blasphemous sin. What God calls an abomination they call acceptable. What God calls vice they call virtue. These arrogant, defiant men-pleasers are trying to introduce this moral depravity into the church.

Whenever misguided church members fully embrace the homosexual movement by becoming part of their propaganda machine to spread the LGBT+ lifestyle – this becomes the very definition of a full-blown apostasy. This is a renouncing of biblical faith that Ellen White predicted would come. This is the rejection of Christ and of Christianity. This is a fulfillment of the words of Jesus who said that false prophets and teachers would arise.

Why? Because God has not changed His will for the human race:

“Then the Lord God said, ‘It is not good that the man should be alone; I will make him a helper fit for him’ … and the rib which the Lord God had taken from the man he made into a woman and brought her to the man.” Genesis 2:18, 22 (Revised Standard Version).

God Himself made a “fit” or an appropriate partner (a woman) or Adam. Jesus affirmed this one man and one women relationship when He said:

“Have ye not read, that he which made them at the beginning made them male and female, And said, For this cause shall a man leave father and mother, and shall cleave to his wife: and they twain shall be one flesh? Wherefore they are no more twain, but one flesh. What therefore God hath joined together (one man and one woman), let not man put asunder.” Matthew 19:4-6.

Marriage and sexual intimacy was designed by God for one man and one women committed to each other in holy matrimony. Anything outside of God’s design is sin and Jesus commanded that no one should change or “put asunder” God’s original plan for His creation.

The homosexual invasion of the churches is happening everywhere, and now it is making its way into Adventism. Adventist Today, an independent media ministry, has the support of the Pacific Union Conference of Seventh-day Adventists, a church entity that is promoting their events. [3] Adventist Today also has the support of many Seventh-day Adventist Church pastors and church university professors across America who attend and speak at their events. [4]

We can and should pray for them that one day they can come to their senses and realize what a catastrophic mistake they are making. Maybe some might repent and come back to Christ. But until this happens God’s people must stand up against this attack on the faith. We must act quickly to protect the name of Christ and warn others of this rebellion that is attempting to drag everyone down into this depravity, this sham mockery and this clear rejection of biblical truth.