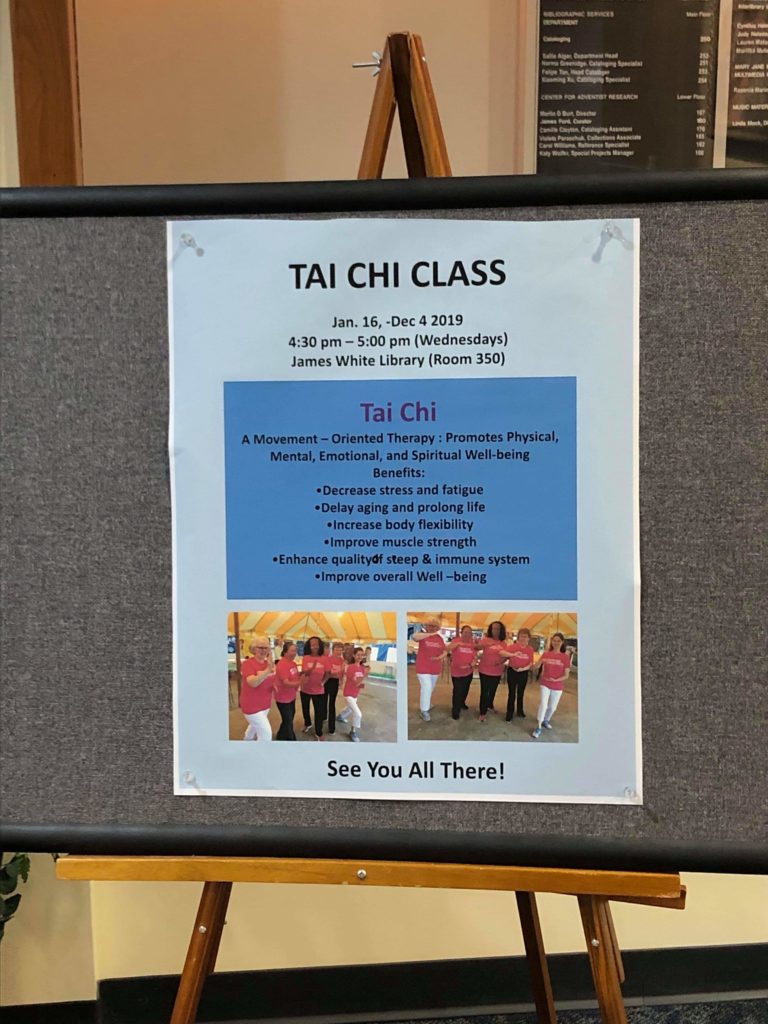 “Thou, LORD, have abandoned your people, the descendants of Jacob. They are full of superstitions from the East; they practice divination like the Philistines and embrace pagan customs.” Isaiah 2:6.

In the James White Library at Andrews University you can now sign up and take classes on “Tai Chi” to fight stress, end fatigue, enhance your immune system, prolong life and increase your overall well-being. [1] Tai Chi is an eastern art that is based on the Ying and Yang philosophy of uniting mind, body and soul. Its artistic movements are designed to channel energy from within you in order to bring healing and peace. It brings you into harmony with nature and the universe (pantheism).

Some will argue and say that Tai Chi is only an innocent exercise program, but it’s not. If it were just an exercise class then they would call it an “exercise” class, but they don’t. They call it “Tai Chi” because the techniques and movements being taught at Andrews University are the same ones used by the Taoist monk from China who invented this ancient practice.

This 6 minute video from China shows you the origin and philosophy behind the movements of Tai Chi – the same ones being taught at Andrews University.

These are the same eastern, pantheistic philosophies that Dr. John Harvey Kellogg introduced into Adventism over 100 years ago. Fortunately our pioneers resisted this attack against the faith and spoke out against them. God had to intervene and both the Battle Creek Sanitarium and the Review and Herald offices were burnt down to the ground for promoting these pagan teaching in the Seventh-day Adventist Church (See Publishing Ministry, p. 71).

When are we going to learn and what is it going to take this time? And what’s wrong with the simple remedies and the 8 laws of health that are found in the Bible and Spirit of Prophecy – that we have to turn to Eastern superstitions to find healing?

Have we become like Ahaziah, the King of Israel,  who when he was sick said to his messengers: “Go, enquire of Baalzebub the god of Ekron whether I shall recover of this disease. But the angel of the LORD said to Elijah the Tishbite, Arise, go up to meet the messengers of the king of Samaria (Israel), and say unto them, Is it not because there is not a God in Israel, that ye go to enquire of Baalzebub the god of Ekron?” 2 Kings 1:2, 3. 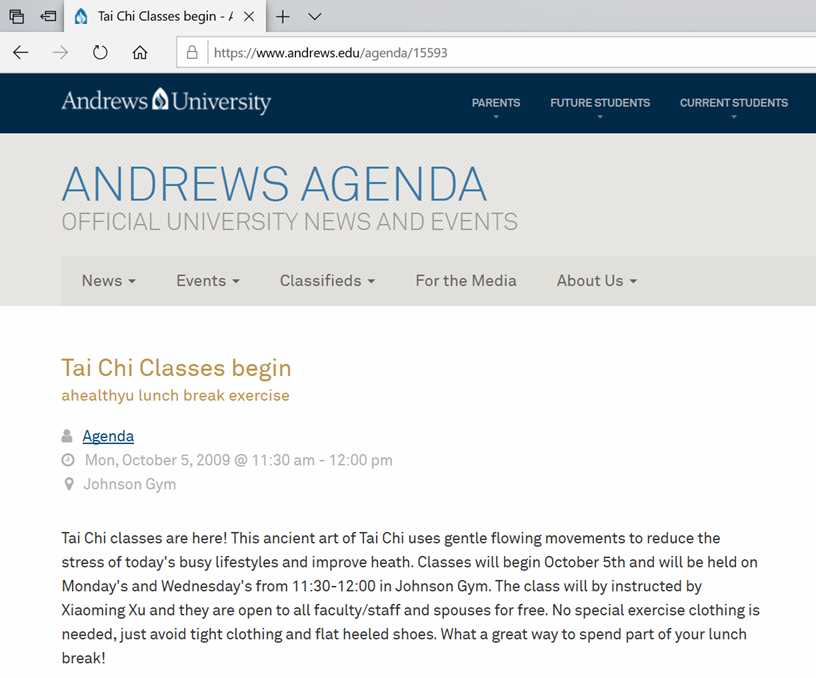