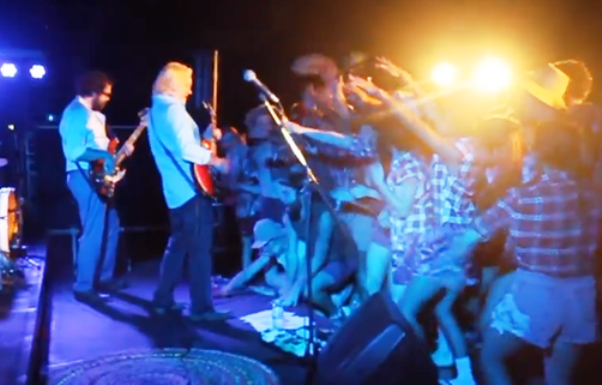 Students from Avondale College bow down before Peter Dixon during the annual Barn Dance event. 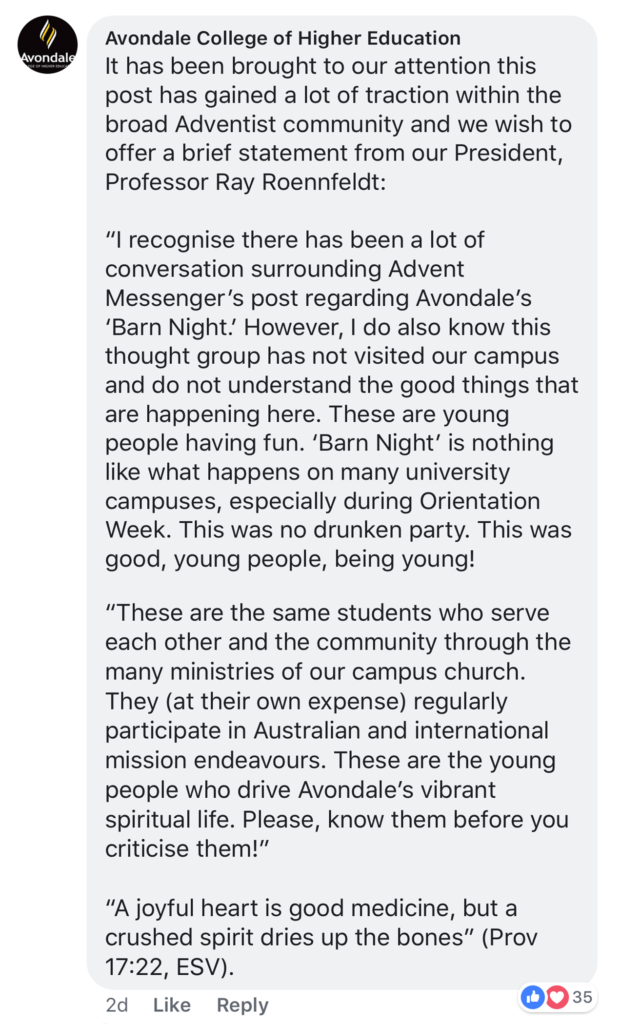 The administration at Avondale College has gone on the record that it is standing behind their students and their annual Barn Dance. For the last 30 years Peter Dixon has performed at this annual event. Their reasoning for supporting the ear-splitting guitars, booming drums, deafening bass, screaming students, worldly music and a worldly rock band at a Christian, Seventh-day Adventist campus is based upon one mitigating factor – fun. “These are young people having fun.” 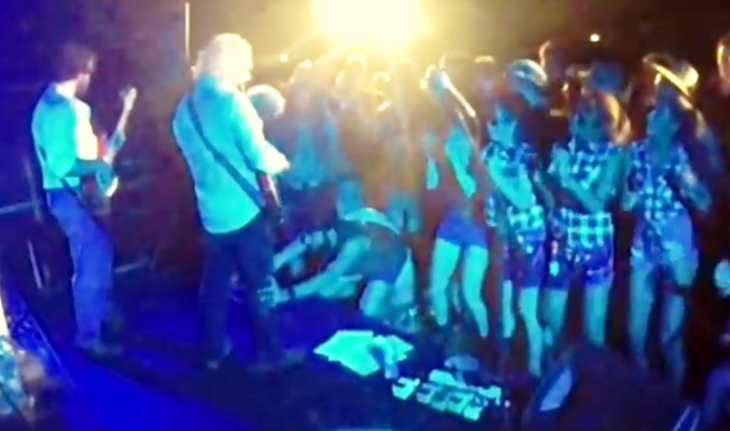 A student lays hold of Peter Dixon’s legs while on bended knees during the Barn Dance event in Avondale College.

Seventh-day Adventists should never take lightly the warnings given by the prophets who spoke in the name of God. One of the most shocking and sobering warnings given in the words of inspiration addresses the very dilemma we see happening at Avondale College. It is a solemn warning that should send shivers down the backs of every Seventh-day Adventist institution and every home.

The following comes from Brother John L. Howard and these words should cause us all to pause and take notice:

“To those who laugh at the suggestion that the devil is present at such events, and that the angels of God take their leave — have a look at this, from the pen of Inspiration:

“Eternal things have little weight with the youth. Angels of God are in tears as they write in the roll the words and acts of professed Christians. Angels are hovering around yonder dwelling. The young are there assembled; there is the sound of vocal and instrumental music. Christians are gathered there, but what is that you hear? It is a song, a frivolous ditty, fit for the dance hall. Behold the pure angels gather their light closer around them, and darkness envelops those in that dwelling. The angels are moving from the scene. Sadness is upon their countenances. Behold, they are weeping. This I saw repeated a number of times all through the ranks of Sabbathkeepers, and especially in —–.”  (Testimonies, Vol. 1, p. 505, 1867).

“If a ‘frivolous ditty, fit for the dance hall’ from the 1860s is enough to drive God’s angels away, it’s not hard to figure out what today’s rock music is doing. It’s steeped in the occult, all of it. When God’s angels leave the premises, who’s left?  The prophetess wrote that darkness ‘enveloped’ the people in the dwelling she saw.  I would submit that darkness enveloped the people at Avondale during that Barn Dance event as well.  Some deep repentance is in order, and a rethinking of the kinds of music people are listening to. This is life-and-death stuff, kiddies. 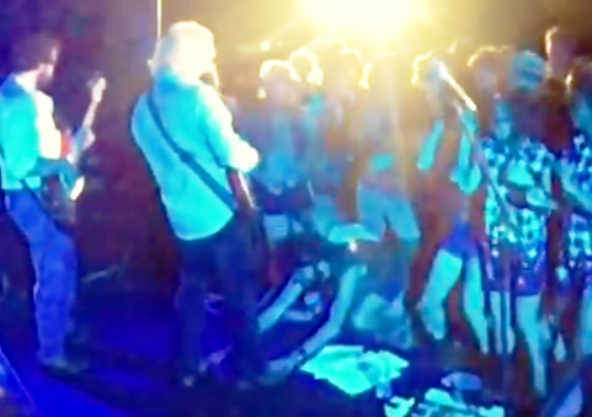 The gods of rock and roll at Avondale College receive worship. According to the Bible bowing is an act of worship: “And they bowed their heads, and worshipped the LORD with their faces to the ground.” Nehemiah 8:6.

The Apostle Peter refused to allow any man to bow at his feet. He put a stop to that immediately (Acts 10:25, 26). But this Peter from Avondale seems to enjoy this reverence by the students. This is more consistent with an apostate than an apostle. This is not “love” but anathema. This behavior is inconsistent with the 10 Commandments, the Bible, the Spirit of Prophecy and Seventh-day Adventist values. This is being done in the name of fun, but God is not laughing.

“Music is the idol which many professed Sabbath-keeping Christians worship. Satan has no objection to music, if he can make that a channel through which to gain access to the minds of the youth” (Messages to Young People, p. 295).

“The Holy Spirit never reveals itself in such methods, in such a bedlam of noise. This is an invention of Satan to cover up his ingenious methods for making of none effect the pure, sincere, elevating, ennobling, sanctifying truth for this time” (Selected Messages, Vol. 2, p. 36).

Alcohol isn’t the only temptation seducing our young people – as evidenced in the above video. Rock and Roll is just as destructive and dangerous, if not more. It’s time for the leadership in Australia to do some deep soul-searching. The ability for people to believe that they’re right when they’re not knows no bounds. But these are the days when too many are embracing moral relativism instead of prayerfully seeking God’s inspired word to find out what we ought to do.

“Ask counsel, we pray thee, of God, that we may know whether our way which we go shall be prosperous.” Judges 18:5.