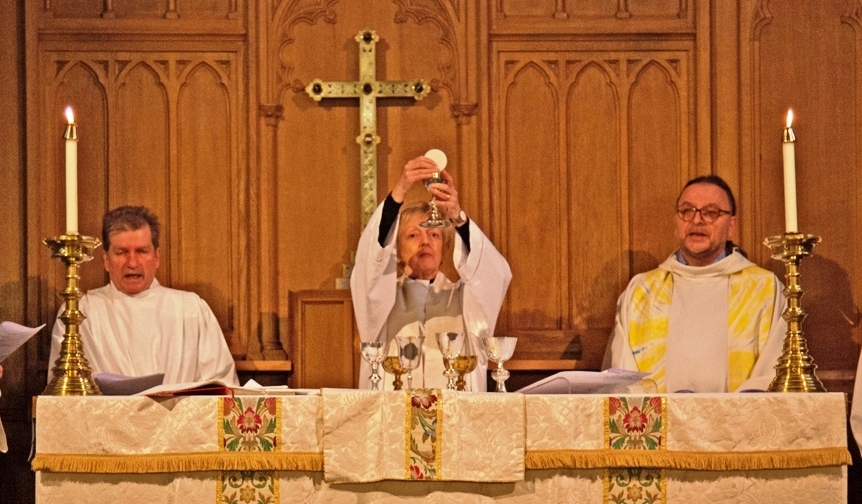 Left to right: A Seventh-day Adventist Pastor, an Ordained Woman Priest holding up the “wafer god” during mass and a Roman Catholic Priest.

Fatal heresies are attempting to undermine the foundations of our faith. A false, misguided unity is bringing together all of the churches and they are exalting Romanism (the Holy Eucharist), ecumenism and feminism above the word of God. This predicament is causing Seventh-day Adventist pastors to become indistinguishable from Roman Catholic priests. In the above photo you can’t even tell who is who anymore. Who is the Catholic Priest? Which one is the Seventh-day Adventist pastor? How can we tell them apart? 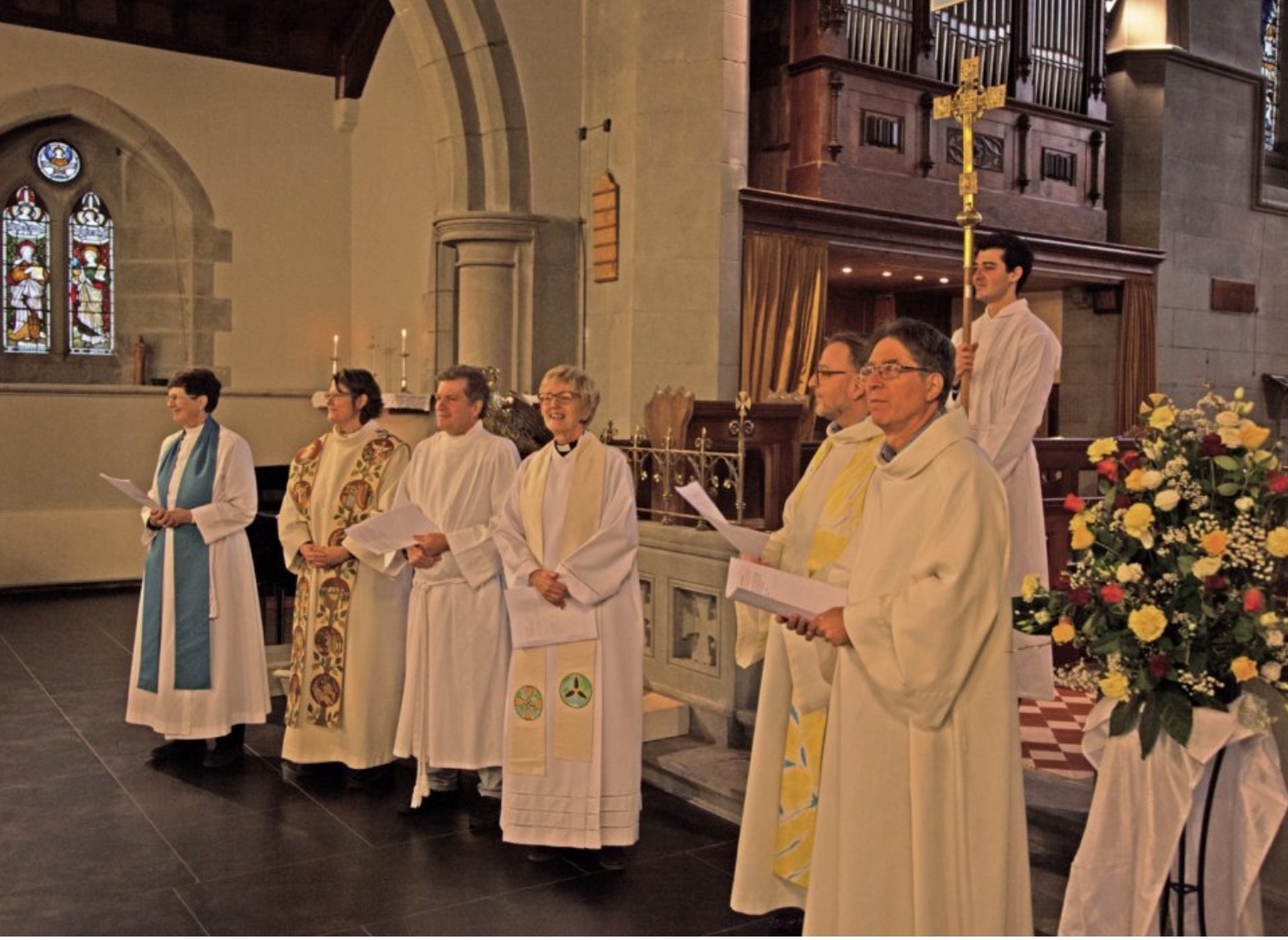 Which ones are the Anglican priests and who is the Reformed Evangelical Pastor? They all look the same, they dress the same, they’re holding the same prayer and song sheets and they are all worshiping the same “Holy Eucharist” during a special mass in the name of Christian unity. This event took place earlier this year in the city of Lausanne, a city on Lake Geneva, in the French-speaking region of Switzerland. The participants are as follows: 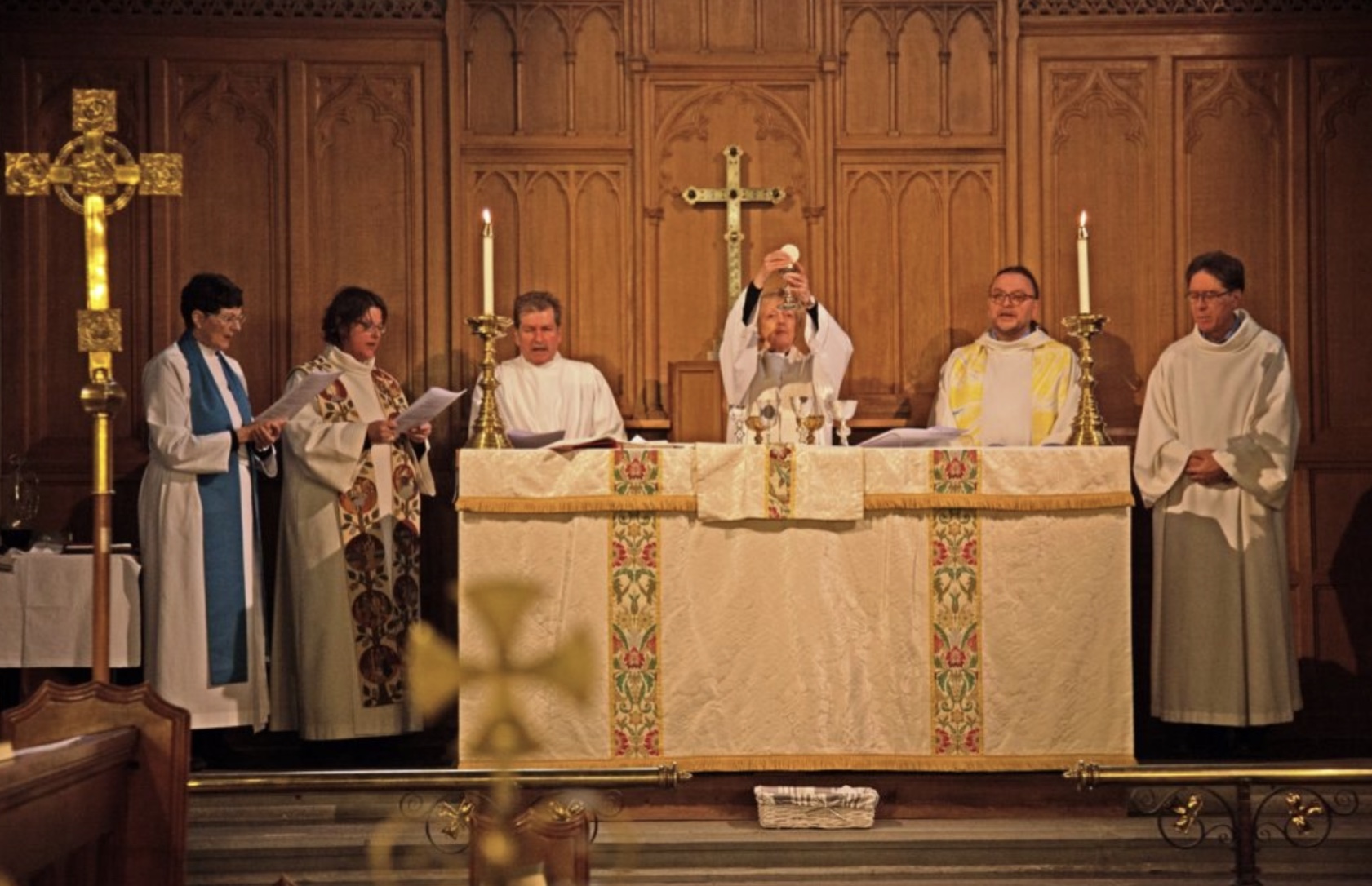 Here we see Christine Bloomfield, an ordained female priest, holding up the Catholic Jesus. According to Catholic theology, the little white wafer is part of a sacrament called the “Holy Eucharist.” This, they claim, is their god – a god who looks, smells, tastes and feels just like a cracker. You see, the Catholic “wafer god” can’t walk. He has to be carried and paraded. They worship and sing to this wafer god in their solemn procession and assembly. 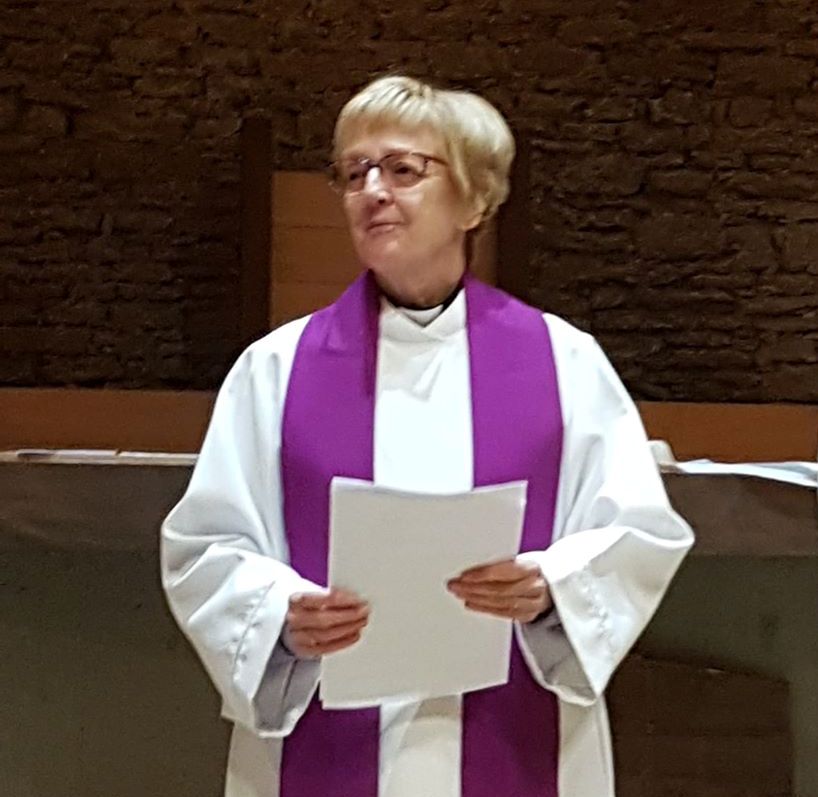 Christine Bloomfield enjoys full communion with both the Anglican Church and the Christian Catholic Church of Switzerland, a non-Roman Catholic church. She is ordained and appointed as a priest in both institutions. She also works to bring unity between Protestants and Catholics. [2] 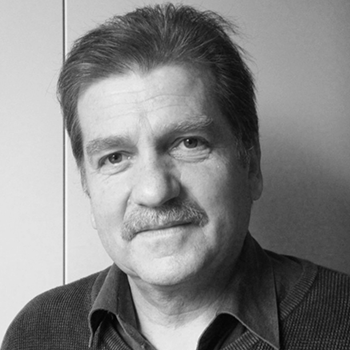 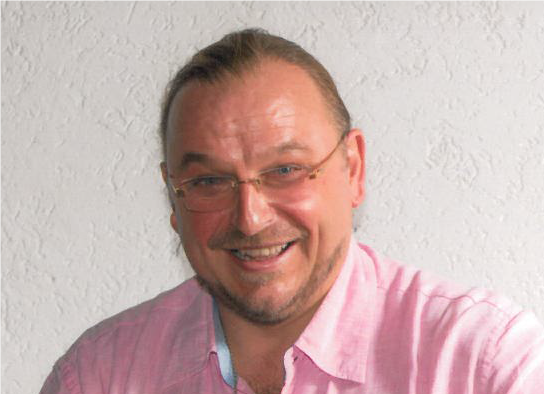 Roman Catholic Priest Vincent Roos, pictured above, is from the Roman Catholic Parish Church of the Sacred Heart of Ouchy-Lausanne in Switzerland. [5] [6] He was standing on the right side of Christine Bloomfield during the special event known as a shared, inter-confessional, open, Eucharistic mass. Protestants, Roman Catholics and Seventh-day Adventists are all partaking of the same Catholic sacrament. By worshiping this wafer god they think they are receiving the Eucharistic Jesus in a wonderful worship service.

“God requires of His people now as great a distinction from the world, in customs, habits, and principles, as He required of Israel anciently. If they faithfully follow the teachings of His word, this distinction will exist; it cannot be otherwise” (Patriarchs and Prophets, 458).

Instead of maintaining the lines of distinction that God said should exists, we are removing them. Instead of becoming less and less like the world, we are becoming indistinguishable from Rome? Instead of maintaining a faithfulness to the teachings of God’s word – our Seventh-day Adventist institutions are embracing feminism, Romanism (Eucharist), ecumenism, LGBT+ism and much, much more.

What is it that distinguishes us from the rest of the world and from all the fallen churches? Why did God raise us up as a people in this time of earth’s history? What is our divinely appointed mission and message? We have been called to proclaim a special, unique truth and to be a witness to all nations. We were organized for one purpose and one purpose only – to lift up high the banner of truth upon which is inscribed the “commandments of God and the faith of Jesus.” And what makes us God’s special Remnant people is the Three Angels’ Message – not Romanism!

“In a special sense Seventh-day Adventists have been set in the world as watchmen and light bearers. To them has been entrusted the last warning for a perishing world. On them is shining wonderful light from the word of God. They have been given a work of the most solemn import—the proclamation of the first, second, and third angels’ messages. There is no other work of so great importance. They are to allow nothing else to absorb their attention. The most solemn truths ever entrusted to mortals have been given us to proclaim to the world. The proclamation of these truths is to be our work.” (Testimonies, Vol. 9, p. 19).

Our public witness – hospitals, schools, publishing houses, media ministries, conference offices, divisions, unions, various departments and even the local churches – have been ordained to be channels by which the work of the Three Angels’ Message can be expanded and carried forward into new fields. If we continue in this work then God will bless His people. If we persist in disobedience and in Romanism, God has declared that our course will end in defeat:

“If ye be willing and obedient, ye shall eat the good of the land: but if ye refuse and rebel, ye shall be devoured with the sword” (Isaiah 1:19, 20).

“With violence shall that great city Babylon be thrown down, and shall be found no more at all … And the kings of the earth, who have committed fornication and lived deliciously with her, shall bewail her, and lament for her, when they shall see the smoke of her burning” Revelation 18:21, 9.

What, if anything, will the church do about its pastors who partake in the sacrament of the “Holy Eucharist” with Roman Catholics? This is full-blown apostasy. This is a departure from the faith. This is blasphemy and sacrilege. Why are these ministers still employed in the church and allowed to stand before our people and teach without impunity? What kind of message and influence can these pastors have?

“If wrongs are apparent among His people, and if the servants of God pass on indifferent to them, they virtually sustain and justify the sinner, and are alike guilty and will just as surely receive the displeasure of God; for they will be made responsible for the sins of the guilty” (Testimonies, Vol. 3, 265).

Persistent disobedience on our part will result in ultimate loss, disappointment and rejection (Isaiah 1:19, 20). This will be the end to all those who bow their knees on the altar of Romanism, Feminism, LGBT+ism and Ecumenism. But God will have a people who will instead stay committed to the Three Angels’ Message and who will triumph in the closing scenes of God’s work. Notice where the victory and triumph will be:

“Victory will attend the third angel’s message. As the Captain of the Lord’s host tore down the walls of Jericho, so will the Lord’s commandment-keeping people triumph, and all opposing elements be defeated” (Testimonies to Ministers, 410).

God will fulfill His divine purposes and His work will ultimately triumph. But whether or not we share in that triumph depends on us, on our cooperation, on our obedience and our willingness to embrace His truth and reject Romanism.