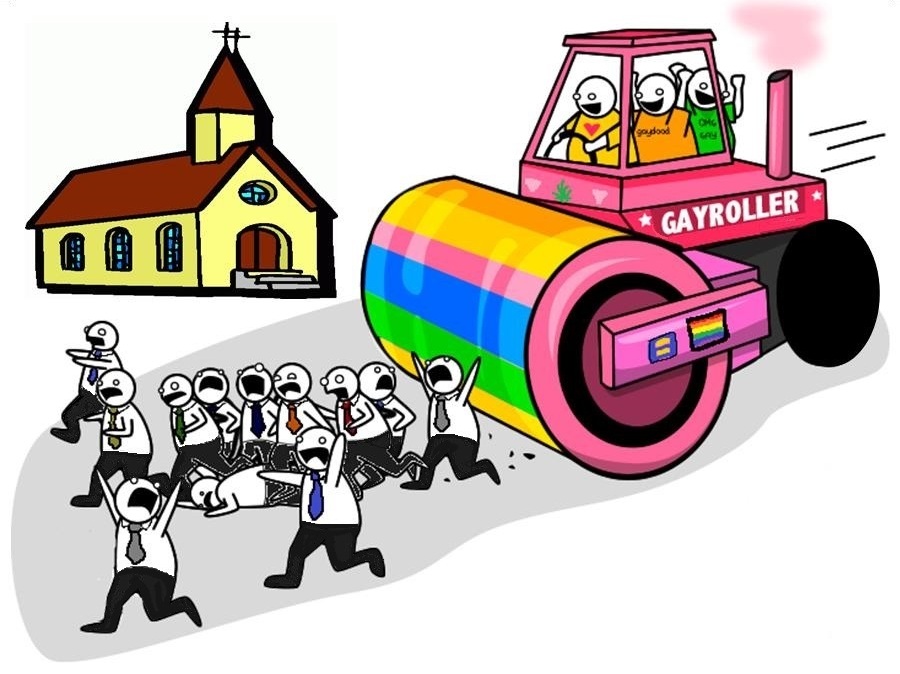 “Know this also, that in the last days perilous times shall come.” 2 Timothy 3:1.

The radical LGBT+ agenda is not about equality, it’s about steamrolling and silencing Christian views. The ramifications of the homosexual agenda is much more aggressive than people are willing to admit. Their militant agenda is still at work even in places where legalized gay marriage has already been accepted. Their fight was never about gay marriage or equal rights. Their view of “equal rights” is to crush conservative, Biblical teachings on sexuality. In fact, they will never rest until every Christian, conservative voice is suppressed.

“Prime Minister Scott Morrison, a Pentecostal Christian, and Labor leader Bill Shorten, a Jesuit Catholic, both said they would like to remove anti-discrimination exemptions for religious schools. Mr. Morrison has indicated he wants to remove loopholes that allow faith-based schools to expel openly-gay students while Mr. Shorten has gone further and announced he wanted to also ban such discrimination against gay teachers.” [1]

The prime minister of Australia, a so-called Christian, is trying to ban gay discrimination in Christian Schools. Bill Shorten, the Jesuit politician and leader of the Labor Party, wants to force private Christian schools in Australia to hire openly-gay teachers. Even more shocking is the fact that there hasn’t been any major outcry from the Christian community in Australia. The only one who has openly opposed these measures was Australia’s most senior Muslim cleric, Sheikh Taj El-Din Hilaly. [1]

This is all part of the ugly fallout for giving homosexual marriages the green light. The acceptance of legalized gay marriage also coincides with the acceptance of openly gay pastors and bishops into many churches. This is no coincidence. The homosexual, steamroller agenda is taking over everything, and now we are seeing a domino effect as more institutions are falling.  First it was the public schools. Then it was the state governments. Currently, the churches are being infiltrated. Now they have their sights set on private, Christian education.

Parents who send their children to privately funded religious schools – hoping to give their kids a good Christian education –  will soon have to face the reality of seeing openly gay students and gay teachers. Everything is changing because the LGBT+ agenda is designed to change everyone. Everything is being impacted. Everything is under threat.

What Every Adventist Should Know About GLBTQ by Elder Raymond King 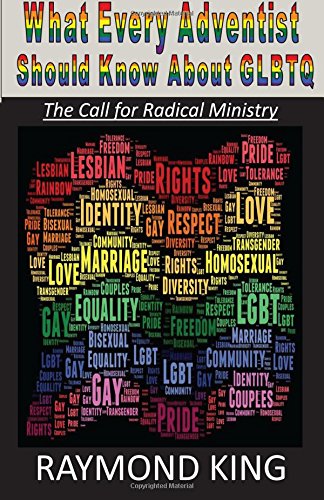 reading a fascinating book that Biblically and prophetically deals with the entire LGBT+ subject. I love reading and this was a book that I couldn’t put down. In the introduction of ‘What Every Adventist Should Know about the GLBTQ,’ Elder King writes:

“The natural results of abandoning righteous principles and concepts, and embracing the erroneous doctrine presented as truth, is what’s becoming commonplace. A world that not only supports and celebrates sin, it forces those who know better to also accept error. It is this reality that was the motivation behind the writing of this book – a sincere concern about the  leavening of the Seventh-day Adventist Church and the corruption of a generation.” [2]

Elder Raymond King’s book establishes a Biblical foundation from the Bible and Spirit of Prophecy of God’s original plan for sexuality. He also shows all the passages of Scripture that prophetically describes the end-time, catastrophic moral collapse we are seeing today. But the most important part of this book is where Elder King discloses fully the “healing and restorative power of the gospel and the love of Jesus Christ.”

“Where sin abounded, grace did much more abound.” Roman 5:20.

Would to God that the North American Division of Seventh-day Adventists had published Elder Raymond King’s book and distributed it throughout the church, instead of the pro-LGBT+ propaganda they are now publishing and giving to their pastors and leaders. [3]

Would to God that the North American Division of Seventh-day Adventists had brought Elder Raymond King to their 2018 teacher’s convention to give a real seminar on the LGTB+ issue, instead of that non-Adventist, pro-LGBT+ advocate they brought in instead. [4]

God’s church is under attack, and many need to wake up. The SDA leadership in Australia said and did NOTHING when gay marriage was approved in Australia in 2017. Now with this latest LGBT+ proposal being agitated by Australian politicians, the SDA leadership over there continues to say and do NOTHING.

It’s time to stop running with the world. It’s time to start protecting our children and our schools. It’s time to start standing for Biblical principles and values. If our church leaders continue to ignore the LGBT+ threat to civil and religious liberty, one day they are going to realize it when it’s too late, because this is a diabolic war against our children. The threat of Christian persecution, jail and huge fines by the gay lobby is very real. [5]

For more information about ‘What Every Adventist Should Know about the GLBTQ’ or to obtain a copy of the book, click on the following link: https://securinghopeministry.org/what-every-adventist-should-know-about-glbtq.html

[2] What Every Adventist Should Know About LGBTQ, page 1,  by Elder Raymond King.