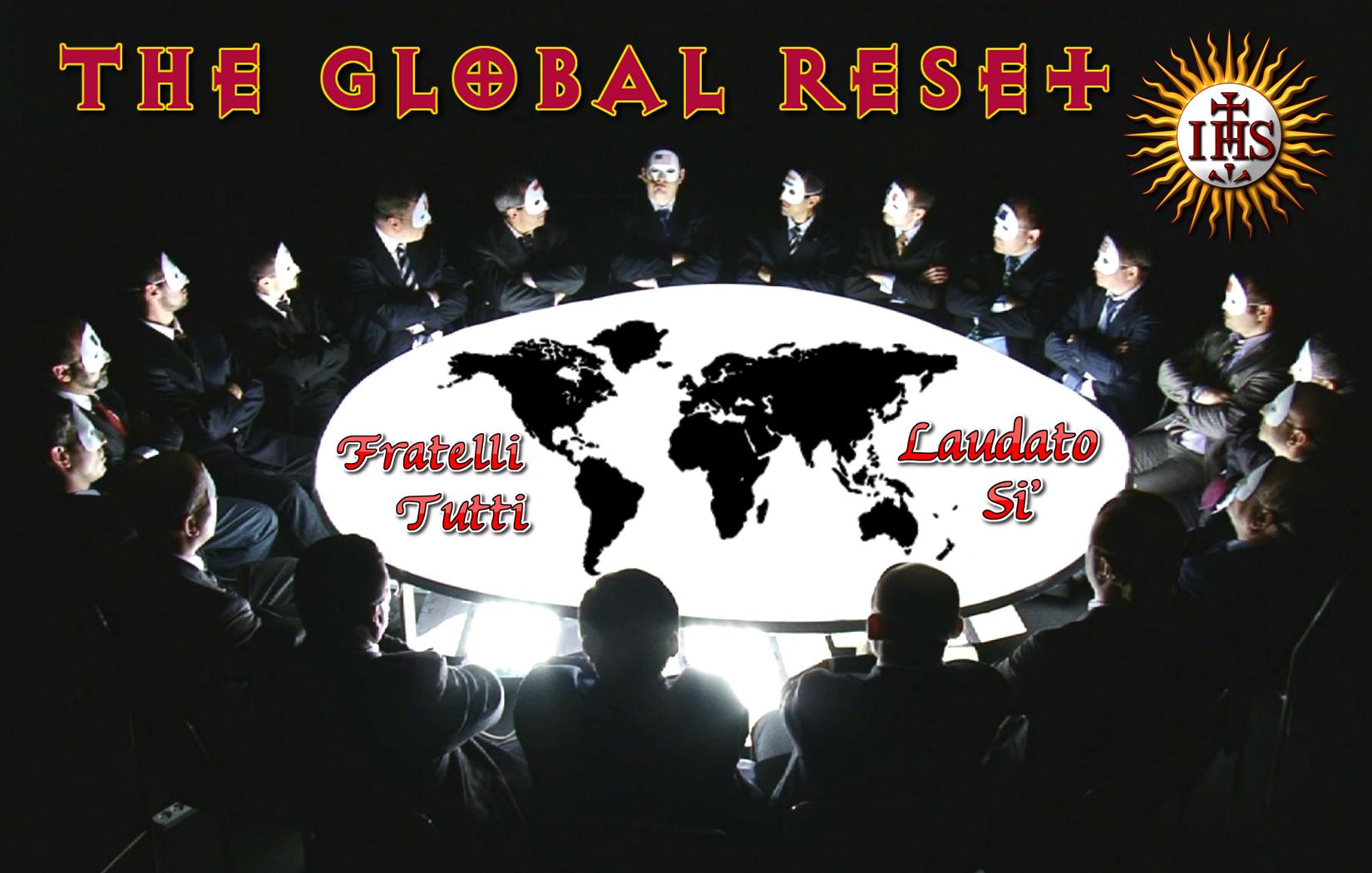 Perhaps you are one of those who reject any claim that the Vatican will rule the world as a simple conspiracy theory. Some believe that papal supremacy is a thing of the past and should not concern us, for today we enjoy civil and religious liberty. And because of this, many think they are perfectly safe and think little of the Pope’s environmental, economic or ecumenical messages.

In the book of Revelation a power is presented that is cunning and will play a role in the affairs of the nations. Someone will be conspiring for world domination in these last days:

“And power was given him over all kindreds, and tongues, and nations.” Revelation 13:7.

It is the Vatican that makes it really difficult for people not to apply this verse to them. Rome has just forged an alliance with some of the best economists, bankers, business leaders and CEOs of Fortune 500 companies in the world. This partnership is in response to Pope Francis’ call for a great reset that will merge religion with a new economy and new environmental policies.

Uniting politics and religion? Absolutely. The proof is in the six-minute video they just published. The Pope is uniting religion, global economics and environmentalism. This is his vision for the future. In the video you will first see Vatican City, the “seat of the beast” (Revelation 16:10). Then you will see Pope Francis call for a new economy. Then you will see business and economic leaders say that they are answering the Pope’s message.

These are the new so-called saviors and guardians of our world. They talk about capitalism, wealth sharing, ending our economic problems, sustainability, keeping the planet clean and surprisingly, Catholic Cardinal Turkson says that he is part of this new journey to “offer guidance and assistance from the church” to the various sectors of our global society.

The most disturbing thing about this is when they say that the different belief systems must be united and there can be no church divisions. This is not just what the Pope believes, but now bankers and economic leaders are calling on the religious faiths to unite. Amazing! Please see minute 3:26 in the video below.

The movement you are invited to join in the video above is a merging of political and religious powers to radically transform our economy and environment. Don’t imagine that Fratelli Tutti and Laudato Si’ do not form the basis of this new global reset. Prophetically speaking, Rome is destined to accomplish even more in these end times. She is just getting started.

The only question is: Are we going to repeat the history of the past? Will the nations and the churches bow down at the feet of Rome? They are already doing it. All current news and world events indicate that we are headed in that direction. In fact, God warns us where our world is headed:

This is the scenario that is unfolding, and in this context, a worldwide message from God will be sounding out loud, saying: “If any man worship the beast and his image, and receive his mark in his forehead, or in his hand, the same shall drink of the wine of the wrath of God, which is poured out without mixture into the cup of His indignation.” Revelation 14:9.

This is our work at this very moment. Tragically, some of our people don’t believe that the healing of the deadly wound is taking place, and therefore they have no urgency to issue a warning against this beast power. But I want to assure you that the universal recognition of Rome as the chief arbiter of economic, environmental and religious policies is one of the great signs that we are now living in the final period of the earth’s history.

The great messages of Revelation 14:6-12 must be proclaimed at this very hour, saying: “Here is the patience of the saints: here are they that keep the commandments of God and the faith of Jesus.” Revelation 14:12. After this conflict, another scene is presented. A scene of great glory and splendor:

“I looked, and behold a white cloud, and upon the cloud one sat like unto the Son of man, having on His head a golden crown, and in His hand a sharp sickle.” Revelation 14:14.