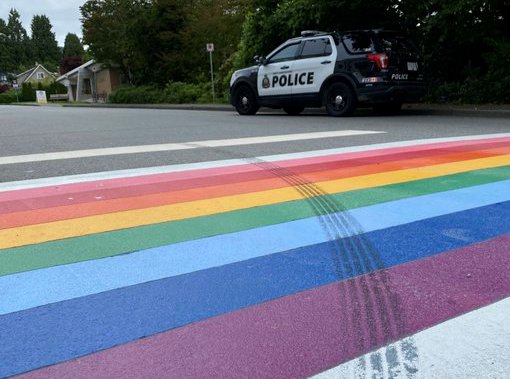 Our world has gone from celebrating Pride Week to Pride Month. We have pride parades, pride educational curriculums, pride games, pride dance contests, pride festivals, pride zoo night and 150 other gay pride events. [1] Now, if that wasn’t enough, cities around the world are creating pride crosswalks to push the radical, gay agenda in our faces 24 hours a day, seven days a week, 365 days a year. 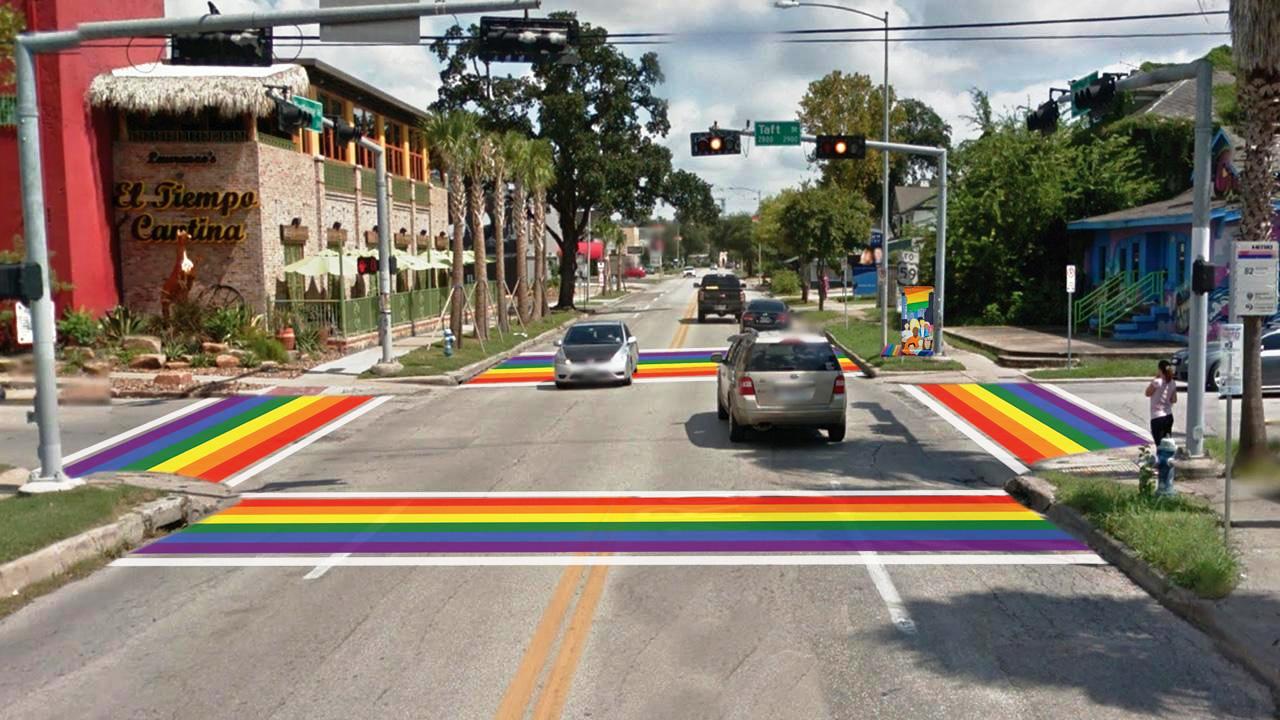 Pride crosswalks are being established in many cities.

Cites like Taipei, Sydney, Tel Aviv, St. Louis, Minneapolis, Albuquerque, Miami Beach, Key West, Houston, Austin, Seattle, Toronto, Vancouver, West Hollywood, San Diego, Washington, D.C. and others have established pride crosswalks in their communities to force the LGTB+ agenda upon its residents. [2] It is just another blatant, public exhibition of their re-education propaganda for the gayification of everyone.

A big Thank You to everyone who joined us today, for the official unveiling of our new #Pride crosswalk. 🌈 pic.twitter.com/18X4MgNn9v

If you dare to resist or oppose these pride crosswalks, you will be arrested, tarred and feathered and charged with a hate crime. It is as if these rainbow-colored crosswalks were there to make a political statement. The roads the public has to see and drive on every day are now becoming politicized. The world is being made to bend to rainbow totalitarians even as they drive in the streets.

Investigators would like to speak with the driver responsible for defacing a recently installed Pride crosswalk at 16th St. and Esquimalt Ave. If you have information, please call 604-925-7300. https://t.co/ywkNR4DMAv pic.twitter.com/ViW0ZxcxYN

Now the police are getting involved. They are spending time and resources looking for new “homophobic criminals” who are not respectfully driving over pride crosswalks. They paint rainbows on the street and then call it a “hate crime” when people drive on them. Notice how the police are reaching out to the public to find the person responsible for this “gesture of hate.” [3] In other cities, motorists are being hunted and could face “hate crimes” for defacing a $30,000 rainbow crossing. [4]

A week after it was installed, the Pride crosswalk outside @WestVanPolice's HQ at 16th/Esquimalt Ave. was damaged by the car seen below. No one has been arrested. The crosswalk hasn't been repaired yet. If you recognize the car below, tell police. pic.twitter.com/6NRnWoBpHa

In the video above you will see the new “hate crimes.” What, if anything, is the driver doing wrong? If the colors of the rainbow are so precious and dear to you, then don’t put them on the road. Roads are designed for driving. Apparently, if you offend the rainbow by leaving a tire mark you can be charged with a hate crime. Some of these rainbow crosswalks can cost more than $196,000 just to paint an intersection. [5] Our world is becoming so broken as we have completely lost our priorities.

How do you justify spending $196,000 of taxpayer dollars to paint a rainbow crosswalk that will be used to condition people to accept an ideology? While pretty $196,000 rainbows are painted on our crosswalks, potholes in the roads are not being repaired. This is a terrible waste. Why are they using public money to constantly push this radical agenda on us? And why do they get the police involved?

It seems that we are more interested in rainbows than in tackling real criminals. Violent crimes are increasing and this is what takes priority, rainbows? Rioters are setting fire to buildings, churches are being vandalized, police are being assaulted, children are being murdered in our cities – and tire tracks and rainbows are more important?

If this is what the police are going to prioritize, hunting down rainbow bandits who are disrespectfully driving over pride crosswalks, then maybe for the first time we are starting to wonder if we should defund the police. Because how can they go after people driving over rainbows and do nothing when the mob knocks down statues or destroy monuments?

With all the talk of gay pride, pride week, pride parade, pride crosswalks, pride this and pride that – why hasn’t anyone mentioned that celebrating “pride” is not a good thing. According to the Bible, pride is a deadly sin.

“For the look on their faces bears witness against them; they proclaim their sin like Sodom; they do not hide it. Woe to them! For they have brought evil on themselves.” Isaiah 3:9.