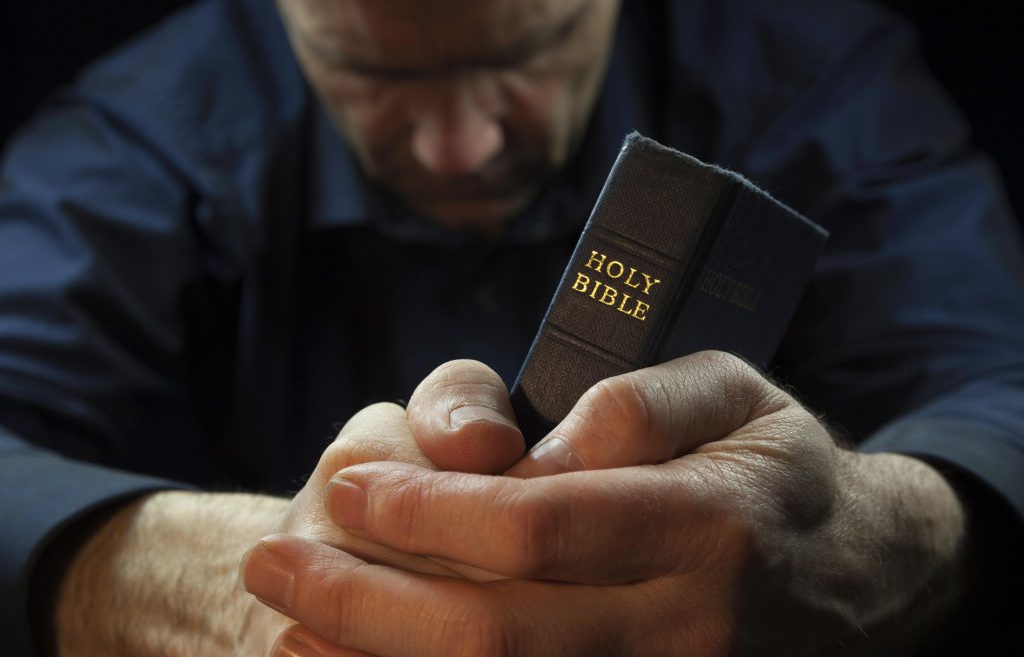 In ordinary times the church can get by with ordinary people. In ordinary times God’s people can fulfill their mission by simply living a quiet, honest, pure Christian life – not drawing attention to themselves in any unusual way. But today we no longer live in ordinary times.

We live in an extraordinarily dark and deceitful period of earth’s history. And during a time of emergency an average, ordinary experience will not make the grade. In a time of spiritual warfare, a ‘business and usual’ attitude will not prepare us for what’s ahead. A period of extraordinary circumstances has arrived whether we choose to believe it or not, and quite frankly, not believing in it will not make it go away.

“The Word of God plainly declares that His law is to be scorned, trampled upon, by the world; there will be an extraordinary prevalence of iniquity. The professed Protestant world will form a confederacy with the man of sin, and the church and the world will be in corrupt harmony” (Selected Messages, Vol. 2, p. 367).

Humanism, agnosticism, Romanism, feminism, transgenderism, LGBT-ism, radical environmentalism and other errors are taking over every political, social and religious institution. These forces will never rest until every segment of society is under their control. This generation has surpassed the days of Noah and the days of Sodom. In the days before the flood and in Sodom there was violence, revelry and a complete disconnect from God. They changed the order established by heaven and changed the Biblical definitions of marriage, relationships and families.

Our generation has gone way beyond those days because today the feminist, LGBT+ and transgender militants are trying to redefine the church of God, the identity of a minister and the gospel of Jesus Christ. Their secular, radical agenda is not interested in equality, their ultimate goal is to eliminate and silence every Christian, Biblical voice [1] that is defending the commandments of God.

“In these days of delusion, everyone who is established in the truth will have to contend for the faith once delivered to the saints. Every variety of error will be brought out in the mysterious working of Satan, which would, if it were possible, deceive the very elect, and turn them from the truth. There will be human wisdom to meet—the wisdom of learned men, who, as were the Pharisees, are teachers of the law of God, but do not obey the law themselves. There will be human ignorance and folly to meet in disconnected theories arrayed in new and fantastic dress—theories that it will be all the more difficult to meet because there is no reason in them. There will be false dreams and false visions, which have some truth, but lead away from the original faith” (Selected Messages, Vol. 2, p. 98).

“Delusions,” “errors,” “human wisdom,” “human ignorance,” “disconnected theories,” “false dreams” and “false visions” are some of the deceptions that God’s people will have to contend with during the last days. Ellen White calls these the “workings of Satan.” These “workings” are designed to serve one purpose – to “lead us away from the original faith.” It matters not where the source of these deception originate – either from the fiery flames of fanaticism or the cold ice of indifference – the enemy of souls has laid out a snare for everyone.

We are daily being bombarded with ideas and teachings that are turning us away from those plain, soul-testing truths of God’s inspired writings. It is only as we hold fast to the faith which was once delivered unto the saints (Jude 1:3), the three angels’ messages, in context to the everlasting gospel – and proclaim these messages – that God’s people will stay secure from the deceptions of the enemy:

“When the religion of Christ is most held in contempt, when his law is most despised, then should our zeal be the warmest and our courage the most unflinching. To stand in defense of truth and righteousness when the majority forsake us, to fight the battles of the Lord when champions are few,—this will be our test. At this time we must gather warmth from the coldness of others, courage from their cowardice, and loyalty from their treason” (Review and Herald, RH January 11, 1887).

Times have changed, and ordinary will no longer suffice. Unless you have been living in a cave somewhere for the last 5 years, it should be clearly evident that God’s people are facing a crisis of faith not seen for over 100 years. The historic doctrines and teachings we hold dear have been under a direct and sustain attack. This is why God is calling His people to develop a faith that is greater and stronger than what we have been used to. He is calling us to affirm and unite upon the pillars of the Seventh-day Adventist faith that were laid down long ago. This affirmation and unity will be one that cannot falter, waiver or grow tired even if the majority end up forsaking us.

If we fail to lift up high the banner of Christ on which is inscribed the commandments of God and the faith of Jesus, or if we retreat and give up in order to protect our popularity, our reputations or our financial prospects, or if we remain neutral and indifferent then the worldly culture of death and corruption that is ravaging the world will surely overtake us too. We will all ultimately face the prospect of either standing down or standing up for our faith. The neutral class who act as though nothing is happening, or those who are still living in a cave somewhere, will never meet with God’s approval.

“If God abhors one sin above another, of which his people are guilty, it is of doing nothing in a case of emergency. Indifference or neutrality in a religious crisis is regarded of God as a grievous crime; and equal to the very worst type of hostility against God” (Testimonies, Vol. 3, p. 281).

Unless the faithful stay engaged in a continuous battle to defend the “commandments of God and the faith of Jesus” (Revelation 14:12) there will be nothing left for them to defend because the enemies of present truth are waging a relentless war against our historic faith and they have no intention of letting up – ever. I am amazed to see the deafening silence on the part of many so-called “watchmen” who act as though nothing is happening. So many have forgotten that the closing work is two-fold. Under the power of the Holy Spirit God’s people are to proclaim the gospel and give a WARNING against the “dangers which threaten souls.” Notice what God’s people will do:

“They were impelled to zealously declare the truth and the danger which threatened souls. The words which the Lord gave them they uttered, fearless of consequences, and the people were compelled to hear the warning” (Great Controversy, p 606).

We are living in a day that demands our full and undivided attention. We simply cannot think or live like we did 5 years ago. Those days are forever ended. The faith we grew up with, loved and cherished is under attack and is almost gone.

Remaining ordinary, neutral or indifferent will be of no use to God for such a time as this. We need men and women of faith who will know the times and the seasons and “who will not be bought or sold; men who in their inmost souls are true and honest; men who do not fear to call sin by its right name; men whose conscience is as true to duty as the needle to the pole; men who will stand for the right though the heavens fall” (Welfare Ministry, p. 300).