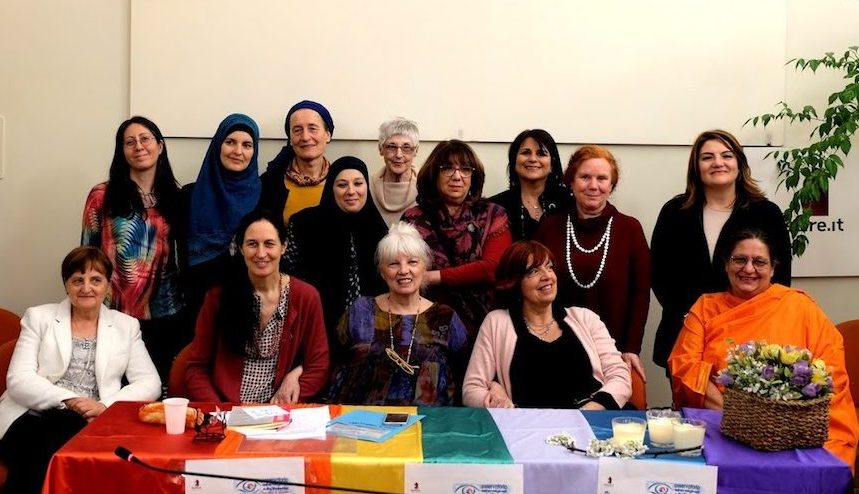 The Interreligious Observatory on Violence Against Woman (OIVD).

Why would we align ourselves with anti-biblical movements? One would think that Seventh-day Adventists would resist the social upheaval of the LGBT+ agenda, feminism and ecumenism.  These godless, liberal movements are determined to destroy Adventism. Instead of standing against this assault on our faith, feeble leaders would rather join the chorus of the anti-religious revolution.

“Rome never changes. She claims infallibility. It is Protestantism that will change. The adoption of liberal ideas on its part will bring it where it can clasp the hand of Catholicism” (Last Day Events, p. 130).

“Yet none need be deceived. In the light of God’s Word it is not difficult to determine the nature of these movements. Wherever men neglect the testimony of the Bible, turning away from those plain, soul-testing truths which require self-denial and renunciation of the world, there we may be sure that God’s blessing is not bestowed” (Great Controversy, p. 464).

We are living in a generation where God’s people are being bombarded from without and infiltrated from within with these liberal ideas that are taking us away from the word of God. This is how the prophet said that our religion would be changed. Today, we are facing a crisis called the Omega that we have never faced before.

News.Advventist.it is the official news source for the Seventh-day Adventist Church in Italy. News.Advventist.it is owned and operated by the Italian Union of Seventh-day Adventist Churches. On May 6, 2020, they published a story promoting the pro-feminist, pro-LGBT+ and pro-ecumenical organization called the Interreligious Observatory on Violence Against Woman (OIVD). [1]

The OIVD is made up of the following denominations that have pledged to work together: Lutherans, Methodists, Waldensians, Baptists, Seventh-day Adventists, Pentecostals, Roman Catholics, Orthodox, Jews, Islamists, Hindus and Buddhists. [2] The OIVD not only raises awareness on the issue of violence against women, but they also advocate for feminism and the LGBT+ movement. 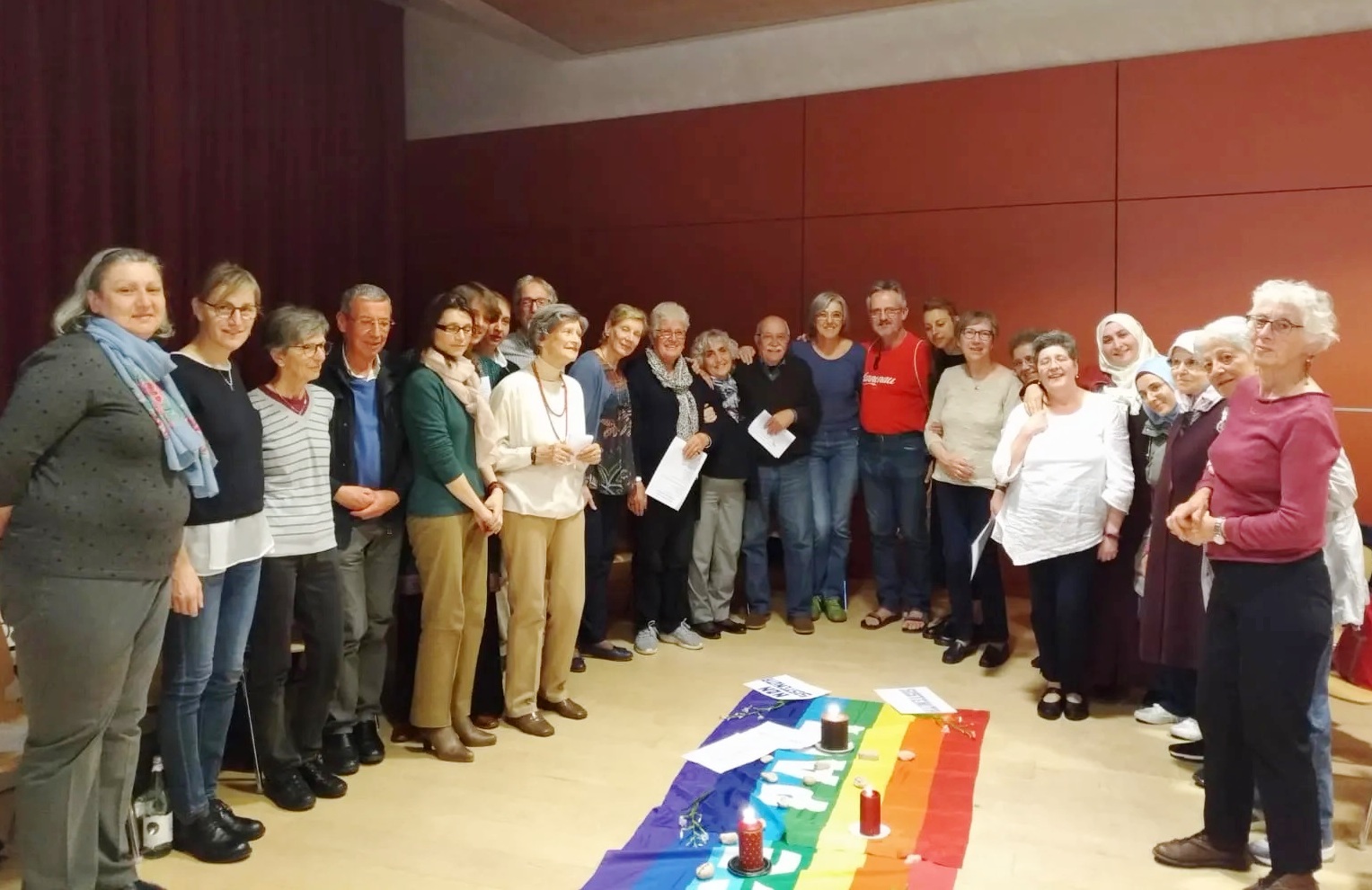 The image above is taken from the OIVD website. [3] They are in lockstep with the LGBT+ movement. The OIVD also speaks highly of the Feminist Resistance Movement of Italy on its website. This is a movement that is dedicated to ending the “patriarchy,” a system in which men hold primary positions, as in the church. Take a look at what the OIVD says on its website in the #ChurchToo section. The parenthesis in the quote below is in the original:

“We are indeed Buddhist, Hindu, Jewish, Christian (Pentecostal, Lutheran, Adventist, Methodist, Waldensian, Baptist, Orthodox and Catholic) and Muslim. During the ceremony in which we were born in the world with a loud and official voice, each woman of the constituent group made a symbolic gesture: she delivered her unique color flower to a girl who collected them, with bitter grace. With the gesture we united in a polychrome bouquet of flowers our desires for peace and justice and we gave them to her who was the body of our beings, who are different and will talk to each other starting from their own diversity, in a desire to give body to a living practice of feminist theology of interreligious dialogue. [3]

The OIVD also lists Dora Bognandi as a representative of the Seventh-day Adventist Church and as one of the signers of their founding charter. In the “Who We Are” section, they list Dora Bognandi as a Seventh-day Adventist and as President of the Federation of Evangelical Women in Italy (FDEI). [3] This is where it gets interesting. Dora Bognandi was not only included as an Adventist member and founder of the OIVD, but we are also told that she was President of an multi-faith organization called “Federation of Evangelical Women in Italy (FDEI). But there is more. 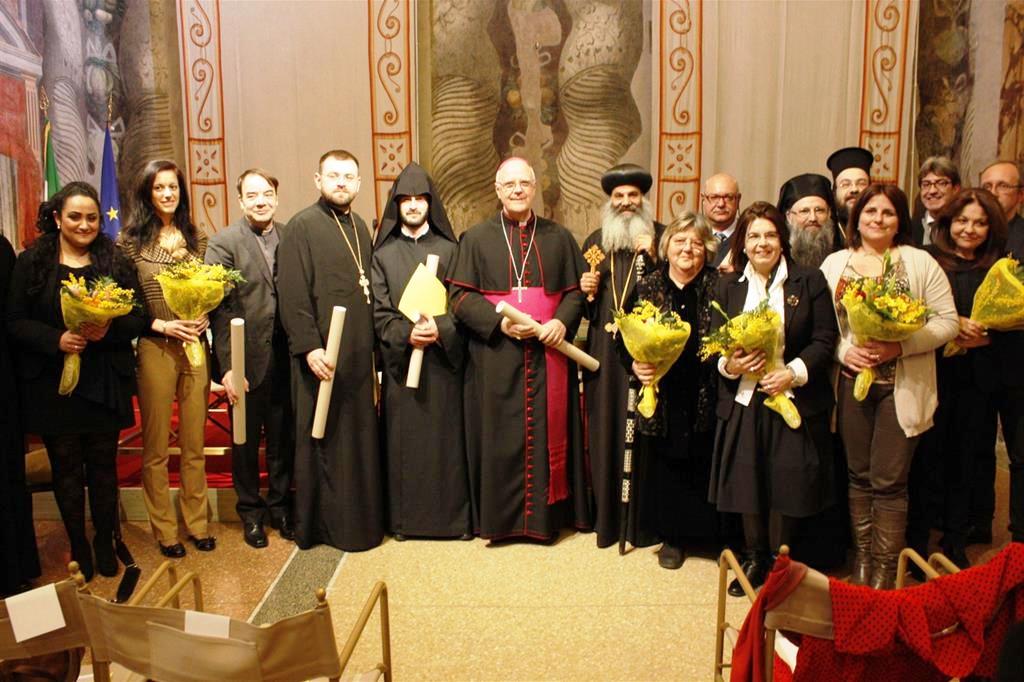 The OIVD members with their ecumenical partners including Rome’s agent in the center. [5]

This is helping to heal the divisions with Rome. The more we lower our standard of truth and the more we send our leaders to become the heads of these ecumenical entities, the faster we will abandon the commandments of God and recant the distinguishing truths of the faith, and return with them to Babylon. As we read: “The adoption of liberal ideas on its part (Protestants) will bring it where it can clasp the hand of Catholicism” (Last Day Events, p. 130).

“By uniting with the world and partaking of its spirit, they have come to view matters in nearly the same light; and when the test is brought, they are prepared to choose the easy, popular side” (Great Controversy, p. 608).

The OIVD does promote some good; but it also promotes some teachings that are incompatible with the Bible and should be rejected by the Seventh-day Adventist Church. Instead, our leaders praise these radical, liberal groups and movements. This is not only happening in Italy. Under the current administration, too many Seventh-day Adventist churches and leaders worldwide are conferring their blessings and joining the secular revolution that is sweeping the world.

We are promoting liberal causes instead of the Three Angels’ Message. A pro-abortion, pro-LGBT+, pro-feminist and pro-ecumenical revolution is turning our schools and churches into secularized establishments. And church officials are either part of this ungodly insurrection or they are too cowardly to oppose it. Either way, there seems to be too few voices who are standing up to defend our faith against the onslaught of the radical revolutionaries.

The existence of these liberal and secular developments within Adventism are designed to neutralize the unique messages of our faith. Let us rejoice that despite all these forces of evil that are trying to eradicate our historic Adventist message, God will always have a faithful minority who will refuse to compromise the message. Notice, only those who hold fast to the faith which was once delivered unto the saints (Jude 1:3), the three angels’ message, in context to the everlasting gospel, will ultimately triumph under the power of the latter rain. Those who embrace and promote Rome’s liberal agenda will be defeated and ultimately lost.

“The bulwarks of Satan will never triumph. Victory will attend the third angel’s message. As the Captain of the Lord’s host tore down the walls of Jericho, so will the Lord’s commandment-keeping people triumph, and all opposing elements be defeated” (Testimonies to Ministers, p. 410).