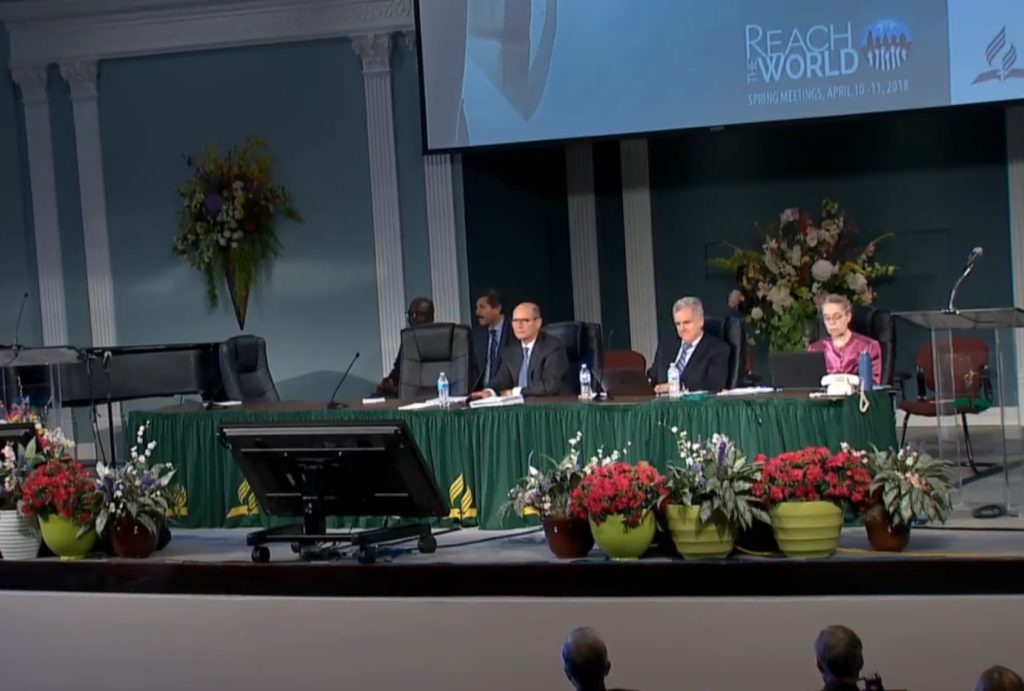 On Wednesday, April 10 & 11, 2018 the General Conference Executive Committee held its Spring Meeting at its headquarters in Silver Spring, Maryland. The theme of this years event was entitled “Faithfulness to His Word.”

A statement was produced towards the conclusion of these meetings outlining how the world church ought to relate to certain “ministry or evangelistic initiatives” such as “ASI-related entities” or other independent or self-supporting ministries.

The General Conference Executive Committee laid out conditions upon those who wish to seek “endorsement” from the church. In addition to affirming the 28 Fundamental Beliefs, seven additional questions were outlined; no “entity” will receive the churches blessing or approval until they positively affirm the following seven points.

These seven points are a call to uphold and return to the doctrines upon which the church was originally founded. It is an affirmation of historic Adventism – the fundamental principles of the faith.

But here is where the document comes short. The General Conference is talking to “ASI-recognized entity” types. They even mention the “One Project” as an example. These are independent and supporting ministries that operate outside of the denomination. Even though it is good to remind self-supporting ministries to uphold the fundamental principles of the historic faith – that is not where the major problem is.

If you have a head ache you are not going to take medication that will help you with your feet. This is the problem with this newly adopted church statement. It doesn’t address punitive consequences to those within the church who are in positions of trust and authority and who at the same time are out of compliance with the fundamental principles of the faith.

This new church decision may just be the beginning. We shall see. Some say this is a bad decision, while others say it is good. I just don’t believe it goes far enough. If we are really going to get serious about revival and reformation, then God is going to have to turn around His backsliding children through repentance, faith and obedience. And that work needs to start with its leaders – the head, not just the feet.

“The church will rarely take a higher stand than is taken by her ministers. We need a converted ministry and a converted people. Shepherds who watch for souls as they that must give account will lead the flock on in paths of peace and holiness. Their success in this work will be in proportion to their own growth in grace and knowledge of the truth. When the teachers are sanctified, soul, body, and spirit, they can impress upon the people the importance of such sanctification” (Testimonies, Vol. 5, p. 227).