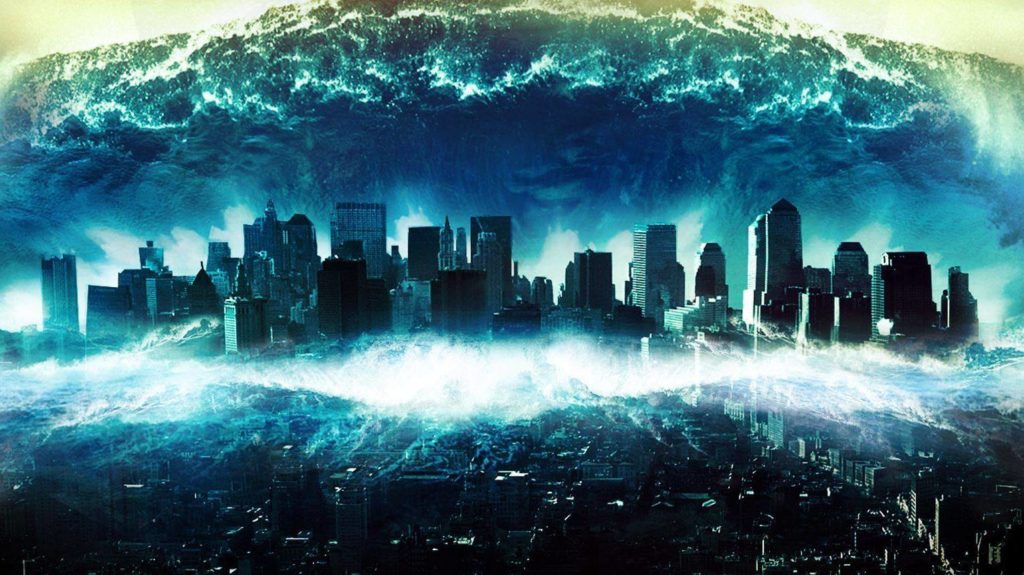 “And there shall be signs in the sun, and in the moon, and in the stars; and upon the earth distress of nations, with perplexity; the sea and the waves roaring; Men’s hearts failing them for fear, and for looking after those things which are coming on the earth: for the powers of heaven shall be shaken.” Luke 21:25, 26.

Firestorms, destructive hurricanes, historic floods, threats of a nuclear Armageddon, nationwide riots, historic solar eclipse, world-wide terrorism and non-stop social upheavals are just a few of the major signs that we’ve seen in the past few weeks that indicate the God’s long-delayed judgments are coming to this world.

God in His great love and mercy delays His impending judgments upon an unrepentant and ungrateful world for a time. He delays His judgements and pleads with us in a effort to bring us to repentance. During this “delay” God calls the inhabitants of the earth to turn around and return to Him:

“Therefore also now, saith the LORD, turn ye even to me with all your heart, and with fasting, and with weeping, and with mourning: And rend your heart, and not your garments, and turn unto the LORD your God: for he is gracious and merciful, slow to anger, and of great kindness, and repenteth him of the evil. Who knoweth if he will return and repent.” Joel 2:12-14.

But humanity rejects His pleas and instead marks this period of “delayed judgment” with more feasting, drinking, forbidden pleasures and other acts of defiance and wickedness.

“The forbearance that God has exercised toward the wicked, emboldens men in transgression; but their punishment will be none the less certain and terrible for being long delayed.” (Patriarchs and Prophets, 627).

We see an example of God’s delayed judgment with the violent nation of the Amalekites. In Exodus 17:14 God promised to bring judgment upon them for their unprovoked attack upon Israel. And even though this Divine judgment was delayed in mercy for 400 years, the Amalekites devoted themselves to continual war against Israel during this period of delayed judgment. But the solemn prophetic word of judgment finally came in 1 Samuel 15:2, 3 to this unrepentant nation that refused to heed God’s warning.

God’s delay in administrating His Divine judgment upon the Amalekites was not a sign that sin had passed by unnoticed. Even today we have agnostics both in the world and in the church who believe that God either doesn’t care or hasn’t noticed the continual disobedience of this generation. Many believe that just because nothing has happened yet that somehow they have escaped punishment.

Yet nothing escapes the eyes of God. Just because there are no immediate consequence doesn’t mean that we have somehow gotten away with anything. All sins that have not been forsaken and repented of will be brought to bear in the judgments of God.

“In the books of heaven God keeps a record of the sins of nations, of families, of individuals. Calls to repentance, offers of pardon may be given; yet a time will come when the account will be full. The individual’s decision has been made, and by his or her own choice, that person’s destiny has been fixed. Then the signal will be given for judgment to be carried out” (Beginning of the End, p. 73).

“With unerring accuracy the Infinite One still keeps an account with all nations. While His mercy is tendered with calls to repentance this account will remain open, but when the figures reach a certain amount, which God has fixed, the ministry of His wrath commences” (Testimonies for the Church, Vol. 5, p. 208).

The significant events taking place today in America and around the word should leave no doubt that God’s judgments are in the land. God’s warnings come even through disaster and destruction. There is no question that the man-made and natural disasters transpiring around us today is the work of something greater than the random acts of nature.

If the ancient Biblical prophets were alive today and saw what we are seeing, they would declare without equivocation that our world’s turmoil is a solemn warning to mankind to get right with God. They would admonish men and women everywhere to repent and to pray that in the midst of this period of “wrath” that God would “remember mercy” (Habbakuk 3:2).

But let us not suppose that God is going to deal with us any differently than He has done with previous societies and civilizations.

He is the God of all people, past and present and He will treat us all accordingly. When you think about it, our generation is even more guilty than were the antediluvians, the Babylonians, the Amalekites and even the Sodomites. The moral decline of our day has descended further than that of previous generations. Sin has become legalized and codified in our society and is celebrated openly. In fact, if God allows our increasing wickedness to continue to go unchecked, He is going to have to ask forgiveness to all the other societies that perished for doing much less than what is being done today.

“If you suppose for a moment that God will treat sin lightly, or make provisions or exemptions so that you can go on in committing sin, and the soul suffer no penalty from so doing, you are under a terrible delusion of Satan” (Our High Calling, p. 94).

The good news is this: God’s judgments are designed to save. God rises in judgment in order to bring salvation to a rebellious, sinful and godless people. He is a God of love and even in judgment He pleads for us to return to Him with heartfelt repentance and sincerity.

“Thou didst cause judgment to be heard from heaven; the earth feared, and was still, When God arose to judgment, to save all the meek of the earth.” Psalms 76:8, 9.