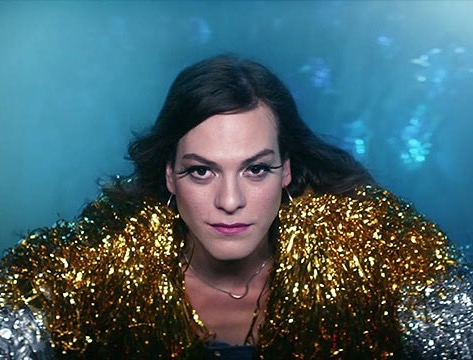 “A Fantastic Woman” won an Oscar for best foreign film.

Hollywood’s LGBTQ agenda is at war with Judeo-Christian family values. There is a war and they are coming after our children. Hollywood is constantly attempting to reshape our culture into an image of itself. Consider the relentless attempts at social engineering as the movie industry attempts to convert our world into a homosexual paradise. For the first time in history the 2018 Oscars have been more representative of the LGBTQ community. Four notable films were celebrated last night at the 2018 Academy Awards that promoted LGBTQ diversity and equality.

1. “Call Me By Your Name” won an Oscar for best adapted screen play. This was a film about two men exploring a romantic relationship. The 2018 Oscars showed clips from the film of the two men kissing live on television.

2. “A Fantastic Woman” won an Oscar for best foreign film. This film chronicled the life of a transgender woman who was born a man and showed the complexities of “her” relationships. Daniela Vega, the star of the film, also made history as “she” became the first transgender person to present an Academy Award.

3. “Lady Bird” was nominated for 5 differ Oscar categories but didn’t win any. In the film a young girl named Lady Bird finds out her boyfriend was gay when she walked in on him and another man kissing in a restroom. They continued being friends throughout the film.

The makers and promoters of popular culture are bent on destroying our children and our communities. A culture war has been declared and it looks as though we are losing. The films we are being exposed to are either promoting spiritualism, the occult, alternative views of sexuality and disdain and ridicule towards Christianity.

The current decline is disappointing but not surprising. All of this was predicted in the Bible and we are seeing it come to pass. The violent culture of Noah and the sexual excesses of Sodom are here. Read Luke 17:26-30 and Matthew 24:37-39. These growing trends will continue to engulf our world because these are two of the signs declaring that we are reaching the limits of God’s mercy.

The examples of Noah and Lot tell us that the same sins that brought the fire and the flood would be very much alive just before the Second Coming of Christ. When these sins become universal the Lord will reveal Himself. The parallels are evident.