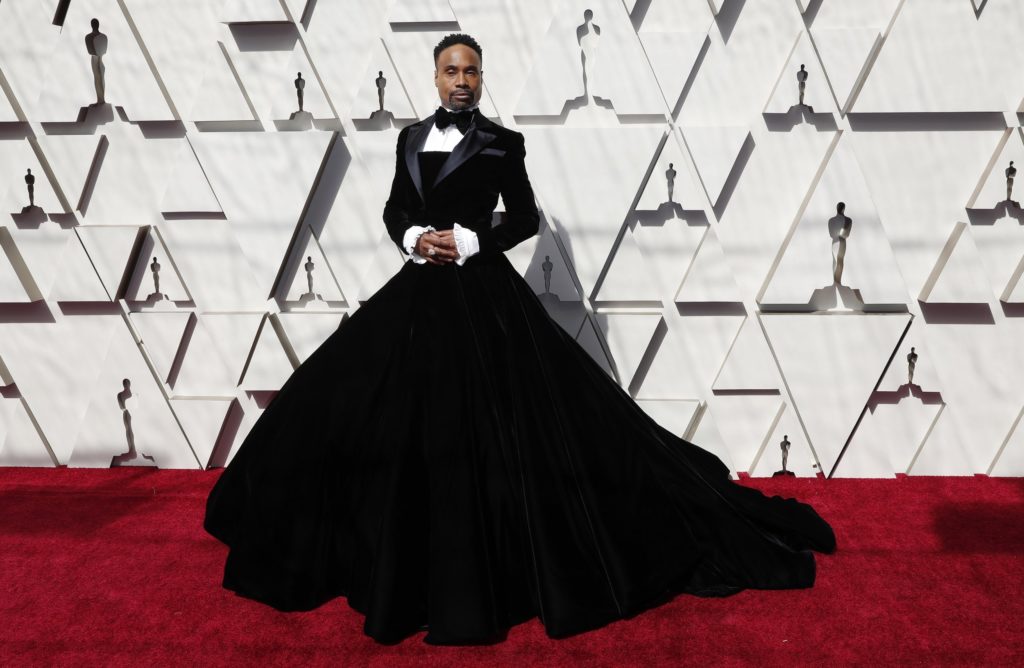 For several years Hollywood has been at war against faith and family values. They are pushing to legitimize every bizarre and morally depraved behavior. Every day we see new examples of their targeted attacks – and their assaults are only intensifying.

Actor Billy Porter attended the 2019 Oscars in Hollywood, CA dressed in a new, gender fluid tuxedo gown. This attire is the blending together of a masculine tuxedo with a feminine ball room gown. The results is gender confusion and sexual anarchy. But for the Hollywood culture this is just another example of “artistic expression” that must be protected, celebrated and promoted.

Billy Porter was crowned the “trendsetter” and he set the entire fashion world on fire [1] all thanks to Hollywood. They will have a lot to answer for someday because their radical, secular and abnormal agenda is waging a war against God, the family, gender, reason, common sense and decency. So much of what comes out of Hollywood is simply toxic and hazardous to our children.

The entertainment, music and fashion industries don’t care about the moral standards you are trying to instill into your children. They have turned their backs to the God of heaven, and they only care about pushing their secular sexual agenda upon the rest of society.

Their advocacy for the abnormal is confusing the minds of our young people. You can no longer just sit your children down in front of a TV screen anymore without worrying if they are being targeted – because they are. Millions of dollars are being spent to indoctrinate and seduce our young people.

Remaining vigilant, informed and faithful in this age of moral corruption has turned into a full-time battle. May God give us the courage to fight and pray. As the day of Christ’s appearing draws closer, we need to do both more than ever.

“All around us are souls going down to ruin as hopeless, as terrible, as that which befell Sodom. Every day the probation of some is closing. Every hour some are passing beyond the reach of mercy. And where are the voices of warning and entreaty to bid the sinner flee from this fearful doom? Where are the hands stretched out to draw him back from death? Where are those who with humility and persevering faith are pleading with God for him?” (Patriarchs and Prophets, p. 140).