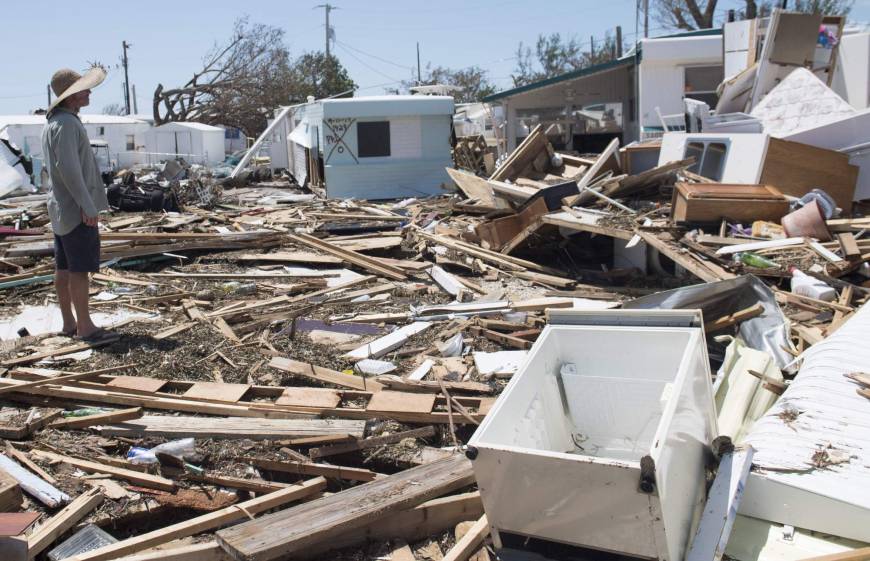 Much of the Florida Keys are still underwater with no electricity, no food, no drinking water, no cellphone service, no AC, no gasoline and no road access leaving many people stranded who refused to evacuate to live like savages in the tropical heat.

“We ran out of gas and there is no money to buy more,” said one resident. “We are desperate, these houses are an oven, a microwave, and we have many older people suffering…we have no where to go or how to cope with this.”

Neither the police, the electric company or rescue services have responded to many in these areas. They have no one to offer help. More that 13 million people were left without electricity and it can take another 2 weeks to restore power again.

The death-toll in the United States from Hurricane Irma has gone up to 30 people in 3 states. It is expected to rise once rescue teams are able to enter some of the more isolated places in the Florida Keys.

This disaster has brought out the best and the worst of humanity. Many volunteers and rescue efforts have been bringing in food, water and other basic supplies. While many have been moved with compassion to help the victims of this storm, others are preying on the misfortune of others to enrich themselves. Many thieves have been looting homes and businesses. Some used sledge hammers to break into different locations to try to profit from this tragedy.

This terrible situation is a small glimpse of what is coming to every city and every nation just before the Second Advent of Christ.

“In the last scenes of this earth’s history war will rage. There will be pestilence, plague and famine. The waters of the deep will overflow their boundaries. Property and life will be destroyed by fire and flood. We should be preparing for the mansions that Christ has gone to prepare for them that love Him.” (Maranatha, p.174).