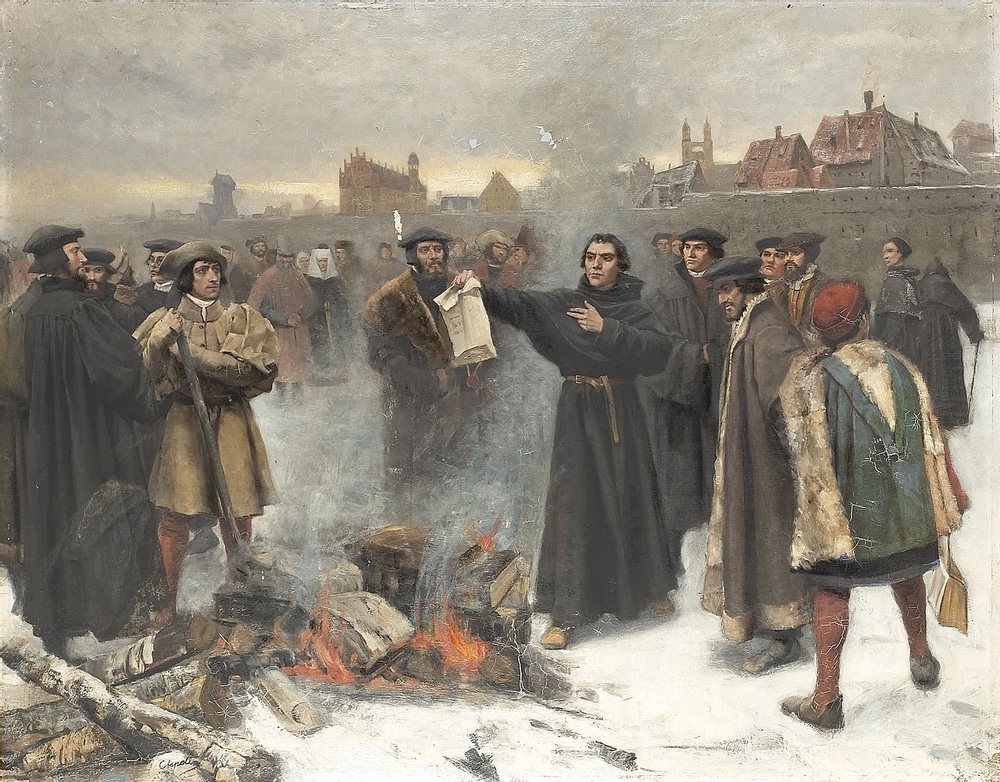 We regret the circumstances that make controversy necessary. It is not by a natural inclination to controversy that prompts us to preach the gospel or discuss issues in which we differ from other Christian religions, including our fellow Seventh-day Adventists. We would gladly welcome seeing the entire Christian world worshiping God in “spirit and in truth” (John 4:24) and on the seventh day Sabbath. No one would rejoice more than us to see Christians and non-Christians alike embracing  one spirit, one faith, one baptism (Ephesians 4:4-6) while united on “the pillar and ground of the truth” (1 Timothy 3:15 ).

But the reality is this: When have God’s people NOT had to endure conflict and controversy? God’s work has always had to advanced with contention and opposition. And God’s work in the future will have to make its way through trials and hardships. We remember the words of Jeremiah when the prophet exclaimed:

“Woe is me, my mother, that thou hast borne me a man of strife and a man of contention to the whole earth! … yet every one of them doth curse me.” Jeremiah 15:10.

This pretty much sums up the experience that every true worker of God has gone through in every age and in every place. Think for a moment about the conflicts and controversies that surrounded the Apostle Paul during his ministry. Paul was in almost constant conflict not only with the unbelieving Greeks and Romans, but also with his own nation, the Jews. From a human perspective, he had a very lonely calling and ministry:

“No man stood with me, but all men forsook me … Notwithstanding the Lord stood with me, and strengthened me … and I was delivered out of the mouth of the lion.” 2 Timothy 4:16, 17.

Why was no one willing to stand with Paul? Because it seemed like he was always in the middle of some kind of trouble for preaching the word of God:

Paul endured these hardships, not because he flattered men, but because he did not shy away from the unpleasantries of speaking God’s truth. Today, it seems that this generation of preachers love the praise and flattery of men more than the approval of God (Matthew 12:43). And even though Paul loved people enough to speak the truth with love, wherever he went, he was commonly referred to as the enemy of the people:

“Am I therefore become your enemy, because I tell you the truth?” Galatians 4:16.

Martin Luther was also no stranger to controversy. He waged the greatest religious conflict in modern times. The religious upheaval he started was so great that on January 3, 1521, Pope Leo X published a Papal Bull excommunicating Martin Luther, his followers and any civil leader who was thinking of protecting him. Not only was Martin Luther declared a heretic, but everyone who supported his views were declared heretics as well. The Papal Bull that excommunicated Martin Luther and every other Protestant stated:

“Our decrees which follow are passed against Martin and others who follow him in the obstinacy of his depraved and damnable purpose, as also against those who defend and protect him with a military bodyguard, and do not fear to support him with their own resources or in any other way, and have and do presume to offer and afford help, counsel and favour toward him.” [1]

The punishment outlined by Pope Leo X was not just excommunication. It included treason, loss of all land and confiscation of all goods:

“On all these we decree the sentences of excommunication, of anathema, of our perpetual condemnation and interdict; of privation of dignities, honours and property on them and their descendants, and of declared unfitness for such possessions; of the confiscation of their goods and of the crime of treason; and these and the other sentences, censures and punishments which are inflicted by canon law on heretics and are set out in our aforesaid missive, we decree to have fallen on all these men to their damnation.” [1]

What was Luther’s great sin for incurring this kind of severe condemnation? He refused to give up his errors and to stop preaching the gospel:

“Nevertheless Martin himself—and it gives us grievous sorrow and perplexity to say this—the slave of a depraved mind, has scorned to revoke his errors within the prescribed interval and to send us word of such revocation, or to come to us himself; nay, like a stone of stumbling, he has feared not to write and preach worse things than before against us and this Holy See and the Catholic faith, and to lead others on to do the same.” [1]

As a faithful watchman and sentinel of God, Luther was accused of corrupting and disturbing the minds of the people. But how could it be otherwise? And how can it be different today? How can men and women be brought to the point where they change their minds if the truth is not brought to their conscience? Blessed are men and women when their minds are restless and grieved if it is God who does it.

“Now I rejoice, not that ye were made sorry, but that ye sorrowed to repentance: for ye were made sorry after a godly manner, that ye might receive damage by us in nothing. For godly sorrow worketh repentance to salvation not to be repented of: but the sorrow of the world worketh death.” 2 Corinthians 7:9, 10.

Let us praise God when our proud minds and sinful hearts are pricked by the Holy Spirit; and if by the grace of God we accept His invitation to repent. We can do no more than preach the word as we have received it from God.

Nor can we be silent when God has entrusted us with this solemn responsibility:

“Cry aloud, spare not, lift up thy voice like a trumpet, and show my people their transgressions, and the house of Jacob their sins.” Isaiah 58:1.

We are not being faithful to the trust committed to us if we do not speak God’s word truthfully. In the above Scripture it will be noted that God does not only say, “Show the world their sins,” but “Show MY PEOPLE their transgressions.” So our duty is both to God’s people and to the world. In fact, Christ sent the disciples first to the lost sheep of the house of Israel (Matthew 10:6) before sending them to the world (Matthew 28:19, 20). 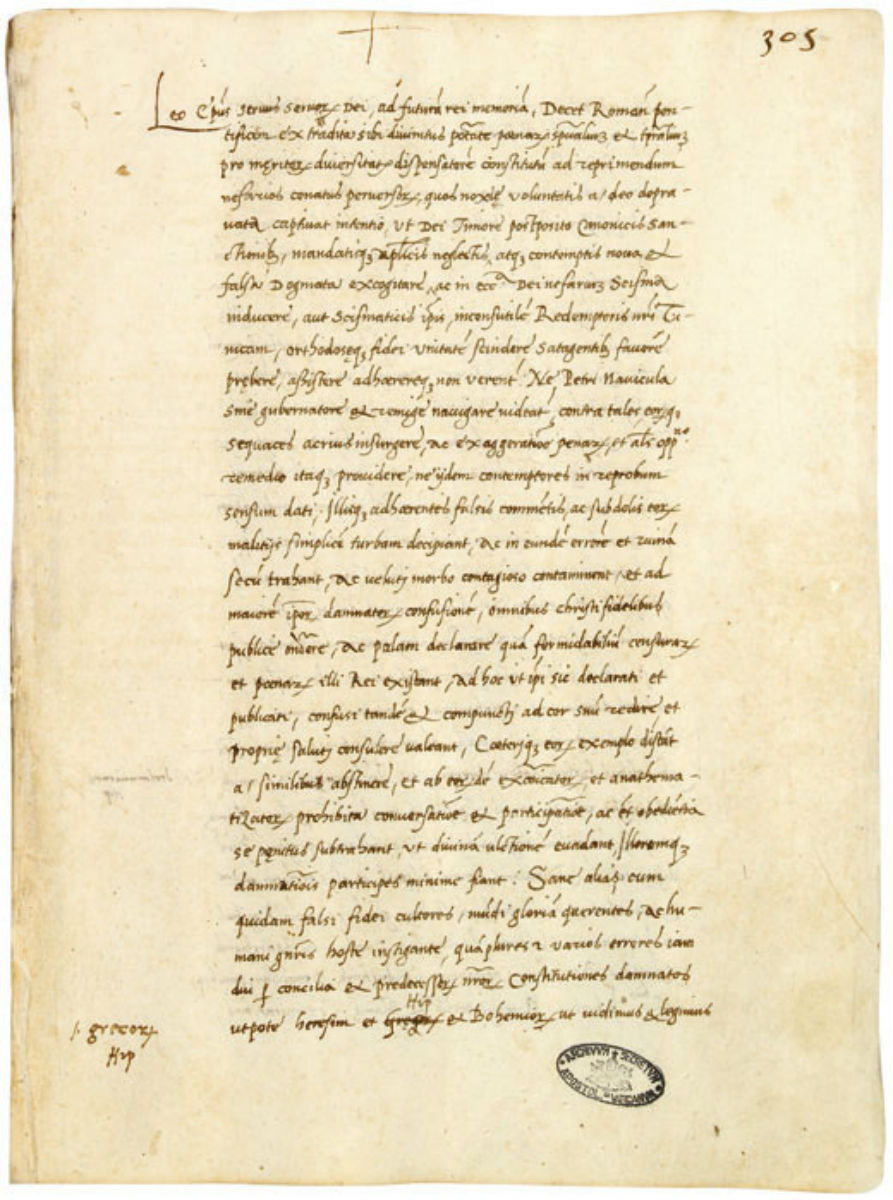 So we repeat that as much as we regret seeing conflicts and contentions, we find it necessary to continue waging war against what God’s word describes as cultural conformity, compromise, sin and apostasy, just as Martin Luther did. Like the prophets of old, we must speak out whether people will “hear or forbare.” (Ezekiel 2: 5, 7).

This is the burden that has been placed on God’s servants:

“Son of man, I have made thee a watchman unto the house of Israel: therefore hear the word at my mouth, and give them warning from me. When I say unto the wicked, Thou shalt surely die; and thou givest him not warning, nor speakest to warn the wicked from his wicked way, to save his life; the same wicked man shall die in his iniquity; but his blood will I require at thine hand.” Ezekiel 3:17, 18.

This is a solemn duty and a grave responsibility because the blood of souls will be on our hands if we refuse to speak truth. This is what the 500th Anniversary of Luther’s excommunication is all about. On January 3, 2021, we will commemorate the spirit of the Reformation:

“Many reformers, in entering upon their work, determined to exercise great prudence in attacking the sins of the church and the nation. They hoped, by the example of a pure Christian life, to lead the people back to the doctrines of the Bible. But the Spirit of God came upon them as it came upon Elijah, moving him to rebuke the sins of a wicked king and an apostate people; they could not refrain from preaching the plain utterances of the Bible,—doctrines which they had been reluctant to present. They were impelled to zealously declare the truth, and the danger which threatened souls. The words which the Lord gave them they uttered, fearless of consequences, and the people were compelled to hear the warning. Thus the message of the third angel will be proclaimed” (Great Controversy, 608).