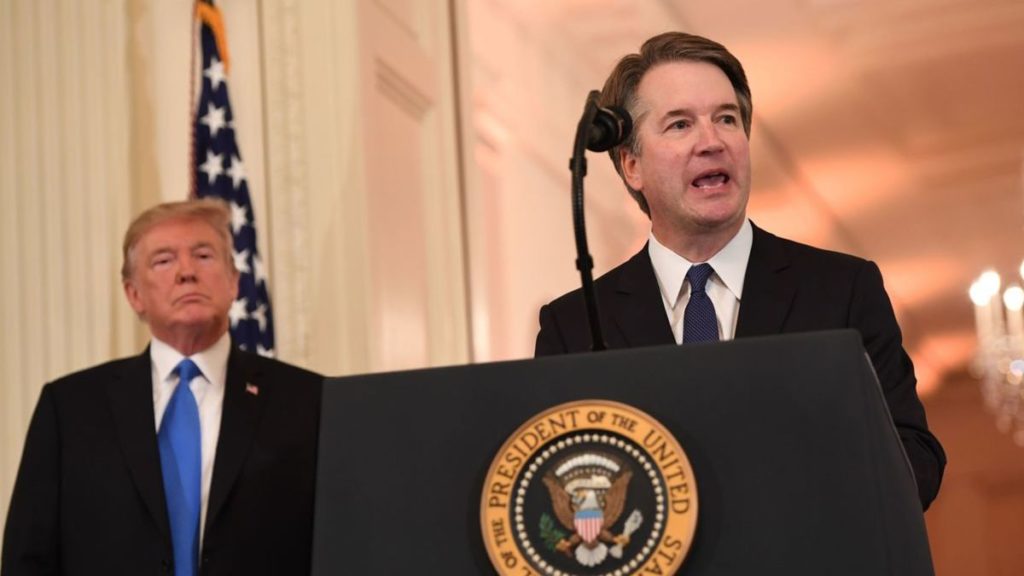 We are on the verge of seeing some very radical changes in the United States. President Donald Trump has just nominated Brett Kavanaugh to be the next U.S. Supreme Court Justice. Kavanaugh is currently a Federal Judge in the U.S. Court of Appeals for the District of Columbia.

According to his federal court biography, Bret Kavanaugh:

In Judge Kavanaugh’s acceptance speech to become a U.S. Supreme Court Justice, he thanked President Trump and spoke highly of his Jesuit education. He also quoted the Jesuit motto “Men for Others” during the national televised event. This motto was coined by the former Jesuit Superior General Pedro Arrupe, SJ (also known as the Black Pope).

There is no question the Kavanaugh was giving a shout out to all of his Jesuit counterparts and announcing his arrival to the U.S. Supreme Court. Kavanaugh demonstrated during his speech that he is proud of his deep Catholic faith when he said the following:

“The motto of my Jesuit high school was, ‘Men for others.’ I have tried to live that creed. I have spent my career in public service from the executive branch and the White House to U.S. Court of Appeals for the D.C. Circuit. I have served with 17 other judges, each of them a colleague and a friend.”

“I am part of the vibrant Catholic community in the D.C. area. The members of that community disagree about many things, but we are united by a commitment to serve. Father John Enzler is here. Forty years ago, I was an altar boy for Father John. These days, I help him serve meals to the homeless at Catholic charities.” (Source)

The Jesuits must be extremely proud that one of their own is quoting a former Jesuit Superior General (the Black Pope) to all Americans on national television. Was America getting an education on Jesuit philosophy as all the media, the politicians and the nation at large tuned in to watch the speech? It certainly looked like it.

One thing is certain: Inspiration warns us that the Jesuits are master manipulators. They present a fair front to the world while conspiring behind the scenes. As God’s people, let us never forget the warnings that the Spirit of Prophecy gives concerning the ultimate objective of this religious order:

“The order of the Jesuits was created, the most cruel, unscrupulous, and powerful of all the champions of popery…Vowed to perpetual poverty and humility, it was their studied aim to secure wealth and power, to be devoted to the overthrow of Protestantism, and the re-establishment of the papal supremacy” (Great Controversy, p. 234).

This reference is a clear and resounding fulfillment of what we have been seeing during the last couple of years. With prophetic accuracy, the Spirit of Prophecy identifies the Jesuit Order as the most “powerful” of all the “champions” of the Papacy to “overthrow Protestantism” and to re-establish “papal supremacy.”

“Under various disguises the Jesuits worked their way into offices of State, climbing up to be the counselors of kings, and shaping the policy of nations…The Jesuits rapidly spread themselves over Europe, and wherever they went, there followed a revival of popery” (Great Controversy, 234).

Are we seeing the end of the U.S. Constitution and the final sell-out of all our civil and religious liberties? It is very possible. Changes are coming, strategies are being implemented and plans are being made to undermine our long-standing values of liberty and freedom. Its’ coming. There is no question about that.

What we need now is for God’s people to rise up and finish the work we have been given. It’s the church that needs to fulfill its God-given role while there is yet time.