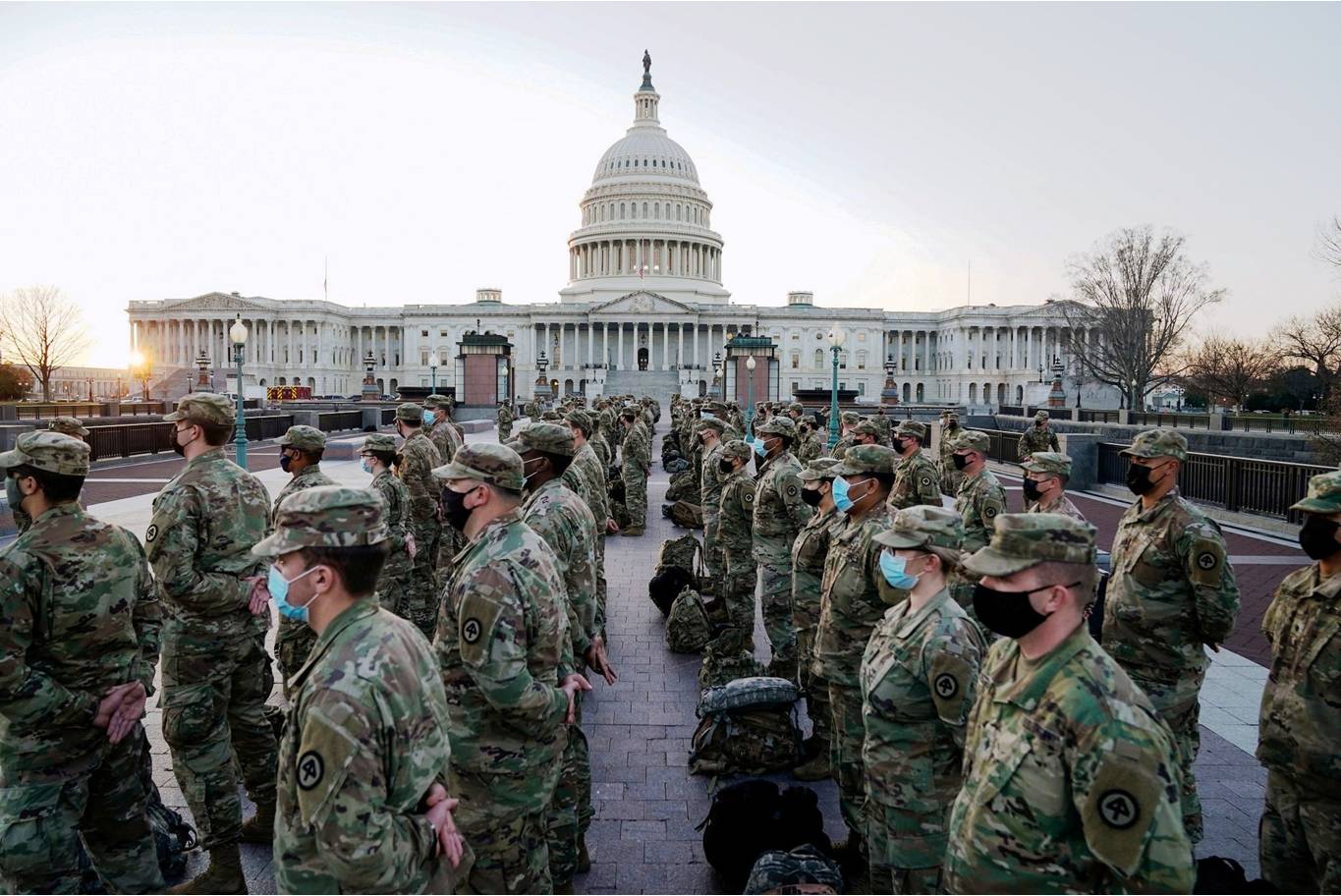 It is sad to see what the United States has come to. The events on Capitol Hill in preparation for Joe Biden’s inauguration have been described as a scene from the U.S. Civil War. This is what is being called a smooth and peaceful transition of power. No one has to declare Marshall Law. If you see what they are doing in Washington, D.C., it appears that Marshall Law has already been declared as the military is taking control. Notice what the news is reporting:

“Soldiers took up positions in the U.S. Capitol in a scene reminiscent of Civil War deployments as Washington braced for the inauguration of a new president … With more than 20,000 National Guard units summoned, the Capitol and its park-like campus resembled an armed camp, with rifle-bearing soldiers standing at arm’s length from one another, and heavy military trucks blocking roads. The city itself contended with a wide perimeter of closed streets.” [1]

Washington, D.C. is turning into an impenetrable fortress complete with a 7-foot non-scalable fence around the United States Capitol topped with barbed wire and 20,000 National Guards. [2] 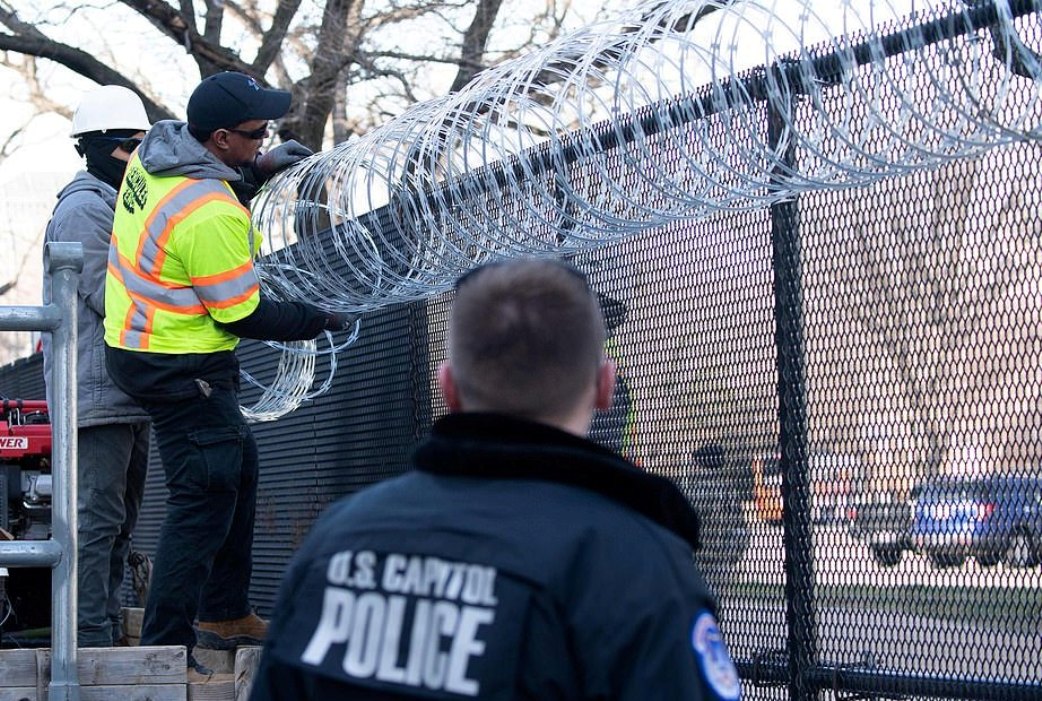 It is a complete paradox that Democrats argued for 4 years that walls and fences were bad. They condemned the construction of a wall to secure our borders, but now they construct a non-scalable, impenetrable fence around the United States Capitol to prevent unauthorized people from entering. Trump’s border wall was evil, but Biden’s razor fence is a symbol of freedom and is supposed to preserve democracy and the peaceful transition of power. 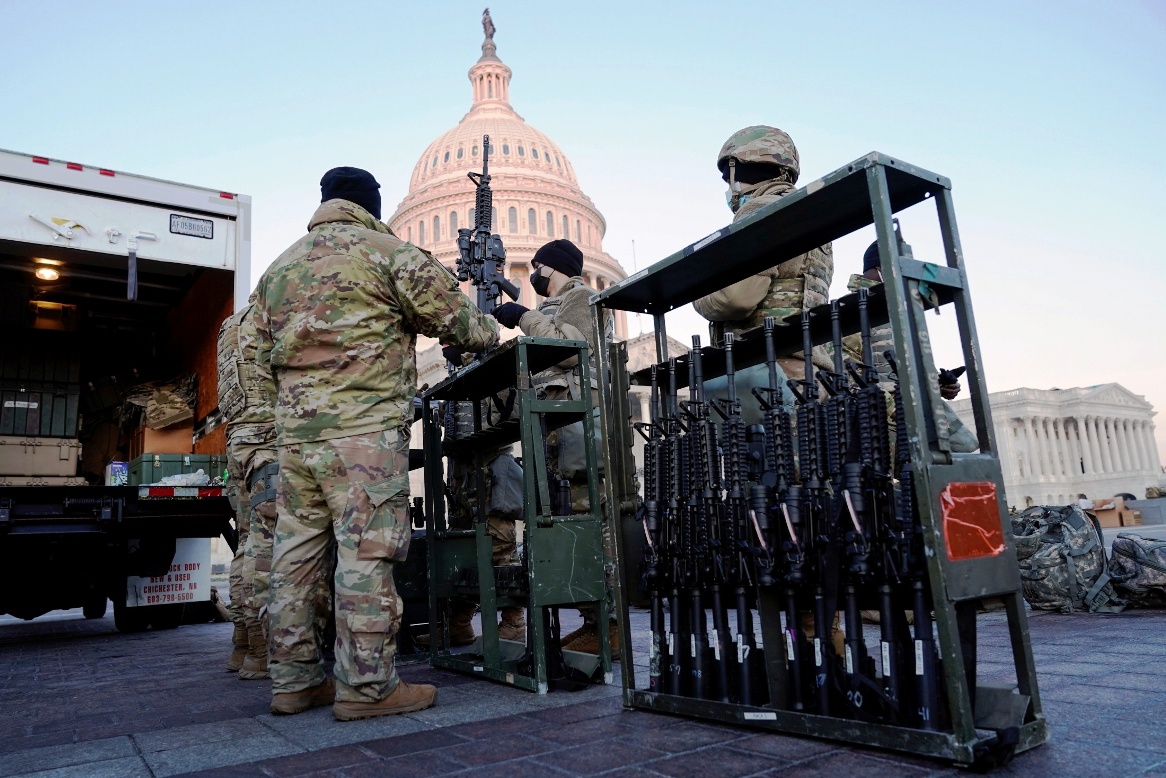 Another strange development has just occurred. The National Guard protecting the United States Capitol has just been authorized to use deadly force against any pro-Trump mob. The news reported the following:

“The 20,000 National Guard troops preparing for pro-Trump demonstrations this weekend in the nation’s capital will be armed and permitted to use lethal force, the headquarters overseeing them says, marking a striking escalation in the way authorities there are preparing for repeat violence after last week’s deadly mob.” [3]

According to news reports, these soldiers are stationed on Capital Hill to protect Joe Biden’s inauguration against the mob of a sitting US President, Donald Trump. And the National Guard is armed with “assault rifles” with shoot-to-kill orders. I imagine that these weapons are fully automatic. 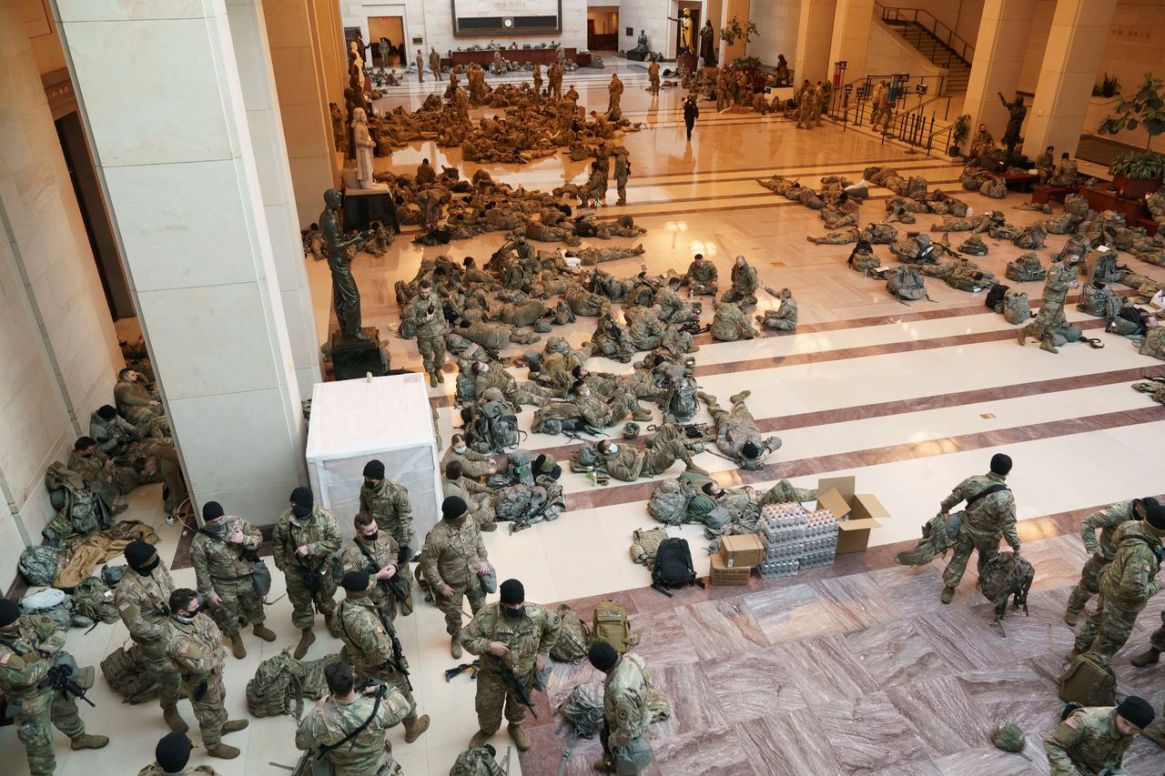 How many peaceful and law-abiding Americans saw their businesses destroyed and their homes burned and did not receive this kind of help? Democratic leaders in Washington, D.C. brought in the National Guard for their personal protection, but they failed to protect our burning cities as thousands of people were terrorized and billions of dollars were lost as anarchists destroyed property.

What is so reprehensible is that peaceful, tax-paying, law-abiding citizens were told to be prepared to get robbed because they were left alone. They were told to hand over their phones and wallets to their attackers. [4] Innocent citizens were pulled from their cars, assaulted and some were beaten to death. Violent mobs seized city blocks, harassed our citizens, attacked federal courts, injured people eating dinner on the streets and burned police stations. But these Democratic leaders in Washington, D.C., call in 20,000 fully armed military personnel to protect their own skin while everyone else was left unprotected. 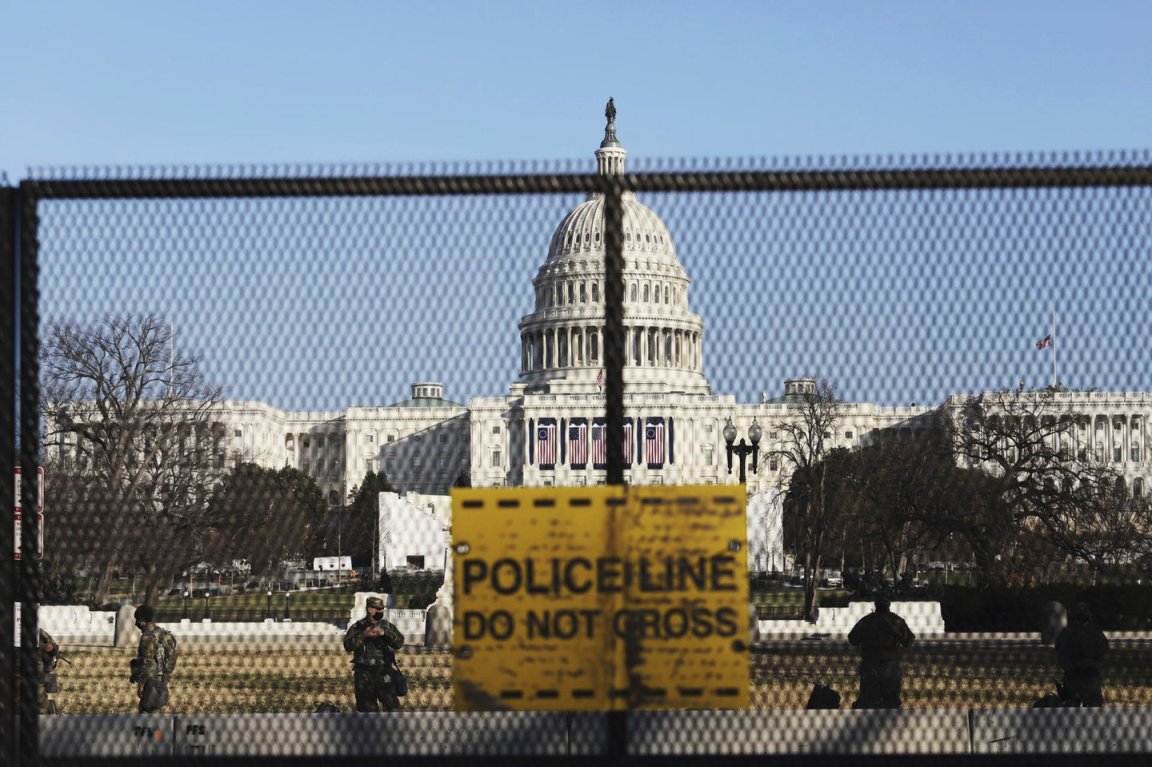 It is unacceptable that hard-working citizens were not given this kind of protection. The show of military force that is on display on Capitol Hill in preparation for Joe Biden’s inauguration should have been used to protect our cities this summer while our free market systems, another American institution, were being destroyed.

The good news is that God’s people are never alone. If we are faithful and abide in Christ and are proclaiming His message and keeping His word, we have nothing to worry about during the coming crisis:

“Just before us is the ‘hour of temptation, which shall come upon all the world, to try them that dwell upon the earth.’ (Revelation 3:10) … Those who are earnestly seeking a knowledge of the truth, and are striving to purify their souls through obedience, thus doing what they can to prepare for the conflict, will find, in the God of truth, a sure defense. ‘Because thou hast kept the word of my patience, I also will keep thee,’ (Revelation 3:10) is the Savior’s promise. He would sooner send every angel out of Heaven to protect his people, than leave one soul that trusts in him to be overcome by Satan. (Great Controversy, p. 560).

Remember, only ONE angel destroyed the Assyrian army of 185,000 warriors:

“And it came to pass that night, that the angel of the LORD went out, and smote in the camp of the Assyrians an hundred fourscore and five thousand: and when they arose early in the morning, behold, they were all dead corpses.”  2 Kings 19:35

That’s what one angel can do, and God said that if necessary He would send every angel from heaven before allowing “one” of His faithful servants to be defeated. This means that if we are faithful, we have nothing to worry about in the hour of temptation that will test the whole world. Now, listen to these words of encouragement:

“But none can pass the mighty guardians (angels) stationed about every faithful soul. Some are assailed in their flight from the cities and villages; but the swords raised against them break and fall as powerless as a straw. Others are defended by angels in the form of men of war” (Great Controversy, p. 631).

Wow! Angels in the form of men of war? That is amazing! I’m not even going to ask the angels if their service weapons are government-issued or something from out of this world. I’ll be glad just having them by my side!