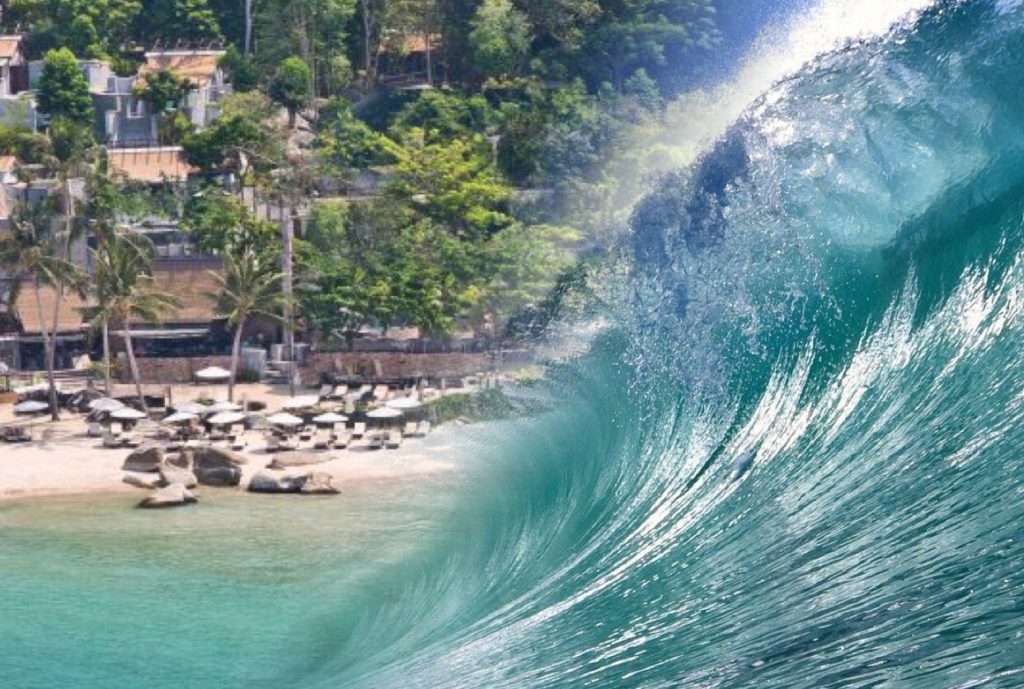 Just days before Christmas massive killer waves brought death and destruction to another area of Indonesia. The volcanic eruption of Amal Krakatau created a tsunami that devastated villages and beach resorts leaving at least 430 dead. [1]

Part of the Amal Krakatau volcano collapsed into the ocean creating the deadly tsunami. No warning system was given and the people were completely unaware of the coming destruction.

Video has captured the the Anak Krakatau volcano erupting the day before – and more explosions the day after – a tsunami hit the coast of Indonesia, killing hundreds of people https://t.co/fSiJ78tVuN pic.twitter.com/z2ysE8FKY8

A video surfaced showing how the tsunami hit a beach front concert while people were feasting and partying. One moment everyone was rejoicing in their festivities, the next moment everyone was screaming as the waters came crashing through. This was a small shadow of what happened to the world just before the great flood.

The moment a Tsunami hit A concert where the band ‘Seventeen’ was playing on Tanjung Lesung beach in Indonesia pic.twitter.com/8QaPiVee1I

This is just the latest tragedy in what appears to be a long chain of natural disaster piling up one after another affecting Indonesia and the rest of the world. Very often people overlook the reasons why these disasters happen. But if we know Bible prophecy then we know that something out of the ordinary is happening to our world.

“Disasters by sea and by land follow one another in quick succession. How frequently we hear of earthquakes and tornadoes, of destruction by fire and flood, with great loss of life and property! Apparently these calamities are capricious outbreaks of disorganized, unregulated forces of nature, wholly beyond the control of man; but in them all, God’s purpose may be read. They are among the agencies by which He seeks to arouse men and women to a sense of their danger.” (Prophets and Kings, p. 277).

All of the signs of the end times are meant to arouse us so that we can get ready and help others to get ready for what is about to come:

“The conditions prevailing in society, and especially in the great cities of the nations, proclaim in thunder tones that the hour of God’s judgment is come and that the end of all things earthly is at hand. We are standing on the threshold of the crisis of the ages. In quick succession the judgments of God will follow one another—fire, and flood, and earthquake, with war and bloodshed. We are not to be surprised at this time by events both great and decisive; for the angel of mercy cannot remain much longer to shelter the impenitent.” (Prophets and Kings, p. 278).