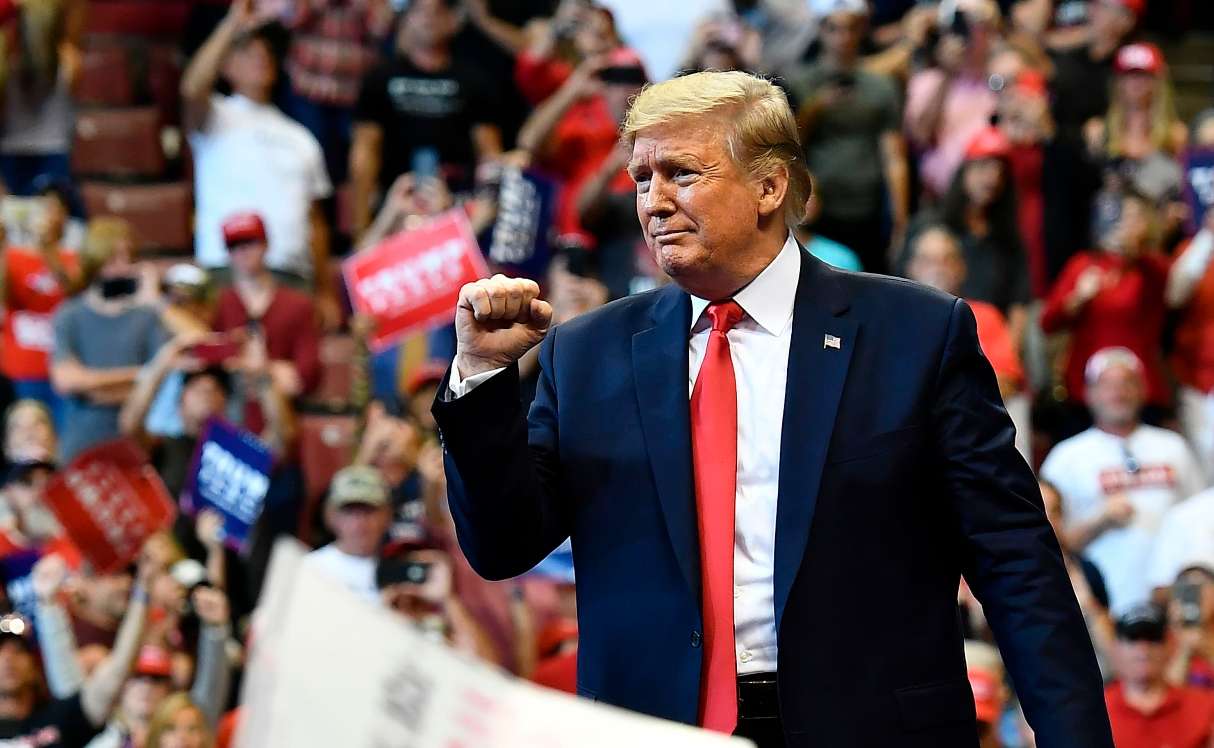 The work of religious liberty in Adventism has become nothing more than a left wing, globalist propaganda factory. Liberty Magazine is the official religious liberty journal for the Seventh-day Adventist Church. This publication depends on paid subscriptions by Seventh-day Adventist churches. Churches generally purchase subscriptions of Liberty Magazine and send them to non-Adventist religious and political leaders. And what message are we sharing with the world?

The message is that Donald Trump and his supporters are “symptoms” of the many “ailments of American society.” The problem is not pro-abortionists, pro-LGBT+ activists, pro-lockdown measures, pro-socialist rioters or violent anarchists. They were not even mentioned. Only Donald Trump and his supporters are described as problematic on par with communist China and oppressive Russia.

There was a time when the work of religious liberty was dedicated to promoting biblical truth. We used to defend the principles of Protestantism. There was a time when religious liberty found its legitimacy in the fact that it served all people indiscriminately and remained apolitical. Today, Liberty Magazine is pushing left-wing, socialist, Marxist and globalist indoctrination.

In the November/December 2020 issue of Liberty Magazine, there is an article entitled, “On God and Pandemic,” written by Elie Mikhael Nasrallah. This article could have appeared in any secular or socialist journal. It promotes the same guiding principle espoused by the Vatican.

An “Integrated International Order” is good, but Donald Trump’s Nationalism is Bad

“No nation is an island anymore. Globalization, immigration, migration, and technology are invading every corner of this globe. Now America finds itself tied to the world as never before. There is no American exceptionalism when it comes to pandemics or modern-day plagues. This integrated international order is above and beyond any nation-state or empire.” [1]

‘“The nation-state alone does not have a future,” said Angela Merkel, the German chancellor, in May of 2020. The German chancellor–who will not seek re-election next year, and who will be missed–signaled that innovation is needed. The world cannot return to where it was before the virus. The status quo ante is untenable. The nationalism of Trump’s America, Xi’s China, and Vladimir Putin’s Russia is not the answer.” [1]

“In fact, the phenomenon of Trump is a symptom and not a cause of the many ailments of American society.” [1]

Here we have an official Seventh-day Adventist publication praising the globalist views of Rome. Liberty Magazine is calling for a new “integrated international order.” This is the same message found in Pope Francis’ encyclical “Fratelli Tutti.” We are all connected. We are all one and the same, and we need a new universal fraternity.

The Liberty Magazine article also praises advances in science and laments the fact that a sizeable portion of the American population does not believe in climate change, opposes stem cell research and ignores the draconian COVID-19 lockdowns:

“American contradictions are truly remarkable. The USA has the world’s top universities in academic, scientific, technological, and social sciences research in most fields. Yet there is a sizable portion of the population that is opposed to science, climate change, cell research, pandemic medical instructions, vaccines, and many other issues. [1]

Once again, the official Seventh-day Adventist religious liberty magazine is promoting Rome’s climate change propaganda. I’m not sure what the relationship is between climate change and religious freedom, but there is a distorted view of faith and politics at our religious liberty department. The business of the church is to save the souls of men and women. The business of religious liberty is to protect the right of the church to preach the everlasting gospel and the Three Angels’ Messages. Instead, Liberty Magazine is advocating Marxist-leftist politics designed to usher in a globalist new world order.

“The bottom line, according to byproduct theorists, is that children are born with a tendency to believe in omniscience, invisible minds, immaterial souls–and then they grow up in cultures that fill their minds, hard-wired for belief, with specifics. It is a little like language acquisitions, Paul Bloom says, with the essential difference that language is a biological adaptation and religion, in his view, is not. We are born with an innate facility for language but the specific language we learn depends on the environment in which we are raised. In much the same way, he says, we are born with an innate tendency for belief, but the specifics of what we grow up believing—whether there is one God or many, whether the soul goes to heaven or occupies another animal after death—are culturally shaped.” [1]

No clarification is given as to which belief system is genuine or which are false. Whether you believe in the Bible, the Koran or in reincarnation, there is nothing unique or distinct in these beliefs because…

“Belief in a noncorporeal God or gods, belief in the afterlife, belief in the ability of prayer or ritual to change the course of human events–are found in virtually every culture on earth.” [1]

This is the same philosophy contained in the Pope’s encyclical “Fratelli Tutti.” All the religions are the same. We are one. Let’s not make any distinction or focus on our differences. Seventh-day Adventists are supposed to be calling people out of sin, apostasy and lawlessness (Revelation 14:6-12). But it now appears that the priority of Liberty Magazine is to reengineer society into one, global utopian society founded on socialism. This will eventually prepare the pathway that will usher in the kingdom of Antichrist:

This agenda described in prophecy cannot be enforced upon the world without a global government whose power and authority can reach the entire world. We are seeing the development of such an infrastructure before our very eyes. Instead of warning us against the dangers of this end-time apostasy, Liberty Magazine has become its ardent supporter. The article concludes with the following statement that summarizes the entire liberal political message:

“In God we trust. In nature we believe. And in science we will find our solutions to ancient and modern problems.” [1]

Seventh-day Adventists must remain apolitical as our pioneers intended. This is absolutely necessary in order for maintaining trust and credibility when sharing our message. And when the religious liberty work in Adventism diminishes this trust, betrays its mission and promotes Rome’s policy, it is past time for Adventists to cancel their subscriptions to Liberty Magazine. Lincoln Steed is the editor of Liberty Magazine and you can share your thoughts or submit your cancellation notice to him personally: lincoln.steed@nad.adventist.org