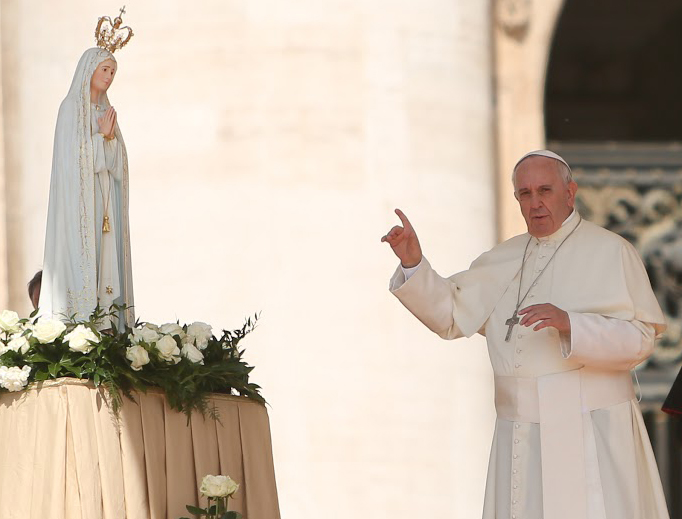 Approximately 600,000 people attended World Youth Day in Panama with Pope Francis from January 22-28, 2019. This world-wide event for young people is held every three years. It is organized by the Roman Catholic Church as a special encounter with the Pope. Pope Francis pointed to Mary and encouraged the Catholic youth gathered in Panama to “follow” the Virgin Mary, calling her the biggest “influencer” of all time. [1]

The doctrine of Mary is one of the most prominent beliefs in Catholicism. The church defends the immaculate conception of Mary, her ascension into heaven, her role as “Queen of Heaven,” and her intercessory work that they claim Mary does in behalf of sinners before God. These 4 doctrines make Mary another deity worthy to be venerated. This is the central teaching of the Catholic faith.

These Catholic doctrines are deeply set against the clear teachings of scripture. Jesus is the only “mediator” between God and man (1 Timothy 2:5). Jesus is the only advocate with God whenever we sin (1 John 2:1). Jesus is the only one who is sitting at the “right hand” of God “interceding” for us (Romans 8:34). It is Christ’s death on the cross and His heavenly intersession that is the most important work in the history of the cosmic universe. Christ alone is the world’s biggest influencer, and He alone will receive this honor by the redeemed.

“Worthy is the Lamb that was slain to receive power, and riches, and wisdom, and strength, and honor, and glory, and blessing. And every creature which is in heaven, and on the earth, and under the earth, and such as are in the sea, and all that are in them, heard I saying, Blessing, and honor, and glory, and power, be unto him that sitteth upon the throne, and unto the Lamb for ever and ever.” Revelation 5:12, 13.

Mary was not slain for your sins and she does not intercede for us when we sin. Nowhere in the Bible are we taught this. To ascribe to Mary the offices, titles and roles that belong to Jesus is to rob Christ of the honor and glory that He alone possesses.

This is in fact a deception and billions of people are being drawn into a snare by the enemy. The bewitching teachers of spiritualism have deceived the world with their fables and this work is a fulfillment of prophecy:

“Satan has long been preparing for his final effort to deceive the world. The foundation of his work was laid by the assurance given to Eve in Eden: ‘Ye shall not surely die.’ ‘In the day ye eat thereof, then your eyes shall be opened, and ye shall be as gods, knowing good and evil.’ Genesis 3:4, 5. Little by little he has prepared the way for his masterpiece of deception in the development of spiritualism. He has not yet reached the full accomplishment of his designs; but it will be reached in the last remnant of time. Says the prophet: ‘I saw three unclean spirits like frogs….They are the spirits of devils, working miracles, which go forth unto the kings of the earth and of the whole world, to gather them to the battle of that great day of God Almighty.’ Revelation 16:13, 14. Except those who are kept by the power of God, through faith in His word, the whole world will be swept into the ranks of this delusion” (Maranatha, 166).