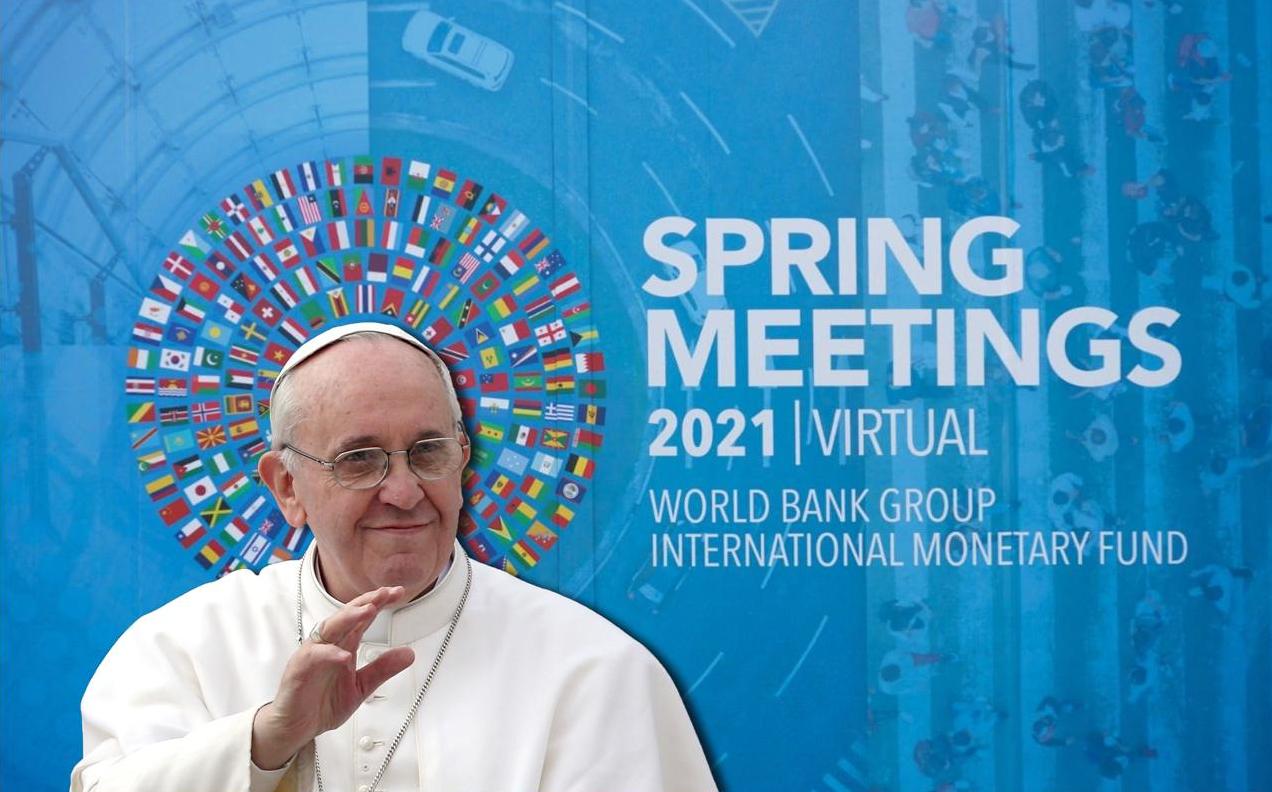 A global plan to change the world is underway. Its architect is Pope Francis, and on April 7, 2021 he delivered a message to the premier international financial institutions on the planet, the World Bank Group and the International Monetary Fund. These are the organizations that make loans and grants to governments and that facilitate international trade. The Pope’s call to these financial giants was to usher in radical changes to our economies. Take a look at the economic policies that Pope Francis is imposing upon the world’s international financial systems. They come directly out of Laudato Si’:

“Nor can we overlook another kind of debt: the “ecological debt” that exists especially between the global north and south.  We are, in fact, in debt to nature itself, as well as the people and countries affected by human-induced ecological degradation and biodiversity loss.  In this regard, I believe that the financial industry, which is distinguished by its great creativity, will prove capable of developing agile mechanisms for calculating this ecological debt, so that developed countries can pay it, not only by significantly limiting their consumption of non-renewable energy or by assisting poorer countries to enact policies and programmes of sustainable development, but also by covering the costs of the innovation required for that purpose (cf. Laudato Si’, 51-52). [1]

A debt to nature? A mechanism to mitigate the climate crisis? Sustainable development policies? These are the fundamental principles outlined in Laudato Si’ and this is the solution that the Pope offers to the global banking industries. Then Pope Francis pushed his second papal encyclical, Fratelli Tutti, during the virtual meeting:

“The pandemic, however, has reminded us once again that no one is saved alone.  If we are to come out of this situation as a better, more humane and solidary world, new and creative forms of social, political and economic participation must be devised, sensitive to the voice of the poor and committed to including them in the building of our common future.” (cf. Fratelli Tutti, 169). [1]

This was the message to the globalists and the bankers of the world. The radical changes, if you’ve been following what the Pope has been saying recently, will include using the Covid-19 pandemic as a pretext to impose severe lockdown measures, thereby destroying small businesses and weakening the economies of nations. The goal is to take advantage of this crisis to finish stripping people of civil and religious liberties. It will include more surveillance, more policing, more national and international registration databases, more mask mandates, more social distancing, forced vaccinations, covid passports, and the elimination of private property.

According to Revelation 13 and 17, Bible prophecy describes an effort to subdue all of humanity. How will this happen? It will be achieved through the imposition of coercive measures that drastically limit religious and civil liberties for individuals and for entire populations. In various places in our world, these measures have already been approved and funded. By whom? By organizations like the World Bank Group and the International Monetary Fund – willing participants in the Papal New World Order.

Prophecy has described that this very scene would take place during the last days:

The stage is being set for the final act of the drama. Our world is changing rapidly and it is time for God’s people to rise up and have a living experience with the everlasting gospel of Revelation 14: 6-12. We have a message that must be lived and proclaimed to every nation, tribe, language and people.

“The proclamation of the first, second, and third angels’ messages has been located by the word of Inspiration. Not a peg or pin is to be removed. No human authority has any more right to change the location of these messages than to substitute the New Testament for the Old” (Selected Messages, Book 2, p, 104).