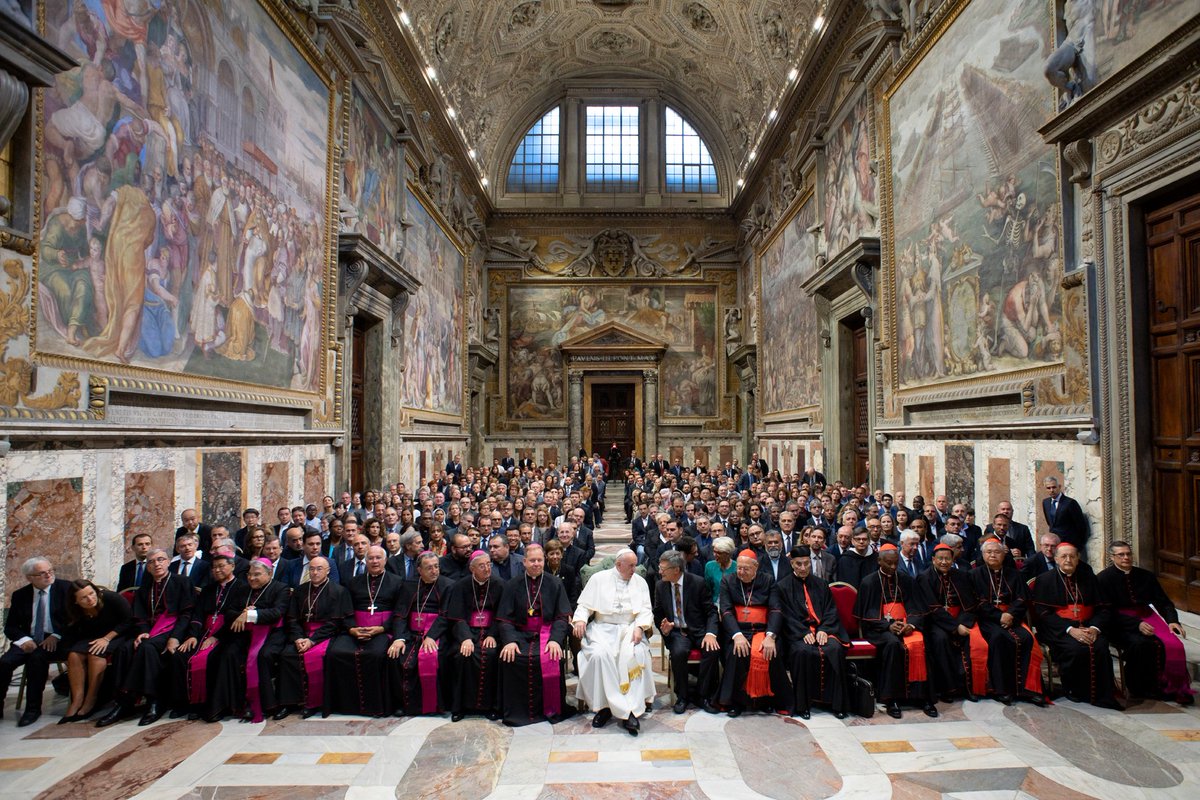 Pope Francis meets with the International Association of Penal Law on Nov. 15, 2019.

Following up on the Synod of Bishops for the Amazon, Pope Francis announced the introduction of “ecological sins” into the official teachings of the church. Francis was speaking during the 20th World Congress of the International Association of Penal Law (AIDP) held in Rome on November 13-16, 2019. [1]

The Pope told the international group of criminal law attorneys and policy makers that he has plans on introducing “sins against ecology” into the Catechism of the Catholic Church. This talk about amending church doctrine and policy was made during the Pope’s address to the leaders of the AIDP. The AIDP is a secular international organization that works on creating and passing international criminal laws. [2]

The leaders of the AIDP traveled to the Vatican to meet with Pope Francis. In fact, they held their 20th World Congress in Rome! The Pope emphasized during this Global Criminal Law Summit that “ecocide” must be recognized as a “crime against peace” and that these crimes must not go unpunished. The Pope wants the international community to criminalize through legal enactment these new “sins” against our ecology. [3]

Secondly, Pope Francis cannot stand at the level of God and create moral law. Any ecological sin would fall under the category of a man-made tradition. Remember what Jesus said about this: “But in vain they do worship me, teaching for doctrines the commandments of men.” Matthew 15:9.

Lastly, Pope Francis is not only pushing his environmental policy through the church by defining offenses against the ecology as “sin,” he is also demanding that secular criminal law advocates view these new “sins” as crimes. The Pope also wants to see violators punished through secular law.

This is the motive and objective for inventing ecological sins. The Pope is giving his blessings for the implementation of some new kind of criminal legislation that will punish those who violate his environmental policies. We also know that within the Pope’s policies there is a green Sunday law just waiting to be enforced.

The future is clear. The Pope wants real penalties levied against those who violate his new fictitious sins. And he wants those real penalties to be executed through new fictitious environmental laws. May the Lord open our eyes so that we can know the times and the seasons. May we accomplish the work of spreading the Three Angels’ Message while we still have time.