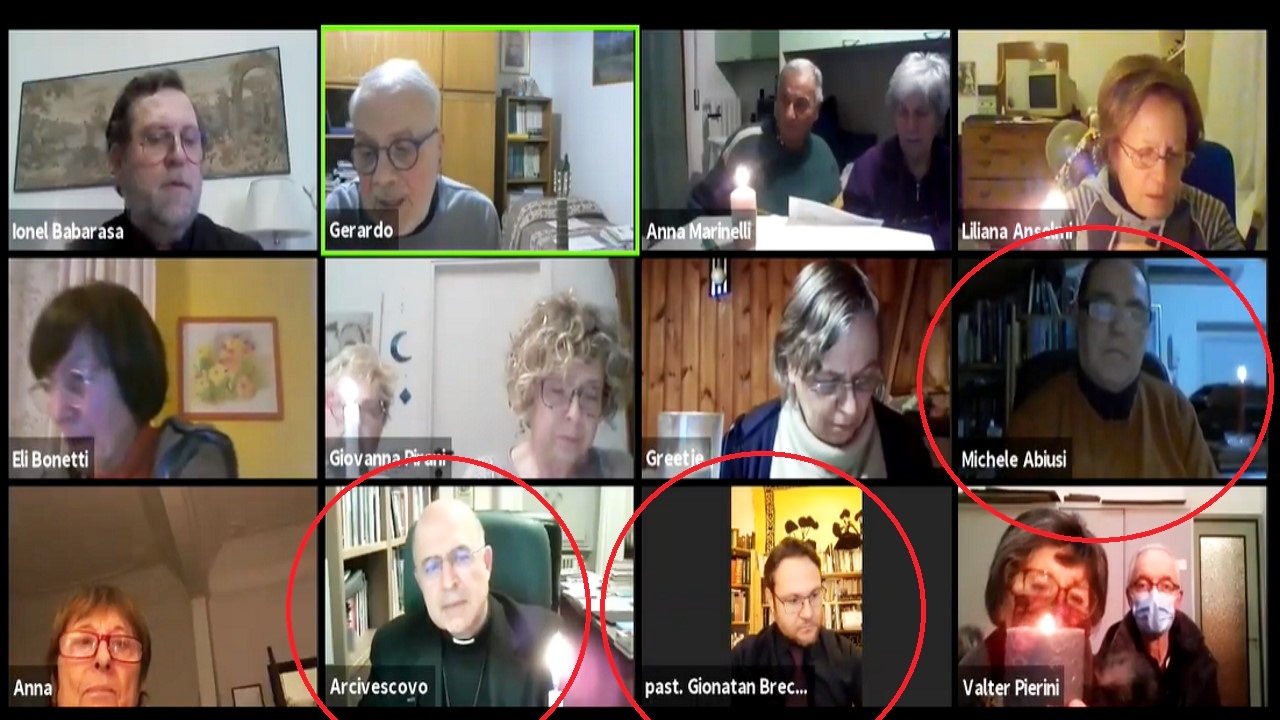 On Sunday, January 17, 2021, Pope Francis summoned the different representatives of the Christian churches to celebrate the “Week of Prayer for Christian Unity.” The event aimed to deepen the relationship of the churches with each other in order to create a more visible unity. The theme of this year’s unity event announced by Pope Francis was called “Abide in my love and you will bear fruit.” [1]

The churches responded to the Pope’s call. On Monday, January 18, 2021, Roman Catholic, Orthodox, Seventh-day Adventist and Methodist leaders accepted the Pope’s challenge and joined in the celebration. This news was reported by the Roman Catholic Archdiocese of Ancona-Osimo located in central Italy. Notice what they posted:

“Abide in my love: you will produce much fruit,” taken from the Gospel of John (John 15:5-9), is the theme on which the Christian Churches and confessions are reflecting on the occasion of the Week of Prayer for Christian Unity (January 18-25, 2021) … The ecumenical meeting, focused on the theme of the Week, was attended by Archbishop Angelo Spina, the director of the diocesan ecumenical office Father Valter Pierini, Father Ionel Barbarasa of the Romanian Orthodox Church, the Adventist pastors Gionatan Breci and Michele Abiusi, the preacher of the Methodist Church Greetje Van der Veer.” [2]

The Roman Catholic Diocese of Ancona-Osimo also published a programming schedule for this event. At the top of page 2 of the program, you will see the name in red letters “Michele Abiusi, Pastor of the Seventh-day Adventist Church.” [3] This Seventh-day Adventist minister participated in the celebration and prayed that God would “weave” the different churches “together.” Pastor Michele Abiusi’s prayer is located in the middle of page 3 in the program schedule and says:

“Michele: O God who gathers us, You weave us together as one vineyard in your Son Jesus. Make your Spirit of love dwell in us in community meetings and in every ecumenical meeting. Grant us to be able to celebrate you together in joy. [3]

“Michele: Be one for the world to believe! Remain in his love, go into the world and produce the fruits of his love.” [3]

The second Seventh-day Adventist pastor, Gionatan Breci, was also listed on the program as a featured speaker on page 4 along with the Orthodox priest and Roman Catholic archbishop. This was only the first encounter that Seventh-day Adventists had with the other churches. Remember, this was a week-long celebration. The ecumenical services would continue and Pastor Gionatan Breci would play a much larger role during the upcoming celebrations. 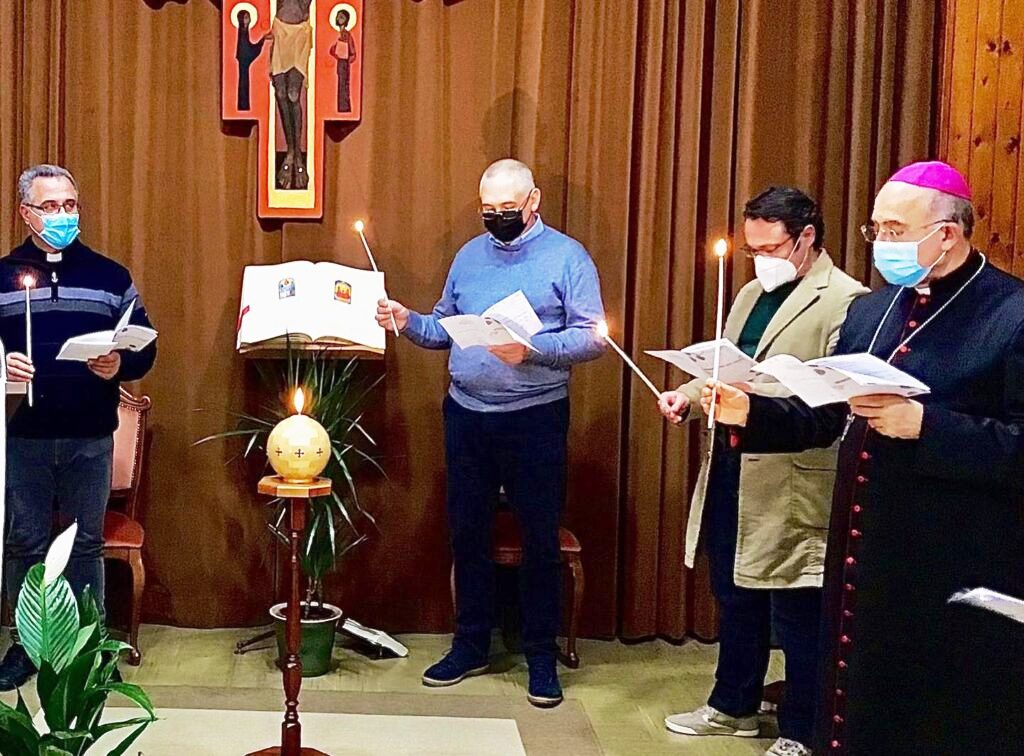 Commemorating the rituals of the Catholic monk “Dorotheus of Gaza” with the “light in the center,” or “God.”

Not only are Seventh-day Adventists heeding the Pope’s call to deepen their relationships with other faiths, but the ceremonies they are embracing are steeped in Catholic mysticism and spiritualism. The Pontifical (Vatican) Council for Promoting Christian Unity and the World Council of Churches were responsible for preparing the ecumenical liturgy for the 2021 Week of Prayer for Christian Unity. [4]

The Vatican published the program of prayers, songs and worship that were used during the Week of Prayer for Christian Unity 2021 mentioned by Pope Francis. The liturgy included rituals by the Catholic monk “Dorotheus of Gaza” and asked the participants to “form circles” around a “candle,” supposedly representing our unity with God and with each other. Notice some of the instructions given for this year’s celebration published by Rome:

“The  center represents  God,  and  the  paths  to  the  center  are  different  ways  people  live. When people living in this world, desiring to draw closer to God, walk toward the center of the circle… Instruction: The persons take several steps toward the center …to the extent that they move closer to the center, to God, they move closer to one another. And the closer they come to one another… Instruction: The persons move to the centre together …the closer they come to God.  Instruction: When the candle-bearers reach the center they each light their candle. As they stand together at the center all keep a time of prayer in silence. [4]

These ecumenical/spiritual exercises are not about embracing the word of God, experiencing repentance, or emphasizing conversion or holiness; no, the ecumenical movement is about participating in Catholic liturgies and sacraments that unite us with Rome. And this is what Seventh-day Adventists are embracing. 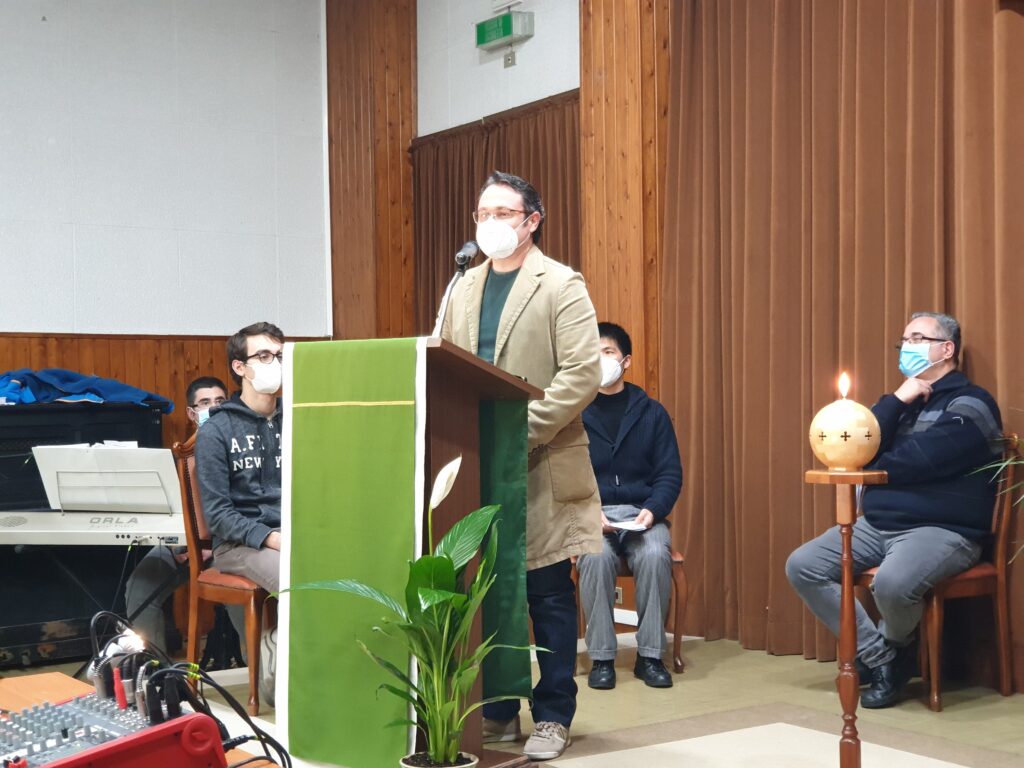 The picture above comes from the Roman Catholic seminary’s Facebook page and says: “Last night we lived a beautiful moment of prayer, united around the light that is Christ, we walk together towards unity.”

You can see Seventh-day Adventist Pastor Gionatan Breci, Catholic Archbishop Angelo Spina and Baptist Pastor Amado Luis Giuliani commemorating the same theme presented by Pope Francis called “Abide in my love: you will bear much fruit.” And it is not surprising that these men followed the same Catholic spiritualist exercises described by the Vatican and the World Council of Churches. Notice the ceremony:

“Finally, as a final gesture, the Archbishop, the two pastors, the rector and two seminarians, approached the central candle and each lit his own candle praying in silence. This is the meaning of the gesture: the central candle represents Christ and, the closer we get to him, the closer we get to each other. The meeting then ended with the recitation of the Our Father.” [5]

Seventh-day Adventist Pastor Gionatan Breci expressed his feelings about this ecumenical encounter at the papal seminary with the following words:

“It is always a pleasure to be here and share what unites us, that is Jesus Christ and His Word.” [5]

This is a hoax and a delusion. It is NOT God’s word that unites us with Rome. God is not calling Seventh-day Adventists to do this. It is the Pope’s call, not God’s, that is uniting the churches. Embracing Rome at its Catholic seminaries and participating in its mystical exercises requires significant adjustments and compromises to our unique beliefs and practices. 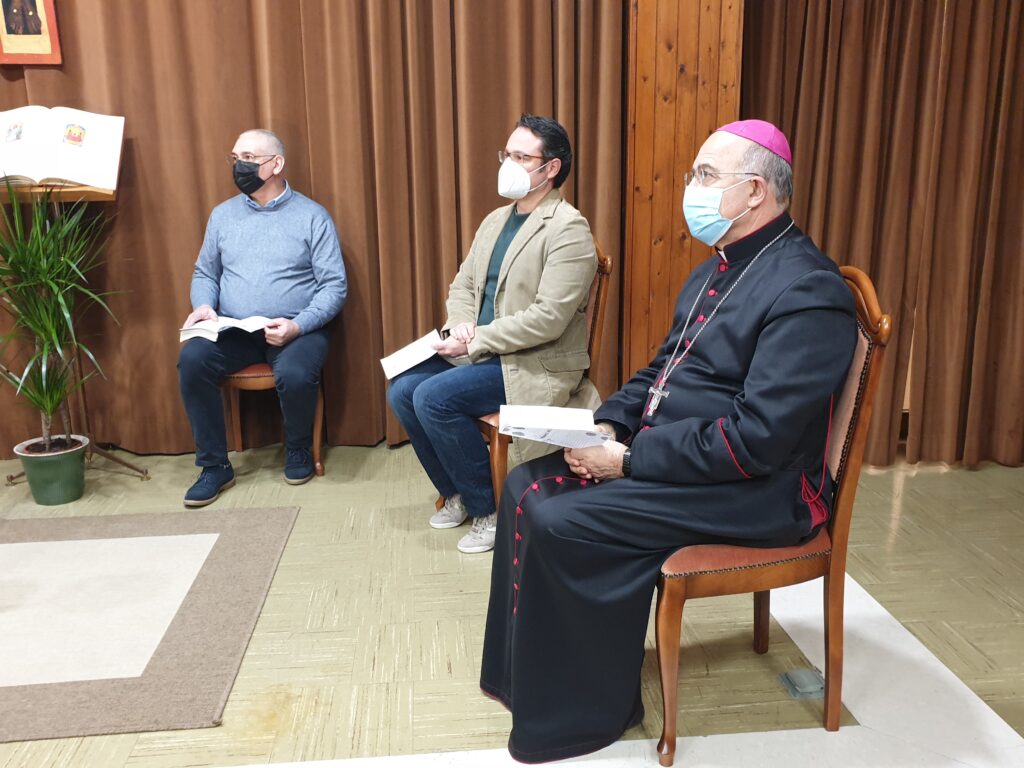 Our Protestant, historical school of prophetic interpretation established by the founders of the Reformation identified the Papacy as the “beast,” the “little horn,” and the “antichrist.” This understanding became clear when the Scriptures were translated into the language of the people and when they saw that prophecy connected the tyranny of papal supremacy with the events of Daniel and Revelation. 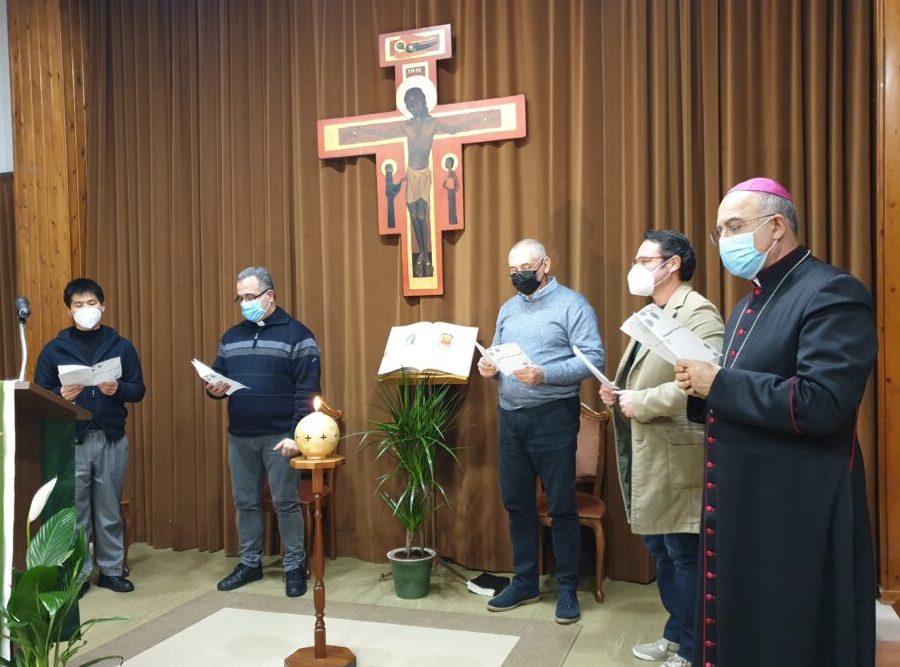 The candle in the middle, according to the liturgy being read, is suppose to represent God. This is idolatry!

It is foolish and naive to think that a deeper unity with Rome is even possible without any compromise. What do you think is happening to our distinct Protestant school of prophetic interpretation as we work together with Rome to fulfill its mission of creating a common witness? It becomes abandoned. What happens to the Three Angels’ Messages? They are being put in jeopardy by misguided leaders.

What about our world-wide commission? What about our solemn duty? What about what God commanded us to do? What about the messages that we are supposed to be proclaiming? Why can’t church leaders today see that we have a theological and prophetic understanding that would make it IMPOSSIBLE to work towards unity with Rome? Unity with Rome does not help us fulfill our mission of proclaiming the gospel in the context of Revelation 14 and 18, it hinders it.

Our failure to preserve our testimony is putting us on a one-way street towards Rome. We are witnessing how Adventism is being compromised today. Our faith is being diluted with Catholic and liberal elements, and our true Protestant heritage is being abandoned. The culmination of ecumenism is “Rome sweet home.”

The truth is that these compromised ecumenical leaders in Adventism are fulfilling prophecy, but not what they imagine. Just as Eve was deceived by the sweet words of Satan, today too many of our people are under a terrible satanic delusion because of all the smooth talk found in the ecumenical movement:

“Satan has carried his first great work of deception down through all the ages, and will until the close of time. In antichrist, he has a living agent. When the Christian world shall make void the law of God when church and state are united, when Protestantism shall reach its hands across the gulf to unite with Romanism, allegiance to the law of God will be fully thrown off and the decree will go forth against the people of God. But when men trample on the plainest requirements of God’s word, the prayer will go up to heaven, ‘It is time for thee, Lord to work; for they have made void thy law.’ [Psalm 119:126.] And God will work. Satan will then inspire men, and even professedly Christian men who refused to receive the love of the truth, to accuse and slander those who keep the commandments of God and have the faith of Jesus” (Manuscript, 104, 1893).

What Seventh-day Adventist pastors Gionatan Breci and Michele Abiusi are doing is not an isolated incident. The whole church is involved and we will show this in Part II.