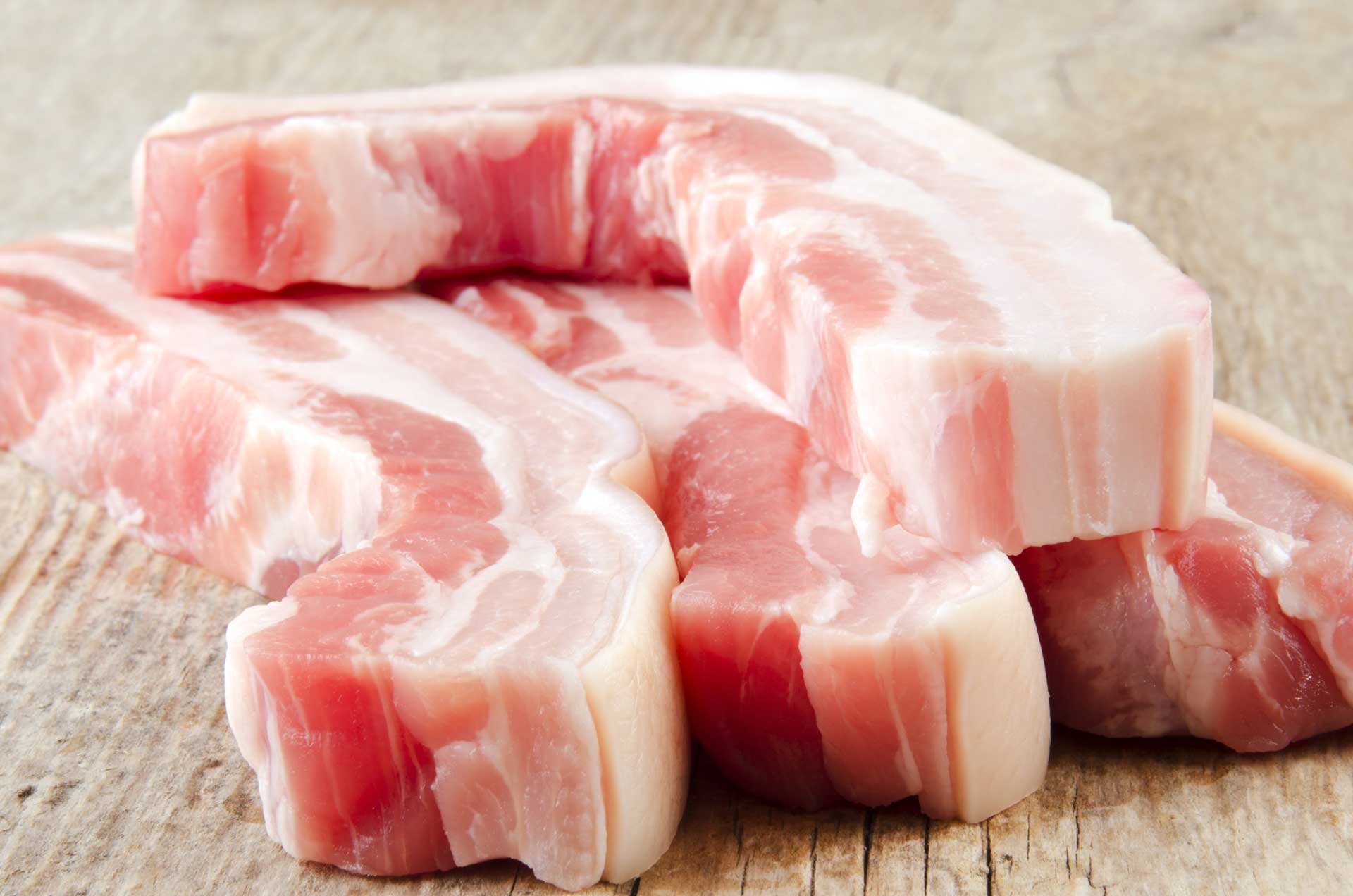 Adventist Today published an article that basically says we can be pig eaters. [1] What part of the pig? Pork fat or lard. Lard is pork fat, especially from the pork belly region. Because pork fat is closely connected to the flesh, extracting it is not always easy. The fat is usually separated from the pork by boiling it. These removed layers of grease turn into lard and this is what is used for cooking. Sounds appetizing? Well, you haven’t heard anything yet.

James White published an article on this subject called Swine’s Flesh – Forbidden in the Word of God. The article appeared in The Health Reformer, Vol. 7, No. 1, January, 1872, p. 18. James White not only talks about eating pork but he also says what the fat of pigs should be used for. He used three Bibles versus showing God’s prohibition on eating pigs.

“And the swine, because it divideth the hoof, yet cheweth not the cud, it is unclean unto you: ye shall not eat of their flesh, nor touch their dead carcase.” Deuteronomy 14:8.

“Which remain among the graves, and lodge in the monuments, which eat swine’s flesh, and broth of abominable things is in their vessels.” Isaiah 65:4.

“They that sanctify themselves, and purify themselves in the gardens behind one tree in the midst, eating swine’s flesh, and the abomination, and the mouse, shall be consumed together, saith the LORD.” Isaiah 66:17.

Now notice James White’s arguments against eating pigs. This ending is not for those with weak stomachs:

God said of the flesh of swine in the days of Moses: “It is unclean unto you.” What change can have taken place to make it clean, and a proper article of food for Christians? Has God changed his mind on the subject? Has man so changed that what was unclean as an article of food for the Hebrews has become clean to Christians? Or, has the change taken place in the nature of the pork? Has the change from the Jewish dispensation improved the nature of hogs? Did the death of the Son of God sanctify the swine? And does the freedom of the world-wide proclamation of the glorious gospel of Jesus Christ give liberty to Christians to eat those things which were an abomination if eaten by the Hebrews?

Then for what was the swine made? We may not fully understand why God made rats, lizards, hogs, and rattlesnakes. And we are very grateful that we are not obliged to eat all the brutes and reptiles for which we cannot definitely assign other uses. But swine’s grease is used extensively to lubricate carriage and railroad car wheels. And the swine’s nature and taste adapt him to the work of a scavenger, to gather up the filth, and thus prevent impurities in the atmosphere. The swine delights in filth. He revels in it. He is happiest when nearly buried in it, or satisfying his vile taste with most horrible rottenness.

If, by chance, he meets a fellow swine that has lain dead a week, until the carcass has become a blackened mass of putrefaction, he will delight his taste, fatten on carrion, and hold jubilee. He devours that with the keenest relish which is most in harmony with his gross nature. And, more, the swine is an absorbent. Through his lungs, and the pores of his skin, he takes in miasma (tainted air), as a sponge absorbs water. His taste and his smell are in harmony with the most abhorrent rottenness. As a scavenger, the swine takes into his brute system, from the filth he eats, and from the corruptions he delights to breathe, until every particle of him contains the deadly infection.

And then, Christian men and women, in their turn, do him the honor to become scavengers to the swine, in serving up the flesh of his abominable dead carcass as an article of food. And how very careful and prudent these Christian people are not to waste any portion of the precious swine. They will use his heels, where issue the grossest secretions from his corrupted blood, and his snout, which never blushed or turned aside when coming in contact with the most disgusting corruptions.

Some will recognize more of the delicious in a roasted pig’s tail than in a pint of ripe strawberries. And lest a precious scrap of the swine should be left, they even use his miserable intestines for sausage cases. The terrible influence of swine-eating upon the human system is beyond description. The word scrofula, which represents a nearly universal disease in our day, the almost endless varieties of the taint of which may be named legion, comes from the Latin word scrofa, which signifies “a breeding sow,” the mother of abominations. And it may be a question whether the word, or the terrible disease signified by it, would have had existence, had man never eaten swine’s flesh.

The very character and disposition of the swine accords with his gross habits and diseased flesh. We do not say that the moral evil of swine-eating is proportionate to the physical; but we do say that the very close connection of physical and mental, of matter and mind, would lead one to conclude that the moral evil would run very nearly parallel with the physical ruin. At least, the character of the swine is complimented by the poor devils, as Christ was about to cast them out of the man from the tombs, who, seeking their affinity, “besought him, saying, If thou cast us out, suffer us to go away into the herd of swine.” [2]