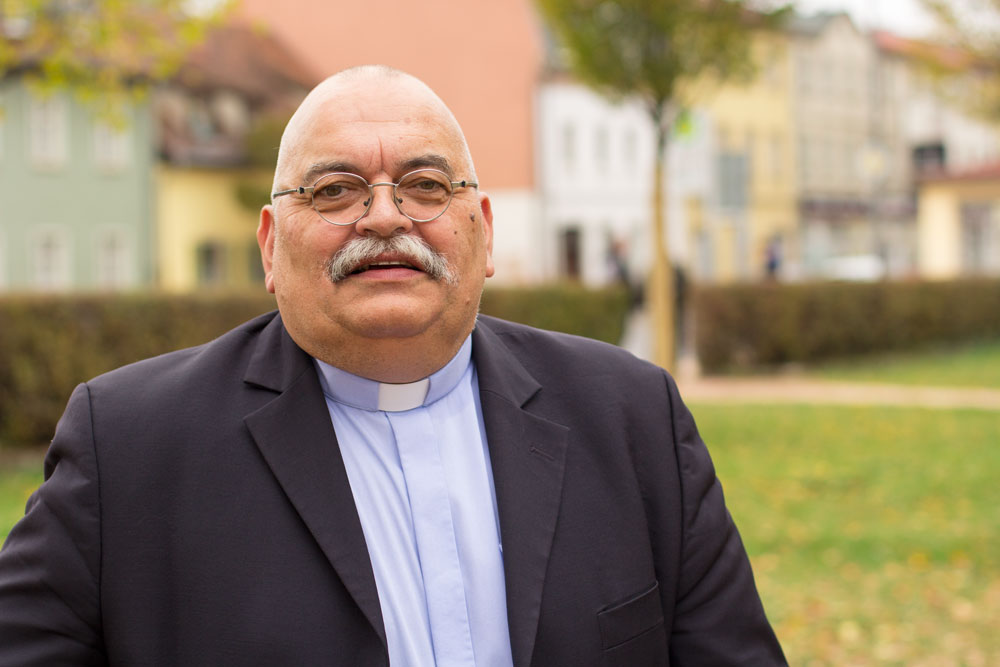 Friedhelm Klingeberg is a Seventh-day Adventist pastor [1] who has served the church for more than 30 years. [2] 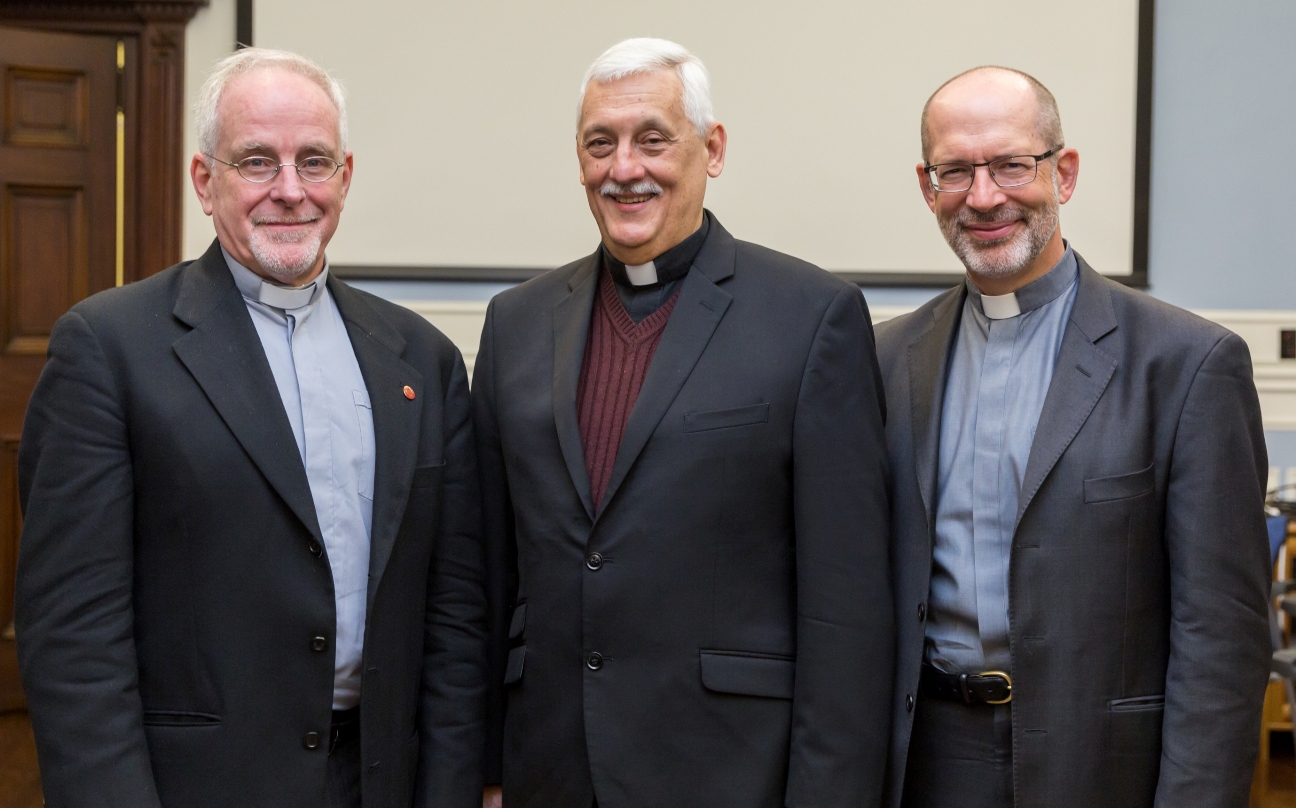 Here is Arturo Sosa (center) the Superior Jesuit General of the society of Jesus with two of his top Jesuits. This is how the Seventh-day Adventist pastor is dressing up like.

Friedhelm Klingeberg looks more like a Jesuit priest than a Seventh-day Adventist minister. I know that many will try to make excuses in order to justify this interfaith crossdressing. Some will say that we cannot be so quick to judge him. But the truth is that Seventh-day Adventist pastors are becoming indistinguishable from Roman Catholic priests.

Let’s be clear. This is not Adventism, not by a long shot. In these photos you can’t even tell who is who anymore. Who is the Jesuit Priest? Which one is the Seventh-day Adventist pastor? How can we tell them apart? 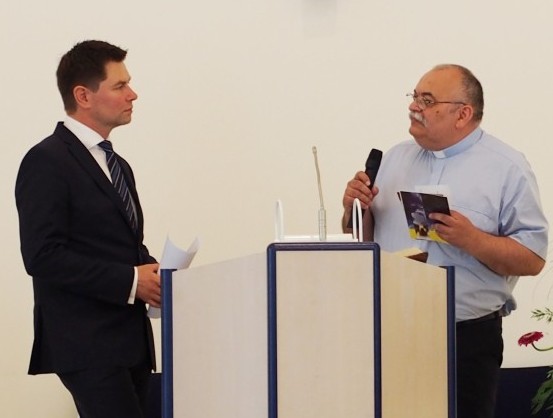 I would like to believe that this was just some simple, cultural misunderstanding. But the truth is that God has already warned us that attempts would be made to destroy our faith by eliminating the differences between His people and the “observers of the first day.”

“I was told that men will employ every policy to make less prominent the difference between the faith of Seventh-day Adventists and those who observe the first day of the week. In this controversy the whole world will be engaged, and the time is short” (Selected Messages, Vol. 2, p. 385).

The aim is to make us look and sound just like the other churches. This is being done by introducing new theories and characteristics into the church in order to give us a new makeover.

Make no mistake, we are in a war. The church is being hijacked. New customs, new attitudes, new anti-biblical theories, new anti-Spirit of Prophecy arguments and new dress-codes are making us indistinguishable from Rome. 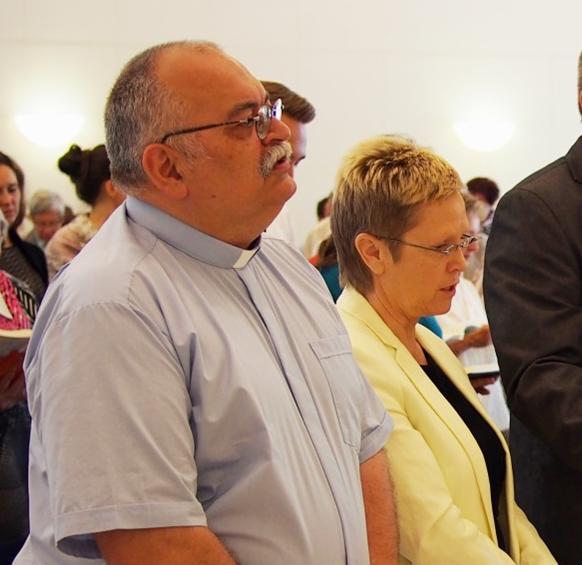 Pastor Klingeberg is getting ready to preach in an Adventist Church. Standing next to him is his “pastor wife.” [6]

The church needs to give us some kind of explanation about all this. The local Seventh-day Adventist conference in Germany has openly embraced the Roman Catholic dress code by this pastor. They condone it and do nothing to stop this. The local union also has to know what’s going on because he’s on the Hope Channel in Germany. Does the Inter-European Division also endorse this? What about the General Conference? 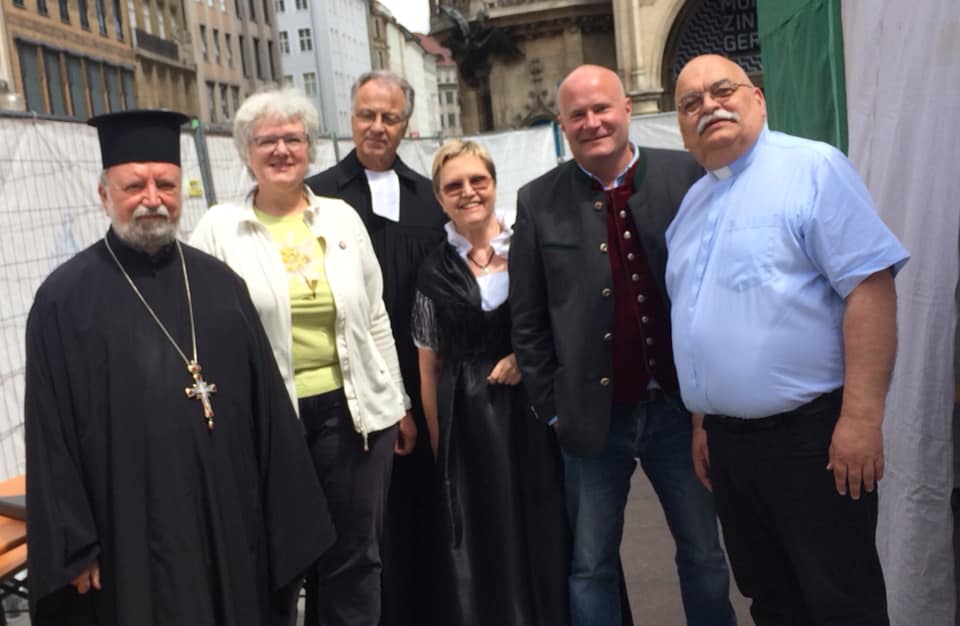 SDA Pastor Klingeberg (right) wears his Roman Catholic collar during an ecumenical encounter with other churches. He’s a leader in ecumenism representing Adventists in Germany.

The church needs to disavow this massive wardrobe failure by its pastors. They are attempting to remove the line of distinction between the Remnant church and the Roman church. We are supposed to be a peculiar people set apart from the rest of the world:

“God requires of His people now as great a distinction from the world, in customs, habits, and principles, as He required of Israel anciently. If they faithfully follow the teachings of His word, this distinction will exist; it cannot be otherwise” (Patriarchs and Prophets, 458).

Why do we allow these “great distinctions” that separate us from the world to be removed? Why do we tolerate these changes? Why do we so easily surrender the faith without a fight? All of these small, subtle changes undermine our faith. Apostasy is not just one big giant step; no, it’s a thousand little tiny compromises that make it seem like nothing is really changing. But after a while we see how far we have drifted away from where God has lead us. 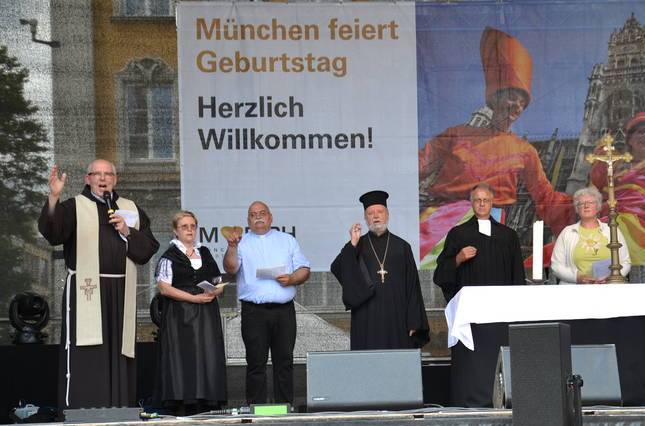 If you are not shocked by seeing a Seventh-day Adventist pastor dressed as a Roman Catholic priest then I am shocked at you. This ought to frighten you, knowing that the church would allow this. This display is not Adventism – its Romanism. It’s part of the “Catholic procession” that Ellen White said would one day make its way into Adventism:

“That night I dreamed that I was in Battle Creek looking out from the side glass at the door and saw a company marching up to the house, two and two. They looked stern and determined. I knew them well and turned to open the parlor door to receive them, but thought I would look again. The scene was changed. The company now presented the appearance of a Catholic procession. One bore in his hand a cross, another a reed. And as they approached, the one carrying a reed made a circle around the house, saying three times: ‘This house is proscribed. The goods must be confiscated. They have spoken against our holy order.’ ” (Testimonies, Vol. 1, p. 577). 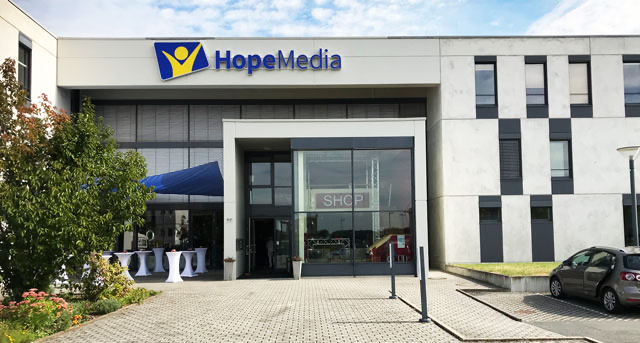 If we remain quiet while Romanism gains more and more ground within the church, we become complicit. We validate it. Silence is acceptance. And in the day of judgment we will be looked upon by the pioneers and founders of this movement as the greatest cowards and culturally silenced people this world has ever known.

“When souls are in peril, God’s ministers will not consider self, but will speak the word given them to speak, refusing to excuse or palliate evil” (Prophets and Kings, p. 141)

“God cannot use men who, in time of peril, when the strength, courage, and influence of all are needed, are afraid to take a firm stand for the right. He calls for men who will do faithful battle against wrong, warring against principalities and powers, against the rulers of the darkness of this world, against spiritual wickedness in high places. It is to such as these that He will speak the words: ‘Well done, good and faithful servant; … enter thou into the joy of thy Lord.’ Matthew 25:23.” – {Prophets and Kings, p. 142).