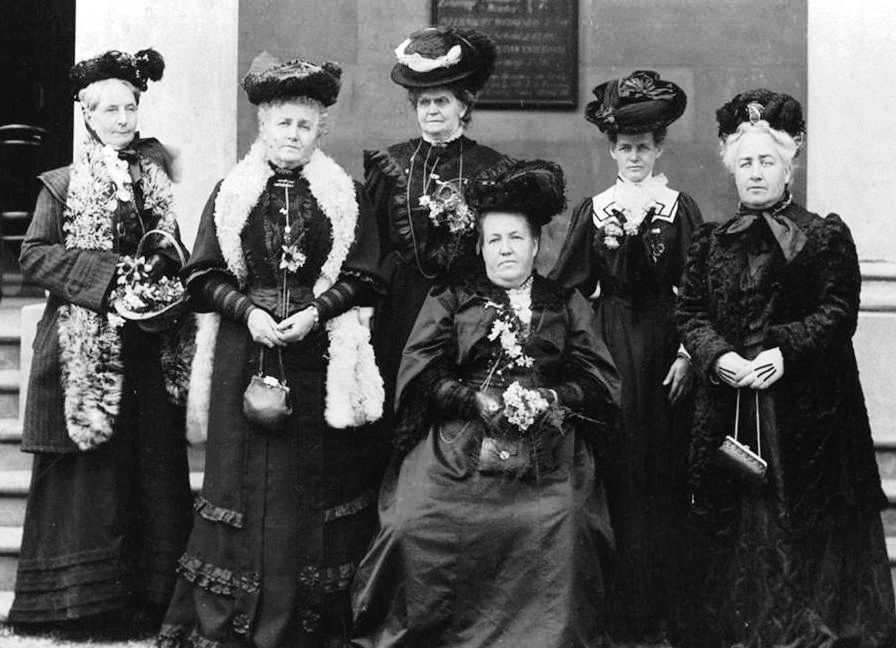 Early Seventh-day Adventists supported many of the principles of the temperance movement, such as taking pledges against the use of tobacco and alcohol. Early Adventists supported the abolition of slavery. They also championed religious liberty. They were sympathetic to the women’s suffrage movement. But when Ellen White was asked to take up the call on women’s suffrage she responded by saying that her “work was of another character.” [1] However, there was one “reform movement” that Ellen White was forcefully opposed to and that was the “women’s rights” movement.

“Those who feel called out to join the movement in favor of women’s rights and the so-called dress reform might as well sever all connection with the third angel’s message. The spirit which attends the one (women’s rights/dress reform movement) cannot be in harmony with the other (third angel’s message). The Scriptures are plain upon the relations and rights of men and women.” (Testimonies, Vol. 1, p. 421).

This “spirit” that she saw operating inside of the “women’s rights” movement during the 19th Century was the same “spirit” that later appeared in the women’s liberation movement of the 20th Century. It is the same spirit that is driving the modern radical, liberal feminist movement. You see, the women’s rights movement became the women’s liberation movement and eventually transitioned into the modern feminists moment we see today – a movement that is out of harmony with the third angel’s message. 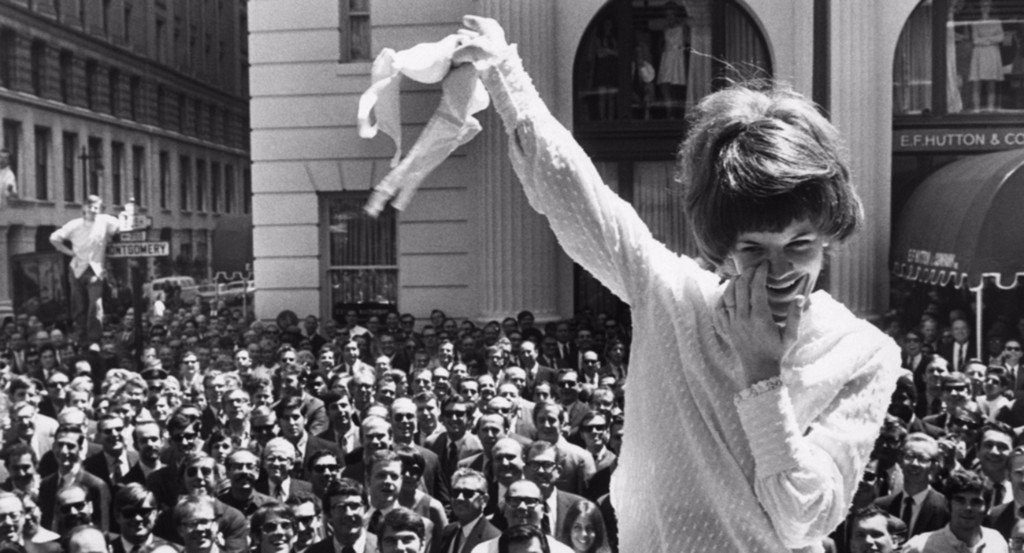 A feminist removes her bra in public during the 1960’s Cultural Revolution.

Today the feminist movement is promoting the idea that Biblical marriage is an institution that enslaves women. [2] They teach that the Bible is sexist, misogynistic and oppressive to the rights of women. The feminist movement advocates reproductive rights, abortion on demand, gender rights and lesbianism. They are demanding immediate social, economic, political and RELIGIOUS equality between the sexes.

Feminists have developed a philosophy of religion that has reconstructed and redefined certain Bible texts to fit their agenda. They are criticizing and calling into question the original “relations and rights of men and women.” (Testimonies, Vol. 1, p. 421).

The “women’s rights” movement that Ellen White warned about has made its way into the Seventh-day Adventist Church. Women are demanding equality in Adventist ministry with full ecclesiastical authority to baptize, ordain elders, perform communion service and conduct every other function that an ordained minister is entitled to, even though there is no Biblical support for doing so. This is the fruit of the feminist movement. 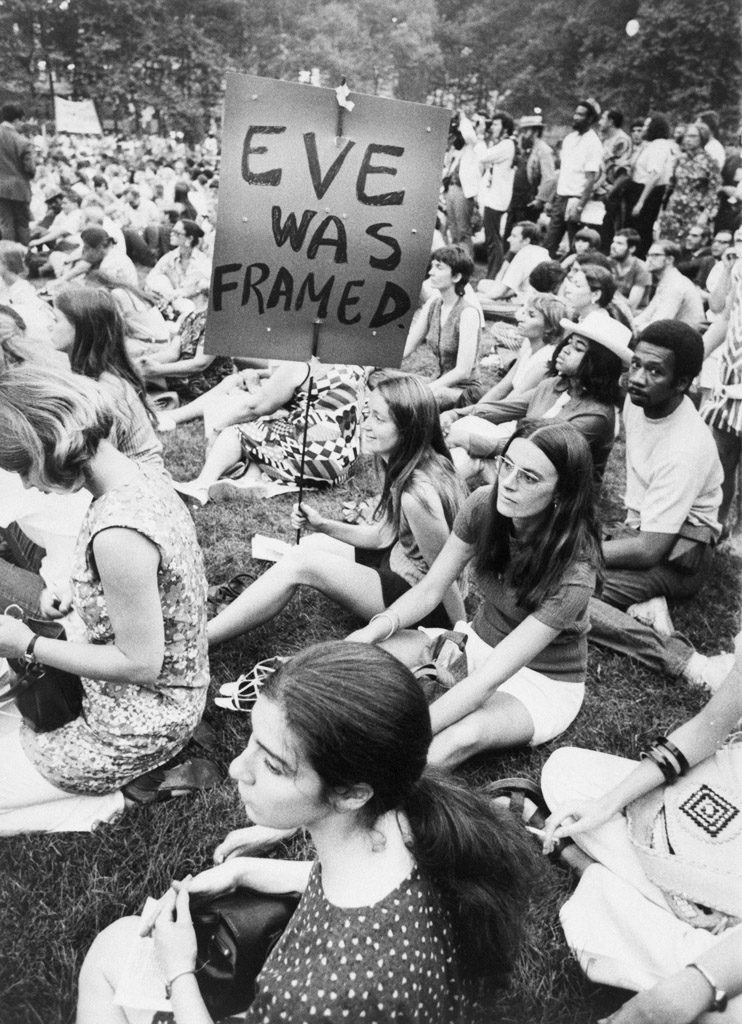 1970’s – Women’s Liberation Movement. The sign suggests that Eve was framed (set up to fall) by God.

In 1990, women’s rights advocates in the Seventh-day Adventist Church were able to bring their agenda to the 1990 General Conference Session. However, the delegates overwhelmingly voted to reject the ordination of women into ministry. This did not stop the women’s rights movement within the church. They continued working to get their full rights passed at the 1995 General Conference Session. But after being defeated again in 1995, the women’s rights movement realized that they might never get their goals passed during a world session.

So then the liberals in North America just began ordaining women in many local conferences despite the “no” vote at the General Conference Sessions. They did this on their own authority and without any regard to the body of Christ.

Later the liberals brought the subject on women’s ordination to the 2015 General Conference Session; and again it was defeated by the church delegates. We can all be thankful that the majority of the delegates at the 1990, 1995 and 2015 General Conference Session voted to stay with the Bible and Spirit of Prophecy. The Seventh-day Adventist Church has emphatically rejected the liberal, feminist appointment of ordained women into the ministry.

But don’t underestimate the determination of the radial, liberal feminists. They are still ordaining women in the church today in an act of defiance against the Bible and against church policy. This is open rebellion. This is the “spirit” that Ellen White warned about. Nothing is going stop them from attempting to impose their agenda – not even the words of inspiration! 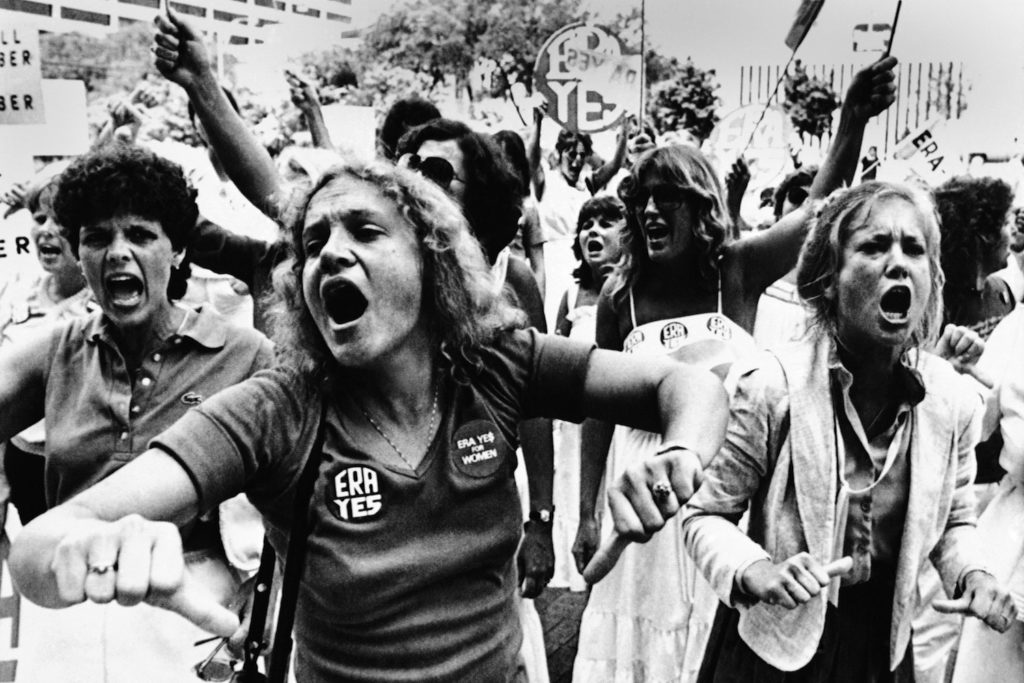 “The very beginning of the great apostasy was in seeking to supplement the authority of God by that of the church. Rome began by enjoining what God had not forbidden, and she ended by forbidding what He had explicitly enjoined” (Great Controversy, 289).

Is this not what is happening today? We are supposed to be finishing the great work of the Reformation. Have we forgotten how the foundation of the Reformation was laid by Martin Luther? Luther said that his beliefs were founded “by the testimony of Scripture” because his “conscience” was “bound by the word of God” (Great Controversy, p. 160).

Seventh-day Adventists have always held fast to this same conviction. Sadly, many are determined to reject or reinterpret the word of God to fit a liberal agenda, essentially making God’s word of none effect.

What is the Remnant Church?

God’s people have always striven to fulfill the characteristics of the Remnant Church of Revelation 12:17. But what are we supposed to be a Remnant of? Liberalism? God forbid! We are the last part, or remnant, of the New Testament, Apostolic Church that was founded by Christ! But ordaining women into leadership positions with full ecclesiastical authority to baptize, ordain elders and perform communion service is inconsistent with the New Testament Church. Liberal, radical feminism is at odds with the instructions and examples that the apostles left us. 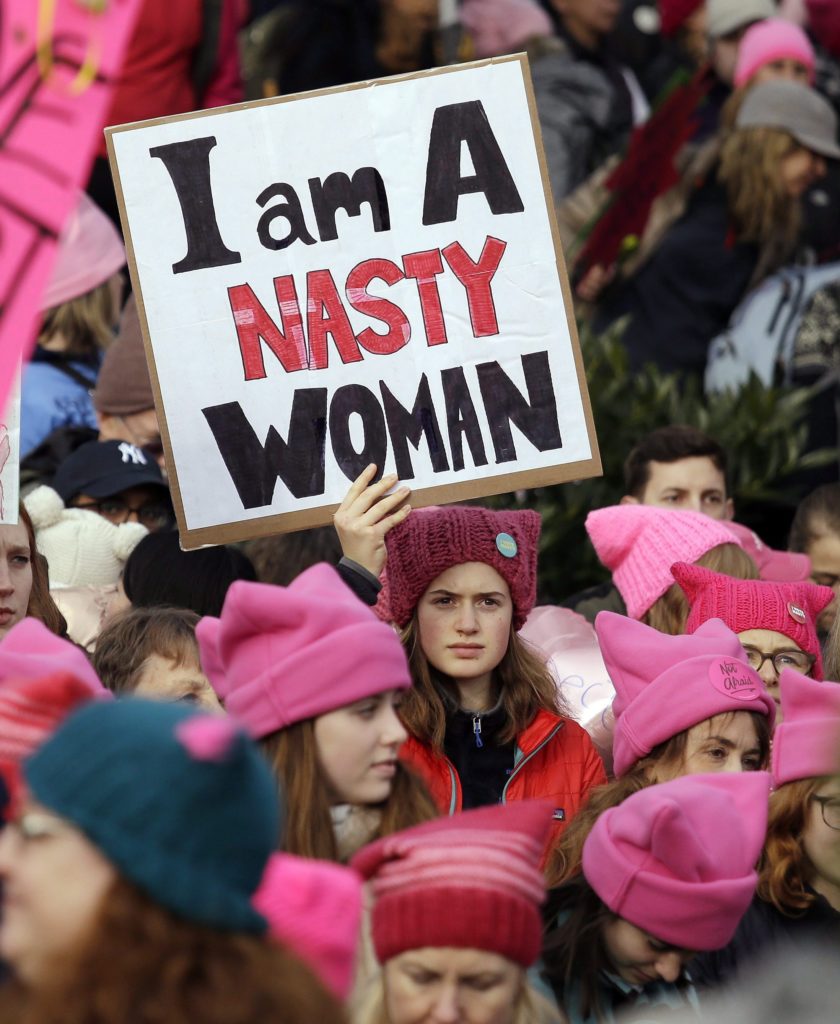 “To the law and to the testimony: if they speak not according to this word, it is because there is no light in them.” Isaiah 8:20.

This is the test that we must apply to our doctrine and practice. The Bible must define what we are to believe and do, and it is the Word of the living God that is to decide all controversies, including women’s ordination.

A Turning-point Moment for Seventh-day Adventists

Pray to God that the General Conference Executive Committee will not cave to the liberals in the church, and that they may vote “yes” to approve these GCCRC. No more delays and deflection tactics by the liberals. No more accommodating those who openly defy with impunity the teachings of the Bible and the decisions of the General Conference Sessions. 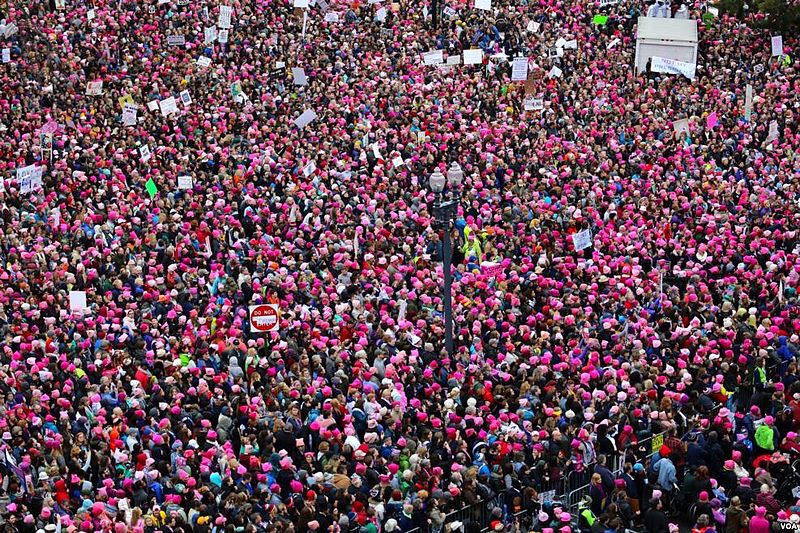 More than 100,000 Pink Hat Feminists march for their rights.

Godly order and unity must be restored. As the church of the living God, we are supposed to be a community of believers who obey Christ, who follow the authority of the Bible, who are the successors of the apostolic faith and who proclaim the gospel to the world without any compromises.

“Men are teaching for doctrine the commandments of men; and their assertions are taken as truth. The people have received man-made theories. So the gospel is perverted, and the Scripture misapplied. As in the days of Christ, the light of truth is pushed into the background. Men’s theories and suppositions are honored before the Word of the Lord God of hosts. The truth is counteracted by error. The Word of God is wrested, divided and distorted by higher criticism. Jesus is acknowledged, only to be betrayed by a kiss” (Bible Echo and Signs of the Times, February 1, 1897).