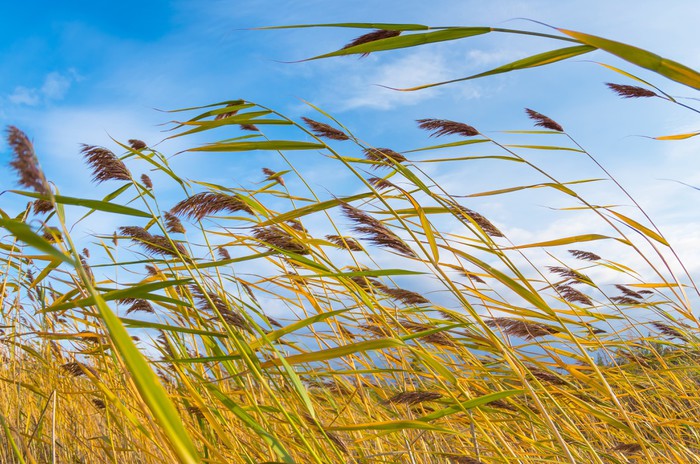 “What went ye out into the wilderness to see? A reed shaken with the wind?” Matthew 11:7

“The tall reeds that grew beside the Jordan, bending before every breeze, were fitting representatives of the rabbis…They were swayed this way and that by the winds of popular opinion” (Desire of Ages, p. 218).

Let’s face the facts. The reason why women’s ordination, the LGBT+ agenda, evolution, ecumenism, dynamic worship services, spiritual formations, abortions in our hospitals, health care mergers with Rome and other new, strange attitudes have made their way into the church is because of a massive cultural shift taking place in Adventism.

Our faith is under attack, there’s no question about that. A godless, secular culture is attempting to impose its values upon the church. The only thing more troubling than when the outside world attacks our faith is when so-called believers begin pushing the same liberal, worldly agenda and rhetoric inside the church.

“The adoption of liberal ideas on its (Protestants) part will bring it where it can clasp the hand of Catholicism” (Last Day Events, p. 130).

For several years many of our leaders have gone to non-Seventh-day Adventist institutions of higher learning only to become experts in the latest cultural trends and worldly thinking. The ordination crisis and the issues over homosexuality are two examples of this. The fallen churches have already embraced these aberrations of Scripture and are teaching these liberal ideas to our pastors who attend their universities.

Too many of our people are running around chasing the latest secular theories and fads that our culture willingly provides them. Then they bring these appalling new liberal ideas and begin teaching them to our people. We have a new generation of leaders who know all about liberal causes, but know nothing about the Bible and Spirit of Prophecy.

This was the very same situation that happened to many of the Jewish Rabbis in Christ’s day. Jesus compared some of the leaders in the church to the reeds that swayed back and forth with every popular opinion seen in the ever changing culture. And so it is today, many are abandoning Biblical truth and embracing the values of Hollywood and the secular left. Some today want to become mainstream, cultural warriors – fighting for social justice, equality and inclusion in order to create one great peaceful society with one common goal – human solidarity in a utopian society.

We knew that the Seventh-day Adventist faith would be attacked by the outside world. That is to be expected. But it is very concerning when the faith is undermined by the very members of the church who push these same liberal agendas. The secular values of our culture have been allowed to take root in our churches. They have been embraced, defended and encouraged for too long.

This is what was at stake during the 2018 General Conference Annual Council. We cannot even begin to describe the significance of what happened in Battle Creek, Michigan during the important vote taken there. A momentous decision was made to determine the fate of the church’s future. A vote was made to hold in check the growing floodgate of apostasy and secularization that had been gaining ground in the church.

We know that ultimately God is in control of His work and that only He can save His people; but we have been told that we have a part to play in the transformation and success of the church’s mission.

“God holds His people, as a body, responsible for the sins existing in individuals among them. If the leaders of the church neglect to diligently search out the sins which bring the displeasure of God upon the body, they become responsible for these sins” (Testimonies, Vol. 3, p. 269).

“The church as a whole is in a degree responsible for the wrongs of its individual members because they countenance the evil in not lifting up their voice against it” (Testimonies, Vol. 4, p. 490).

A clear voice was lifted against the cultural winds that have been blowing for far too long among God’s people. Let us pray that the church can follow through on its decision, and that “decided changes in the principles and purposes” of the work can be realized. For this too was the burden of Christ.

“He (Jesus) knew that unless there was a decided change in the principles and purposes of the human race, all would be lost. This was the burden of His soul, and none could appreciate the weight that rested upon Him” (Desires of Ages, p. 92).