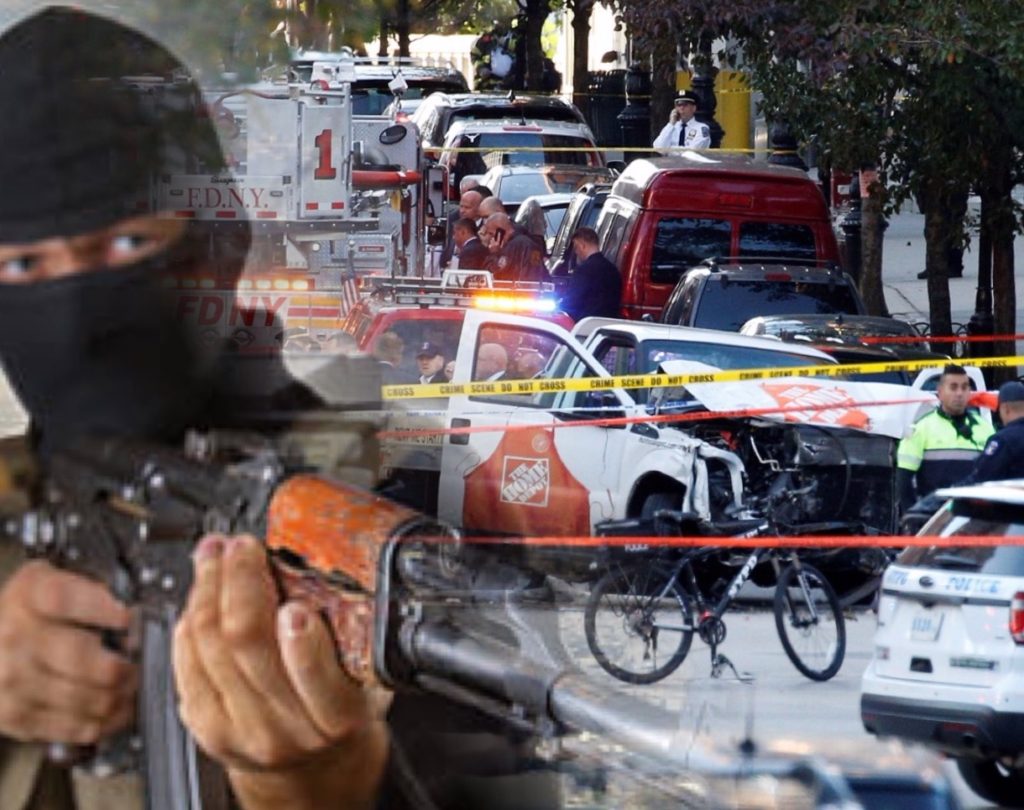 Welcome to the Rampage Republic. We live in an age that can be defined as a period of violent, uncontrollable behavior. More and more tragedies are erupting as these reckless, destructive episodes of murder continue. The cycle of violence is boiling over in America. Peace, liberty and the pursuit of happiness is being critically undermined as our society tries to make sense of the most recent, senseless act of terror – and there are many to choose from.

1. At least eight people are dead and more than a dozen injured after a terrorist mowed down people with a truck in a busy New York City park.

2. A crazed man in Denver walked into a Walmart and started shooting people. Three people were fatally shot as customers ran for their lives.

3. The recent Las Vegas shooting killed 59 people and wounded another 527 as a man used high powerful rifles that were modified with automatic fire. This tragedy was planned during a music concert in order to maximize the casualties.

There are no safe places anymore. We are not safe in the cities nor in the country settings. We are not safe in the schools, churches, malls, theaters, parks, concerts, clubs, restaurants or workplaces. In all of these locations there have been violent acts of terror and mass shootings. This kind of wickedness is the ruin of human society.

“That this is a rebellious people, lying children, children that will not hear the law of the LORD.” Isaiah 30:9.

Hollywood is helping to perpetuate the savagery by glorifying violence in the theaters. Television is also filled with killings and shootings. Violent video games are training people and children in the arts of assassination. Our generation has become desensitized to violence as we are constantly being flooded with aggressive behavior by the entertainment industry.

We have created a society that is based on violence and mental illness. Everyone is suffering. We are fulfilling the very same description found in the book of Genesis 6:11. The earth back then was filled with violence, death and injustice towards men. Today, this same culture of violence is alive.

We have failed to identify that there is a direct correlation between the increase in violence and the loss of values, the disregard of the sanctity of life, the lack of parenting and the degradation of morality.

“I have not troubled Israel; but thou, and thy father’s house, in that ye have forsaken the commandments of the Lord” 1 Kings 18:18.

The perpetrators of these heinous acts have no conscience or fear of God. We are contending with brute beasts and demon-filled murderers who have no regard or respect for life. The plague of violence that fills the earth is one that should not exists. We have been given the remedy to stop all of this insanity. Sadly, those who are removing God and His moral law from society are sowing seeds for a terrible harvest of death and destruction:

“Those who teach the people to regard lightly the commandments of God sow disobedience to reap disobedience. Let the restraint imposed by the divine law be wholly cast aside, and human laws would soon be disregarded…Life itself would not be respected” (Great Controversy, p. 585).

Our civilized world has turned into den of assassins. Peace and happiness is forfeited when men and women disregard the moral restraints of God’s word.

“Lawlessness, dissipation, and corruption are sweeping in upon us like an overwhelming tide…The infatuation of vice, the wanton taking of life, the terrible increase of intemperance and iniquity of every order and degree, should arouse all who fear God, to inquire what can be done to stay the tide of evil” (Great Controversy, p. 585).

When the principles of truth, righteousness and justice are set aside, the door is opened for the prince of darkness to do his work. When God’s law and gospel are rejected there is nothing left to stay the workings of radicalism, extremism, hate, violence and terrorism.