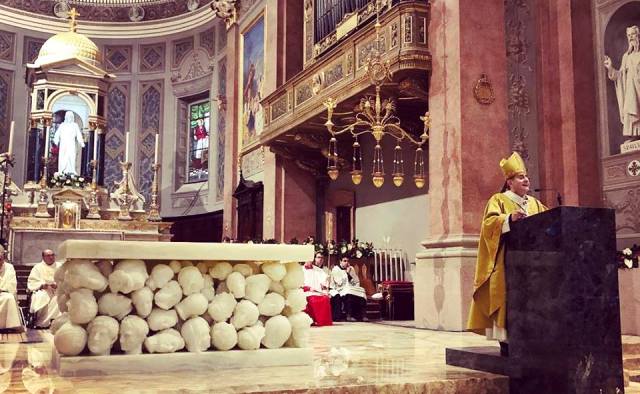 This past Sunday on November 11, 2018 a dedication service took place for a new altar that was installed in the Catholic Basilica of Santa Maria Assunta located in the city of Gallarte, Italy. This altar is being considered a work of art and is made up of 2 marble slabs pressed against 120 marble heads.

A special dedication mass for this altar was presided over by Roman Catholic Monsignor Mario Delpini, the Archbishop of Milan. During his homily he explains the meaning of the unique altar:

“On this altar all are represented, Christians and pagans, saints and sinners. This is the table of the Lord that welcomes everyone.” [1] 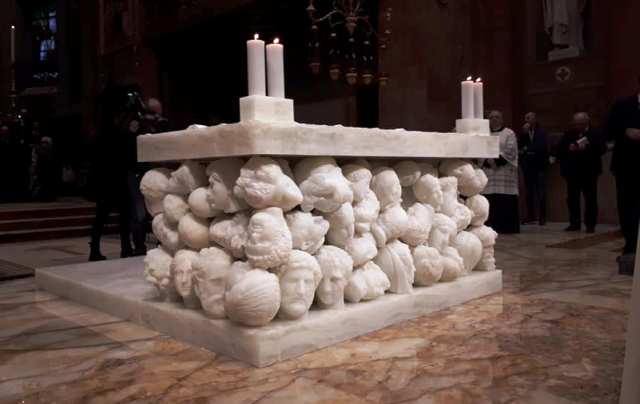 The Archbishop then spoke about faith and hope and the need of continuing the work of charity. He concluded his service by making a strange appeal to all of the local community who had come to see the new altar unveiled.

“Charity means we have to shake hands and create relationships. This makes us all brothers from different countries and different religions. We all have to find a place around this altar that is the Lord’s table.” [1]

There is no Biblical connection between faith, hope, charity and severed heads. And finding unity around a table made from 120 ancient heads is disturbing. How can you call this the Lord’s table and use it for the worship of God? You cannot associate prayers with this display of death. It’s not even sacred, holy art. Severed heads and praising God is more of an ISIS inspired activity than anything Biblical. How does a so-called church justify this? This is not healthy for anybody especially for young children. 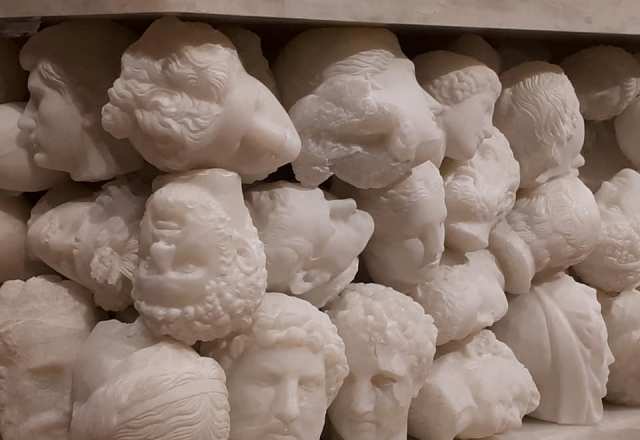 What is the “artistic” message that Rome is projecting here? Art is supposed to have meaning and Rome doesn’t do anything without some kind of symbolism. Maybe the message is, “If you oppose us you will lose your head.” How else does one interpret or judge this piece? You don’t need a professional art critic to tell you that the emotional expressions being projected from these severed heads is not good!

This reminds me of a Bible passage found in Revelation 20:4 that speaks about those who because of their refusal to worship the beast and receive the mark during the soon-coming, end-time crisis, tragically many will ultimately be “beheaded” for the truth. 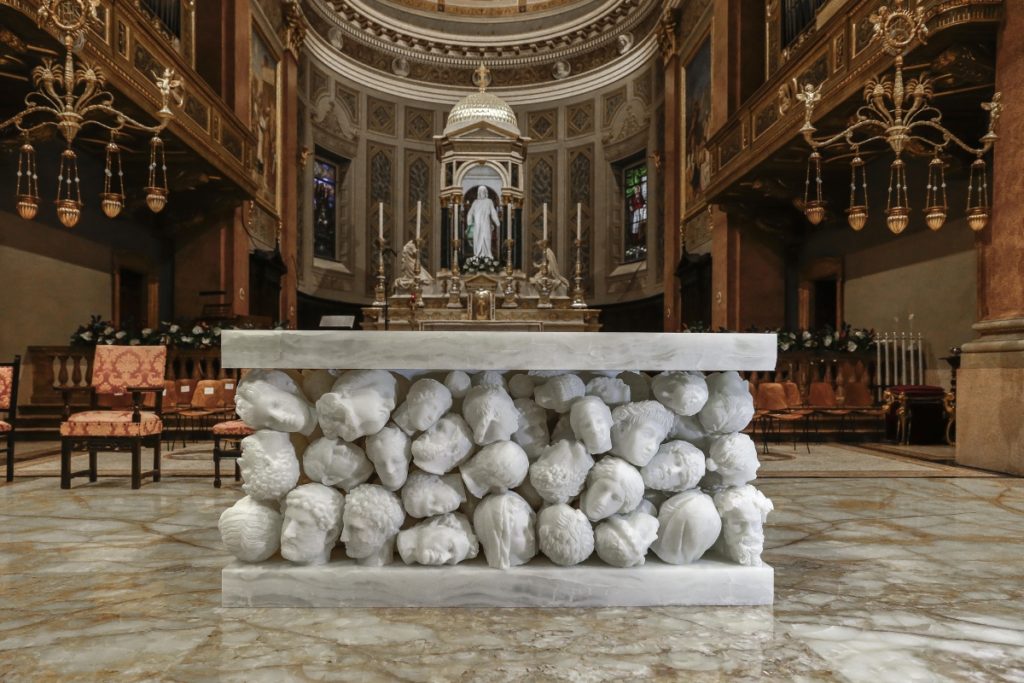 “I saw the souls of them that were beheaded for the witness of Jesus, and for the word of God, and which had not worshipped the beast, neither his image, neither had received his mark upon their foreheads, or in their hands; and they lived and reigned with Christ a thousand years.” Revelation 20:4.

Severed heads have no place in the church. This is more in line with paganism and satanic rituals than with the church of the living God. Satan is making a mockery of the churches as they continue to departed from the clear teaching of God’s word!

“God still has a people in Babylon; and before the visitation of His judgments these faithful ones must be called out, that they partake not of her sins and “receive not of her plagues” (Maranatha, p. 171). 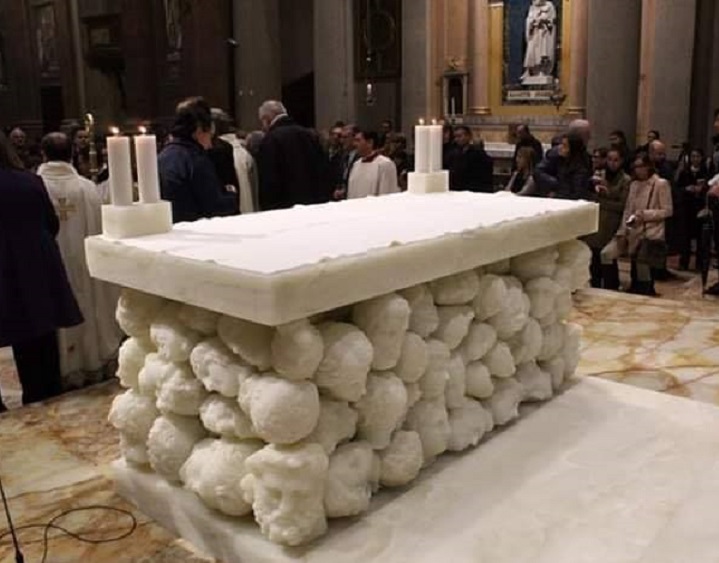