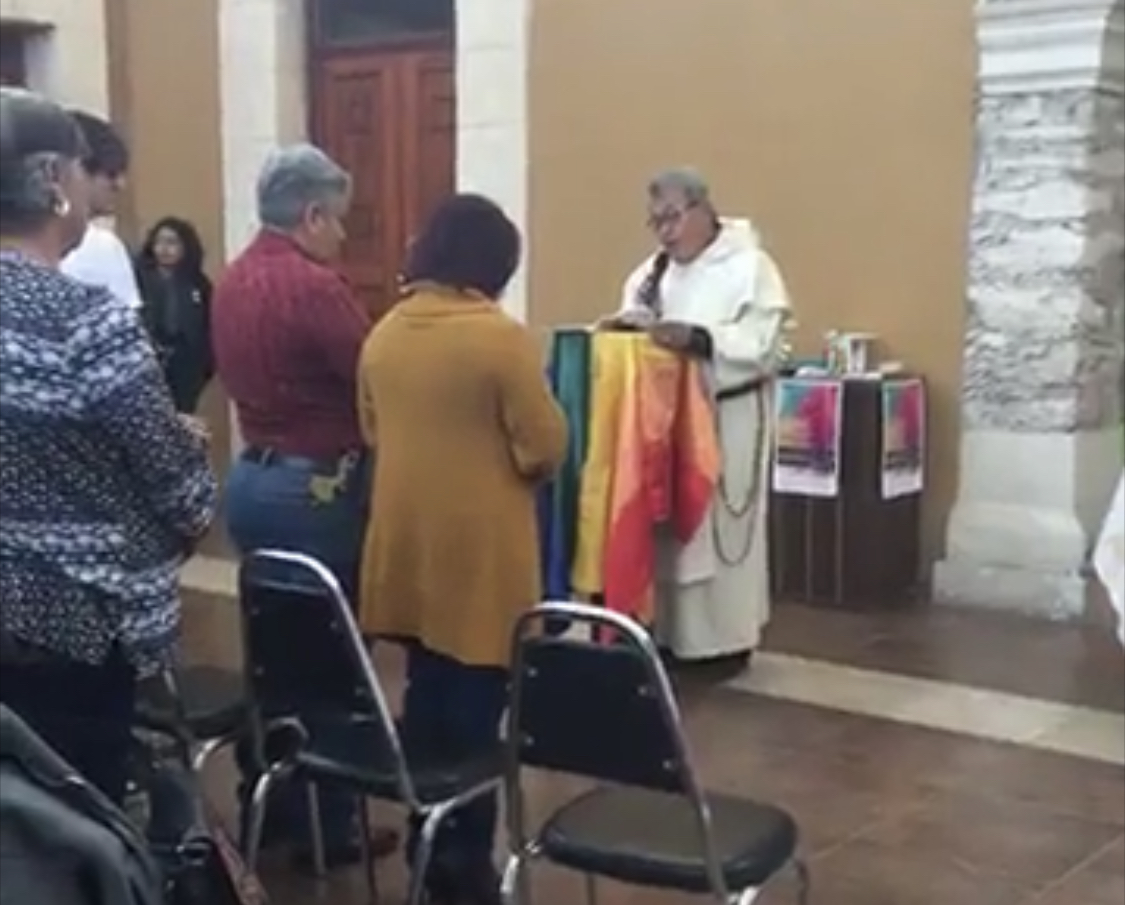 Bishop Raúl Vera from the Roman Catholic Diocese of Saltillo, Mexico celebrated the LGBT+ Eucharist on January 13, 2020 with his priests and deacons. They are trying to normalize the homosexual agenda in the church while proudly displaying the rainbow flag during mass. [1] [2] These Catholic leaders are working hand in hand with secular, sexual militants to flood the world with their propaganda both in the world and in the church. 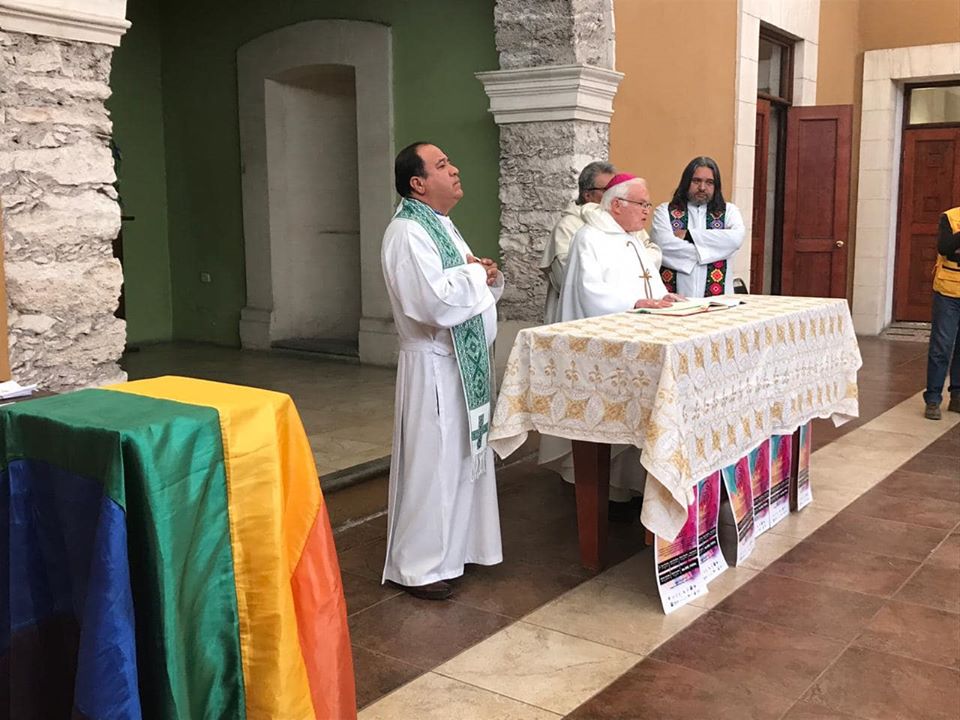 Radical homosexual militants in Rome are on a search and destroy mission. They are seeking to wipe out traditional faith, marriage and family. Many churches have compromised God’s teaching on homosexuality and have engaged in an all out war against those who oppose the homosexual agenda. These are not ministers of the gospel but wolves in sheep’s clothing corrupting the word of God. They have sold themselves over to the world and they will not rest until every institution has become and image of the LGBT+ idol.

Our society will not last much longer if this apostasy is not stopped – and stopped soon. Even though homosexuality has been around for generations it is being promoted and endorsed today in a manner never seen before. Forces are working overtime to dismantle everything sacred that we hold dear. It’s these carnal Christians and compromised churches that are the biggest obstacle for God’s people. We fully expect the world to push sexual anarchism. But when the gospel of Christ is corrupted and polluted by the “church” that is a sign that our world cannot last much longer.

“But the same day that Lot went out of Sodom it rained fire and brimstone from heaven, and destroyed them all. Even thus shall it be in the day when the Son of man is revealed.” Luke 17:29, 30.