The Kasadyaan Festival is an annual event that unites the people in the city of Alabel in the province of Sarangani, Philippines. This week-long celebration is a mixture of cultural (tribal) activities, religious services, sporting events, beauty pageants, worldly music and secular dancing. 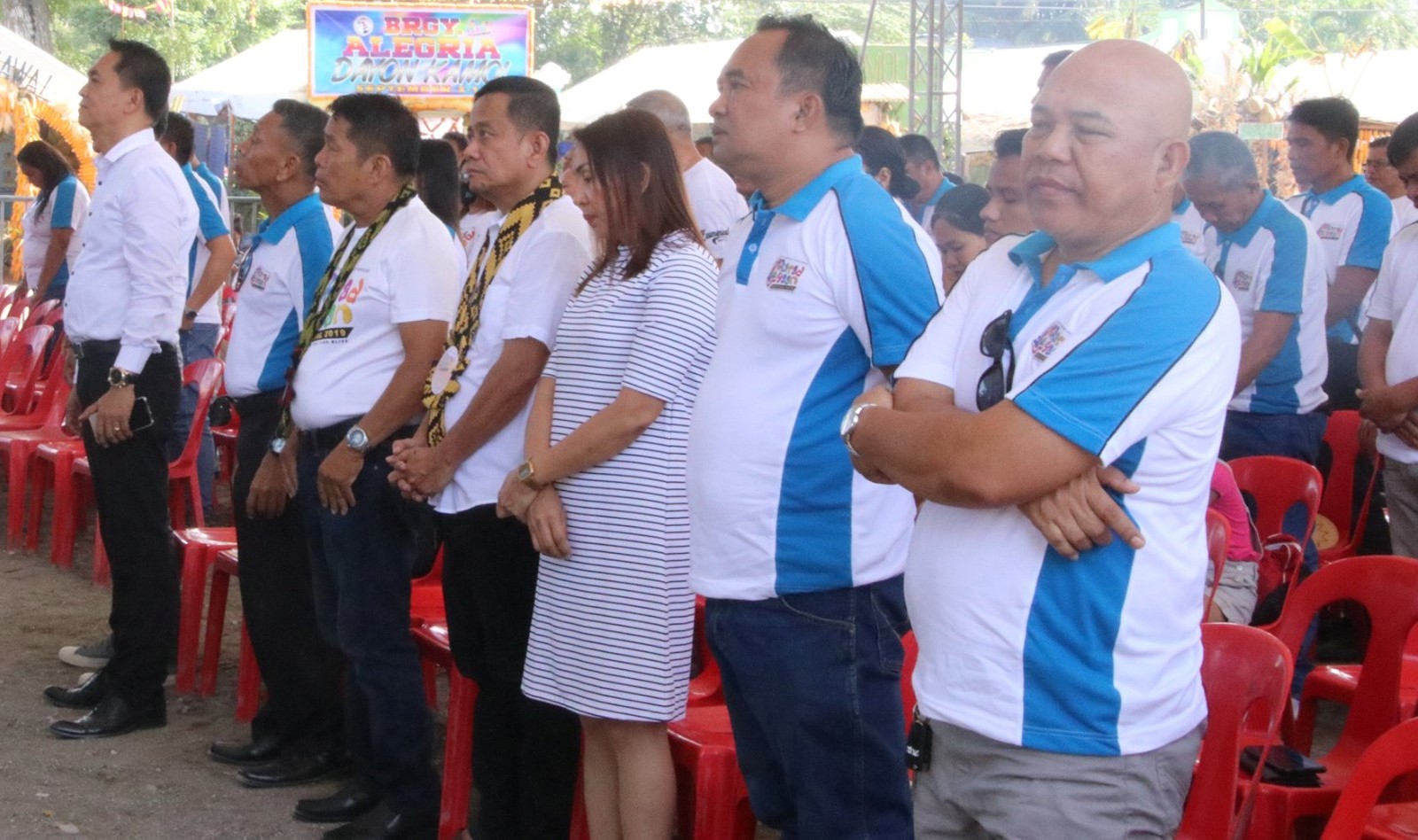 An interfaith clergy from several churches wearing the same dress.

During the 2019 Kasadyaan Festival a Catholic Mass was held on Friday, September 6, 2019 and an interfaith worship service on Tuesday, September 10, 2019. [1] Participation in the interfaith service included Roman Catholics, Seventh-day Adventists, Evangelicals, Muslims and other non-denominational Christian Churches. [2] 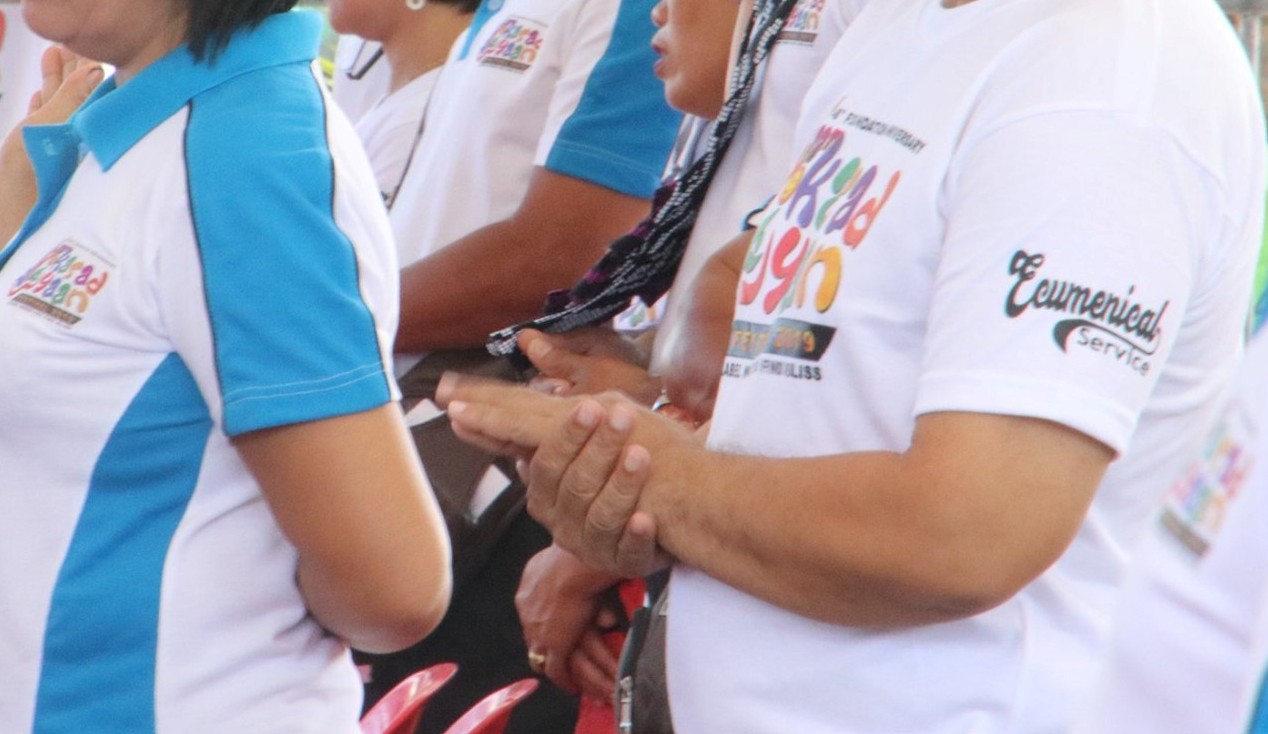 “Voices that should now be heard presenting the truth are silent. Souls are perishing in their sins, and ministers and physicians and teachers are asleep. Wake up the watchmen!” (Pacific Union Recorder, February 20, 1908). 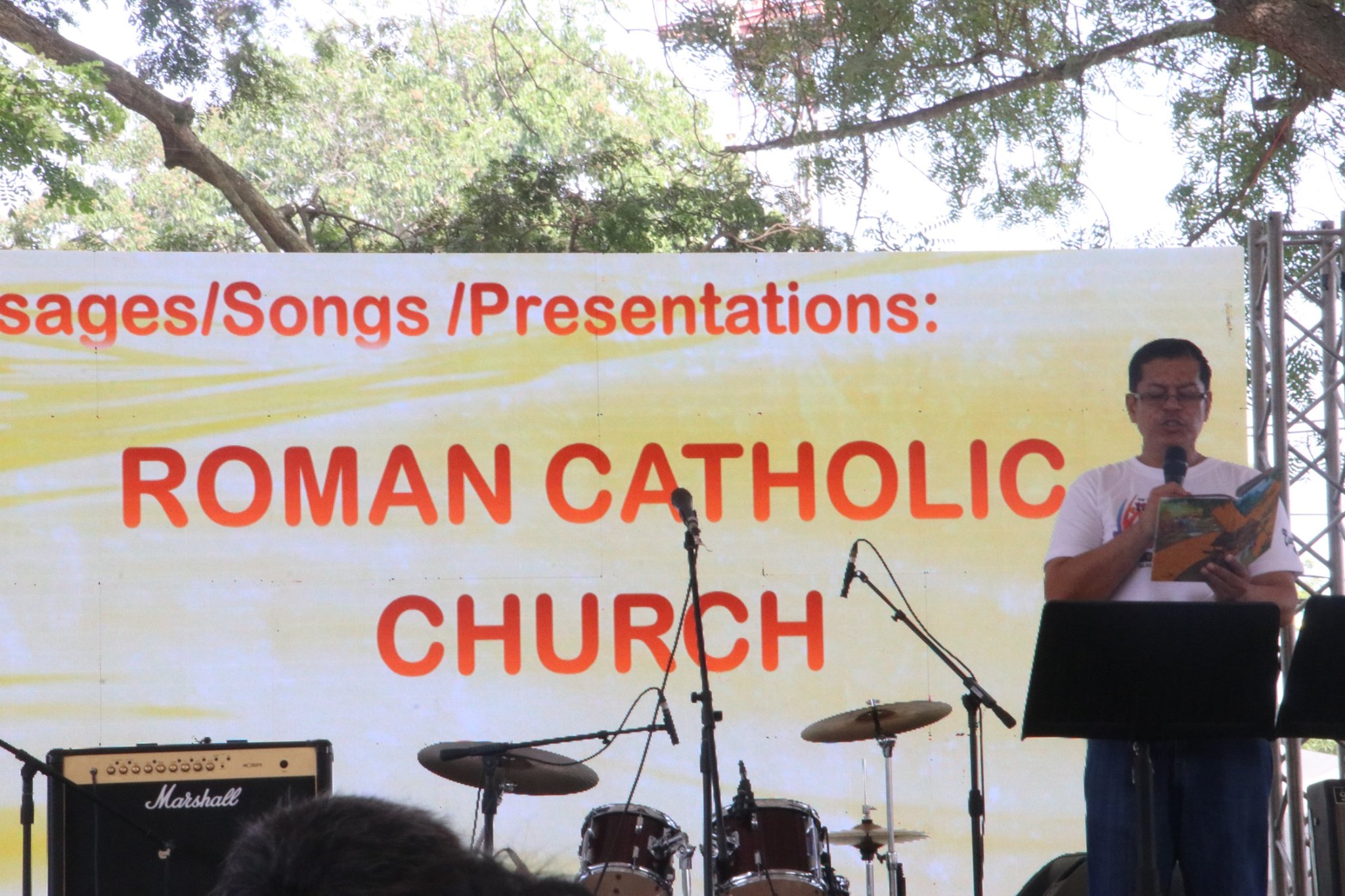 One of the most terrifying and inexplicable challenges facing Adventism today is the utter silence on the part of those who should be speaking out loud and clear. It is unconscionable and disturbing to know that some ministers and watchmen would actually suppress our message for the sake of joining up with Rome in interfaith worship. Why? Because the Remnant church of Bible prophecy exists in this period of earth’s history for one purpose – to give the last invitation of mercy to our dying world: 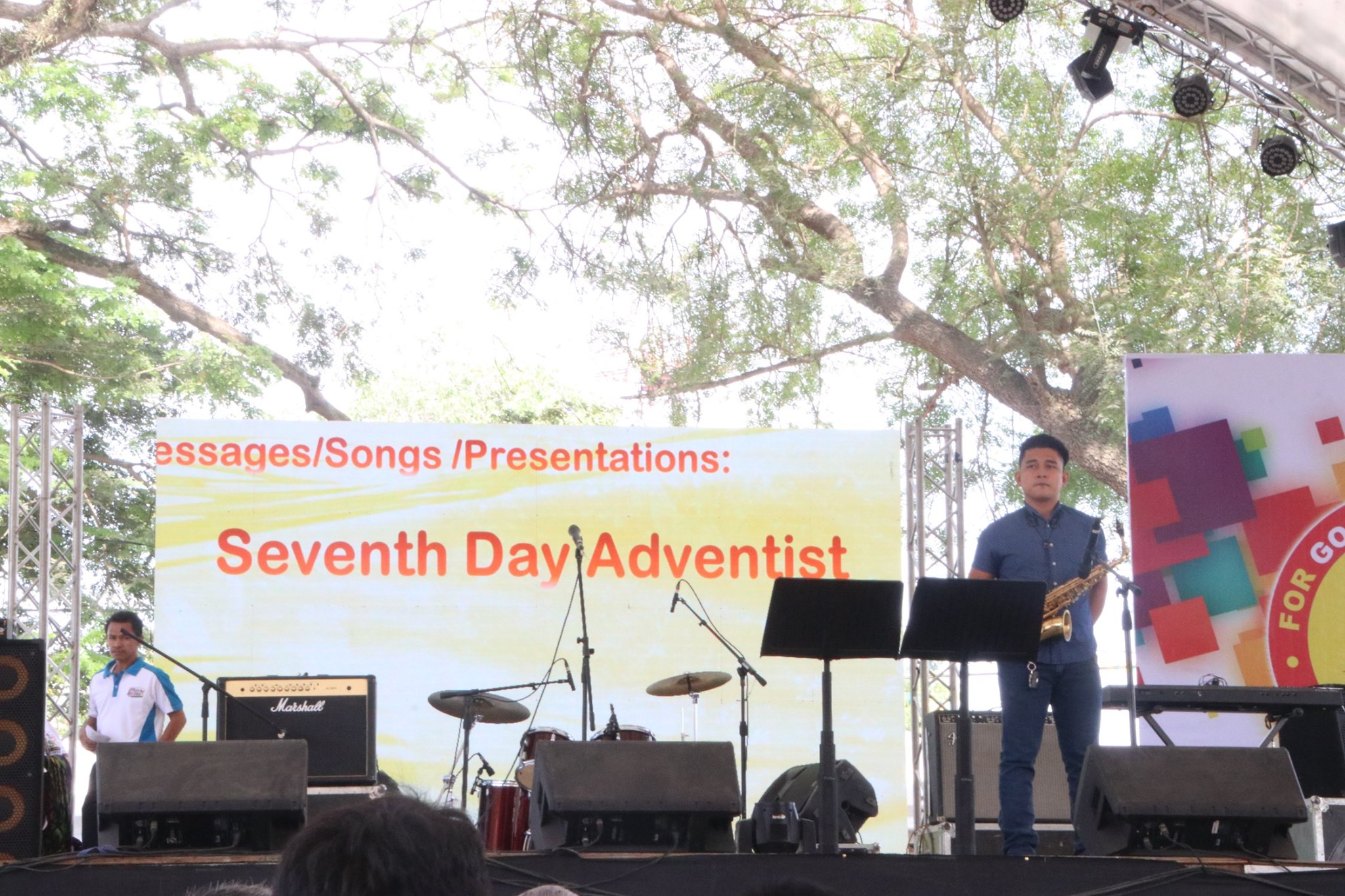 “The Lord gives a special truth for the people in an emergency. Who dare refuse to publish it? He commands his servants to present the last invitation of mercy to the world. They cannot remain silent, except at the peril of their souls.” (Great Controversy, 609). 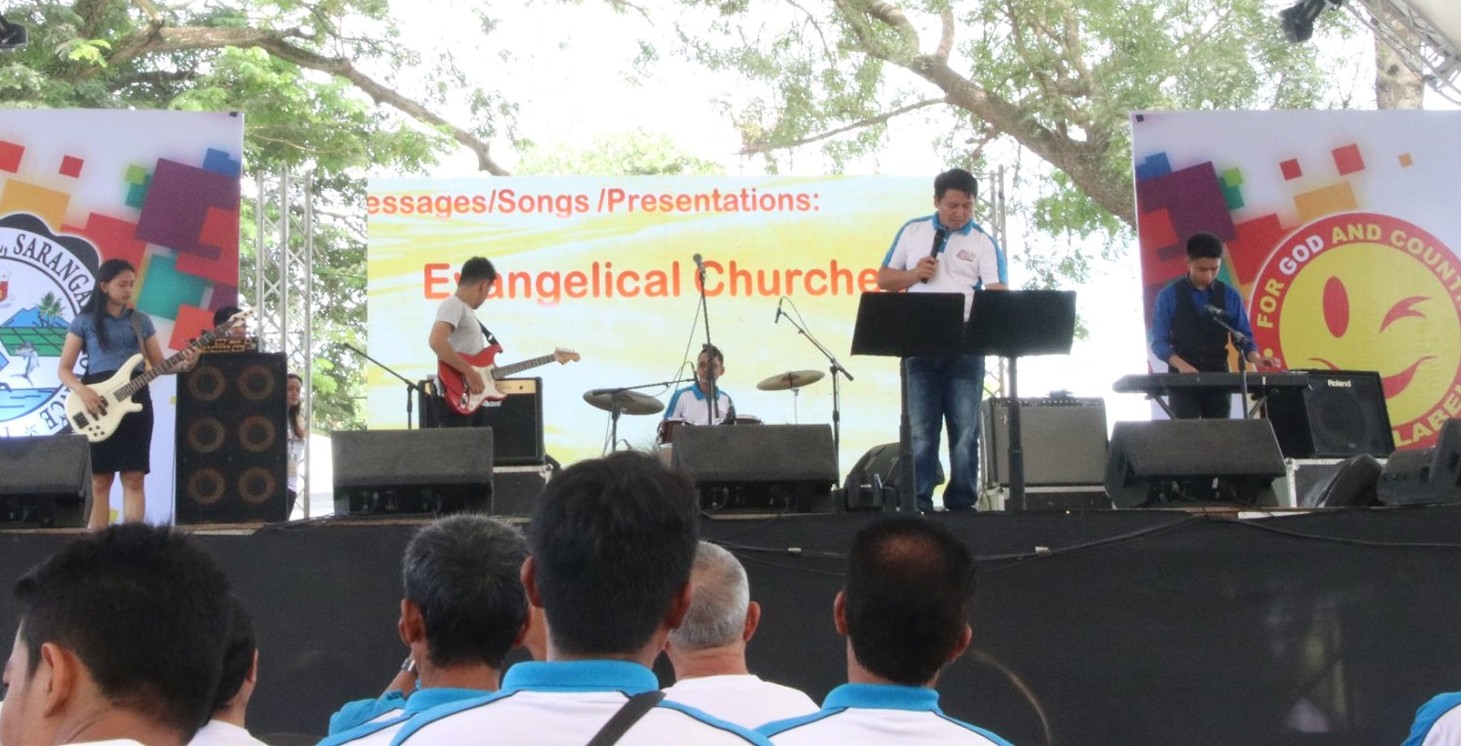 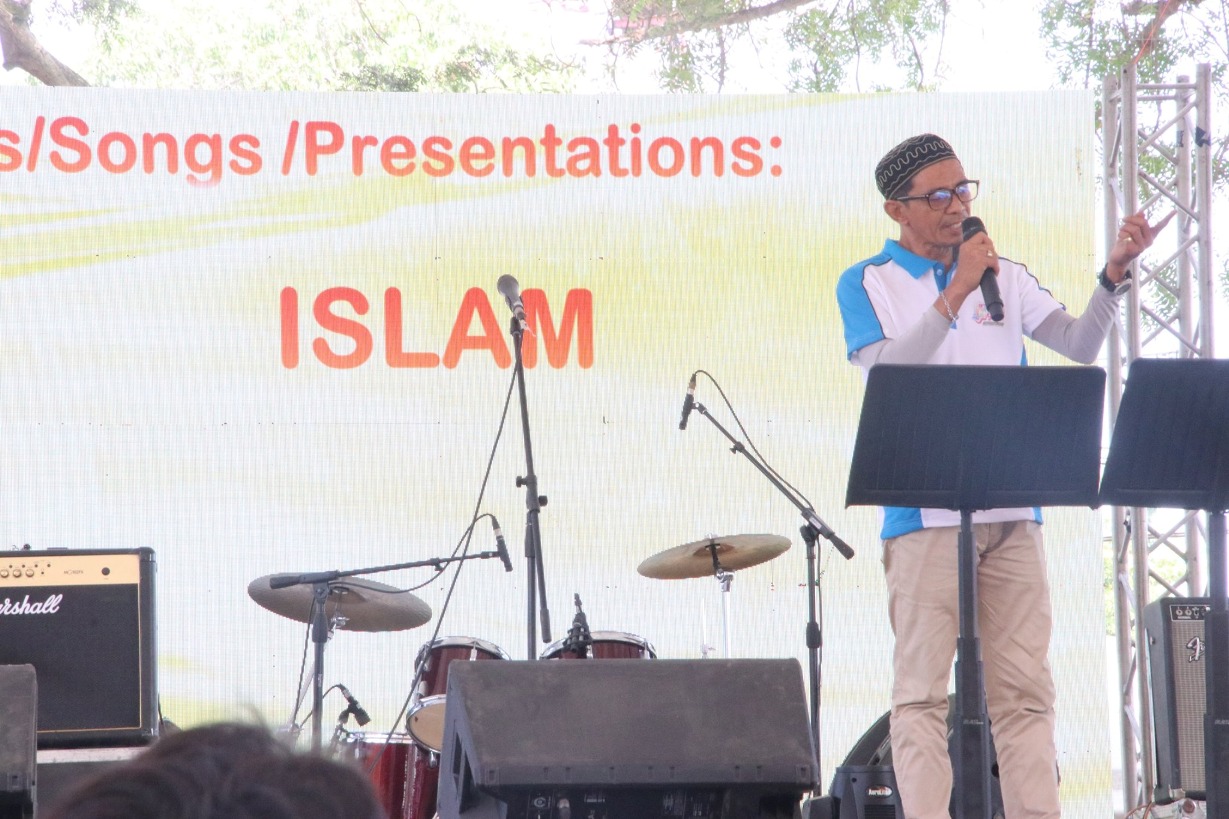 “Jesus Himself never purchased peace by compromise. His heart overflowed with love for the whole human race, but He was never indulgent to their sins. He was too much their friend to remain silent while they were pursuing a course that would ruin their souls” (Desire of Ages, 356). 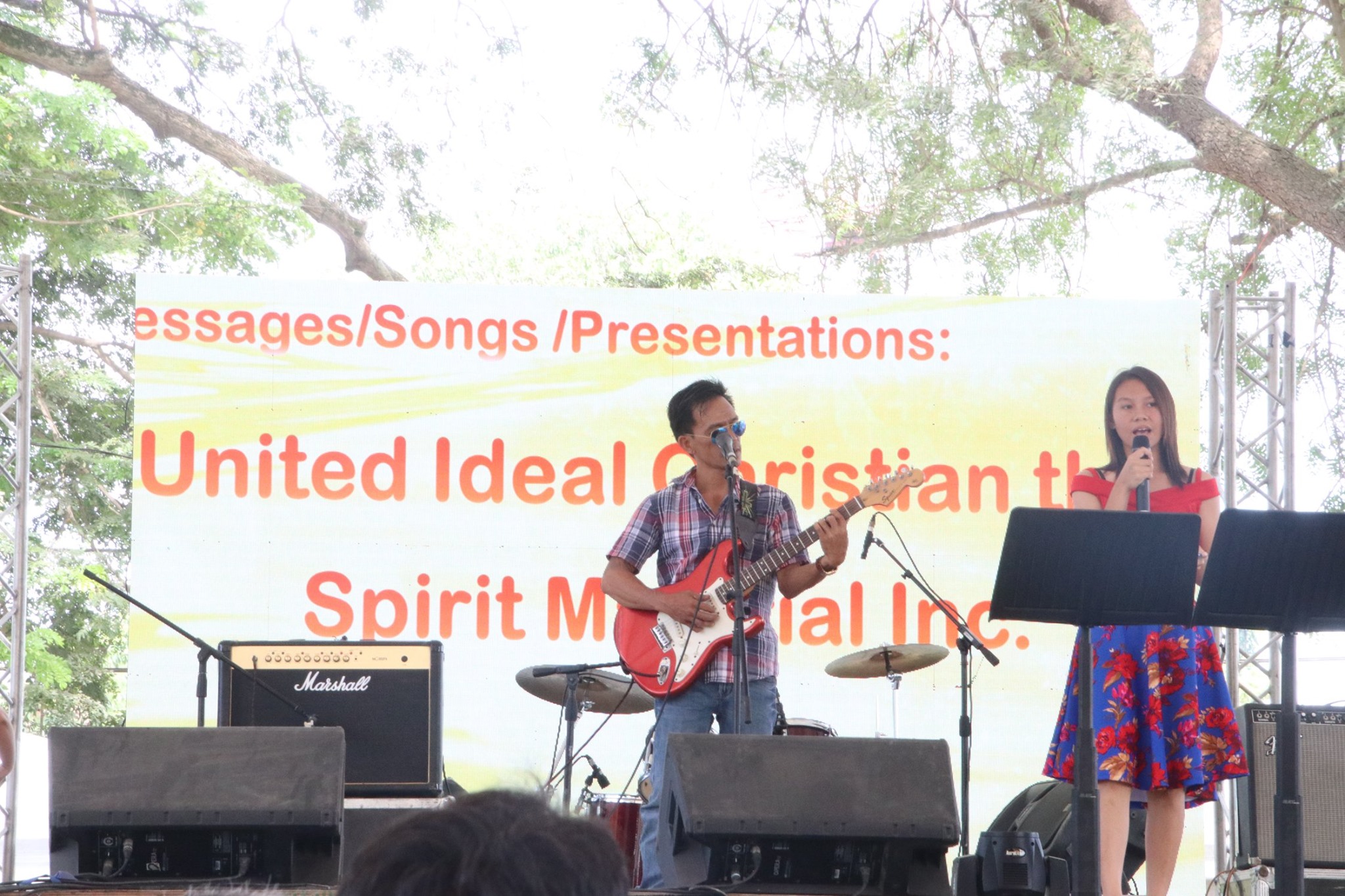 Jesus didn’t remain silent; and we today have an end-time, present truth message that has been ordained by God to be given to every nation, kindred, tongue and people. Have our lives on planet earth become so comfortable and our institutions so prosperous that we will instead purchase peace at the cost of our silence? God forbid! 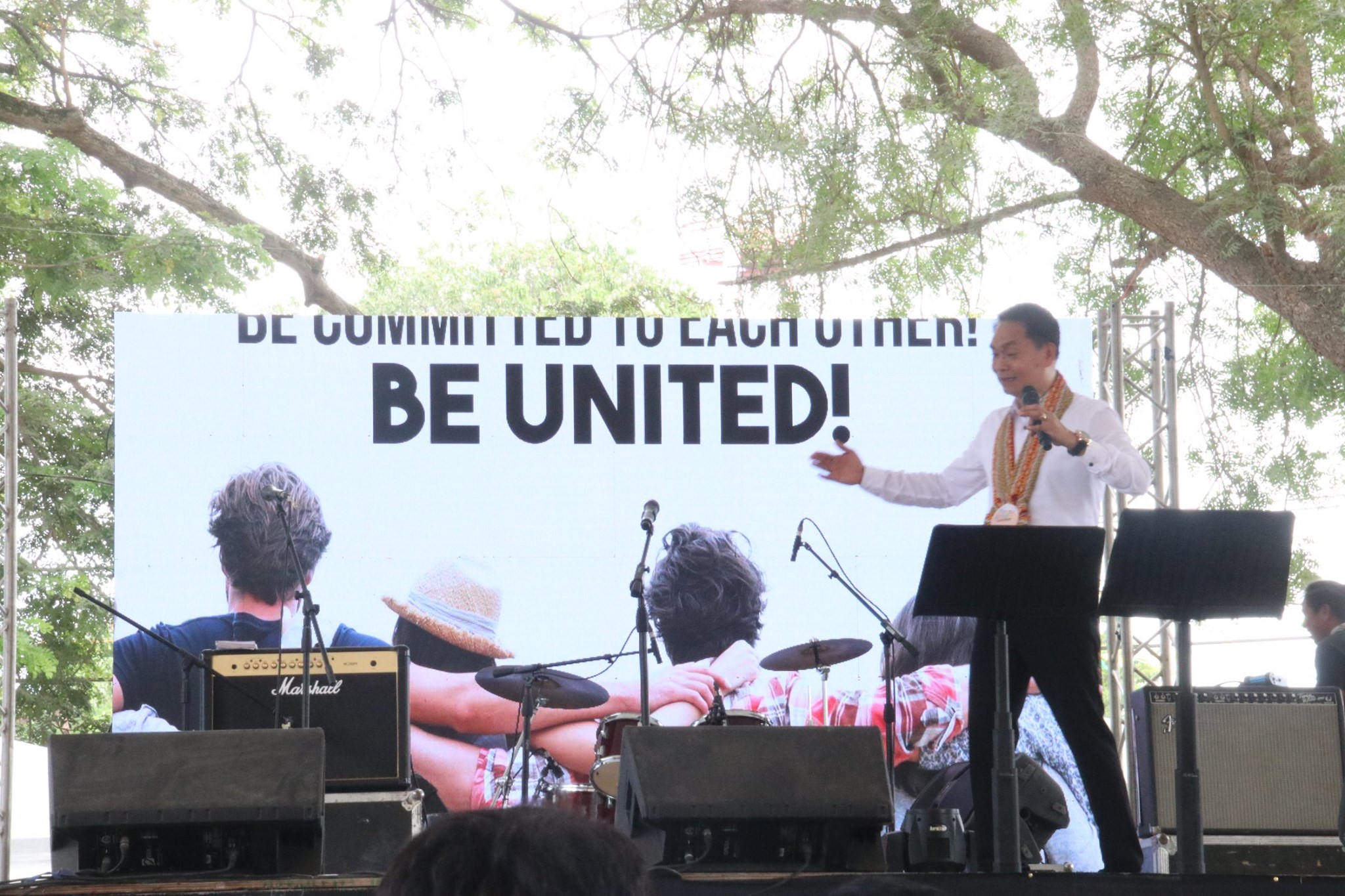 The Interfaith Message: “Be Committed to Each Other – Be United!

“Think you that I can remain silent, when I see an effort being made to sweep away the foundation pillars of our faith?” (3 Selected Messages, Vol. 3, p. 38).

Have we not leaned anything in Sabbath school about Bible history? Have we forgotten the admonitions of the Lord to His ancient people? Ancient Israel was also established for a divine purpose too. They were also given a message to bear. These instructions given in God’s word are for us today:

“If God abhors one sin above another, of which His people are guilty, it is doing nothing in case of an emergency. Indifference and neutrality in a religious crisis is regarded of God as a grievous crime and equal to the very worst type of hostility against God” (Testimonies, Vol. 3, p. 281).

Who benefits today from our silence? Who stands to gain the most when we diminish nearly every word from the Three Angels’ Message? Who wins when Bible truth and Reformation history is replaced with ecumenism and common ground with Rome? The Vatican wins and her objective is complete.

Instead of becoming preachers of righteousness many of our ministers have become champions of silence. They deviate away from our divinely appointed mission and instead seek common ground with the world on many social and political issues. Much of the church today has lost faith.

We see church officials dedicating themselves to environmentalism, ecumenism, Romanism, feminism and the LGBT+ movement instead of giving the people the true warnings from God’s word about the real dangers that threaten them. And it’s not just some in the ministerial work doing this; the sin of silence is everywhere. It’s in our religious liberty work, our humanitarian work (ADRA), our educational work and even our medical work (AdventHealth).

Today, the sanctuary message, the Sabbath versus Sunday issue, obedience, reflecting God’s character and other important pillars of our faith are often neglected, watered-down or avoided altogether. The marriage institution is under assault. Feminism and Sabbath-breaking has entered the church. Culture relativism – do what’s right in your own eyes – has become the new gospel. Whenever we keep silent on these issues in the hope of not offending anyone we ultimately excuse and tolerate wrongdoing.

The era of the silent church must end, because a silent people are not a true people. A silent pastor is not a true pastor. A silent watchman is not a true watchman. The horrible silence that exists in Adventism is not the result of ignorance. It is the result of willful disobedience and rebellion. The problem today is that our people are silent on purpose. No wonder they can run with Rome. No wonder they are pleasing men.

The current ecumenical movement only confirms what we already knew. Over 100 years ago God warned us against becoming silent with our message while at the same time seeking to unite with those who “depart from the faith.” The following statement reveals not our ignorance but our disobedience to God’s instruction. Is it any wonder why Rome is laughing at us?

“The world knows very little of the truths that we believe, and in clear, straight lines the message for this time must be given to all the world. The message comes to me, ‘Wake up the watchmen.’ Let every one now come into working order … We have a testing message to give, and I am instructed to say to our people, Unify, unify. But we are not to unify with those who are departing from the faith, giving heed to seducing spirits and doctrines of devils. With our hearts sweet and kind and true, we are to go forth to proclaim the message, giving no heed to those who lead away from the truth” (Review and Herald, April 19, 1906).