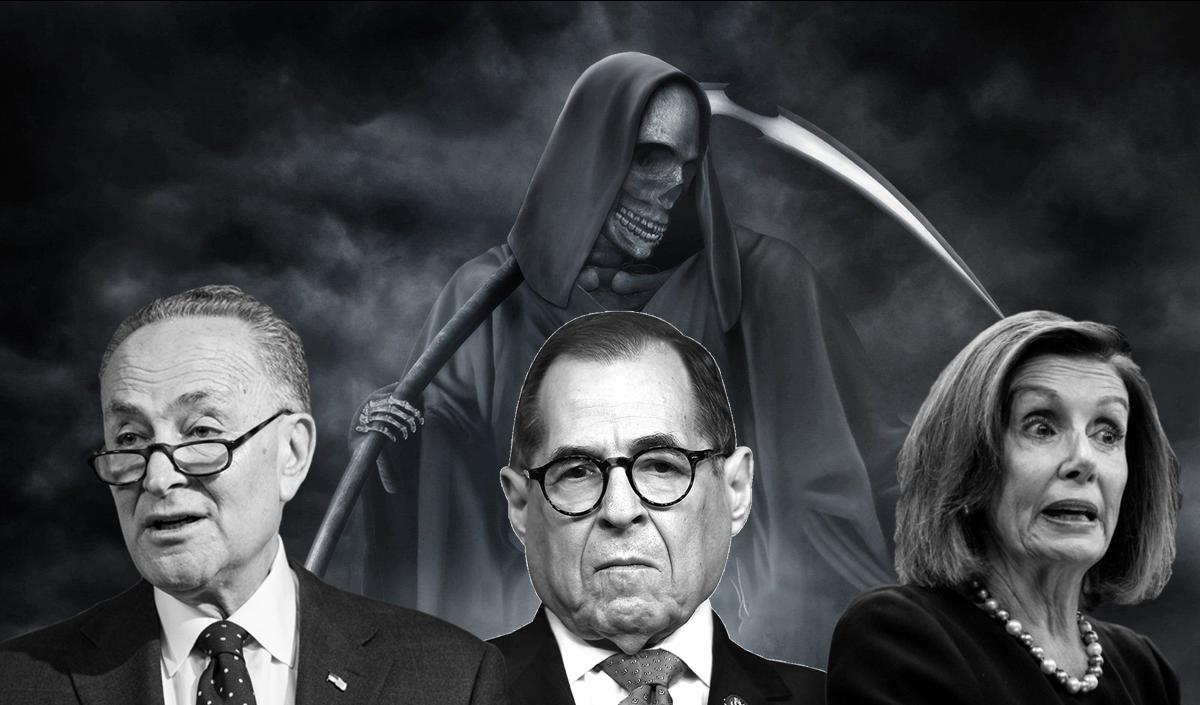 The Democratic Party is a God-hating party of death that promotes abortion, the LGBT+ agenda and the drugging and mutilation of children’s sexual organs through gender reassignment surgery. On February 25, 2021, Jerry Nadler summed up the Democratic Party when he said, “God’s will has no place in this Congress.” Jerry Nadler, a high-ranking member of the Democratic Party in the United States House of Representatives, was responding to Representative Greg Steube, who was quoting the Bible on the House Floor in opposition to the Equality Act that was recently passed by Democrats.

WATCH THIS – @RepGregSteube quoting scripture on Senate Floor in opposition to #EqualityAct. @HouseDemocrats object, then @RepJerryNadler says, “God’s will, is no concern of this Congress. @EWTNNewsNightly pic.twitter.com/fGvJzKHRAs

Greg Steube, a Republican, had stated that God created only two genders, male and female, and he also accused Democrats of trying to redefine what God had established. Then Greg Steube upset the God-hating Democrats in Congress with the following warning about the pro-LGBT+ Equality Act:

“Whenever a nation’s laws no longer reflect the standards of God, that nation is in rebellion against Him and will inevitably bear the consequences. And I think we are seeing the consequences of rejecting God in our country today. And this bill speaks directly against what is laid out in scripture…” (See video above).

It was then that Jerry Nadler, a prominent Democrat, stood up and claimed that God’s will does not concern them. And Mr. Nadler is absolutely right. The actions and policies of the Democrats show that God is not in their thoughts. Not only are the Democrats redefining sexuality through law, they also support the drugging and sexual mutilation of children’s sexual organs during sexual reassignment surgeries. The surgeries and drugs (hormone blockers) affect the innocent children for the rest of their lives.

Exchange between Sen. @RandPaul and Dr. Rachel Levine on on Gender Transition. pic.twitter.com/uL0zPTAmke

Here is US Senator Rand Paul asking Rachel Levine, a transgender woman, about “her” views on permanently damaging children’s genitalia. This took place during the confirmation hearing for Rachel Levine, Joe Biden’s pick for Assistant Secretary of the US Department of Health and Human Services.

What was Rachel Levine’s response? She repeated the same answer twice and basically said, “Just confirm me now and later, I can sit with you privately in your office and tell you about transgender surgeries.” This unwillingness to answer these important questions in public shows that Joe Biden’s cabinet DOES support permanently damaging children by reshaping the genitals of young boys and removing the breasts of young girls to make them look like the opposite sex.

Democrats support taking healthy children and drugging them with hormones and mutilating their sex organs. How do people support this? Soon, they will use tax money to pay for these sex changes. They have declared war on truth, reality, morality and God. Legally, a minor child cannot give informed consent. Children are physically, emotionally, mentally and sexually immature and unable to give any information about these types of life-altering surgical decisions.

England used to do this, but had to reverse this policy because the children were changing their minds and regretting these decisions. This extremely radical policy was leaving many children with permanent health problems. [1] Anyone who supports giving young children these irreversible sex change procedures must be criminally charged with child abuse and endangerment. In the United States, you must be 18 to vote, 18 to get a tattoo, 18 to consent to sex and 21 to drink alcohol. Children should also be allowed to grow up and become adults, then they can decide what they want to do and pay for it themselves.

Today, kids have become confused because they are constantly being indoctrinated with the LGBT+ agenda thanks to the school systems, Hollywood, Disney and our culture in general. Because LGBT+ people cannot reproduce alone, they have to recruit members and they are beginning from kindergarten to confuse the minds of our children. This is the agenda of the “progressive” Democrats, and now that they are in full control of Washington D.C., nothing will stop their war against humanity.

May God have mercy on us all and on our nation. May He protect us from these godless Democrats and their supporters.