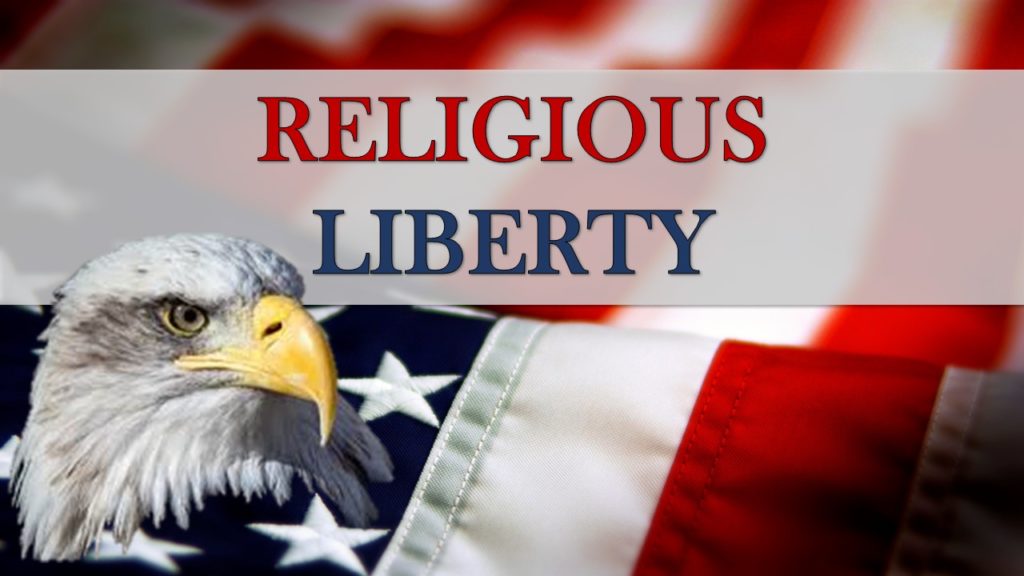 “Why stand we here idle? What is it that gentlemen wish? What would they have? Is life so dear, or peace so sweet, as to be purchased at the price of chains and slavery? Forbid it, Almighty God! I know not what course others may take; but as for me, give me liberty or give me death!” (Patrick Henry, American Patriot and Founding Father).

“If God abhors one sin above another, of which His people are guilty, it is doing nothing in case of an emergency. Indifference and neutrality in a religious crisis is regarded of God as a grievous crime and equal to the very worst type of hostility against God.” (Ellen White, Co-Founder of the Seventh-day Adventist Church, Testimonies, Vol. 3, p. 280).

“His watchmen are blind: they are all ignorant, they are all dumb dogs, they cannot bark; sleeping, lying down, loving to slumber.” (The Prophet Isaiah, Isaiah 56:10).

As civil and religious liberties are being suppressed, as governors and mayors rewrite the laws of the land and as the seventh-day Sabbath is under attack in some parts of the world, the General Conference Public Affairs and Religious Liberty Department (PARL) has published a very weak response to the entire coronavirus crisis.

Ganoune Diop is director of the religious liberty work for the Seventh-day Adventist Church, and his department (PARL) released a statement on the current civil rights and religious liberty crisis we are seeing today. PARL published a list of politically correct “guidelines” to the public instead of launching a protest against the perpetrators who are suspending our civil and religious liberties. The guidelines say in part:

“Some fundamental civil rights—including some religious freedom rights—are not absolute in every circumstance.”

“What sort of public interest could possibly justify such extraordinary government interference? In the words of Article 18 of the ICCPR, the freedom to act on one’s beliefs can be “subject only to such as are prescribed by law and are necessary to protect public safety, order, health or morals or the fundamental rights and freedoms of others.”

“In the face of a global pandemic, unprecedented in recent times, limits on the size of public gatherings and restrictions on one’s freedom of movement—measures that are driven by serious public health concerns—can be justified, even if these restrictions impact the ability of believers to gather together for worship.” [1]

Liberty of conscience is under attack. Anti-civil and anti-religious bigotry is at work right now. Protesters have been shut down and in some cases arrested. We don’t need politically correct guidelines, we need action. We don’t need boot-lickers (those who kiss the feet of their oppressors), we need men and women to raise their voices and give a warning:

“We are not doing the will of God if we sit in quietude, doing nothing to preserve liberty of conscience” (Last Day Events, p. 127).

“We cannot labor to please men who will use their influence to repress religious liberty” (Ibid.)

“They should work more earnestly to delay as long as possible the threatened calamity” (Ibid.)

“As faithful watchmen you should see the sword coming and give the warning, that men and women may not pursue a course through ignorance that they would avoid if they knew the truth” (Ibid.)

All freedom-loving people and all believers should be terribly concerned about the open attacks on our liberties. But tragically, our religious liberty leaders are absolutely neutral; no, worse yet, they side with the violators of freedom. This is very troubling indeed. While most Seventh-day Adventists are shamefully quiet about all of this, there will be a small remnant among God’s people and even many non-Adventists who will speak up for freedom and liberty.

“For if thou altogether holdest thy peace at this time, then shall there enlargement and deliverance arise to the Jews from another place; but thou and thy father’s house shall be destroyed: and who knoweth whether thou art come to the kingdom for such a time as this?” Esther 4:14.

One Man Standing Up in Public

In Jamaica, it has been reported in the local media that there is “one” man who is publicly defending religious liberty. Jessie Justin is asking his country to change the shopping days from Wednesday and Saturday to Tuesday and Thursday. The media calls it a “one-man protest.” [2] 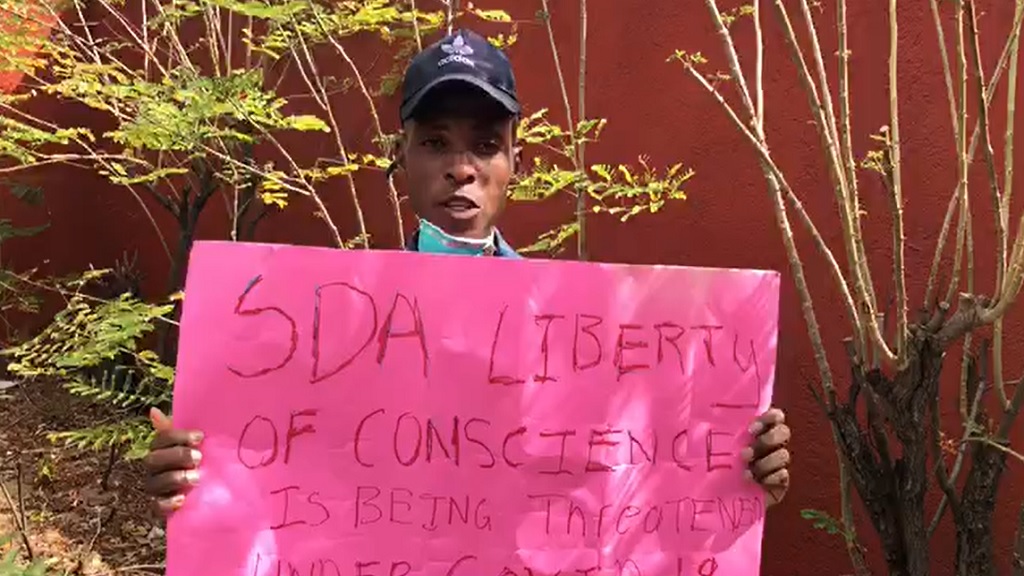 The General Conference should make this man the new “director” of our religious liberty work. He is doing more to defend our faith than the current director Ganoune Diop. Diop is too busy finishing his doctorate degree in apocalyptic literature at a prominent Roman Catholic seminary. [3]

I am amazed that our pastors and leaders in Jamaica have not publicly teamed up with this one man who is standing up for the seventh-day Sabbath. Here we have one person making a clarion call in Jamaica for the truth. Where in the world are the religious liberty leaders? Why aren’t they speaking out? Why does one man have to make a placard and stand in the street?

Why are religious liberty leaders so silent when they should be standing up for the faith and for religious freedom? What is happening to these leaders today? Are they gutless, spineless, compromised, careless and cowards? They love to sit in their ivory towers and talk a good talk in times of peace. How about standing strong for religious liberty at a time like this? How about opposing these anti-freedom, mostly democratic governors and mayors, many of whom they voted for in the last election?

Praise the Lord for this one, faithful layman in Jamaica! And shame on all our lukewarm religious liberty leaders and their bosses who support them. Religious liberty leaders are found at every level of the church – the general conference, division, union and even at the local conference level. Many of them get paid generously to fly around the world. What, if anything, are they doing in the public arena during this crisis?

Many don’t want to rock the boat. Some never speak when it really matters. Others are too busy or too preoccupied with more important matters, like ecumenism or finishing their doctorate degrees in Roman Catholic seminaries. [3]

The Seventh-day Adventist Church raises a lot of money for the work of religious liberty. Every year special offerings are collected for the religious liberty work. Special prepared statements are read before collecting these offerings reminding members of the importance of upholding religious freedom.

This is what they say and do in normal and regular times. But what are they really doing now in this moment of crisis? What are they doing when it really matters? When the time comes to put all those fundraising slogans into practice, all of a sudden, these religious liberty leaders are nowhere to be found. All the lip service and clichés about “defending religious freedom” goes out the window and they hide in their closets while liberty is being eliminated, right now, in exchange for security.

And once the threat is gone and if things return to some sort of normalcy, these same religious liberty leaders will come out of hiding and say, “We need to protect religious freedom. Let us raise more funds for this important work because we believe in religious liberty.” Has this great and noble work become a racket (fraud)?

“Is this house, which is called by my name, become a den of robbers in your eyes? Behold, even I have seen it, saith the LORD.” Jeremiah 7:11.