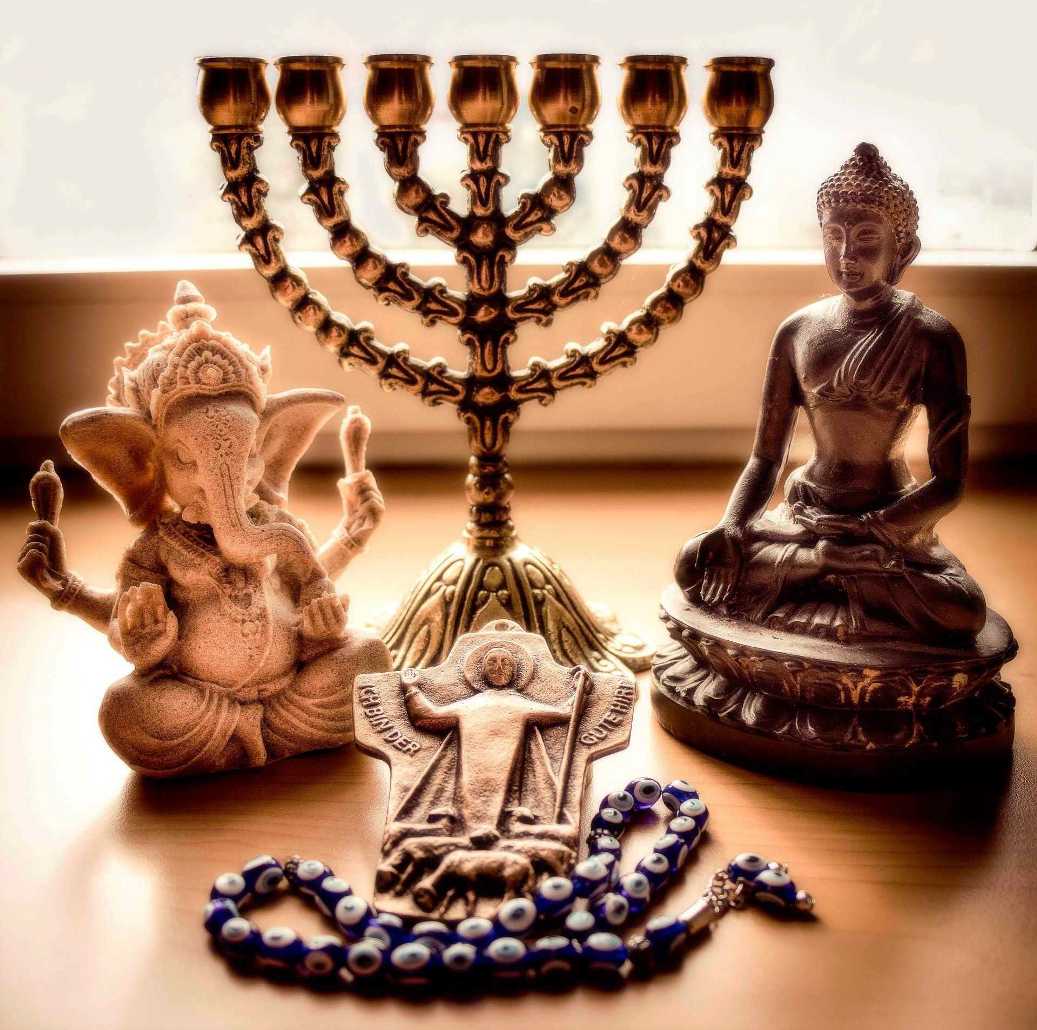 One of the central themes of Pope Francis’ latest encyclical, Fratellit Tutti, promotes the notion that “no one is saved alone.” This is a direct quote from Fratelli Tutti and is found in paragraphs #32 and #54. [1] Fratelli Tutti means “all brothers.” This supports the idea of ​​a universal brotherhood. It teaches that God embraces the different religious beliefs and wants to unite them into one family.

“Thou shalt have no other gods before me … Thou shalt not bow down thyself to them, nor serve them: for I the LORD thy God am a jealous God, visiting the iniquity of the fathers upon the children unto the third and fourth generation of them that hate me; And shewing mercy unto thousands of them that love me, and keep my commandments.” Exodus 20:2-6.

Jesus affirmed the validity of this commandment when He said:

“Then saith Jesus unto him, Get thee hence, Satan: for it is written, Thou shalt worship the Lord thy God, and him only shalt thou serve.” Matthew 4:10.

Today the clear teachings of God’s word are being replaced. Fratelli Tutti embraces pantheism. It celebrates every religion known to man. The Pope’s encyclical basically elevates Krishna, Buddha, Muhammad, Gaia (Mother Earth) and the witch doctors to the same level as Jesus. [2]

Some Seventh-day Adventists also endorse these same serious theological errors. We are bowing down on the altar of Fratelli Tutti. We are following this. We are part of it. On October 27, 2020, Seventh-day Adventists met with Roman Catholics, Orthodox, Jews, Evangelicals, and political leaders to participate in a season of interfaith prayer for peace. [3] The churches that were represented were the following:

Nestor Grindetti, Mayor of Lanús, a city outside of Buenos Aires, Argentina, and Norma Lozano, Director of Churches and Institutional Relations, met with religious leaders to pray for peace during the social and economic crisis caused by COVID-19. At this interfaith prayer meeting, Pope Francis’ encyclical, Fratelli Tutti, was recognized by the mayor as an important document for achieving world peace. Mayor Nestor Grindetti stated:

“This is not a time for speeches. I just want to congratulate Norma for this call and thank them for their participation,” remarked the communal chief, highlighting the importance of prayer to achieve world peace.” “What humanity needs is more love and less hatred,” he added in tune with the message of Pope Francis who assures that “no one is saved alone.” [3]

For church and state leaders to promote Rome’s idea that “no one is saved alone” is basically abandoning the true Christian faith. They say that no one has to change their beliefs because we are all brothers anyway. Error and apostasy abound and the world is not prepared for what is to come on the earth. Although the papacy appears to be triumphing as the world accepts its message (Revelation 18:7), the truth is that God’s judgments will surely follow this display of pride and arrogance. God’s word clearly says:

“Therefore shall her plagues come in one day, death, and mourning, and famine; and she shall be utterly burned with fire: for strong is the Lord God who judgeth her.” Revelation 18:8.

What this means is that one day, in the not too distant future, God’s judgments will surely fall on the great end-time apostasy that is seducing the world into sin and rebellion (2 Thessalonians 2:9-12). Babylon’s temporary triumph is a sure sign of her final and total overthrow (2 Thessalonians 2:8). That is why the urgent call from heaven cries out:

“Come out of her, My people, that ye be not partakers of her sins, and that ye receive not of her plagues.” Revelation 18:4.

Bible prophecy is clear. As Rome rejoices, feeling sure of the future, the last call of the Lord will sound. Every pastor, evangelist and missionary in every church, should be giving the solemn warning about the times and seasons. It is our duty to announce to all the current events and conditions of our world. We should prepare people for what lies ahead.

All will be gathered by Christ or by Satan. Every person we meet will be taken to eternal life or eternal death. The destiny of these souls depends on us. What are we doing in this midnight hour when human probation is reaching its limit? What are we doing with the Three Angels’ Message? Are we doing everything possible to save the lost and deceived for God’s kingdom? Or are we leaving them in darkness?

“Souls are in danger of falling under temptation, and they will perish unless God’s ministers are faithful to their trust. If for any reason their spiritual senses become so benumbed that they are unable to discern danger, and through their failure to give warning the people perish, God will require at their hands the blood of those who are lost” (Acts of the Apostles, p. 361).