Earlier this year, the General Conference asked the world church to pray for the situation in Burundi while our people were being persecuted. [1] Well, now that property and control have been restored to the East-Central Africa Division of Seventh-day Adventists and respectfully, to the General Conference, there are no more calls for prayer.

So if the General Conference, through the East-Central Africa Division, has recuperated all church properties and control in Burundi, how is it that Seventh-day Adventists continue to be excluded from their own churches? Why are church buildings locked and why are people forced to worship outside? This is the part of the story that you will not read in the Adventist Review or in any church-owned publication. 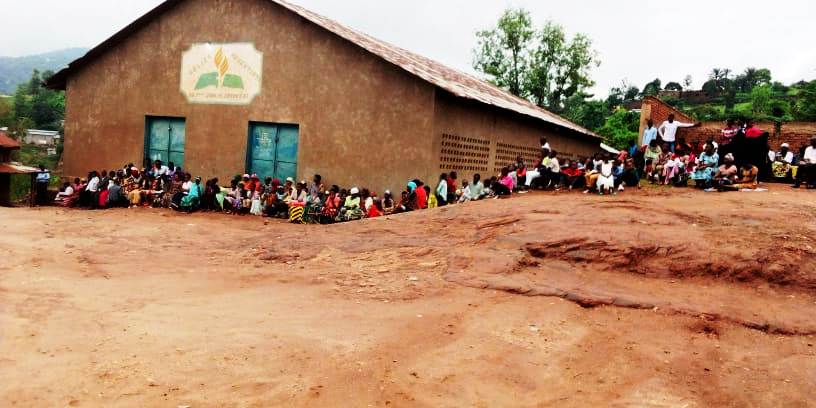 In Burundi a new and strange situation is occurring. The persecuted have now become the persecutors. The oppressed have now become the oppressors. The ones who once claimed they were being excluded from their churches are now the ones who are excluding others from the churches. What has changed? Doctrines, beliefs or standards? No. Power and control.

This is nothing new. During the time of Christ there were opposing factions within the Jewish nation that were trying to gain control of the Great Jewish Temple. Notice what the pen of inspiration says about what God’s ancient people were doing to each other:

“The leaders of the opposing factions at times united to plunder and torture their wretched victims, and again they fell upon each other’s forces, and slaughtered without mercy. Even the sanctity of the temple could not restrain their horrible ferocity. The worshipers were stricken down before the altar, and the sanctuary was polluted with the bodies of the slain. Yet in their blind and blasphemous presumption the instigators of this hellish work publicly declared that they had no fear that Jerusalem would be destroyed, for it was God’s own city. To establish their power more firmly, they bribed false prophets to proclaim, even while Roman legions were besieging the temple, that the people were to wait for deliverance from God” (Great Controversy, p. 29).

What a terrible situation. Those who participated in this “hellish” and “blasphemous” work were all lost. The Jewish people were deprived of liberty during the Egyptian and Babylonian captivity. In their suffering they called out to God; God heard them and delivered them. But later, when the Jewish nation was given freedom, they did not extend those same freedoms and courtesies to their fellow believers. Not to the prophets, Jesus, the apostles or even the “opposing factions” in the temple. But this terrible story did not end there. 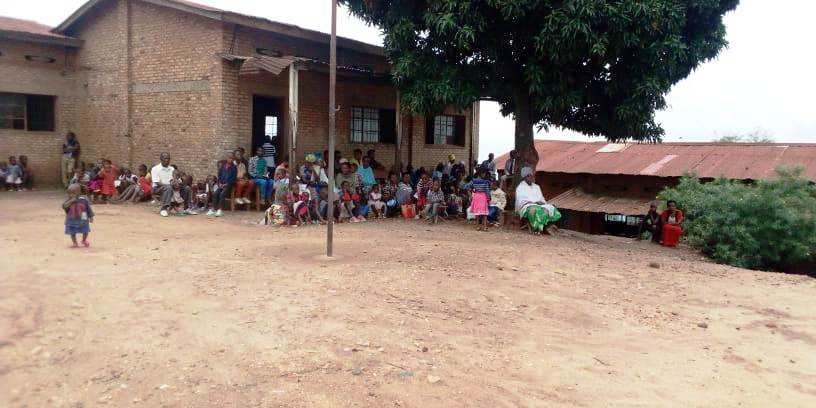 Have you ever heard of the Holy Inquisition? During the Protestant Reformation of the 16th century, many of the so-called “churches” in Europe had torture chambers and instruments of torture inside those “churches.” The “church” would take those who were part of the opposing faction, members of the same Christian faith, torture them and burn them alive at the stake. This is what many of the so-called Christians did. 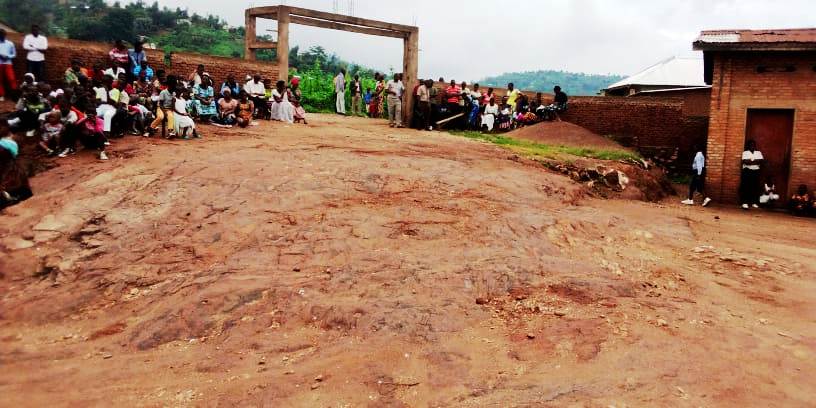 Why did the Pilgrims come to America? Why did they risk their fortune, their lives and their families to undertake the dangerous journey across the ocean? They came for religious freedom. They came to America because they were being persecuted in Europe. But once they got here and were in control, what happened next? The persecuted became the persecutors. They did not extend those same freedoms and courtesies to their fellow believers. Many were persecuted when the churches in colonial America instituted their Blue laws.

This is exactly what is happening right now in Burundi within Adventism. Human nature is the same in all ages. These images and video are from last week. This is the most important story taking place in the church today, and no one wants to talk about this tragic situation. There was a world crisis a few months ago. Every church publication asked for prayers, tolerance and consideration. But now that power and control have changed hands, even as the persecution continues, not a word is said about the continuing tragedy in Burundi. 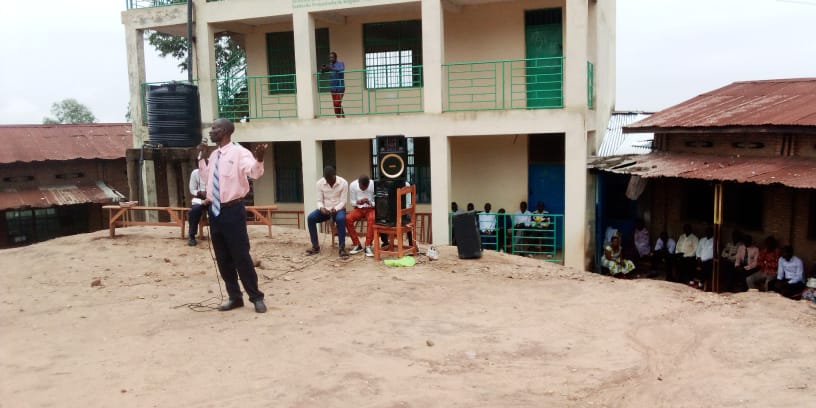 There have been two factions operating in Burundi. The Joseph group was in power for over one year. Ted Wilson, Ganoune Diop and others started a world-wide campaign denouncing the abuse, the imprisonment and the mistreatment of their constituents. [1] They cried out against the closure of the churches. They blamed the government of Burundi for supporting the Joseph group. But as soon as the tables were turned and the Daniel group (backed by the General Conference and the East-Central Africa Division) came to power, what has happened since? Those who stood with Joseph or who sympathized with him have now become the recipients of the same systemic violations of religious freedom denounced by Ted Wilson and Ganoune Diop. 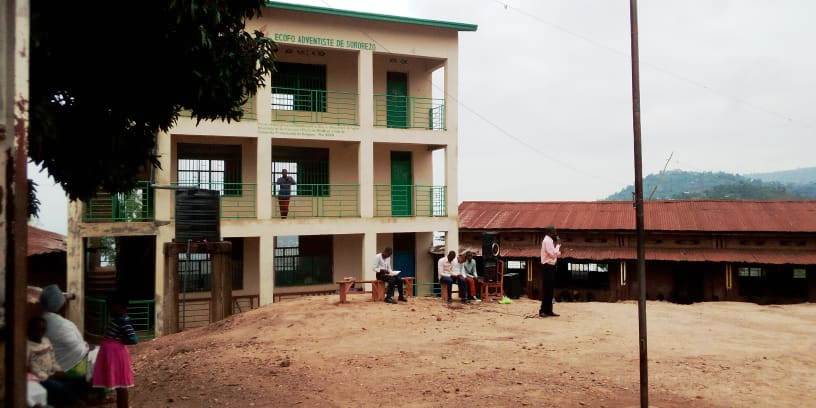 “Ye are of your father the devil, and the lusts of your father ye will do. He was a murderer from the beginning, and abode not in the truth, because there is no truth in him. When he speaketh a lie, he speaketh of his own: for he is a liar, and the father of it.” John 8:44.

“Whosoever hateth his brother is a murderer: and ye know that no murderer hath eternal life abiding in him.” 1 John 3:15.

Where are all of Ted Wilson’s letters now? Where are the calls to prayer? There are none. Where is Ganoune Diop? He is nowhere to be found. Why? Because the right group is now in power. Do we really believe in religious freedom? Or is it just lip-service? Is it just good for raising funds? Isn’t it our duty to extend those same Christian courtesies to our fellow believers? Or will we repeat the same tragic history of ancient Israel? Will we repeat the tragedies that occurred during the Holy Inquisition? 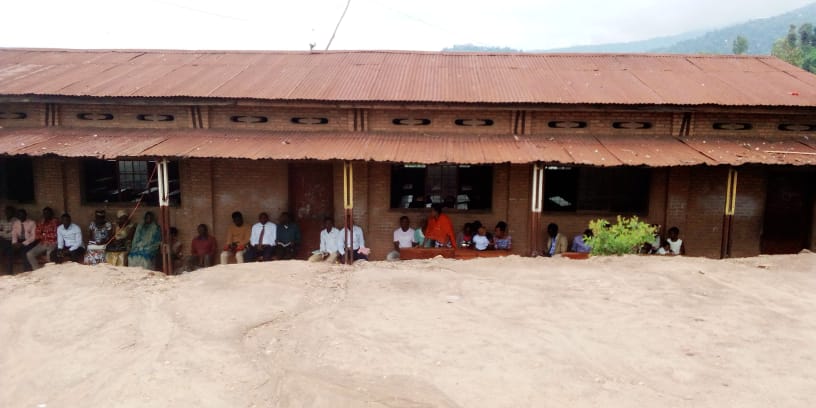 Here in the United States and in other developed nations we are dealing with restrictions and church closings. But the restrictions are imposed by authoritarian municipal and state governments. This is nothing like what is happening in Burundi. In Burundi, church closings are being enforced by fellow Seventh-day Adventist believers with the full support of the East-Central Africa Division and the General Conference.

This is an important religious liberty issue that has been ignored, not only by the world, but by the church as well. Sadly, our brothers and sisters in the faith in Burundi have been forgotten. They have no voice. This could end today. It should end today. These are the men who can end this: