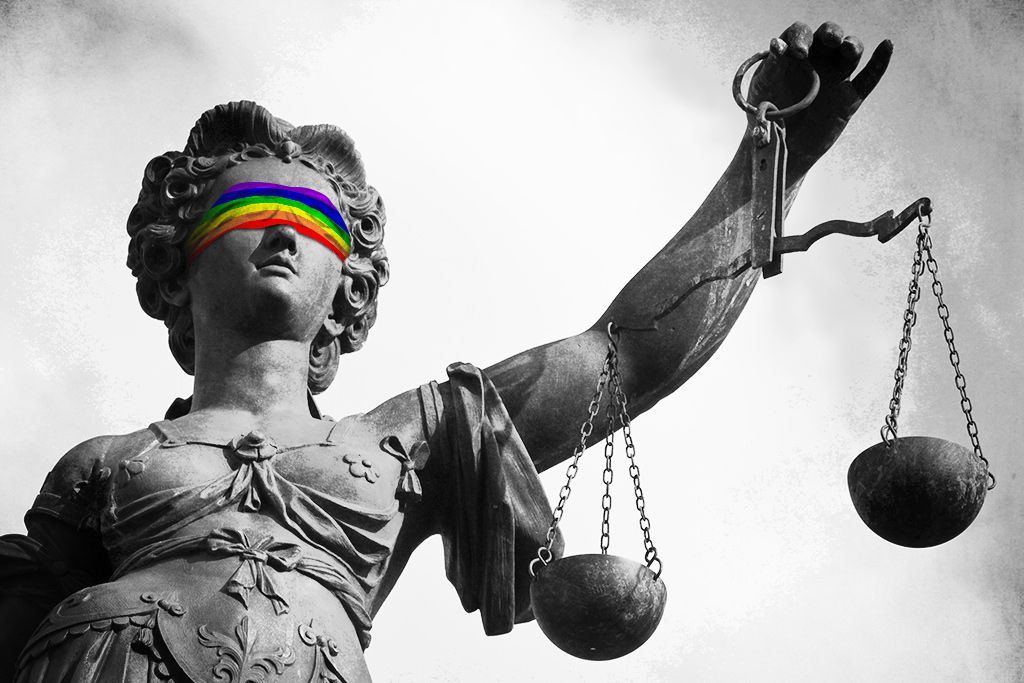 Seventh-day Adventists from the “General Conference” and the “North American Division” are supporting a new proposed law called the “Fairness for All Act” which seeks to find a compromise between religious liberty and the radical homosexual and transgender agenda. [1] The “Fairness for All Act” (HR 5331) was introduced into the US House of Representatives on December 6, 2019. This law would amend the Civil Rights Act of 1964 to include “sexual orientation” and “gender identity” and place these on equal footing with race, color, religion and sex.

“At a Capitol Hill press conference today, U.S. Representative Chris Stewart (R-UT) announced the introduction of a proposed law called Fairness for All. The legislation, which was introduced into the House of Representatives, aims to ensure that the free and open exercise of religion cannot be eroded, regardless of future political trends. Seventh-day Adventist religious liberty advocates were among those who participated in the event to express their support.” [1]

Please read the wording for this law. This proposed legislation would enshrine “homosexuality” and “bisexuality” as part of our new Civil Rights – protected by federal law. These new sexual and gender ideologies would fundamentally transform American society. The “Fairness for All Act” would force individuals and institutions to bow to the gay and transgender agenda. The actual language in this bill defines sexual orientation as “homosexuality, heterosexuality, or bisexuality. [2]

Sometimes the most diabolical plans are disguised with nice words such as “equality, civil rights, non-discrimination, fairness, support and assistance.” But when you examine the details you will see that this law is pushing for the establishment of the radical homosexual and transgender agenda.

Fairness to Some – Not for All

What do Seventh-day Adventists get for supporting this bill? The bill does seek to exempt religious organizations, churches, church-owned schools, church owned hospitals and other church related non-profit organizations from this law. Churches and the entities they own will not be subject to the LGBT+ agenda. However, private businesses owned by Christians will NOT be exempt. If you are a business owner – and not a church or religious non-profit organization – then you are not protected and you would be at the mercy of the radical LGBT+ agenda and their federal prosecutors.

Privately owned for-profit schools, business, organizations and entities owned by Christians will be forced to embrace the LGBT+ indoctrination. Christian businesses in the private sector would be left on the wrong side of the law. State and federal institutions would also not be exempt. This misguided legislation undermines religious liberty for all private and public business and entities – including those owned by Christians.

The “Fairness for All Act” is not fair to everyone. And by supporting this legislation we protect church-owned institutions but then throw everyone else under the bus. By supporting this law we open the door for the militant LGBT+ mafia to have their radical agenda enshrined into our federal laws and to be used as a weapon against Americans!

Why are we supporting this? Do Adventists now support religious liberty and sexual liberty? Are we now supporting and promoting both truth and error? Are Seventh-day Adventists now working to codify bisexuality and homosexuality into federal law? That’s exactly what this law would do. Our religious liberty work is being reduced to the same LGBT+ advocacy efforts of the ACLU and other liberal, secular groups.

Our Nation Will Be Transformed

By adding “sexual orientation” and “gender identity” to the list of federally protected civil rights, countless of other Americans will loose their freedom of speech, conscience, and religion. Families are not protected under this law. Parental rights would be subject to the rights of their children to choose their own sexual identity. The LGBT+ indoctrination of our children will begin in preschool. Some parents would lose custody of their kids for failing to give them federally-protected sex change therapy. All public schools in every state and county would be forced to teach about LGBT+ sexual identities and gender orientations starting from preschool.

Foster parents would also be subject to these new federally protected LGBT+ laws. Christian doctors in private practice will be forced to provide transgender services by federal law. Society as a whole will be forced to affirm the LGBT+ ideology. This is what will happen when you enshrine a misguided sexual and gender ideology into federal law.

The strong arm of the federal government will use our Civil Rights laws as a sword to punish citizens who dissent from the gender madness of the LGBT+ movement. Why would Seventh-day Adventist support legislation that would devastatingly undermine the freedom of religion, conscience, speech and protections of so many people? They call this a compromise. How can you just look out for your own interests while the nation is systematically destroyed?

The Most Ridiculous Part of “Fairness for All Act”

The “Fairness for All Act” that is supported by “Seventh-day Adventist advocates, from both the General Conference and North American Division” contains a clause that could allow judges to strike down the religious exception and protections for churches while keeping in place the other harmful LGBT+ provisions. Section 9 of this proposed bill has a “Severalbility” clause which says:

This says that one part of this law can be determined “invalid” while the other part can still be enforced. This means that liberal, pro-LGBT+ judges could in theory strike down religious exceptions for churches and still force them to embrace the new LGBT+ mandates. In other words, all of the effort on the part of Seventh-day Adventists to help codify homosexuality and bisexuality into our new federal Civil Rights laws could in the end leave us without any protection anyways. So then why are we advocating to see this law passed? It makes no sense whatsoever; but this is what happens when we forget that religious liberty is supposed to be linked closely together with the banner of truth:

“The banner of truth and religious liberty held aloft by the founders of the gospel church and by God’s witnesses during the centuries that have passed since then, has, in this last conflict, been committed to our hands” (Acts of Apostles, p. 68).

We have been given two banners – the banner of truth upon which are inscribed the commandments of God and the faith of Jesus; and the banner of religious liberty, which is to open the way so that we can share the truth of Revelation 14:6-12 to the world. We cannot and must not separate these two works.

“We may disguise poison by mingling it with wholesome food, but we do not change its nature. On the contrary, it is rendered more dangerous, as it is more likely to be taken unawares. It is one of Satan’s devices to combine with falsehood just enough truth to give it plausibility … yet while there is with these a requirement which is contrary to God’s law, His servants cannot unite with them. Nothing can justify them in setting aside the commandments of God for the precepts of men” (Great Controversy, p. 587).