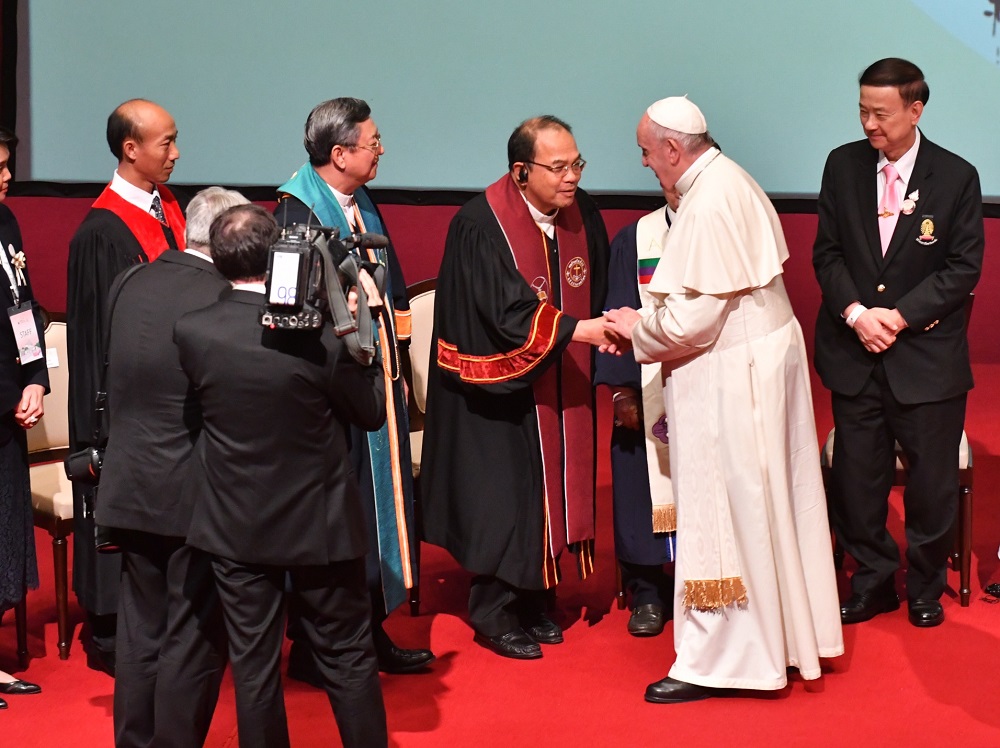 The Protestant movement is being written off as a big misunderstanding that took place centuries ago within the body of Christ. The Protestant Reformation of the 16th Century is being described as a period in history in which Christian brothers were fighting over issues that have since been resolved. The true faith and experience of Protestantism is being compromised by all the sweet talk of the ecumenical movement. 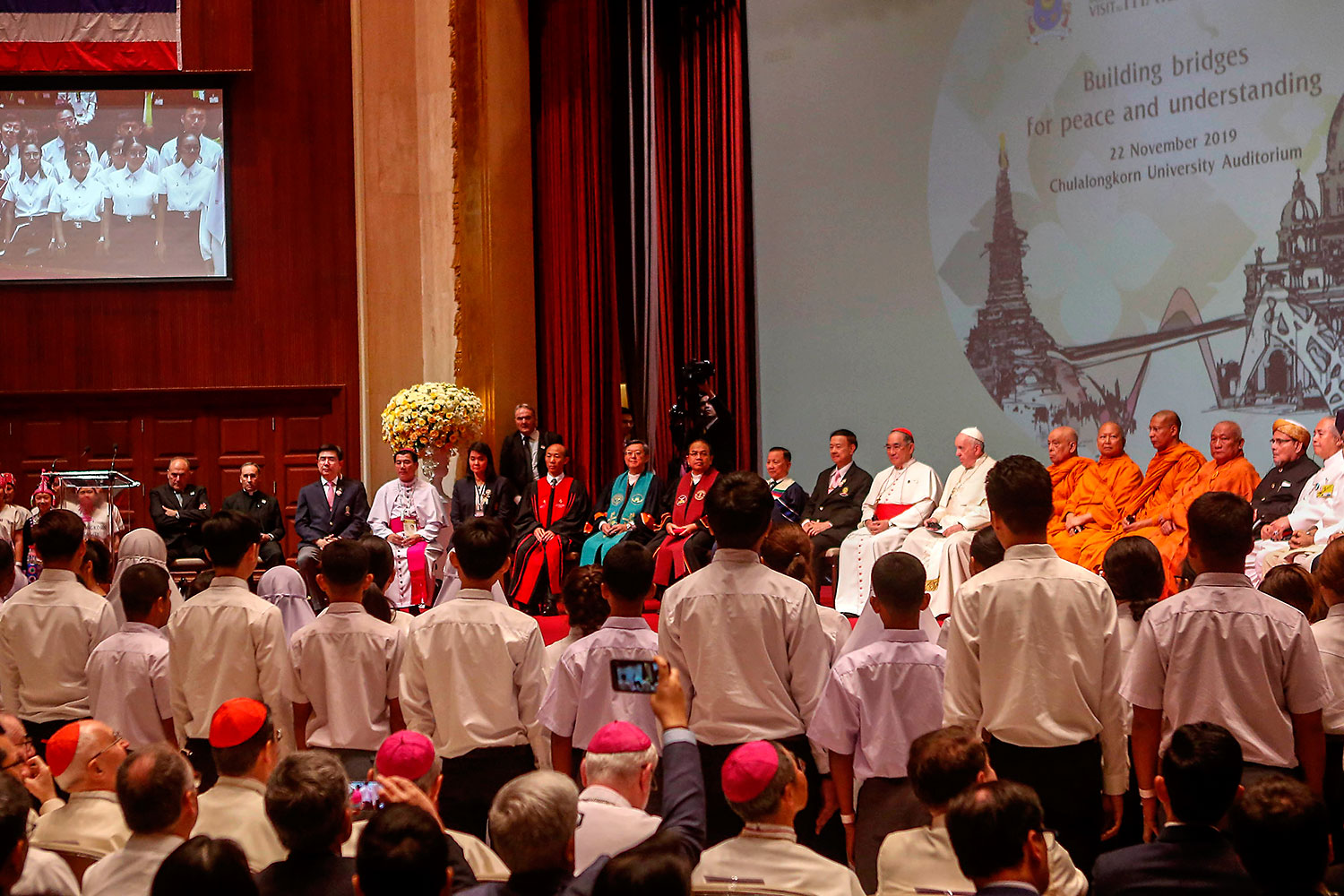 A three-fold union of Protestantism, Catholicism and Spiritualism. The Pope sits with Protestants on one side and Buddhists on the other. Photo: Bangkok Post

This is exactly what took place in Thailand last week. Pope Francis met with Protestant leaders and other religions at Chulalongkorn University in Bangkok, Thailand, on Nov. 22, 2019. The theme for this ecumenical gathering was called “Building Bridges for Peace and Understanding.” A total of 18 denominations and 1,500 people of faith showed up to hear the Pope promote his message on “dialog and cooperation.” [1]

“Catholics and Protestants have absolutely no problems with each other in Thailand at all … This is very hard to find in other countries,” Manoch Jangmook, Chairman of the Evangelical Fellowship of Thailand, said in an interview. “We are all the same family, the Pope said himself.” [2]

This ecumenical convention was a total lovefest between Protestant leaders and Pope Francis and was characterized by mutual appreciation, affinity and affection for the Pope by the Protestant Churches:

“I feel so honored to receive the Pope. It’s creating unity between many religions, whether Christian, Buddhist, Islam, Hindu, Sikh, and everyone else,” said Thongchai, who represented the Thai Baptists at the meeting. [2]

The historic Protestant faith is being eliminated by the ecumenical movement. Our Protestant forefathers understood and appreciated the Holy Scriptures and spoke out against Rome’s corruption and distortion of the gospel. The Reformers used to believe that the saving truths of God’s word had been replaced with tradition and man-made doctrines and they worked at the peril of their lives to reform the true faith according to the Holy Scriptures. But today the Spirit of Protestantism is completely disappearing. 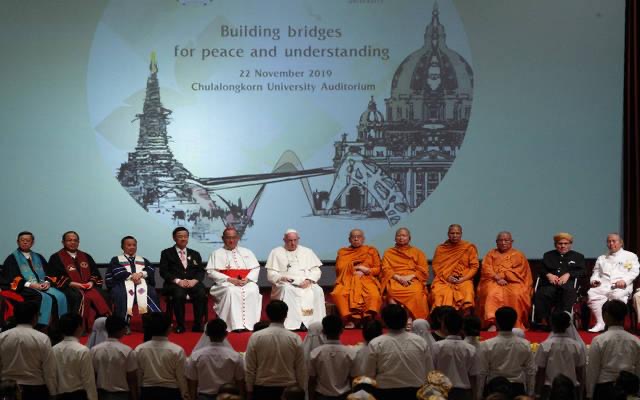 Some Protestant ministers expressed that there is no “deep-seeded differences” between Protestants and Catholics:

“Presbyterian pastor Prasartpong Pansuay of Second Church Samyan said that Thai Protestants and Catholic clergy even sometimes hold events together, such a joint prayer on Jan. 26 at his church. ‘We might be different in terms of rituals and administration, but there’s no conflict or deep-seated differences, politically or otherwise,’ Prasartpong said.” [2]

These new Protestant leaders are not exercising the same kind of faith which Martin Luther practiced. There is a vast array of confusion within Protestantism today as to what the faith is suppose to be.

The Local News Reported that Adventists Met with Pope

The local news in Bangkok reported that Seventh-day Adventists along with other Protestant churches met with Pope Francis on Friday November 22, 2019 in Thailand. The news actually listed the names of the churches who were “allowed” to meet with the Pope and the churches which were “absent” from the meeting.

“Apart from the Catholic Church, The Thai government recognized five other Christian denominations: Baptist, Evangelical, Presbyterian, and Seventh-day Adventist churches. Only representatives of those five Protestant sects were allowed to meet with the Pope on Friday; Mormons and Jehovah’s Witnesses, both of which have presence in Bangkok, are not recognized by the government, and therefore absent from Friday’s meeting.” [2]

Did Seventh-day Adventist actually meet with Pope Francis in Thailand as reported by the local news media? Or did the news reporters get this story wrong? The members of the news media were at this event. They interviewed some of the clergy who attended, they asked questions and they took pictures of Pope Francis with leaders of the Protestant Churches. 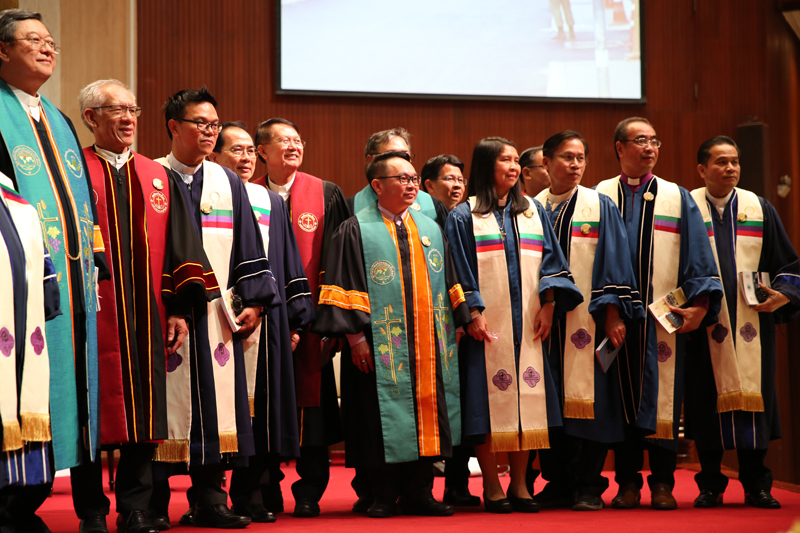 Here is part of the Protestant clergy that met with Pope Francis. Photo: Khaosod

In any case the Seventh-day Adventist Church cannot remain silent on this important issue. Whenever the secular news publishes to the world a news story that implicates our participation in an ecumenical encounter with Pope Francis the church must speak up and clarify this matter. If the Seventh-day Adventist leadership did in fact meet with Pope Francis then they need to tells us why? We must shun concealment. 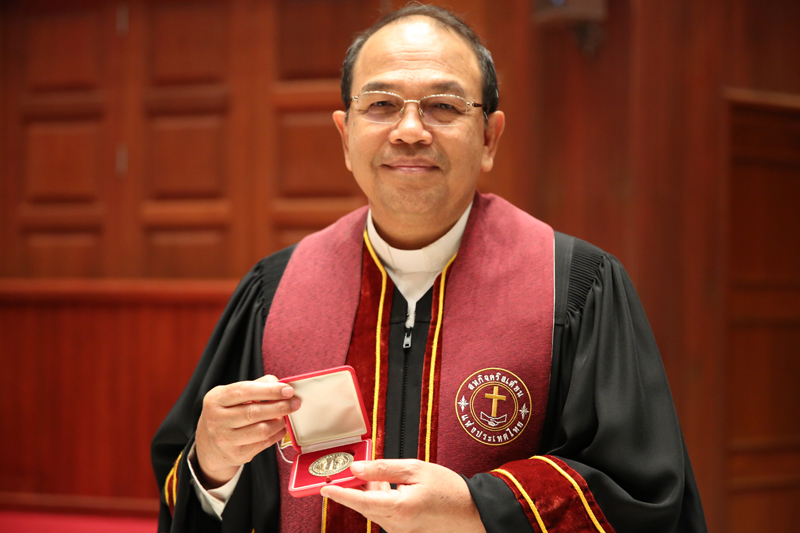 The Protestant leaders received a special medallion from the Pope. Photo: Khaosod

If Seventh-day Adventist Church leaders did not meet with Pope Francis and if the news media got this story wrong then the church needs to set the record straight because it seems that the secular news media has a long history of reporting Seventh-day Adventist’s involvement in the ecumenical movement in Thailand for years! [4] [5] This is NOT their first event; Adventists in Thailand have a lot of experience.

Will we continue to sink lower and lower into the trappings of ecumenism, compromise and unbelief? Will we continue to work with those who are determined to undo the Reformation? When Protestantism was fully alive, the Reformers had a powerful, united voice for God’s truth and they were able to turn the whole world upside-down and change the entire course of human history. 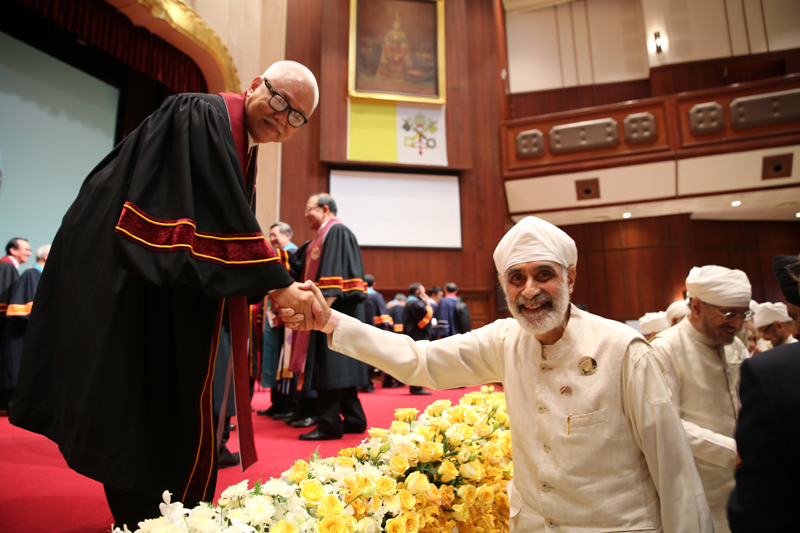 Protestants and Sikhs join together under the Vatican Flag in Thailand. Photo: Khaosod

The outcome of the Protestant Reformation was that the entire world came out of the Dark Ages. Sadly we are heading right back into another Dark Age because the heirs of the Reformation are saying that the Protestant movement was just one big misunderstanding and that today we are all one big happy family.

This act of apostasy is being called “progress.” This is what 60 years of ecumenism has produced. We now have a degenerated version of Protestantism that doesn’t reflect our historic Protestant faith. Protestantism has changed since the 16th Century. Roman Catholicism hasn’t changed. And Seventh-day Adventists, who are also heirs of the Reformers, are not immune to this ecumenically conflicted Protestant mind.

Notice what Martin Luther declared when Rome excommunicated him from the church for teaching the real biblical gospel in his day:

“I know that the pope is antichrist, and that his throne is that of Satan himself.” (Great Controversy, p. 141).

There is no doubt that Luther’s view of the Pope was and is today controversial. Which Protestant Church would dare make these statements in public today? Almost all of the Protestant churches in the 21st Century have rejected the classical, Protestant view of the Antichrist.

If the Pope isn’t the Antichrist then why leave the fellowship of the Roman Catholic Church? We can go back home to Rome! If the purity of the gospel is no longer important then what right do we have of being separate? If the reasons for being a Protestant don’t exist anymore then let’s all embrace Romanism openly? But the truth is that Protestants “came out” for a reason. We owe our very existence to Luther’s conviction that the Pope was Antichrist because of the false claims of papal infallibility and for corrupting the gospel of Jesus Christ through human tradition.

“The accession of the Roman Church to power marked the beginning of the Dark Ages. As her power increased, the darkness deepened. Faith was transferred from Christ, the true foundation, to the pope of Rome. Instead of trusting in the Son of God for forgiveness of sins and for eternal salvation, the people looked to the pope, and to the priests and prelates to whom he delegated authority. They were taught that the pope was their earthly mediator and that none could approach God except through him; and, further, that he stood in the place of God to them and was therefore to be implicitly obeyed.” (Great Controversy, p. 55.1).

Luther’s views are almost nonexistent today. It is not a message to be given by the faint hearted. It’s not politically or ecumenically expedient. It is not socially acceptable. It never has been nor will it ever be. But it’s true. Through Bible prophecy God warns of a power that will be planning tyranny in the last days. These are the words of God and they are meant to be interpreted and proclaimed to the world.

Luther knew the identity of this sinister power described in Bible prophecy. He almost lost his life for exposing it. Believing in historical Protestantism today will certainly cause you to stand in Christ all alone from the rest of ecumenical family – outside with the Mormons and Jehovah Witnesses.