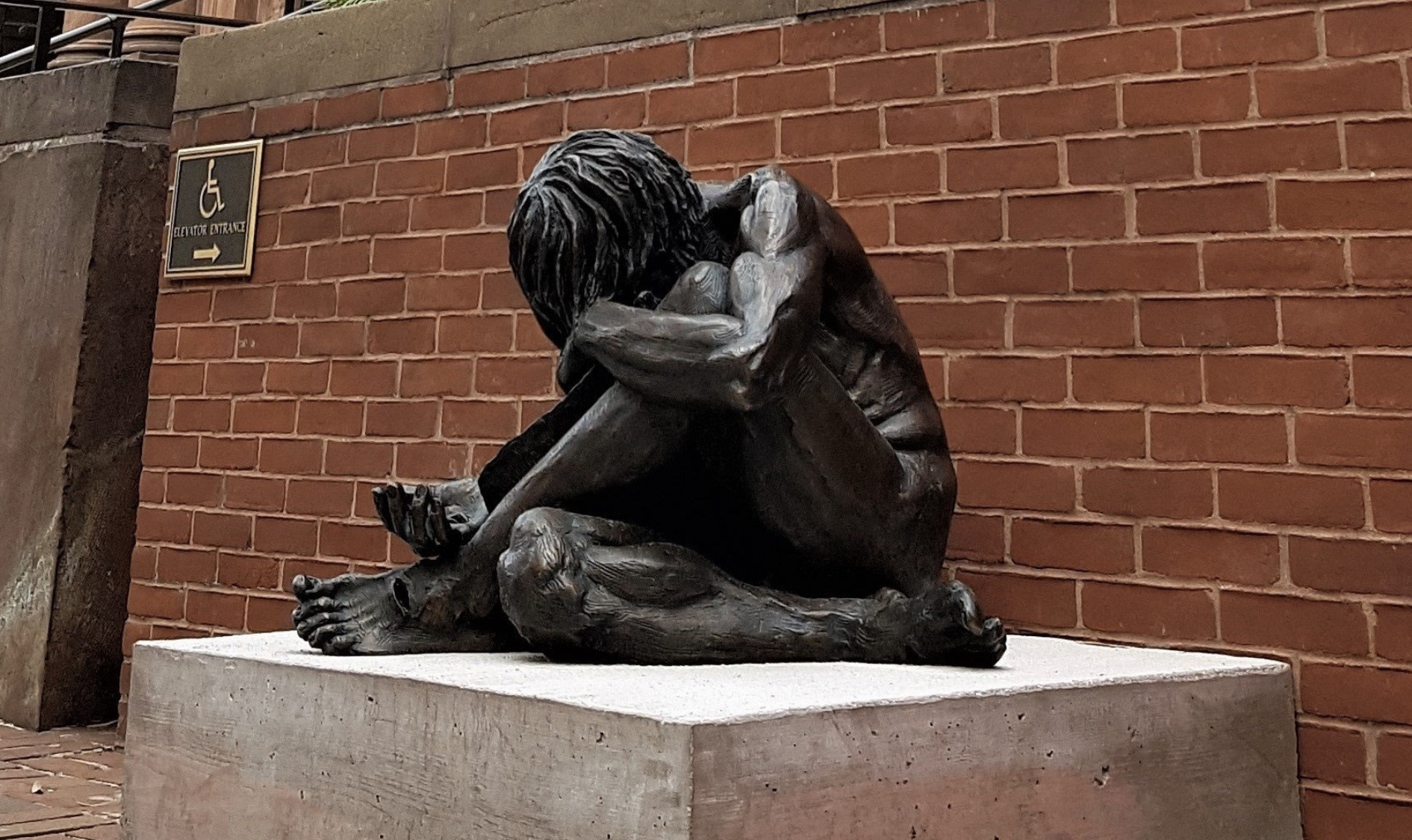 This new sculpture of a naked boy (or a young man) was recently installed at a Catholic Church. [1]

Catholic Monsignor W. Ronald Jameson is the rector of St. Matthew’s Catholic Cathedral in Washington, DC. The church is located just 1.2 miles away from the White House and other federal government institutions. Recently, St. Matthew’s installed a sculpture at the entrance of the Cathedral. [1]

Of all the sculptures they could have selected to convey a message to the community they chose one called “When I was Naked.” And to make matters worse the sculpture is a depiction of a naked teenage boy – or of a young man. But he’s naked nonetheless. The intent was to illustrate that we must clothe the naked. 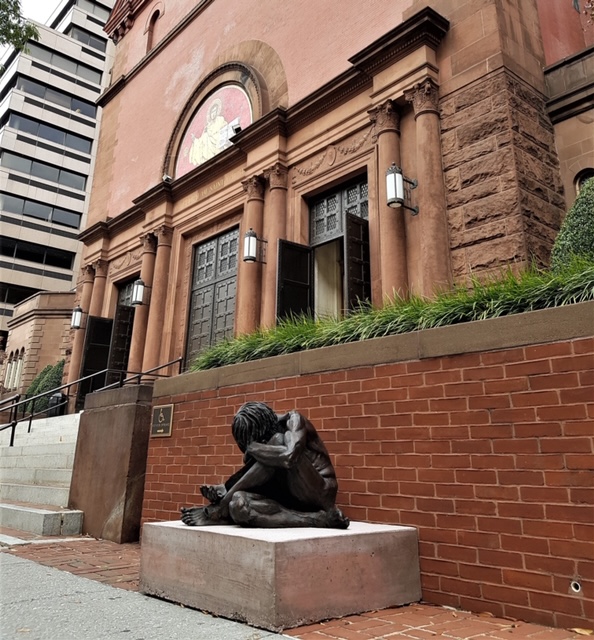 However, with the ongoing child sex-abuse scandal afflicting the Catholic Church by pedophile priests, did it not occur to anyone that maybe a sculpture of a naked boy (or a young man) might not have been the most prudent choice. Especially since it is on display on the street for the whole world to see? Is this just a massive lapse of judgment on the part of the church or is this a sign of something more malevolent?

Is this a monument for the sick perverted pedophiles that are in the church? Or is this just simply an innocent reminder that the church has a mission to “clothe the naked?” Whatever the motive may be Monsignor W. Ronald Jameson led a group of 130 Catholics to bless the naked boy (or young man) sculpture in a church ceremony. 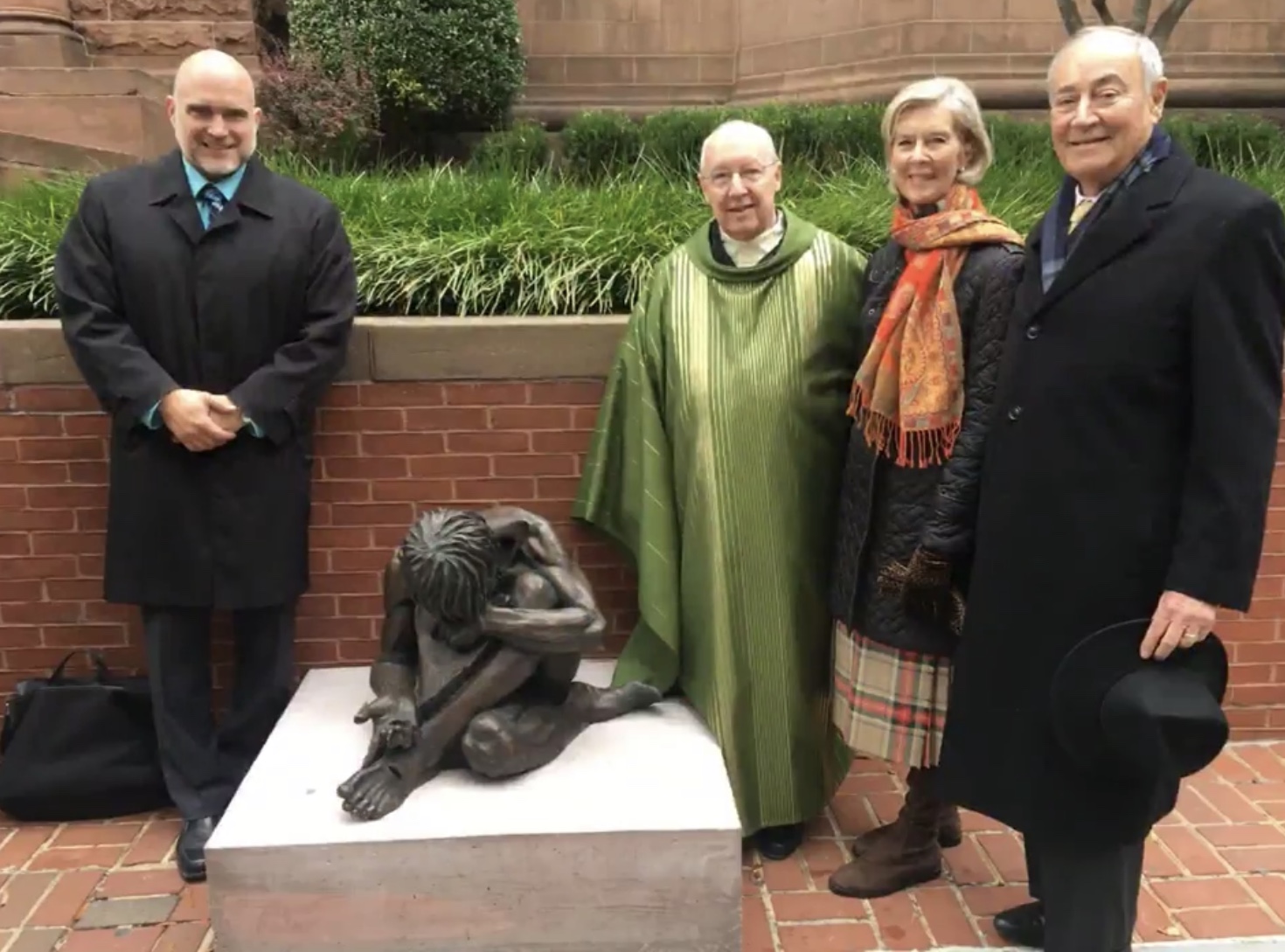 It sure looks like a young naked teenage boy.

Monsignor Jameson says that the monument “will stand as a constant reminder to look for Christ in the poor and vulnerable in our daily encounters.” [1] Really? Well, can the church extended that same grace to survivors and victims of child rape by Catholic priests? Too often the church has failed to show compassion to those who come forward with claims of being abused. Too many victims of abuse have been ridiculed, ostracized and in many occasions their motives have been attacked. 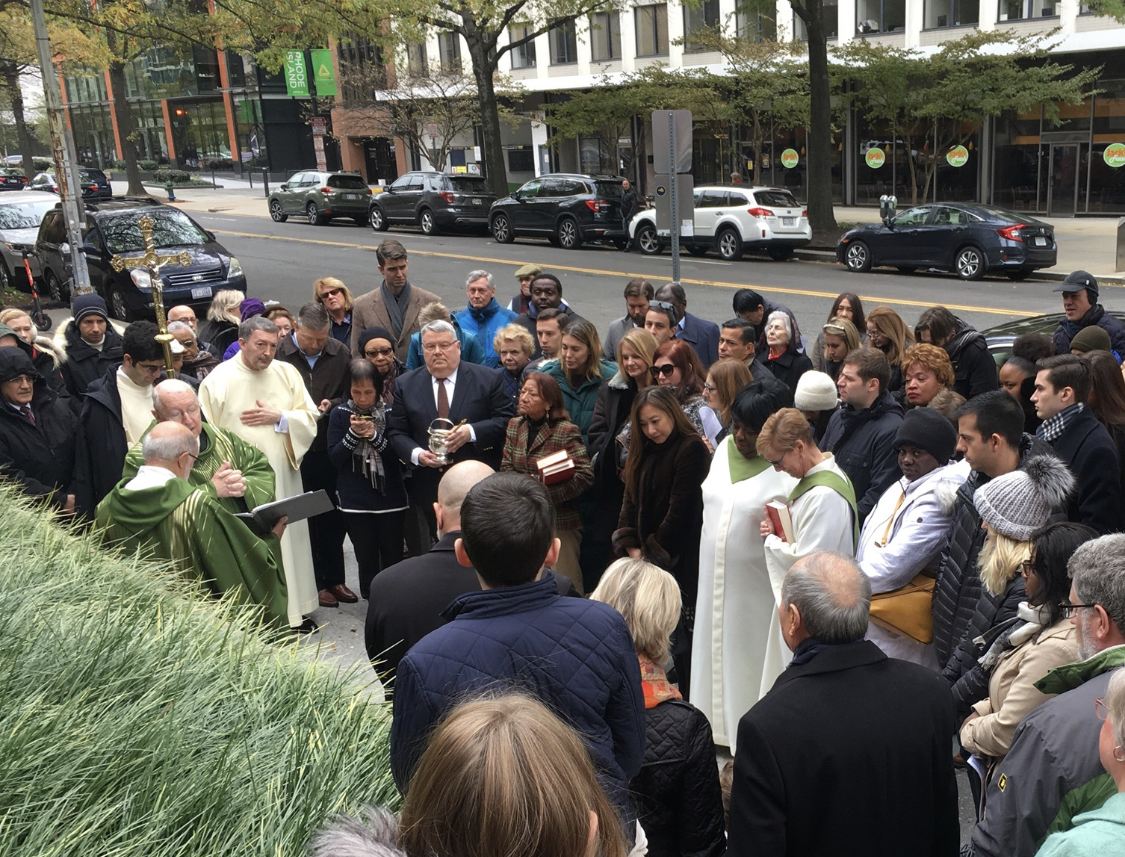 A blessing ceremony for the naked boy sculpture.

The Catholic Church needs to end its code of silence on child sex abuse, and not set up monuments of naked boys (or young men). Instead of telling secular governments what to do and instead of trying to save the Amazonian jungle the church needs to stop protecting predatory priests. Quit covering up abuses and moving  pedophile priests around.

This week I was sent the following video. This is a must see documentary that you won’t see on public television. It exposes the corruption at the highest levels in Rome with regards to pedophilia.