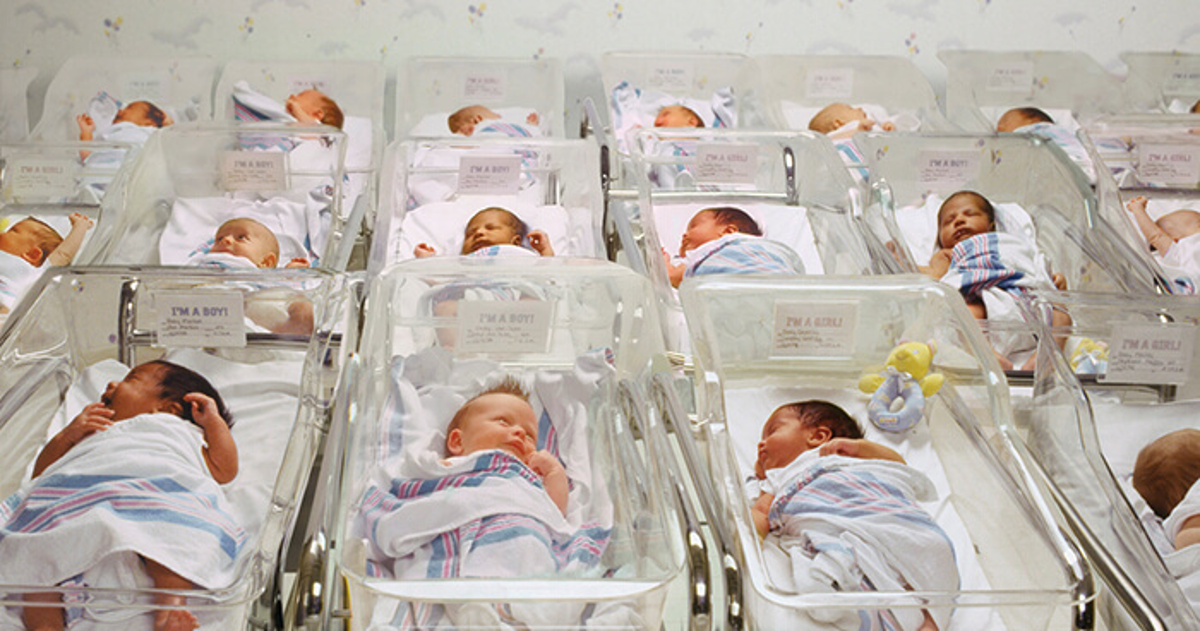 We have been commanded to protect and save those who are being led to the slaughter. It is time for Seventh-day Adventists to see the evil in abortion and to stand up and speak out against it. How can our church stay silent in the face of a blatant, full-scale, systematic plan to legitimize and promote infanticide?

This is what we are facing today. Below is the Governor of Virginia arguing that a living, breathing baby who has been born can be made comfortable until the parents and doctors decide whether it lives or dies.

People should be horrified that a sitting governor who is also a medical doctor would speak openly on the radio about doing this to a little baby. What is happening to our country? This is beyond the pale because we are taking about a fully formed human being.

Below we have lawmakers in Virginia pushing for legislation that would allow a woman to rip out a baby on its final day in the womb – even while the mother is dilating and getting ready to go into labor.

Todd Gilbert (R): Where it’s obvious a woman is about to give birth…would that be a point at which she could still request an abortion?

Kathy Tran (D): My bill would allow that, yes pic.twitter.com/UHgzU3EGDA

This is pure savagery, barbarism and brutality. Our culture is decomposing before our eyes. Where is the church of the living God? Why are Seventh-day Adventist Church leaders so silent in this age of infanticide? It is the duty of the commandment-keeping people to use its vast media empire to speak out and protest this blatant attack against the law of God and against human dignity.

If Adventists are so strong and vocal on social issues such as immigration, gun control and women’s equality, why is there a complete disconnect and silence on the abortion crisis plaguing our nation? What we see transpiring in New York [4] and what we see being proposed in Virginia is a moral outrage, and the so-called “watchmen” have been sitting quietly on the sidelines for decades while the ever-growing abortion crisis escalates out of control. Why such an absence of response?

Adventists run evangelistic ministries, women’s ministries, men’s ministries, children’s ministries, homeless shelters, clothing ministries, soup kitchens, disaster relief programs, religious liberty campaigns, medical missionary outreach, free health and medical treatment events and all sorts of worthy projects. How can we continue to ignore the evil that is destroying and ravaging the lives of the unborn? How much longer is the church going to remain quiet while the nation is suffering from one of its greatest moral collapses?

So why is there a deafening silence in the church on the subject of abortion? There are two reasons. First of all, Adventist hospitals have become abortion service providers. For a fee, our hospitals will take care of your abortion needs. Secondly, the official Seventh-day Adventist position on abortion is not based on God or His law but rather on the same old discredited arguments put out by abortion right activists. Here is how the official church position on abortion concludes:

“The final decision whether to terminate the pregnancy or not should be made by the pregnant woman after appropriate consultation. She should be aided in her decision by accurate information, biblical principles, and the guidance of the Holy Spirit. Moreover, these decisions are best made within the context of healthy family relationships.” [5]

Sorry, but no, that’s not truthful or Biblical. The decision to intentionally murder an innocent person has never been left for us to make. God has already made that decision and He expressed His will for us in the moral law. Have you ever read the Sixth Commandment? Murder is prohibited and that’s what abortion is. It is the intentional killing of an innocent, unborn baby who has done nothing worthy of death. God has not left that up to us to decide whether or not we think these acts are right or wrong.

No man has the authority to establish morality. We must embrace a higher moral standard of values which can only come through divine revelation; not from faulty human reasoning. We must appeal to the word of God and to His law whenever it comes to defining the acceptable, fundamental behaviors of mankind.

So what about the Sixth Commandment? We are accountable to a higher law that forbids the intentional murder of innocent people. I’m sorry to say this, but our church got it wrong – and in a very big way. And since the church adopted this faulty, official statement on abortion we have come to a point where our Adventist hospitals will now provide the pregnancy termination service (abortion) for a fee.

We have lost our moral compass and standing on the abortion debate. This is the reason for the deafening silence in the church on the abortion question. This is why there are no sermons heard in Adventist churches decrying the evils of abortion. This is also why there are no official church-sponsored, pro-life ministries preaching pro-life messages. We have no moral leg to stand on. We are compromised. We are guilty. We have blood on our hands.

Unless we repent and renounce the workings of Satan we will be bitterly disappointed in the soon-coming day of reckoning.

“Will ye steal, murder, and commit adultery, and swear falsely, and burn incense unto Baal, and walk after other gods whom ye know not; And come and stand before me in this house, which is called by my name, and say, We are delivered to do all these abominations? Is this house, which is called by my name, become a den of robbers in your eyes? Behold, even I have seen it, saith the LORD…Therefore pray not thou for this people, neither lift up cry nor prayer for them, neither make intercession to me: for I will not hear thee” Jeremiah 7:9-11, 16.

“While God’s mercy bears long with the transgressor, there is a limit beyond which men may not go on in sin. When that limit is reached, then the offers of mercy are withdrawn, and the ministration of judgment begins” (Last Day Events, p. 40).