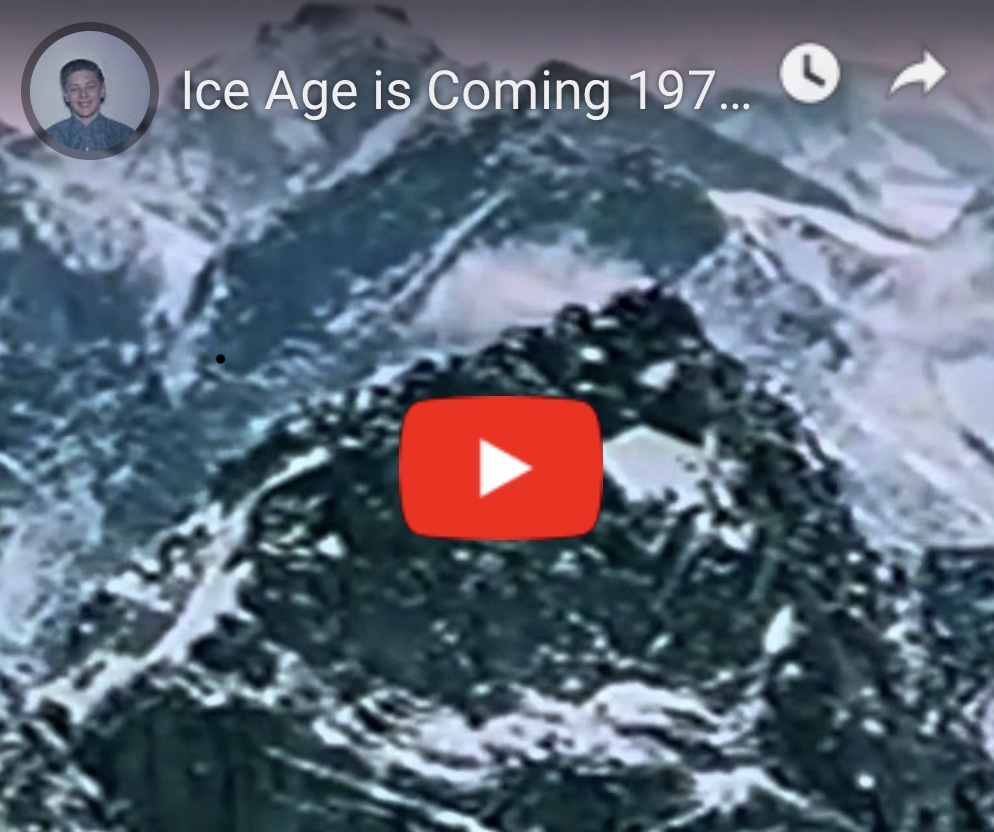 Today we hear of the impending horrors of global warming and the end of the world due to climate change. In 1978 the dark predictions about the end of earth’s civilization were over global cooling and of a coming Ice Age within our “lifetime.”

The video shown above is something that the current climate change movement doesn’t want you to see. It is a TV special called “In Search Of” that was televised in 1978. This documentary was a dire warning by leading scientists, climatologists and weather experts who were sounding an alarm about global cooling and a coming Ice Age. It was presented as “scientific fact” and based on a 30 year study of the earth’s cooling trend.

This televised climate program featured Leonard Nimoy (narrator), the US Army and the National Science Foundation, the State University of New York, Columbia University and world leading climate scientists who all claimed in 1978 that the earth was on the brink of a global cooling disaster.

But it wasn’t just the above video that was predicting with certainty that our world would enter an Ice Age within our lifetime. Below are 116 additional news media sources, documentaries, scholarly articles, books and publications that were also supporting the coming global cooling disaster. Who were these corroborating sources that were affirming the global Ice Age hysteria that was going to freeze our world? 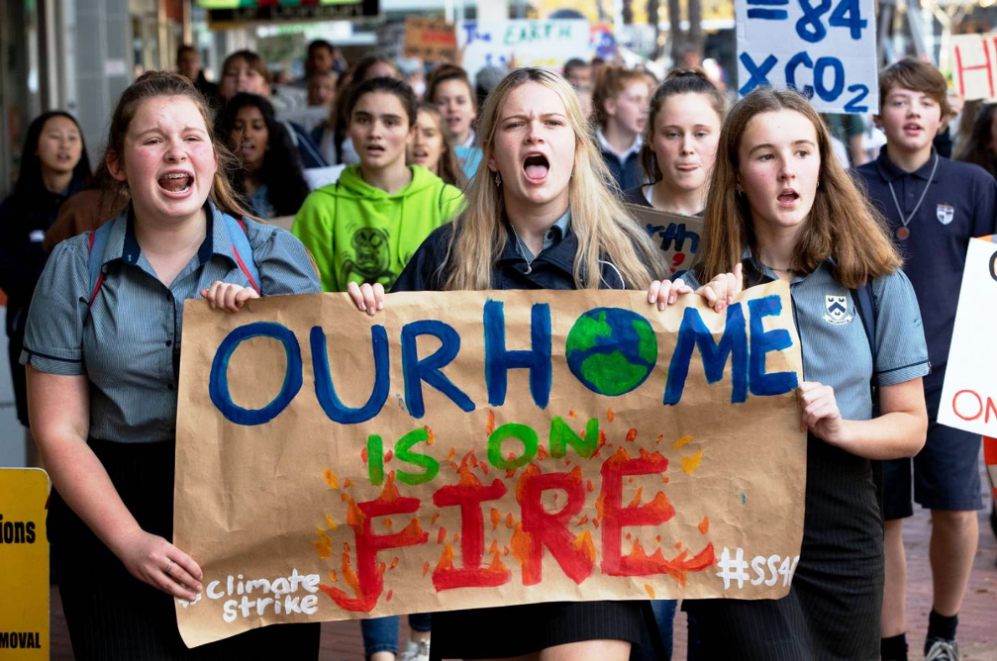 During the climate strike in New Zealand students call for action from local and national government on climate change. Photo: Tom Lee/Stuff

These are the same scientists and news media outlets that are now advocating the modern global warning hysteria; but just 40 years ago they were advocating that the world was going to freeze within our lifetime – and their predictions were all based on “science.” Today, these very same people have changed the message and the “science.” Now we are being told that our world is facing a global warming apocalypse. 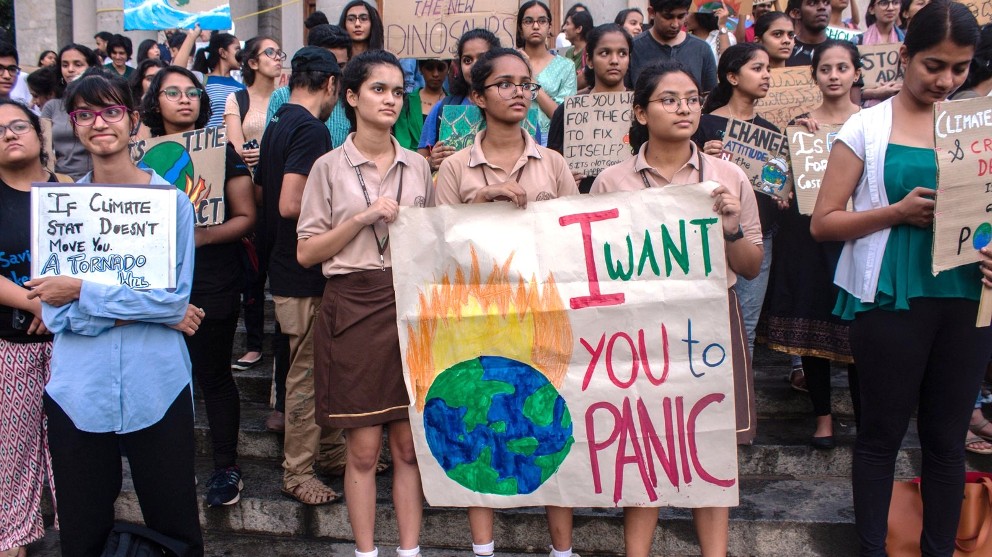 Students protesting during the climate strike in India. Photo: Vice/Fridays for Future

These 116 news stories and headlines are not isolated. It was a world-wide, global hysteria by leading scientists, climatologists, weather experts, historians, news media outlets and authors warning of an immanent Ice Age approaching within our lifetime that was going to engulf the whole world. Remember, this list is not comprehensive since not all the media publications from the 1970s are available in digital form.

Read the 116 sources and the headlines below and watch the video above and see how the “experts” were trying to force their climate hysteria on the world – and now they are trying to do it again.

1973 – Weather-watchers think another ice age may be on the way (The Christian Science Monitor, December 11, 1973)

These headlines with their links are published by Popular Technology.net [1]

The students today who are engaged in this world-wide climate strike have no clue that the “experts” are making an abrupt reversal on climate policies. How does the climate change movement flop-flop on “science” in just 40 years – from the world being destroyed by an Ice Age to being destroyed by global warming? 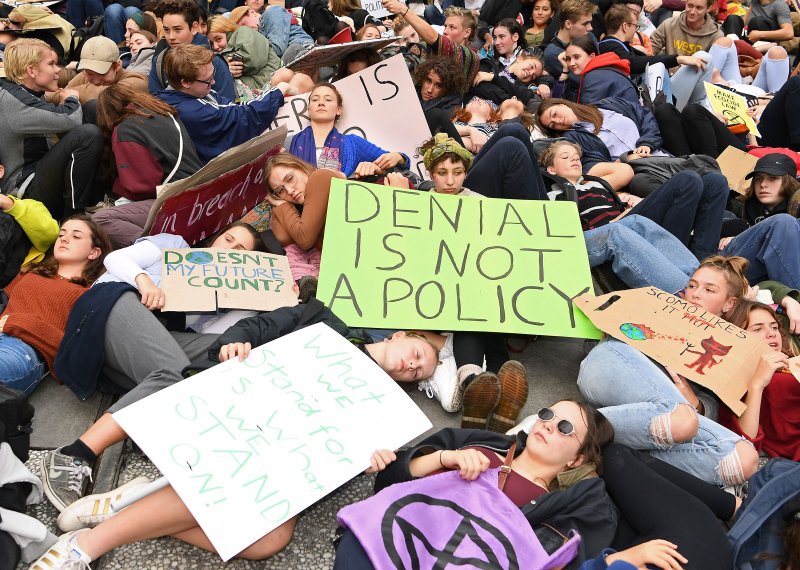 There are equally, experienced scientists who actually disagree with the climate change hysteria. They don’t get hardly any publicity in the press, hardly any funding, and they are not politically correct. [3] [4]

We have to recognize that there are two worldviews when it comes to interpreting science. Sadly, it is the secular, humanist worldview that has more to do with the conclusions we hear in the mainstream media – that global warming is man-made and drastic actions must be taken immediately to avoid global disaster.

This is the same left-wing, politically motivated science that tells us that a baby in the mother’s womb is just tissue. It’s the same propaganda-based science that says that there are over 100 different types of gender and that some are born with a gay gene. 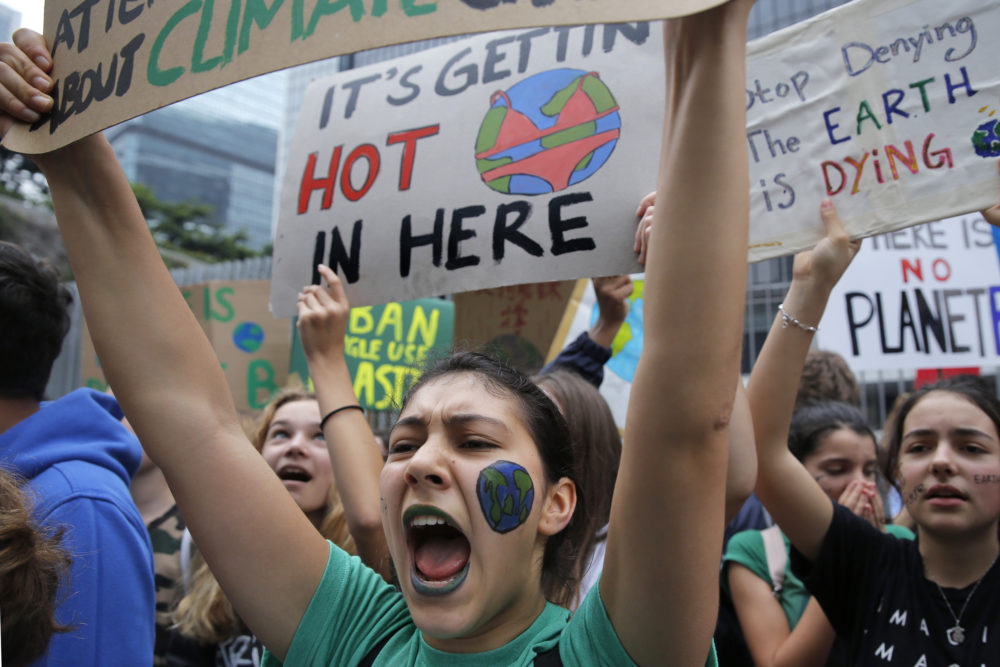 Students in the US protest during the school climate strike. Photo: WBUR/Kin Cheung

There is also a biblical view on climate change. God says that in the last days the earth is going to experience serious weather conditions and natural disasters. This climate phenomenon will increase and become more intense as we get closer to the Second Coming of Jesus. Our earth’s climate is changing. The only question is, “What is the real cause for all the planetary changes?” God says that it is not due to carbon (CO2); it’s because the world is coming into the period described in the Bible as the “last days of earth’s history.” [5]