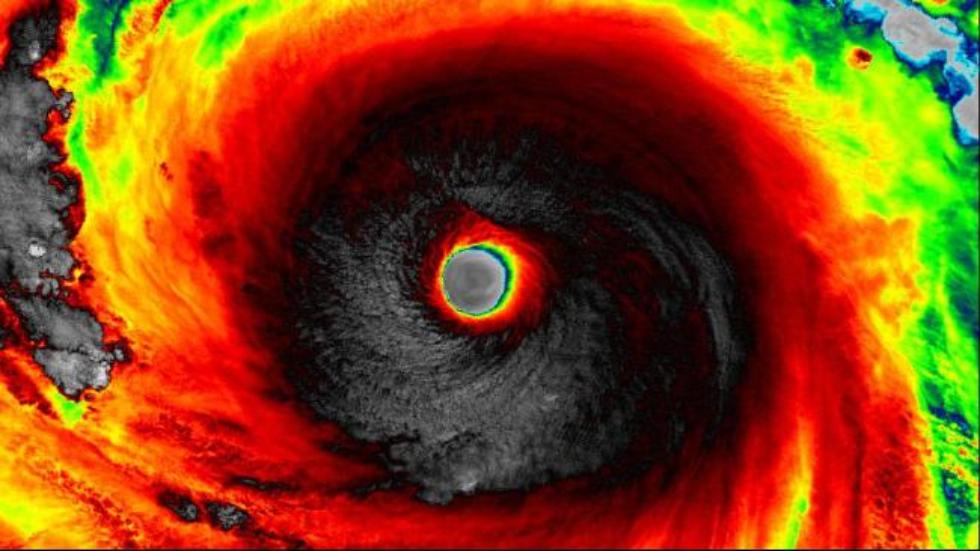 This is one very frightening storm that will bring destruction to everything in its path. Hurricane Irma is considered the most powerful storm in recorded history for the Atlantic Ocean. If you are in the projected path don’t even imagine that you will be able to ride it out. A Category 5 hurricane can destroy anything, including concrete buildings. And even if the buildings are cinder block the roofs will get ripped off the structures. Take heed to the warning and evacuate and don’t become sitting ducks to the 200+ mph wind gusts associated with this storm. Don’t wait around to be told twice, get out and evacuate. Learn from Hurricane Harvey and leave early.

People are praying and pleading for protection throughout social media. Prayers are even being offered by those who are not spiritual or religious. They are being offered for those in the path of this destructive storm. Sadly, there are no prayers for repentance or forgiveness of sins. We need to pray for the protection of life and property, but also for the salvation of our souls. Remember, many of these cities and towns are filled with violence and wickedness. There are dangers that are natural (hurricane) and others that are man-made (looting and armed robbery). So yes, we want people to be safe during and after the storm.

Many are losing their minds and have gone into full panic-mode and turning the gas stations and grocery stores into complete mad houses. It is pretty wild as gas, water and food have completely ran out. Others are blaming global warming and even Mother Nature for this terrible storm. But only God can ultimately control these elements:

“Out of the south cometh the whirlwind: And cold out of the north. By the breath of God frost is given: And the breadth of the waters is straitened. Also by watering he wearieth the thick cloud: He scattereth his bright cloud: And it is turned round about by his counsels: That they may do whatsoever he commandeth them Upon the face of the world in the earth. He causeth it to come, whether for correction, Or for his land, or for mercy. Hearken unto this, O Job: Stand still, and consider the wondrous works of God.” Job 37:9-14

All the signs of the end-times are described by Jesus in Matthew 24. These predictions are coming to pass as we see the agitation of both society and nature. The historic storms of Hurricane Irma and Hurricane Harvey, the historic, destructive fires throughout the western states and the threat of World War III with North Korea are all part of the signs and wonders that will increase more and more. These are the commotions described in prophecy that announce the 2nd Coming of Christ. These signs of judgment, disaster and doom have been delayed until the final scenes of earth’s history.

The long-suffering of God towards the rejecters of His love and mercy will be slowly withdrawn upon the cities and nations. As men and women reject God they reject the Divine Protection and are left without a defense.

“The conditions prevailing in society, and especially in the great cities of the nations, proclaim in thunder tones that the hour of God’s judgment is come and that the end of all things earthly is at hand. We are standing on the threshold of the crisis of the ages. In quick succession the judgments of God will follow one another—fire, and flood, and earthquake, with war and bloodshed. We are not to be surprised at this time by events both great and decisive; for the angel of mercy cannot remain much longer to shelter the impenitent.” (Prophets and Kings, p. 278).