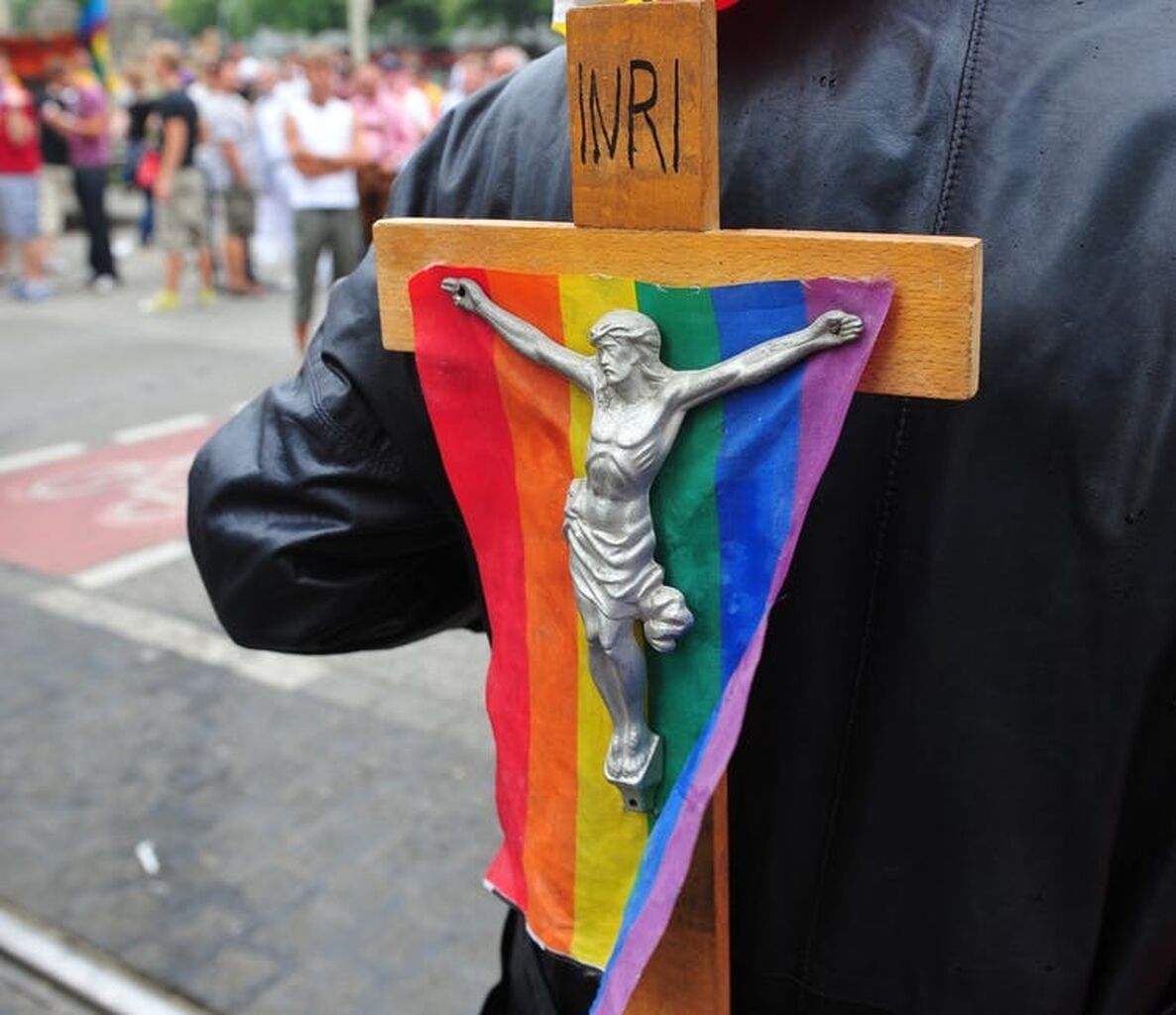 The well-known Jesuit priest and author, José María Rodríguez Olaizola, has written an article to commemorate ‘Gay Pride’ on the Jesuit website, PastoralSJ.org. He regrets that this year there will be no floats, parades and crowds celebrating ‘Gay Pride’ due to the coronavirus outbreak. But he looks to the day when there will no longer be any need to have them. He says that day will come when:

The Jesuits have one serious problem. It’s called a “Bible” problem. There is not Biblical command or example in all of the Holy Scriptures for what they are doing. No matter how you read the Bible, there is no way to interpret it as giving the Church permission to accept the reality of the right to “homosexual love.” You can turn the Bible upside down, turn it around, turn it in circles and still it will not give the church the right to sanction something that God has not authorized.

Jesuit revisionists have joined the movement to legitimize homosexuality in the church. They have become LGBT+ advocates, even though what they are doing is completely opposed to the Christian faith and the history of the church. When these Jesuit priests invoke the name of God during mass, they are not calling upon the true God, the God of Abraham, Isaac and Jacob. These people were praying to an imaginary god created by the LGBT+ movement, a god who does not exist in the Bible, but a god who exists only in their own imagination.

The push to force immorality on the church has begun. The recent decision of the United States Supreme Court that codified the LGBT+ lifestyle as a civil right will help accelerate this Jesuit plan in which all churches will accept “homosexual love.” That is the new American system in the modern era. The days of raising your family, running your business and living your faith as described in the Bible are coming to an end.

Soon, the LGBT+ mafia will force many Christians to bow down and apologize for their homophobia and bigotry. Many of our churches will become submissive, awaiting instructions from the new LGBT+ masters. They will force their sexual immorality on all those churches that try to resist. If you protest, they will persecute and prosecute and beat you until you accept the Jesuit vision and affirm homosexuality.

You may recall how in Acts 5 the first disciples were imprisoned; they were called to stand before the chief priests and were told to change their message. Those days are coming upon us again. May God grant us the grace to stand up and say, “We must obey God rather than men.” Acts 5:29.

But the God of heaven, the mighty Ruler of the universe, took this matter into His own hands; for men were warring against His work. He showed them plainly that there is a ruler above man, whose authority must be respected. The Lord sent His angel by night to open the prison doors, and he brought forth these men whom God had commissioned to do His work. The rulers said, Speak not “at all nor teach in the name of Jesus;” but the heavenly messenger sent by God said, “Go, stand and speak in the temple to the people all the words of this life.” (Testimonies, Vol. 5, p. 713).