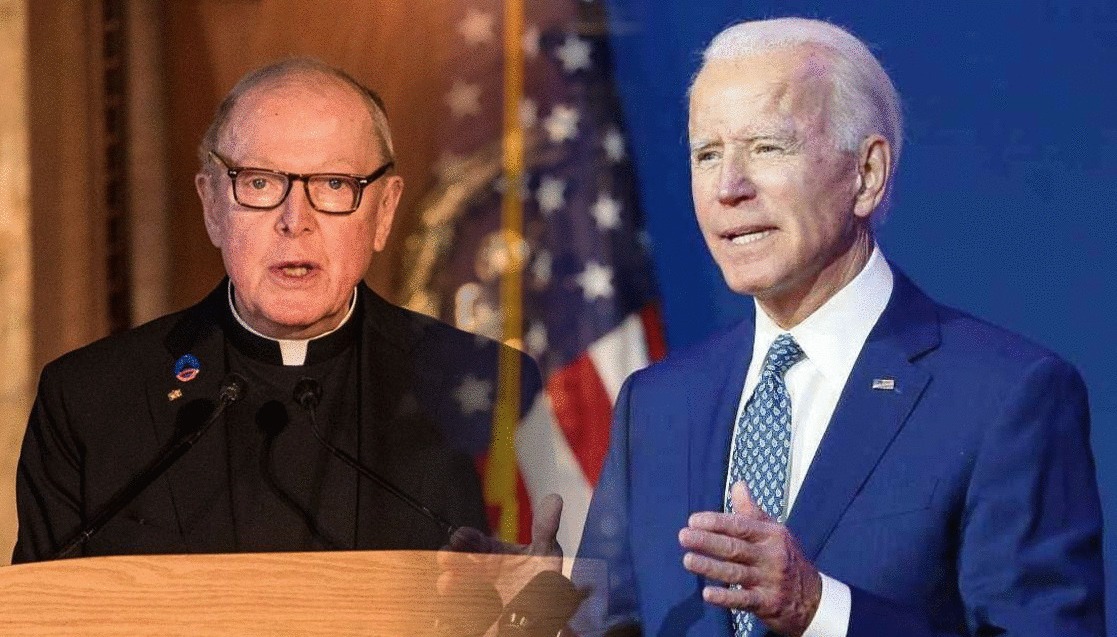 Welcome to year #1 of the Global Reset. Rome will celebrate on January 20, 2021 when 86-year-old Jesuit Father Leo O’Donovan, former president of Georgetown Jesuit University, will offer the prayer at the swearing-in ceremony of President-elect Joe Biden. [1] The Jesuits are entering an intimate relationship with America. We are not just talking about ceremonial gestures and prayers during the inauguration. Pope Francis, the Jesuit, and Joe Biden will unite political and religious powers in a common vision and mission.

Pope Francis’ encyclical, Laudoato Si’, is part of Joe Biden’s vision for the United States. [2] Joe Biden and Pope Francis have already pledged to work together to solve the climate crisis. [3] Joe Biden has already praised the importance of Laudato Si’[4] and has even been promoting Fratelli Tutti, the other encyclical of Pope Francis. [5]

Even the most casual observer of prophetic events can see that something is about to happen, quickly. The two great superpowers of prophecy, the beast and the image, have already outlined their new social engineering strategy for the world! They, TOGETHER, believe that they will establish a global era of peace and justice by leading the world towards liberal, socialist, Marxist and Jesuit philosophies.

No one will stand in their way. Unfortunately, President Donald Trump was an obstacle. As a nationalist and anti-globalist president, Trump opposed the policies of Pope Francis. For Rome, Donald Trump was a problem. But now with Trump out of the way, we will now see an intimate and close working relationship between the two great superpowers of Prophecy: the United States and the Vatican. This is what Revelation says has to happen.

“For God hath put in their hearts to fulfil his will, and to agree, and give their kingdom unto the beast, until the words of God shall be fulfilled.” Revelation 17:17.

All the kings of the earth will give their power to the Beast. President Trump wanted to return power to the people. Unfortunately, fate, or as some would say, prophecy, got in the way. The entire nation could have voted for King Belshazzar to continue to rule in Babylon. But the prophetic word declared that Babylon would fall and subsequently, Darius the Mede rose to power. The world could have voted for Darius III to continue as head of the kingdom, but prophecy said that another kingdom would come to pass and Alexander the Great assumed control.

So it has been and so it will be. God’s word will always be fulfilled. Did you know that the United States and the Vatican also have their appointment with destiny? For the end-time prophetic events to happen, the entire world – politicians, religious leaders and business leaders will unite with Rome. This will ultimately lead the healing of the deadly wound, the image of the beast and the mark of the beast. The only missing piece of the puzzle was for the president of the United States and Pope Francis to come together in a close working relationship for the implementation of a global prophetic agenda.

Sadly, Donald Trump was hampering Rome’s global ambitions, so he had to go. On November 17, 2020, during the early stages of a contested election, Pope Francis called Joe Biden and congratulated him on winning the 2020 presidential election. [6] It was over before it even started. Now these two men, Pope Francis and Joe Biden, will come together to work on advancing their prophetic roles. God help us. Let’s work while we can to spread the everlasting gospel of Revelation 14 before it’s too late.

“The work which the church has failed to do in a time of peace and prosperity, she will have to do in a terrible crisis, under most discouraging, forbidding circumstances.” (Evangelism, 31).