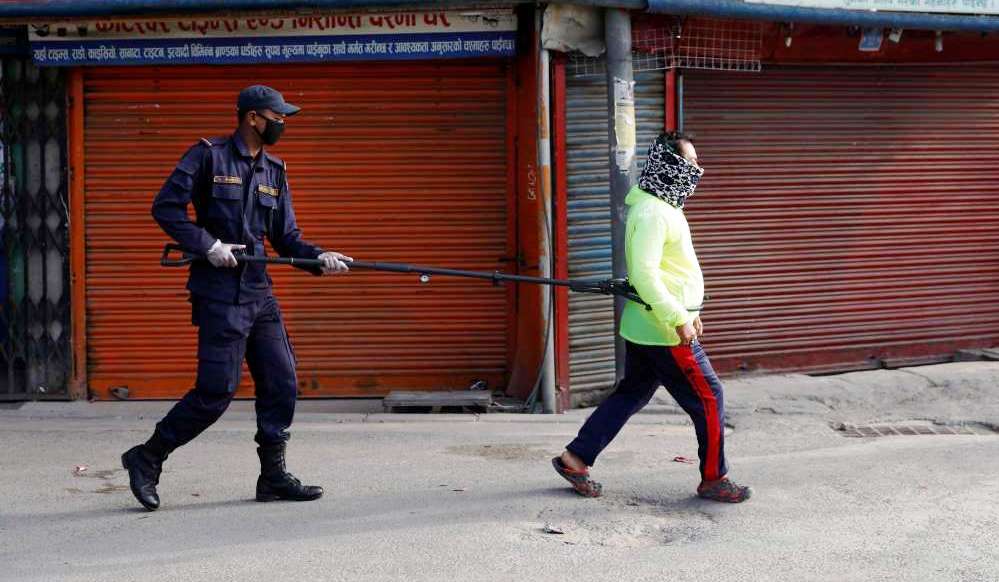 Government officials and mayors across the country are cracking down on “criminals” who violate social distancing laws. Public health experts are constantly creating new and ever-changing social distancing policies. These policies are then being used to create a new type of “criminal” out of ordinary citizens during the coronavirus crisis.

Chicago Mayor Lorrie Lightfoot severely threatened to criminally arrest those who disobey her stay at home order. She recently held a press conference and warned that social distancing violators would be shut down, treated as common criminals and thrown into jail.

'We will shut you down!'

'We Will Take You To Jail, Period!' pic.twitter.com/uLekzltmF4

This means that Mayor Lightfoot is a criminal by her own standards. She should be arrested, thrown in jail and treated like a common criminal. Mayor Lightfoot violated the same rule that would place ordinary people under arrest. This is the problem with some who are in authority. They selectively and inconsistently enforce their own rules. In some states abortion clinics and liquor stores can open; but not churches.

Mayor Lightfoot legally prohibits others from cutting their hair, but then she gets her hair cut. Look at the excuse she gives for violating her own order.

Below is another example that Mayor Lightfoot is getting tough on our “new” criminals. She is not talking about drug traffickers, gangs or corrupt politicians. No, she is shutting down children on playgrounds. Notice how one kid tells the mayor to “go home.”

After a news conference decrying house parties and telling people to stay home, Chicago Mayor Lori Lightfoot crossed the street to tell youth outside a school to go home.

In Dallas, salon owner and mother Shelly Luther was fined $7,000 and sentenced to 7 days in jail for telling a judge that she needed to work in order to feed her children. Why was she facing a judge? What was her crime? She opened her business so that she could make money and buy food. Her crime is cutting people’s hair. She is a fugitive from justice for making people look good. She was guilty of wanting to provide food for her family.

Shelly Luther was told by the judge that she was being “selfish” and that she needed to apologize and close her business. The judge said that if she apologized he would spare her jail time and let her off with just a fine. Notice her response:

I don’t mean to say this lightly, but she is a hero and a true patriot. She is a defender of freedom and a testament to what America once was. She is standing up against unjust judges. She refused to apologize and went to jail for it. Due to her faithfulness, many eyes have been opened to this and other injustices and now the Texas Supreme Court has ordered her release.

The Supreme Court of Texas has ordered Shelley Luther be released from Dallas County jail! pic.twitter.com/lU7KHzJPGi

In an effort to protect their citizens, government officials are violating civil and religious liberties in ways never seen before. A former Colorado police officer was arrested because he was playing with his daughter in a park. They were alone. [1] In Manhattan Beach, California, city officials issued people 129 citations (up to $1,000) for violating social distancing orders that forbid gatherings of “two or more people.” [2]

These are the new criminals of today. These are the new threats to society. Radical social distancing laws are turning kids in playgrounds and regular citizens into criminals. Millions of American citizens are being deprived of essential freedoms and liberties under the largest mass quarantine in history.

Where are our religious liberty leaders in this hour of need? Where are PARLA, IRLA, Liberty Magazine and the other defenders of freedom? They are nowhere to be found. Perhaps they are “monitoring” the situation. Well, now is not the time to be monitoring anything; it is a time for action.